The couple incorporated the naval aspect in the wedding with a blue and orange theme. 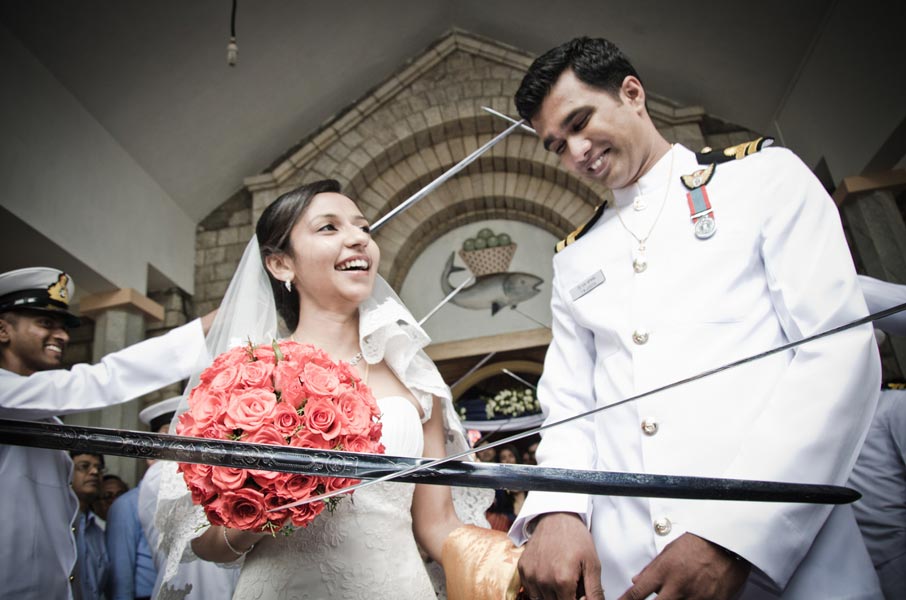 Trivandrum boy, Tittu joined the National Defence Academy to pursue his dreams. Twinkle, also from Trivandrum, graduated from the National Institute of Technology, Calicut and went on to do her Masters in Environmental Engineering from Stanford University, California. She was an environmental scientist with the Public Utilities Board of the Singapore Government. 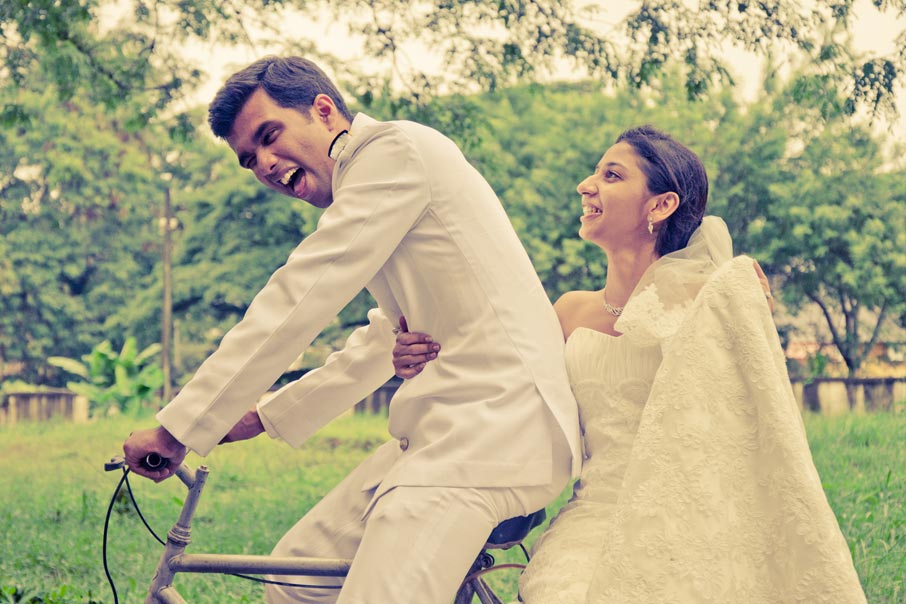 Tittu and Twinkle were introduced by a common friend and let their friendship blossom into long-distance love over the Internet. Marriage brought Twinkle back to India where she runs D’Aisle Bridals, a specialist boutique for wedding-gowns. 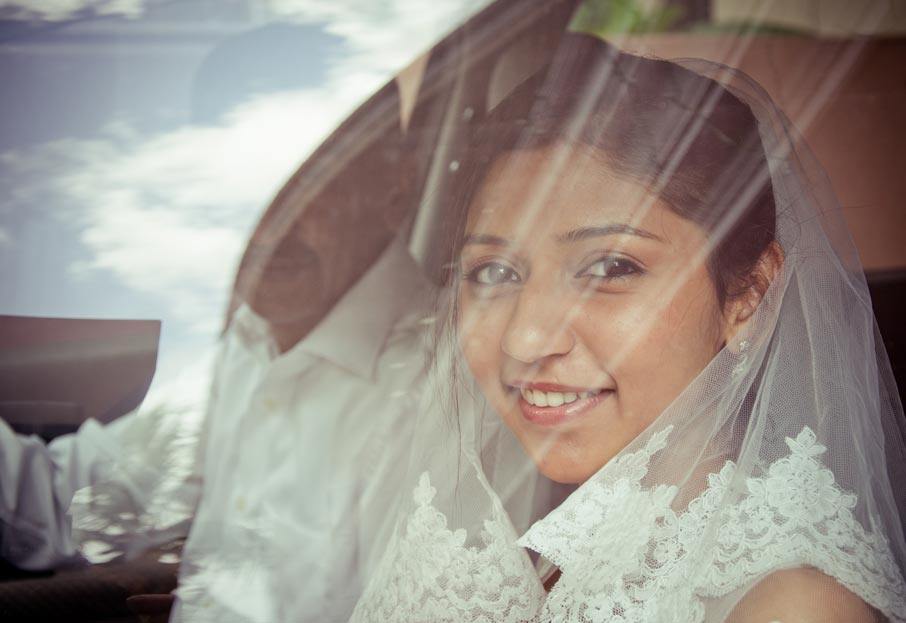 Their Malankara Catholic ceremony took place at St Mary’s Cathedral, Trivandrum. Since the groom is a Naval Officer, aspects of naval tradition were incorporated into the wedding ceremonies. 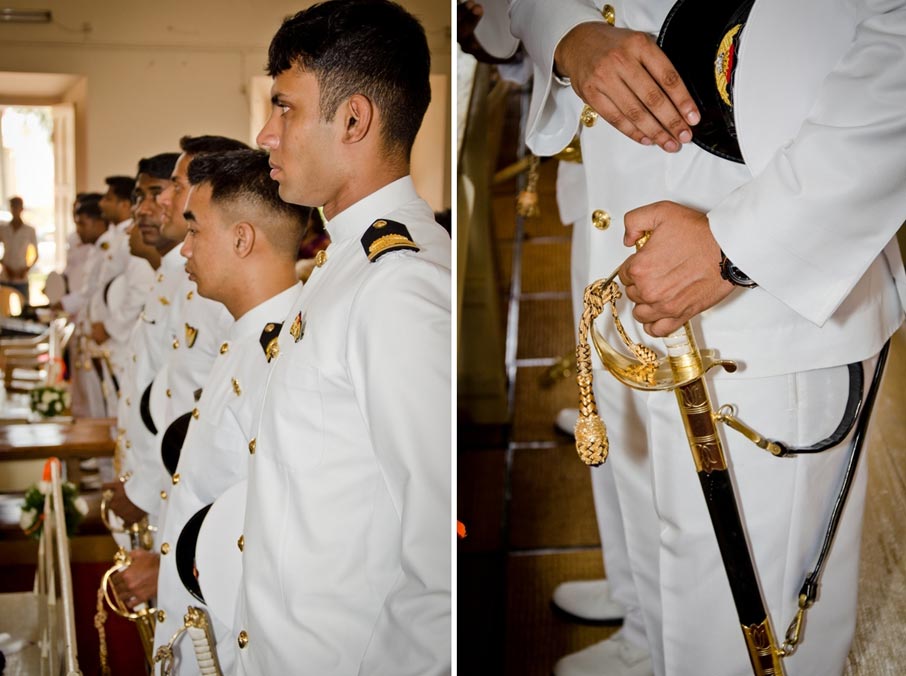 The Naval ceremony had two parts. The first was the leading in of the bride and the groom to the altar. The second was the grand Arch of Swords ceremony.Naval Officers lined up to form an arch while the newly married couple walkedthrough. At each section a pair of naval officer lowers the swords to form a barrier and asks the bride and groom to perform a task to get past.  This symbolizes the welcoming of the bride into the Naval family. 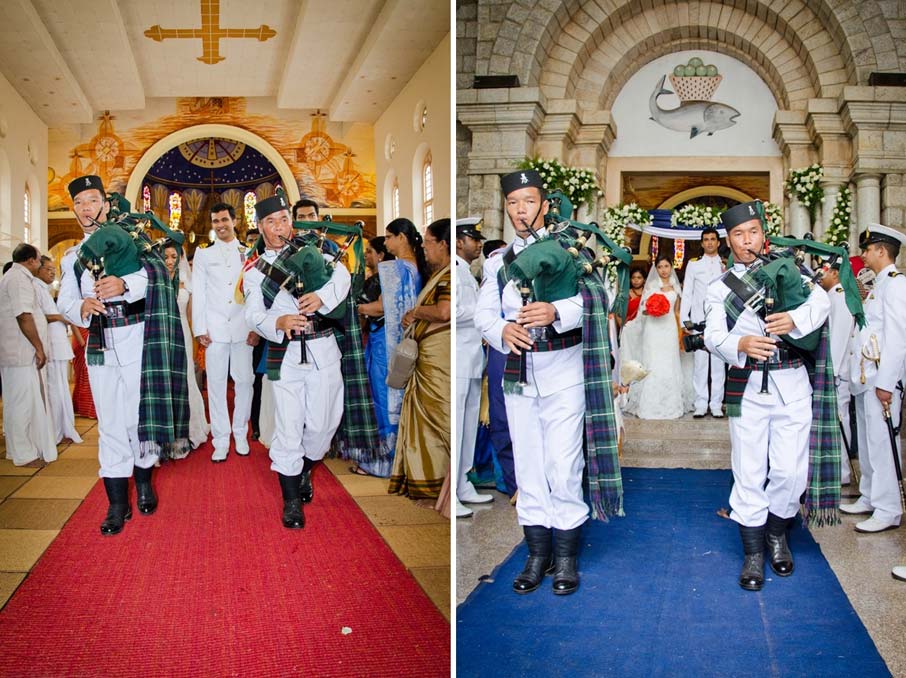 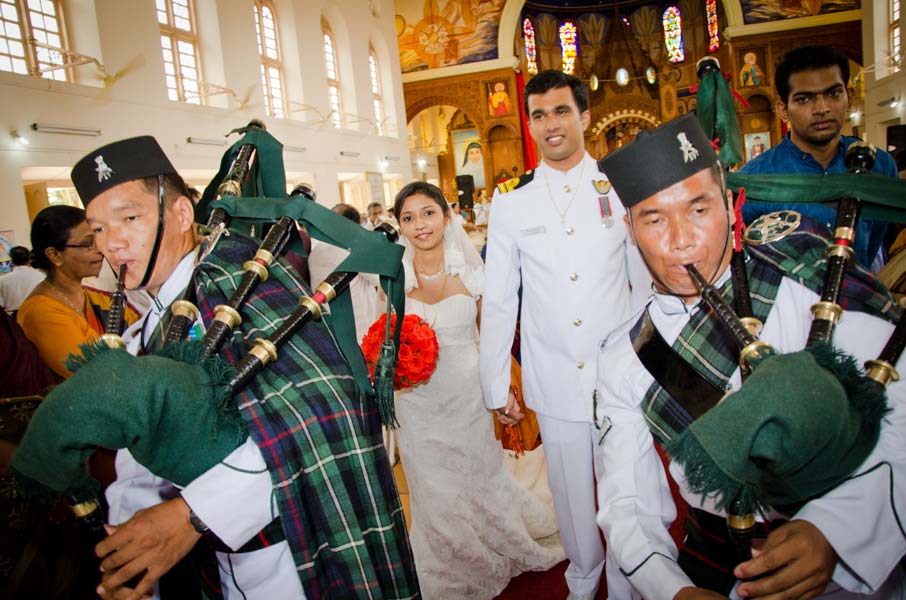 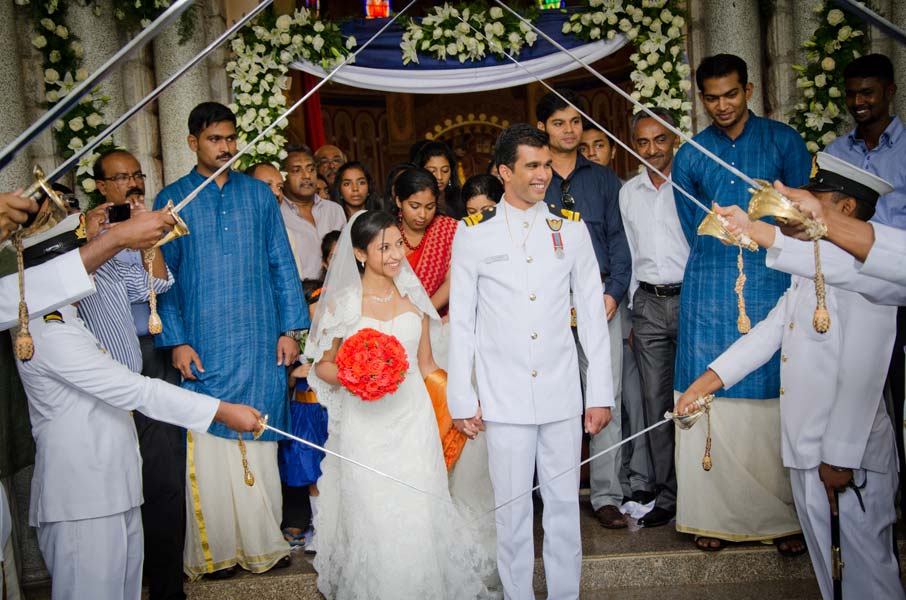 The theme colours of the wedding were blue and orange, which were reflected in the floral arrangements, decoration, invitation cards and even the wedding attire of the family. 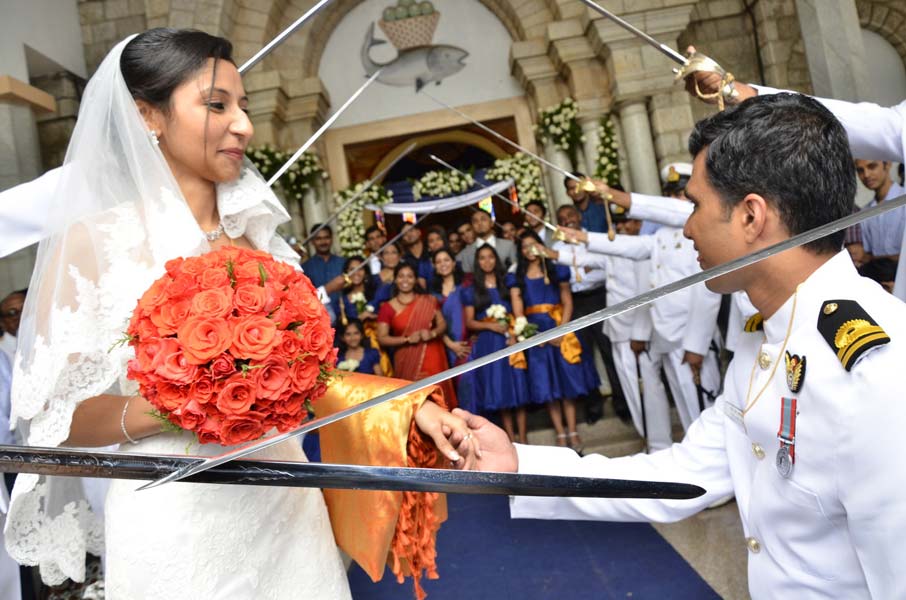 Since it was a naval wedding, the groom was in official naval uniform for the church and naval ceremonies. He changed into a formal suit from Raymonds for the reception.

Adept at research professionally, the bride had no problem researching and designing her own gown, then crafted by a seamstress in Singapore. The process enthused and inspired her enough to start her own venture, D’Aisle Bridals, aimed at helping other brides walk the aisle in style. 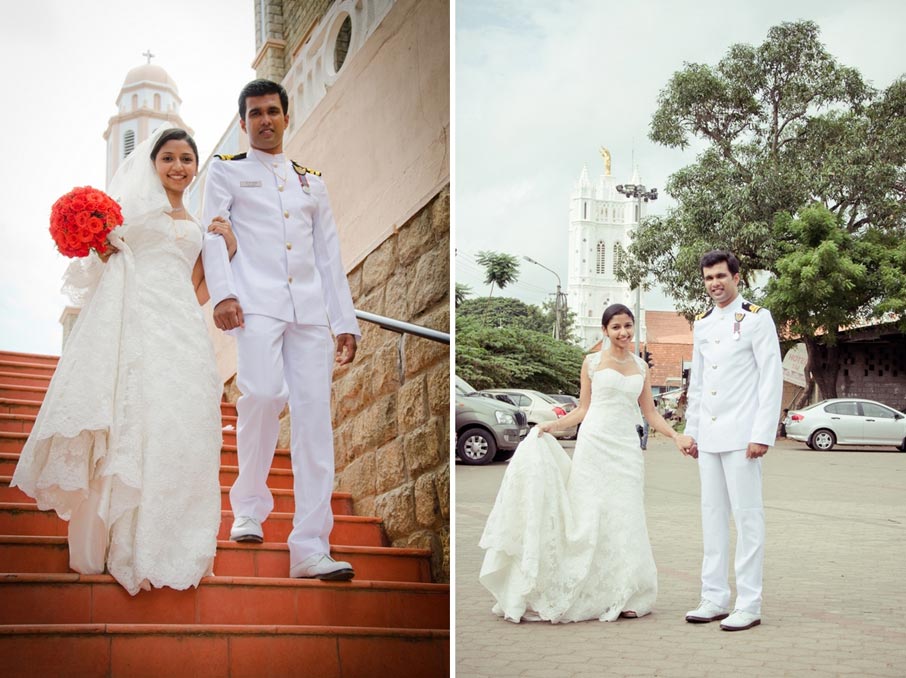 As part of the Kerala Catholic tradition, the groom gifted the bride a saree, symbolizing his promise to protect her. The groom chose a Kancheevaram from Seematti, Ernakulam that the bride changed into for the reception.

The couple was very hands-on about the wedding planning. “We wanted to incorporate the naval and color theme into every aspect of the wedding.But since theme weddings were a novel concept in Kerala at the time, we had difficulty finding wedding invitations and stage décor that did justice to the theme.” The groom decided to take it all in hand and had wedding invitations designed and printed, along with monogrammed napkins and table drapes. He even had stage props, an 8-foot high anchor and wheel, custom-made at a local workshop. Keeping in mind the requirements of the bride and groom, the wedding photography was entrusted to Dr Robin George, a freelancer from Trivandrum. The post-wedding shoot was done in various locations in Trivandrum and Ernakulum.