Prerna and Ayush – Europe and US

Prerna shares her love story, “Ayush was my college senior. We had known each other for two years before we started dating in 2012, when he passed out of college and was about to move to London. So we sustained a long-distance relationship till he came back to New Delhi. We tied the knot on March 29th 2015 at the Tivoli Garden Resort Hotel in Chattarpur in New Delhi.” 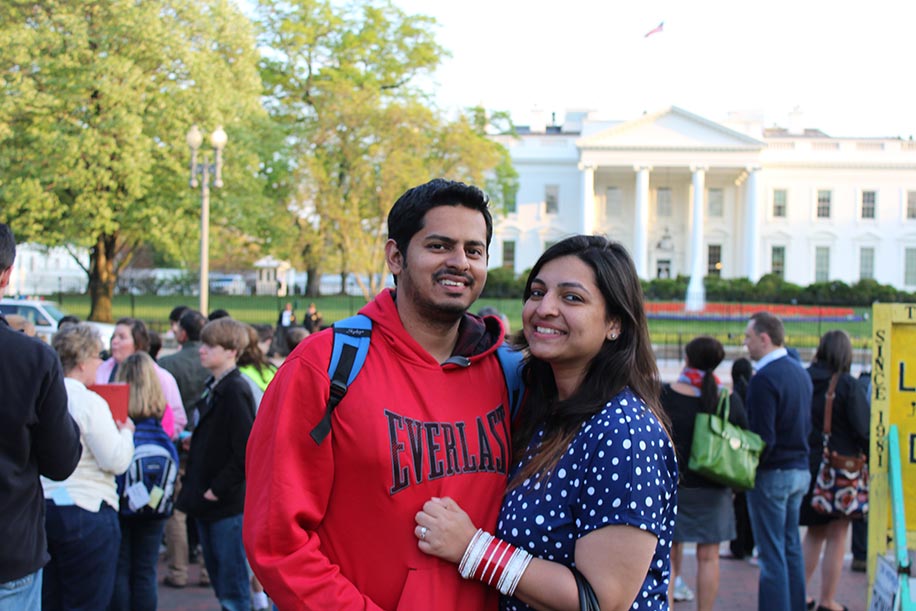 Honeymoon Highlights
For the couple, who are die-hard Bollywood fans, a honeymoon in Europe was the obvious choice with its romantic locales and beautiful backdrops. “I am such an ardent fan of Shahrukh Khan and his superhit movie Dilwale Dulhaniya Le Jayenge that I had to include Switzerland in the itinerary. I just could not skip it!” Prerna gushes.
Some of their more memorable hotel stays included the stylish City Oberland Hotel in the Swiss town of Interlaken, and quaint family-run San Giorgio e Olimpic hotel in Florence.
Ayush and Prerna, being avid globetrotters, added US to their honeymoon itinerary too. She adds, “We wanted to explore as many places as we could. And since I was thinking of pursuing my Masters degree in the US, I thought it would be useful to visit the country and understand the culture there.”

They visited New York, Las Vegas, Niagara Falls and Washington, and ended up staying in the US for a month! Ayush was most excited about showing Prerna around London as he had studied there.

The snowy peaks of Switzerland such as Mount Titlis and Jungfraujoch, and lush green Lucerne and Interlaken were the perfect backdrop for romantic photos of the couple.

In Paris, they were awestruck by the magnificent Eiffel Tower, the Louvre museum and the historic Arc de Triomphe, before heading to the US.

“In New York, we once again did the rounds of all the must-see places such as the Statue of Liberty, Times Square, Central Park and the Brooklyn Bridge, among others…” recounts Prerna.

Las Vegas beckoned this fun-loving couple, as did Disney Land. In London Prerna got a peep into Ayush’s life there before he moved back to New Delhi, and they had a grand time re-visiting his favourite landmarks such as the London Eye, the Tower of London, Buckingham Palace, Big Ben and Westminster Abbey, among other places. 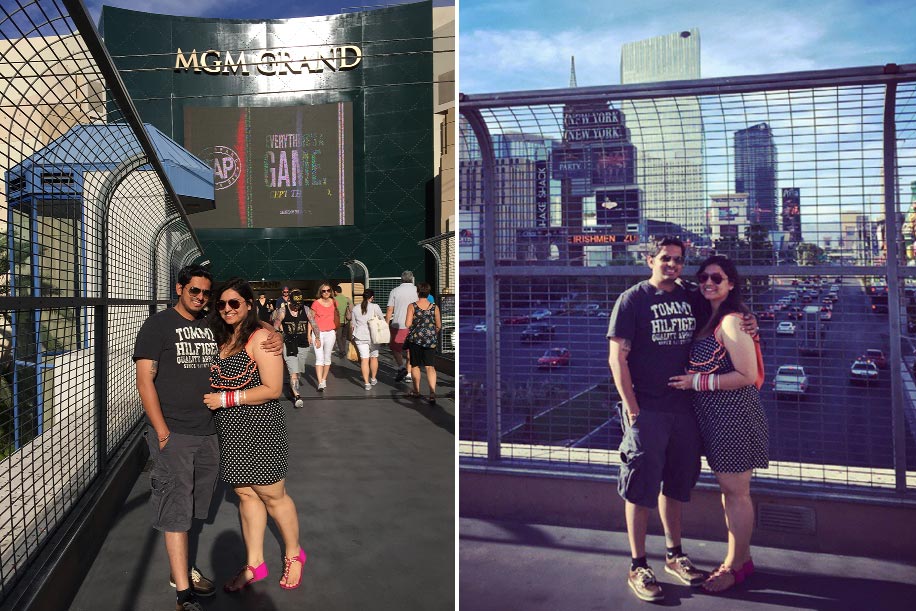 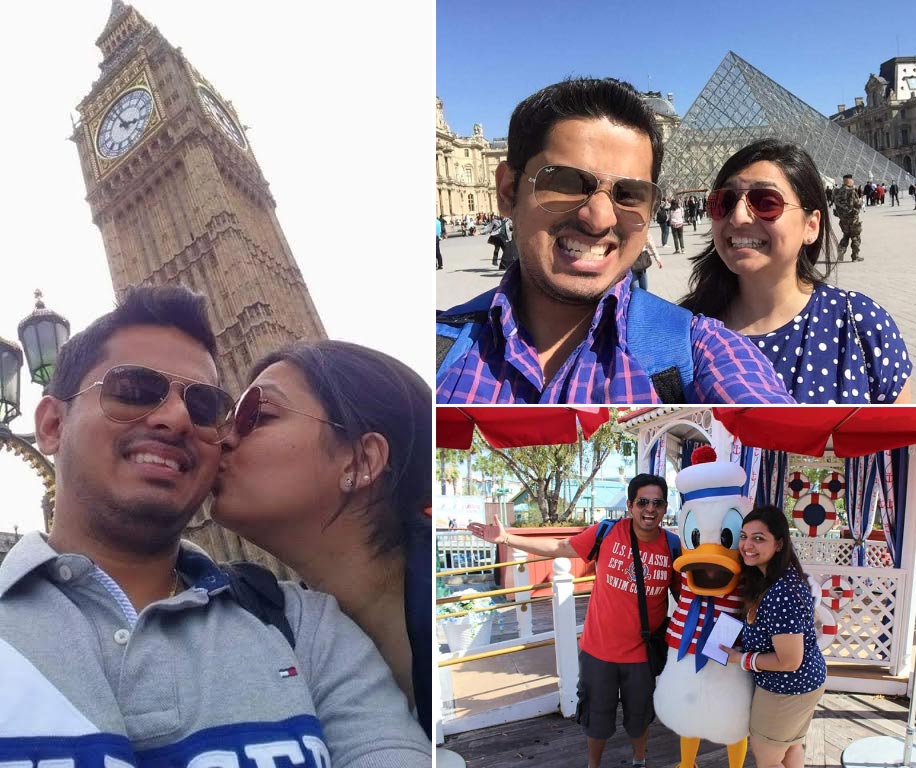 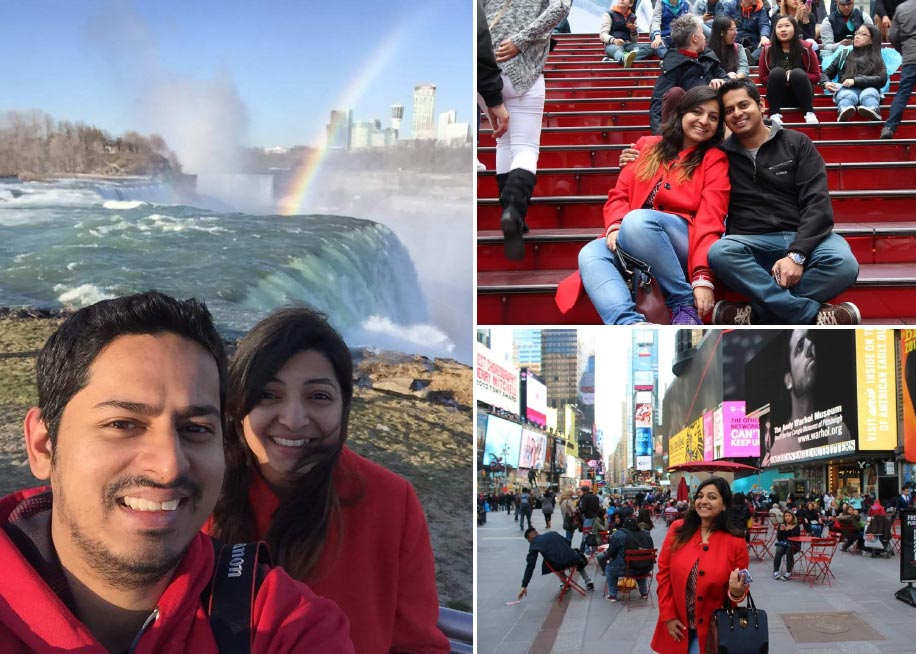 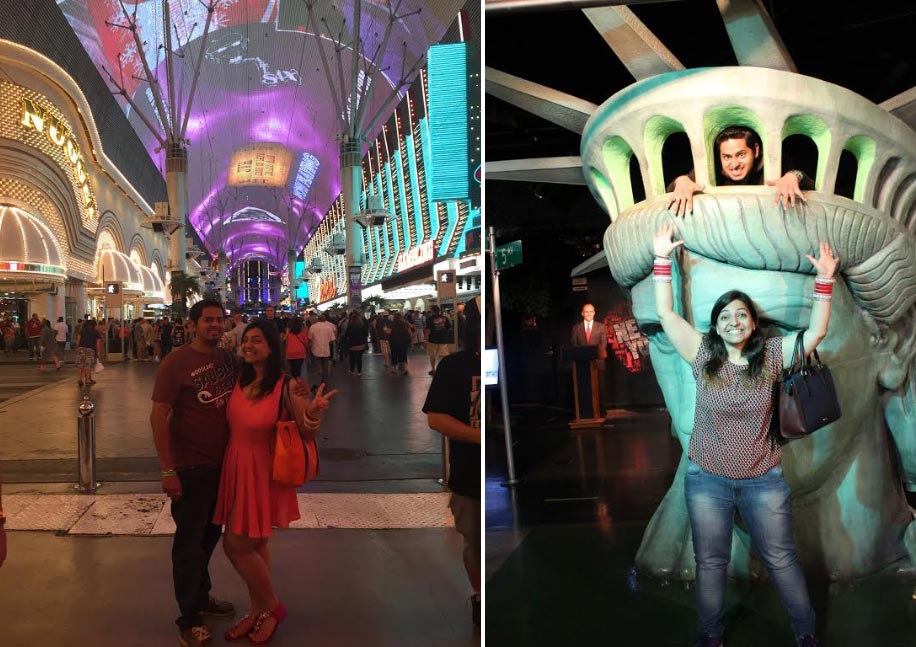 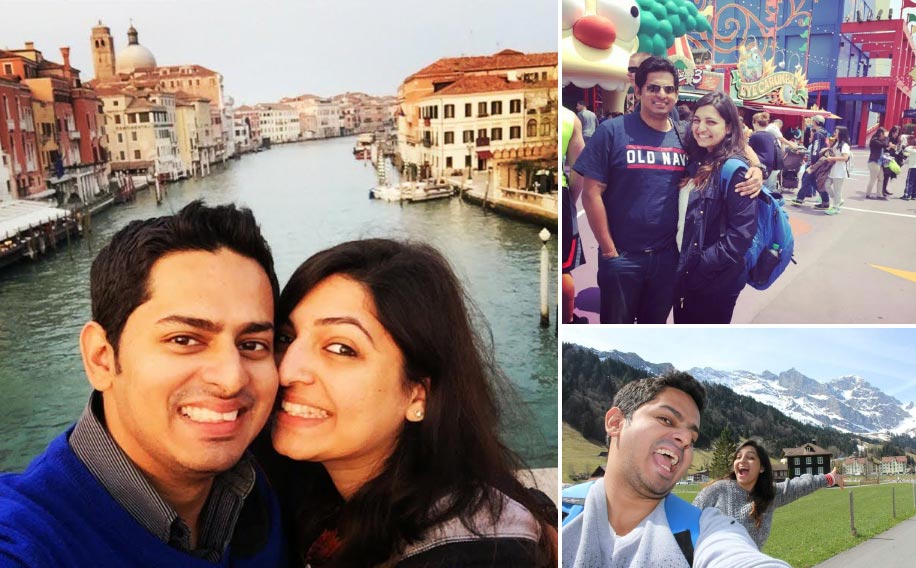 Best Meal of the trip
Prerna says, “We both prefer sampling local cuisines of a region, be it at a 5-star restaurant or from a street vendor. I don’t remember the exact names of all the restaurants we dined at… we just enjoyed exploring the streets and ate at whatever place that took our fancy.”

Most romantic moment
The couple share that although they had many romantic moments during their honeymoon, the highlight was an evening walk on a beautiful bridge in Lucerne. The scene, to them, seemed straight of a movie with the moon shining bright and its radiance reflecting in the river where white swans were swimming calmly… “It was then that Ayush looked at me and said that marrying me was the best decision of his life. I could not have asked for more!” sighs Prerna.

Must Experience
Prerna recommends walking tours for couples that don’t like laidback holidays as it’s the best way to explore new destinations. “Take local transport like trains and buses to truly discover a city and its diverse residents. The hop-on and hop-off buses are an economical yet great way to sightsee any place as they typically have audio tours on board. Try and stay at quaint, independent hotels instead of a generic international chain for that unique, local flavor,” are Prerna’s top tips, while Ayush heartily recommends trying the hot dogs and chicken-rice in New York, which he says are a culinary ‘must-do’.

Can Avoid
Venice. If it is in your itinerary, don’t spend more than one night there.