After a lavish wedding in Delhi to her sweetheart Gaurav, a honeymoon in Europe was a dream come true for Sakshi.

They fell in love with Paris, saw the snow-clad peaks of Switzerland sparkle and travelled the canals of Venice to explore its secrets (and its kadai paneer!) Sakshi and Gaurav’s honeymoon was a set of picture postcards. Now back home in Gurgaon after their wedding, Sakshi tells us all about a honeymoon that travelled three countries and a whole lot of fun. 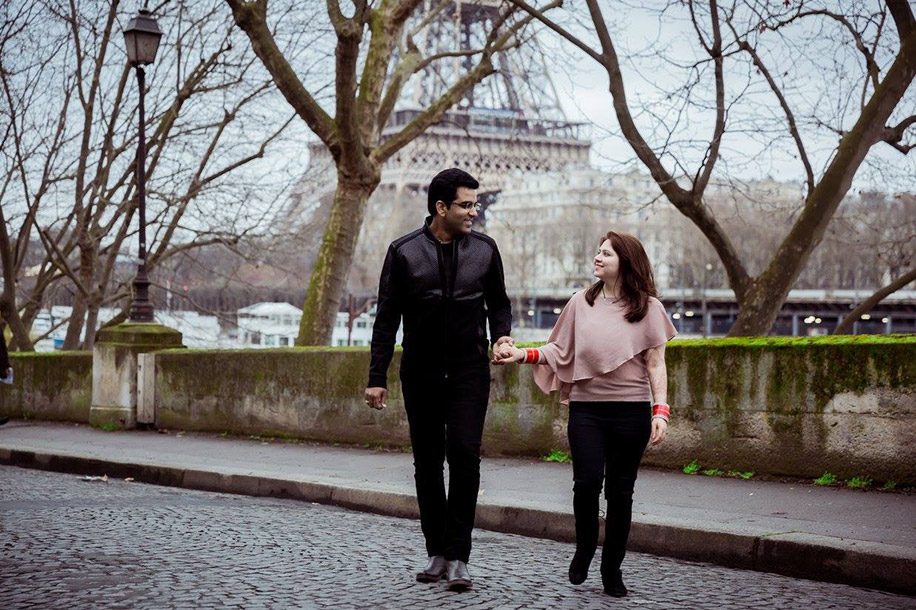 How we met
“We both met in a café, our families in tow – it was a typical arrange marriage first-meeting. We’d hardly chatted for 15 minutes and our families got along really well and before we knew it, the match had been decided. I still don’t know how it happened so quickly – two people who barely know each other make such an important decision – but sometimes it is fate that decides. It has been almost a year and we are happily married!” 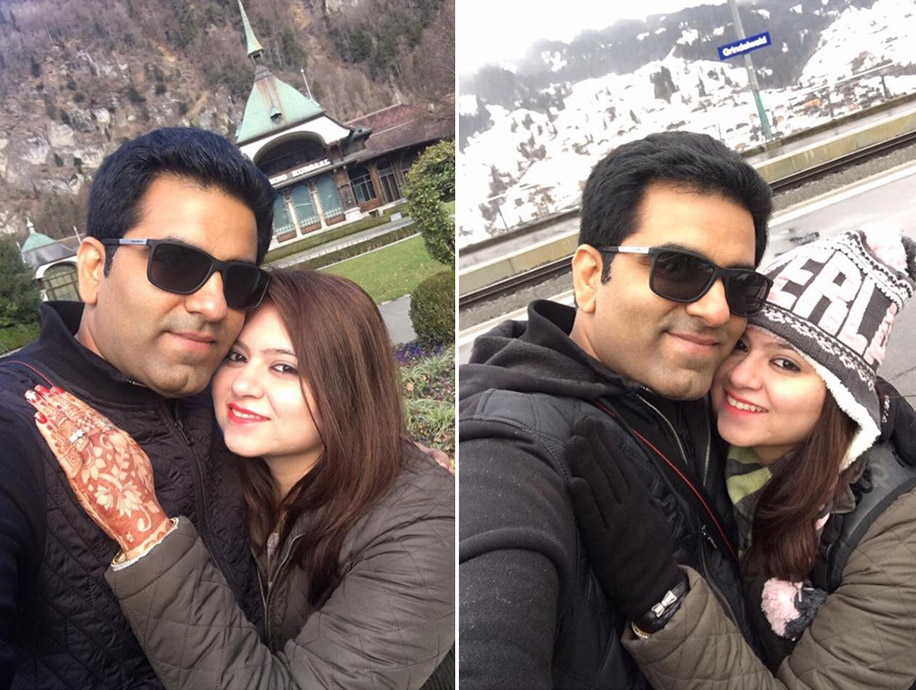 Honeymoon Highlights
“In Switzerland we’d planned a trip to Jungfraujoch in the Bernese Alps – the very top of Europe but thanks to bad weather we only got to Interlaken. Let’s say we’ll have to get to the top on another trip. That’s something to look forward to.

In Paris, we took a city tour and had a memorable lunch at the Eiffel Tower. We’d planned at photo shoot there and at the Louvre. We also loved our visit to Disneyland, Paris. It was amazing!

Naturally in romantic Venice we did the romantic thing and took a wonderful gondola ride which was followed by a very intimate dinner. We also visited many museums and hired a private yacht to take us around to see the sights.” 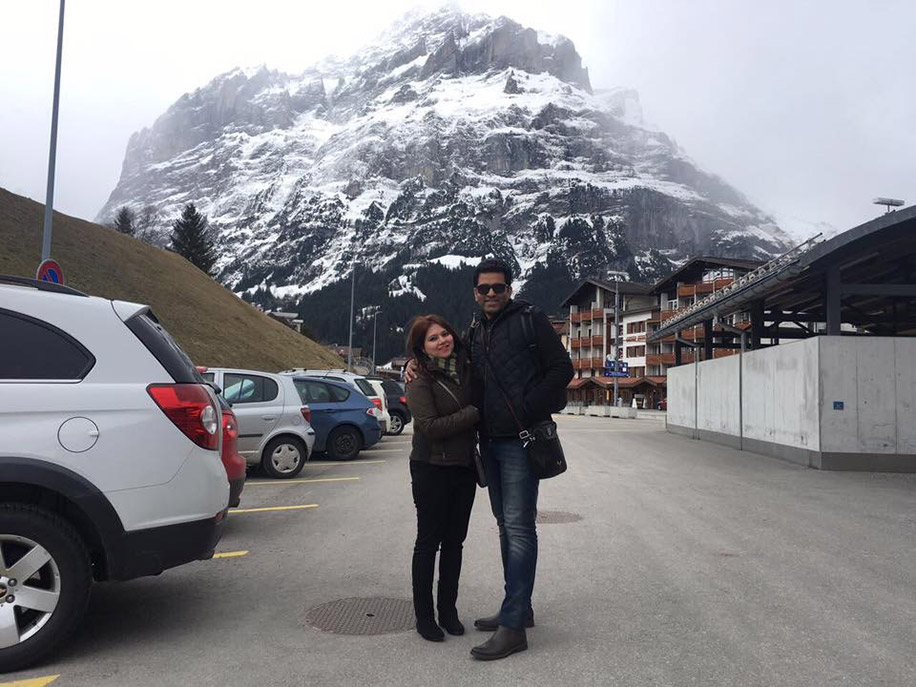 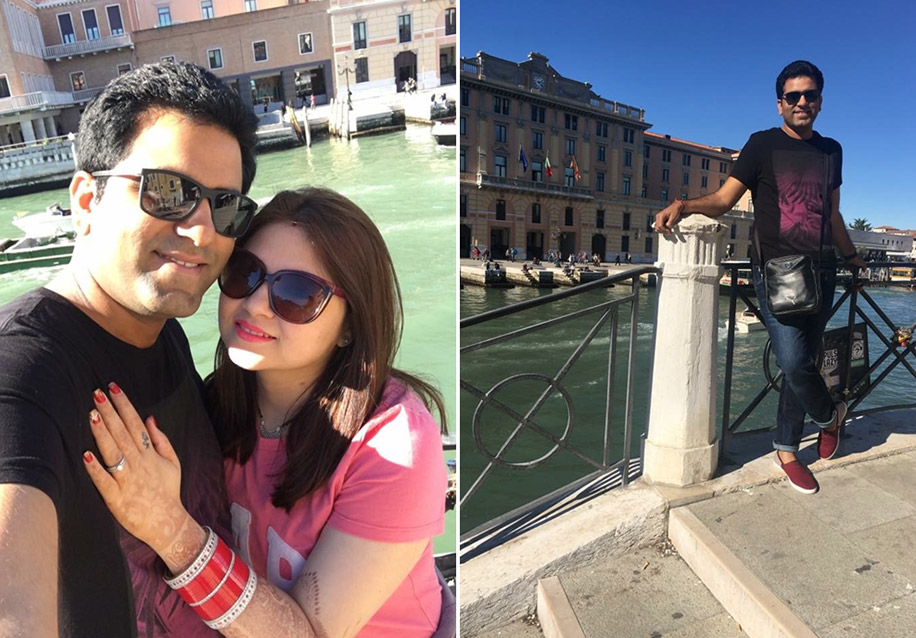 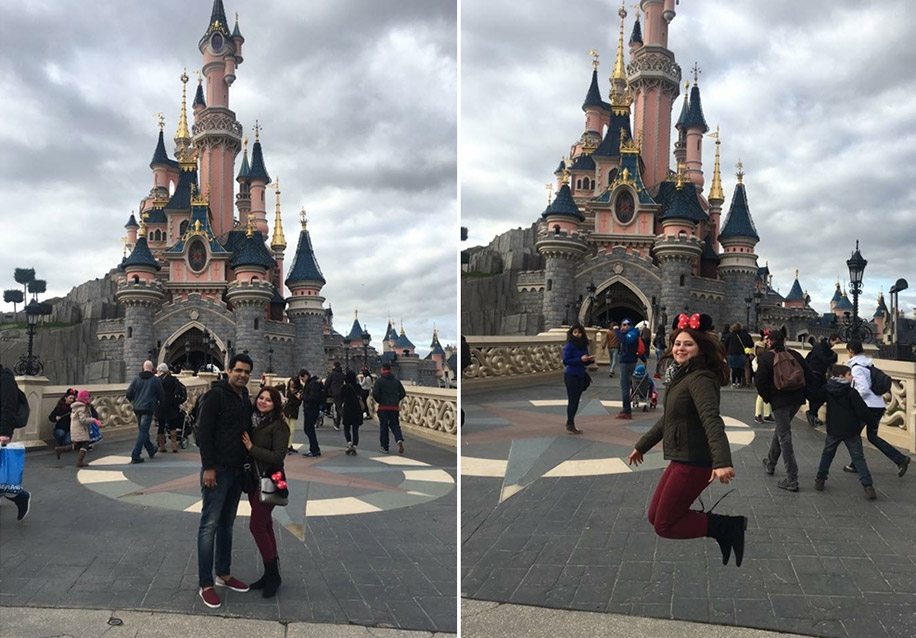 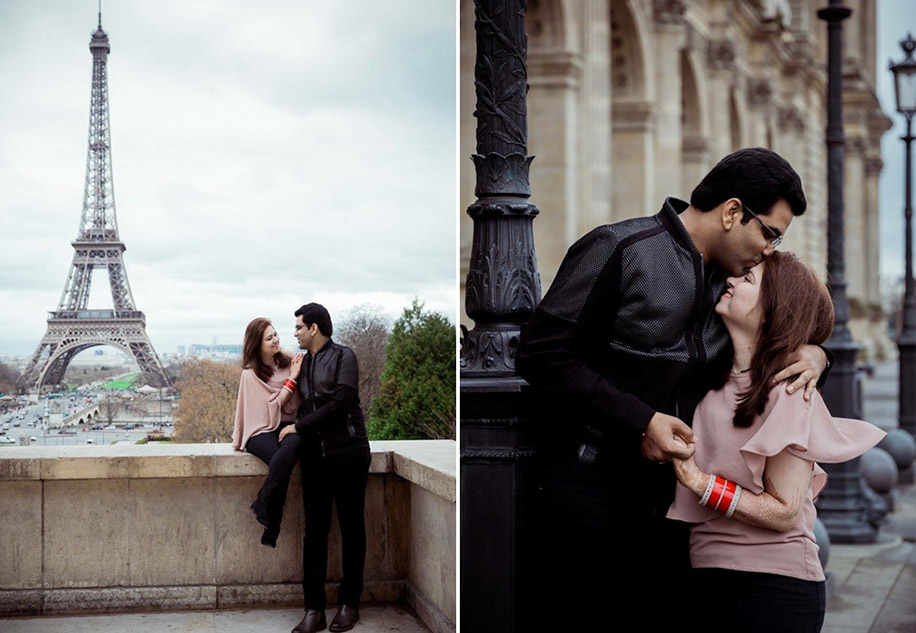 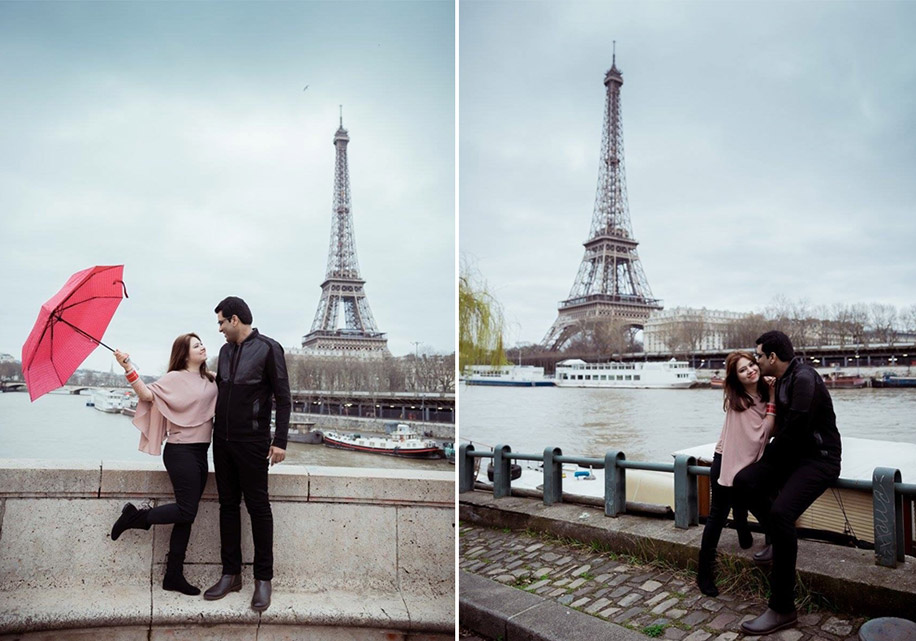 Best meal of the trip
“Venice was the last destination and we were so missing Indian food by then that we hunted high and low until we found an Indian restaurant called Ganesh Ji. I can’t tell you how happy we were to find kadai paneer and daal makhani. The food was amazing!” 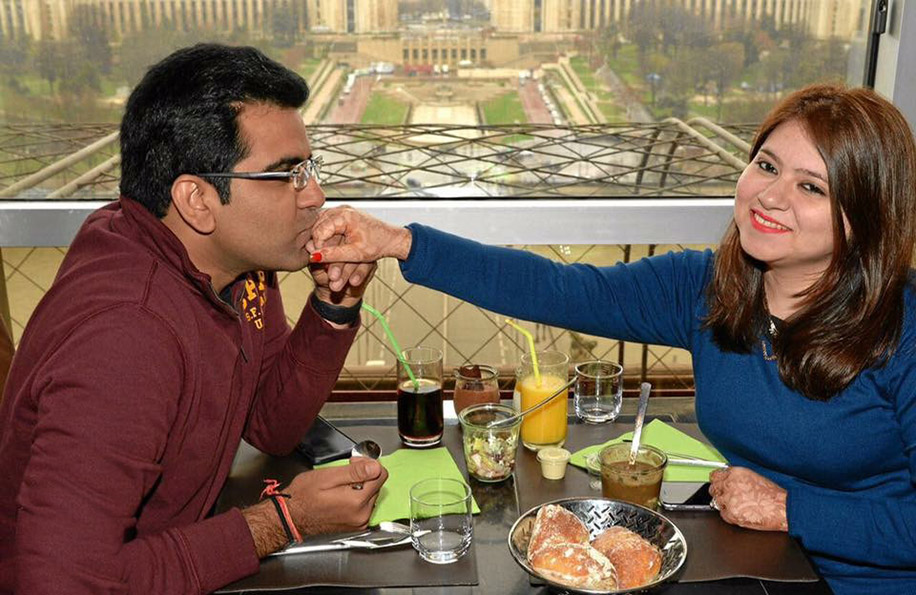 Most romantic moment
“There were three most romantic moments from the entire trip. Our lunch at 58 Tour Eiffel Restaurant was wonderful. The time spent during the photo shoot at the Louvre and the Eiffel Tower in Paris was tender and fun. And of course, gondola ride in Venice was very memorable.”

Must-experience
“Don’t miss a visit to Mount Titlis and Jungfraujoch in Switzerland! Disneyland Paris is a must! Murano and Burano Islands in Venice were also a highlight of the trip that we would definitely recommend.”

Can-avoid
“Gondola rides at night are best avoided. Also, the museums in Paris and Venice can be skipped if you don’t have a deep interest in the arts or history.”

Must-avoid
“Stay safe and like in all big cities, going out in the wee hours of the morning, especially in Paris is best avoided.”