Saloni and Gautam, Europe and the United Kingdom

From sleeping in a glass igloo to splurging at Oxford Street, this couple traversed across Europe to celebrate their union. 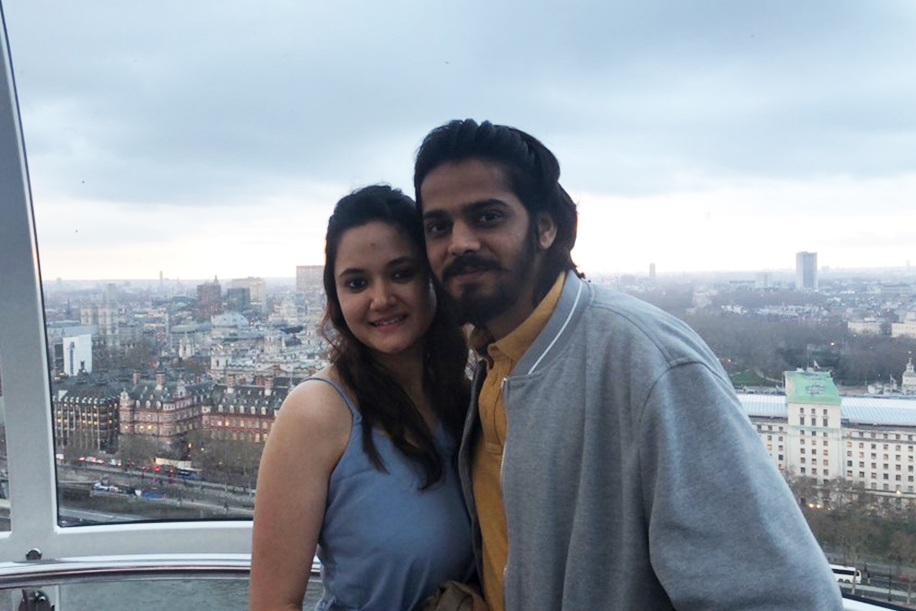 How They Met
“Gautam and I first met through an arranged marriage setup, but unfortunately we were not interested in each other. But, as fate would have it, we kept bumping into each other at parties hosted by common friends. Finally, one day, he approached me on Facebook and we started conversing which led to a date. And from there on, there was no looking back! In due time, we informed our parents and quickly got engaged.” 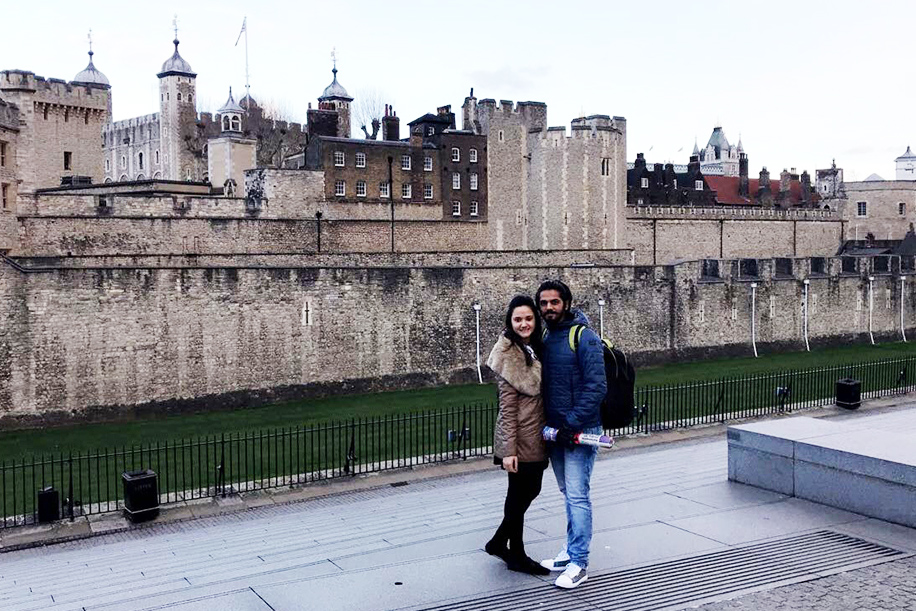 Honeymoon Planning
“Gautam’s first choice was a trip to London, but I was very keen on Finland due to my fascination with the Northern Lights. So to make sure that both our wishes were fulfilled, we consulted our travel planners who made our dual preferences meet seamlessly with an itinerary that incorporated both of our dream destinations.” Honeymoon Highlights
“We experienced the thrills of sleeping in a glass igloo while watching the Northern Lights and sledding with reindeers. Additionally, we also played with huskies and crossed a frozen lake on a snowmobile in Finland. Moving onto Copenhagen, we explored the city to the fullest by visiting various amusement parks and restaurants. We also explored the outskirts of the city where natural beauty is at its best.

In Amsterdam, we went slightly crazy with our club hopping and partying at night, and going for peaceful walks by the canals in the day. Finally, in London, we had an amazing time shopping on Oxford Street, visiting Madame Tussaud’s and the London Eye. We also indulged ourselves by exploring the vibrant nightlife of the city.” 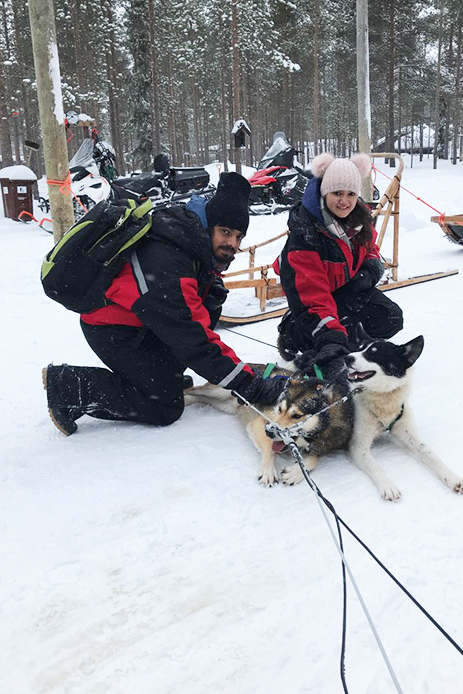 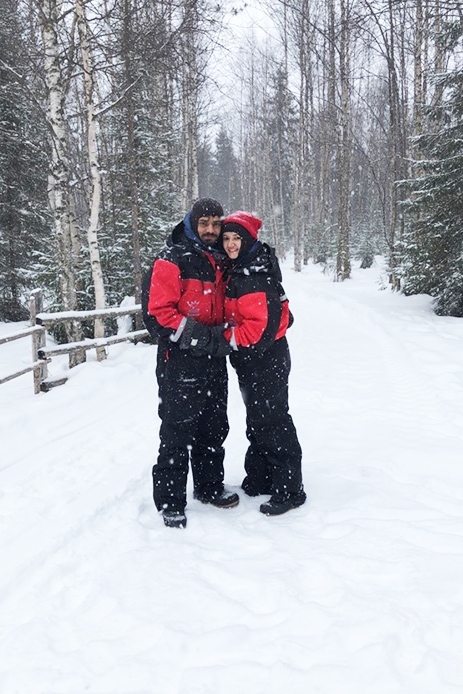 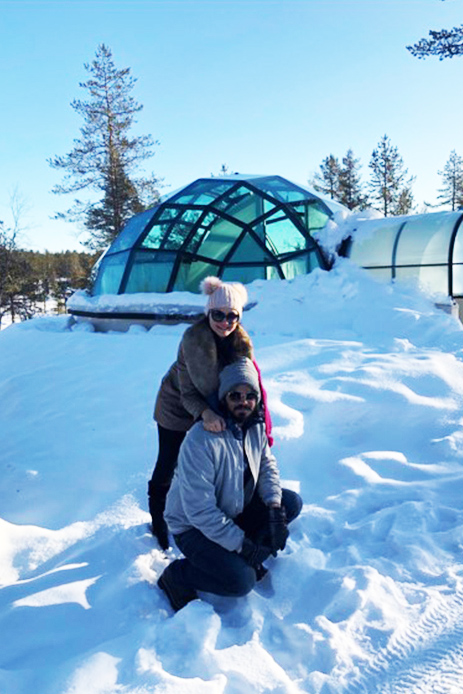 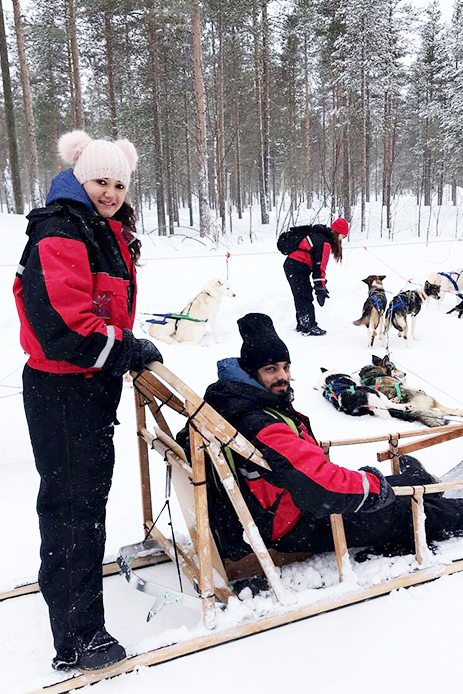 Best Meal of The Trip
“We had delicious meals everywhere, but two were absolutely exceptional! The first one was at the Kakslauttanen Arctic Resort East Village in Finland, and the second was at the Coppa Club in London.”

Most Romantic Moment
“We experienced true romance when we were lying down in the igloo and watched the Northern Lights overhead in fascination. It was an extremely magical moment which both of us will cherish forever. 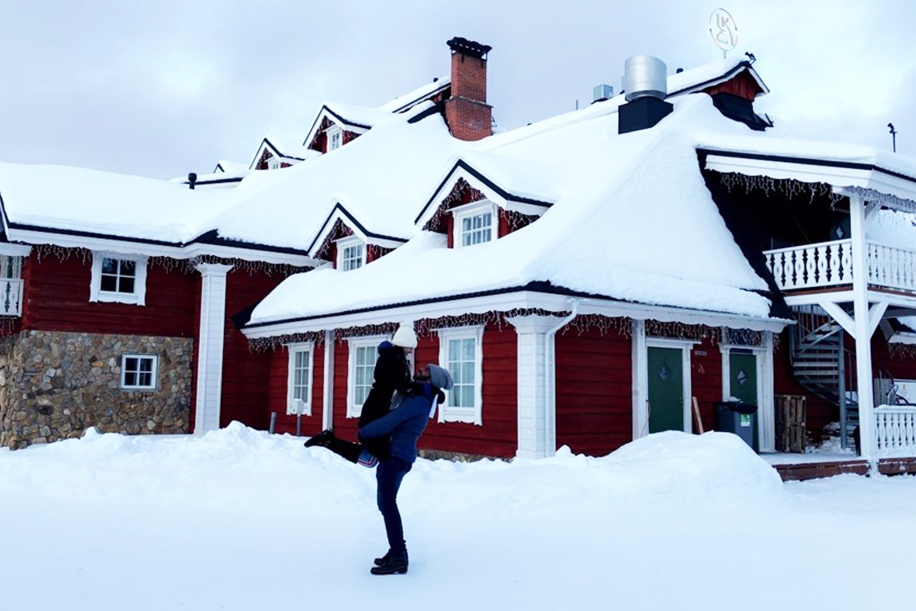 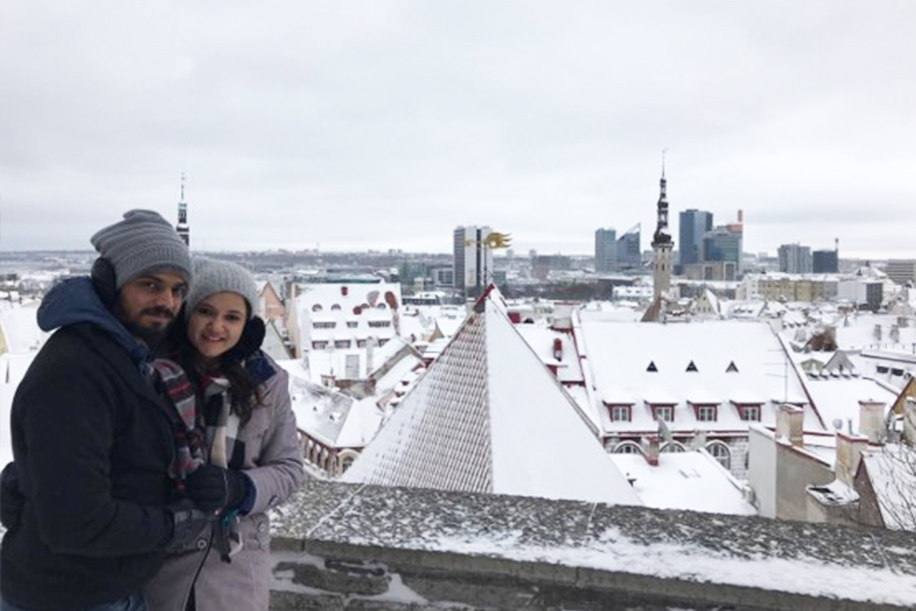 Must-experience
“If you’re planning to visit the same destinations that we did, then the husky rides, reindeer sledding, crossing frozen lakes on snowmobiles, watching the Northern Lights, the Heineken experience, red light secrets, biking in Amsterdam, and long walks at Nyhavn are a must. And when in London, let your inhibitions go and try everything!” 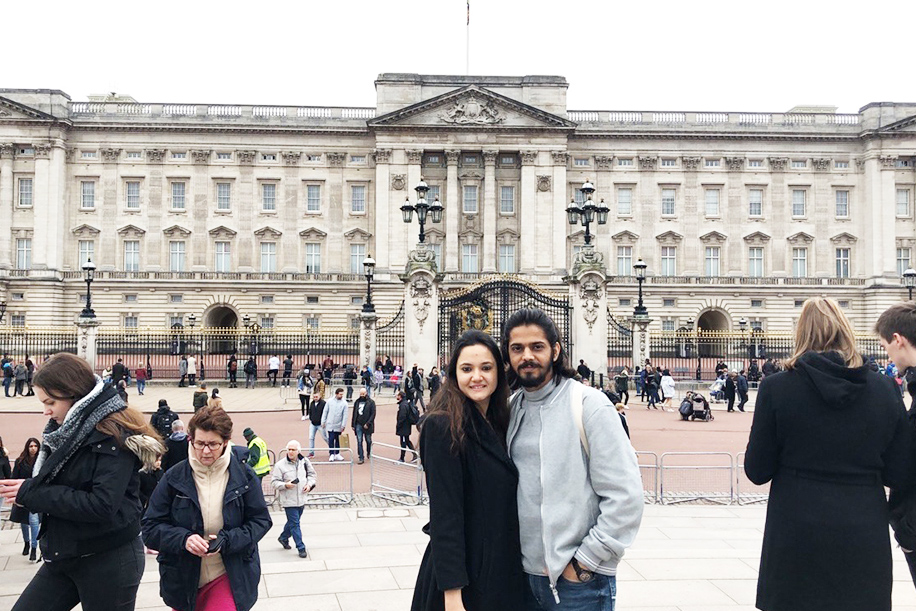 Can-avoid
“Try to avoid the touristy crowded places in London and instead, explore the city on your own. Also you can skip the Shard if you’ve visited the London Eye.”

Advice
“Carry sturdy warm clothing when traveling to Finland during the winter and make sure you make every effort to explore the beautiful country. All the other places are also equally beautiful in their own way, so pave your own path and keep exploring.”

Hotels We Stayed At