Fresh from a honeymoon crackling with an adrenalin buzz, Shilpi tells us all about adventures in New Zealand and Fiji.

I’m a Financial Analyst working with the Ministry of Finance, Government of India with a Masters in Finance from the UK. I’ll confess I’m a little nerdy but I also love fashion and style and never miss a fashion event. Sagar started his career as a Gladrags model and actor but has now immersed himself in his family business. He’s a true Punjabi Gabru in every sense of the word – a crazy adventure freak, ambition as towering as the Himalayas, suffused with the desire to be a successful entrepreneur.

Our interests and professions overlap because, working in the government, I’m surrounded by number crunching and financial calculations but I have a deep interest in the boy’s profession while Sagar, originally from a fashion background now crunches the numbers for his business projections! 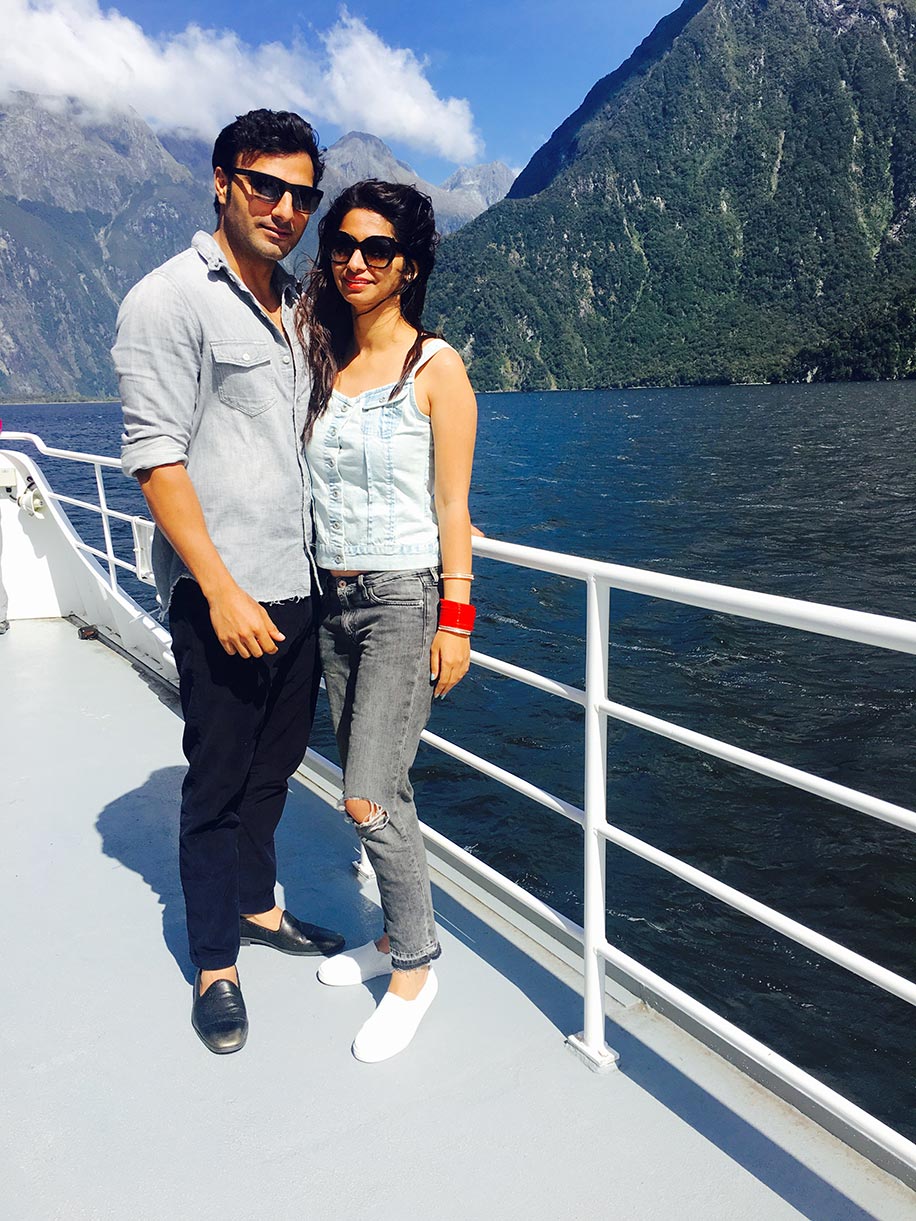 How we met
We first met at a friend’s birthday party in 2010 and then just met annually, at that same friend’s birthday party for five years! We were just acquaintances until our friend suggested pairing us up. Our families got involved and approved but nothing clicked and though we went back to just saying hello to each other at this same friend’s subsequent parties we did exchange numbers and began a Snapchat friendship.

It took six months of talking to realise we had so much in common. Within four months, we decided on a Mughal inspired destination wedding in Shiv Vilas, Jaipur. We did several ‘Out Of the Box’ things including a pre-wedding shoot that included underwater and paragliding shots. We came up with several bride and groom entry concepts, had an Out of the Box themed cocktail party and celebrated with a total of six functions that included an engagement in Delhi.

Honeymoon Planning
We’ve both travelled extensively and were keen on visiting a place neither of us had been to. I had just one condition! It had to be summer because I wanted to wear only summer dresses on my honeymoon.

Because we were so engrossed planning a destination wedding, we had almost no time left to plan an elaborate honeymoon. So we chose New Zealand for its scenic beauty and Fiji because we thought we’d get a chance to rejuvenate after the madness of the wedding prep.

We wanted to explore New Zealand and do it in style so we hired one of the only two or three convertible BMWs available in Southern New Zealand.

We were really looking forward to an adventurous honeymoon so every day, we tried two or three heart-rate level raising activities! We went skydiving and surfing in Fiji, took a helicopter ride, went bungee jumping, trekking, took a glacier ride, tried our hands at offroading, zorbing, flew a seaplane… We chose luxury hotels to stay in right through.

Honeymoon Highlights
We left for our 22 day honeymoon a month after our wedding. Sagar took over the planning of the honeymoon entirely. All he said was that we were going to New Zealand on a road trip and to Fiji Island. His love for adventure and ability to surprise me at every point just elevated our honeymoon into weeks of adventure!

We travelled extensively across the North and Southern Islands. There is only one flight that connects North and South. Sagar booked us into luxurious hotels right through. In some of New Zealand’s smaller towns, there is no way to guage the category of the hotel, no ratings so he’d figure out the best place to stay there by talking to agents and researching travel engines like TripAdvisor.

We travelled through tourist cities like Tauranga, Taupo and Rotorua in Northern Island and Queenstown, Franz Joseph, Christchurch staying in each one for a couple of days. Every place we stayed was delightful but I have to mention a special hotel – Peppers Clearwater in Christchurch where our suite was heavenly! We also booked a suite at the Intercontinental Fiji where the view, the hospitality and the private beach took luxury to another level!

Exciting experience
Like I mentioned, practically every activity on this trip was a surprise planned by my adventure freak husband. We’d land up at a location and I’d see the hoardings, for exampled, ‘Skydiving’. Then he’d say, “Well, I’ve booked it, so now we have to do it!” Usually couples prepare mentally to do stuff like skydiving and bungee jumping but Sagar just said, “Jump!” And I did! And the feeling, it can’t be expressed in words! The scenic beauty of NZ from 12000 feet was mesmerizing! And the thrill of jumping off! 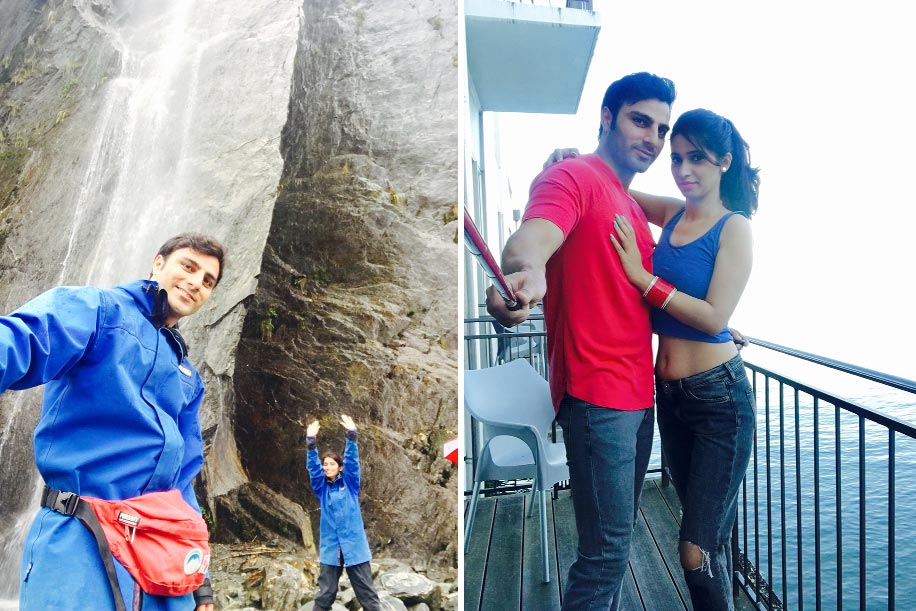 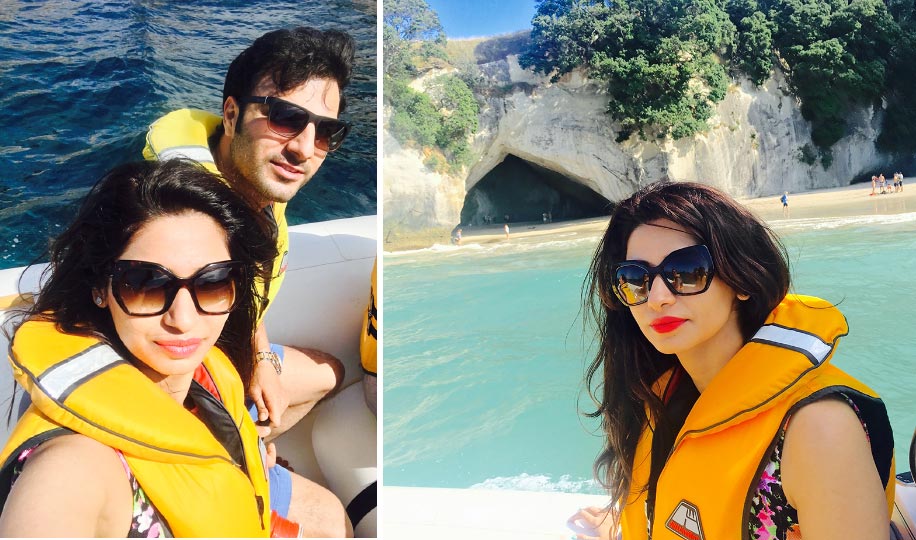 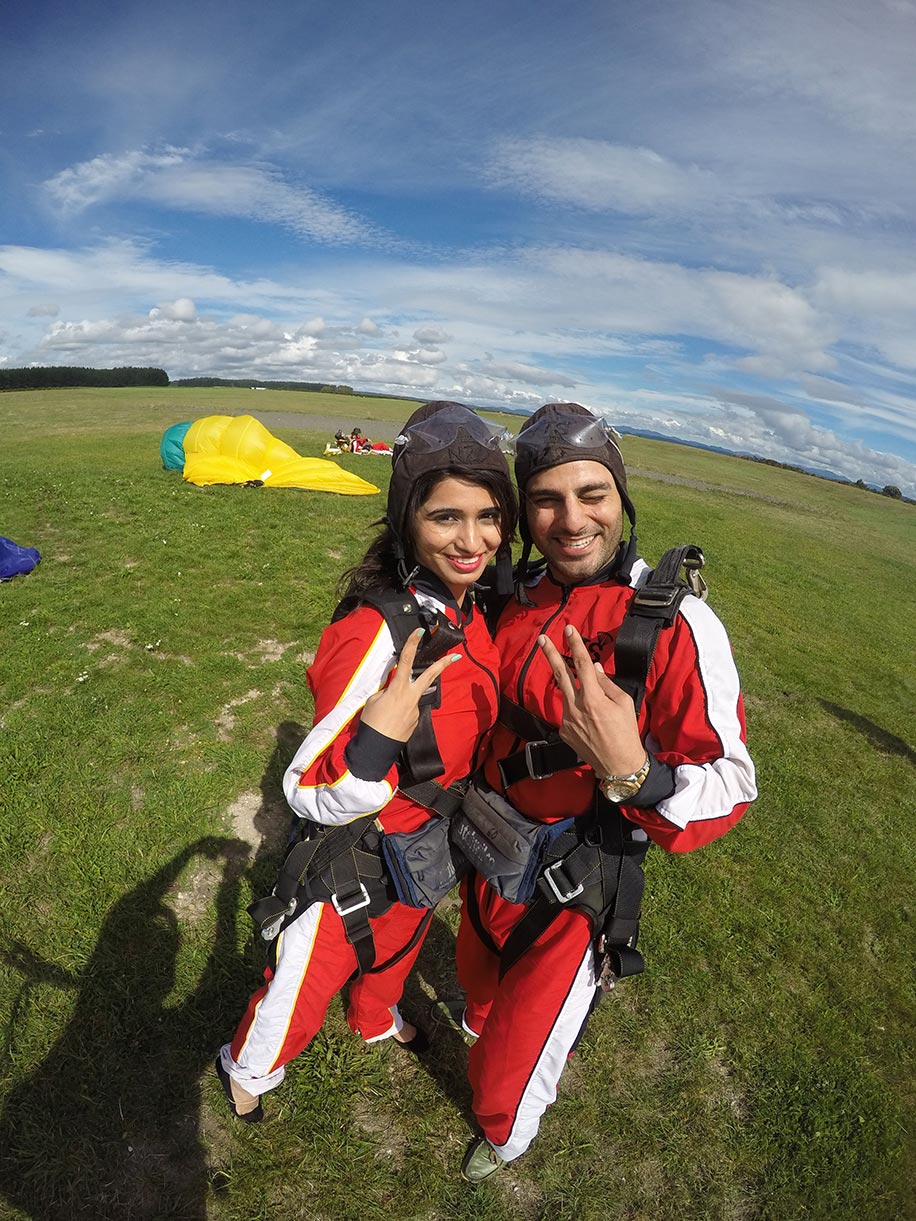 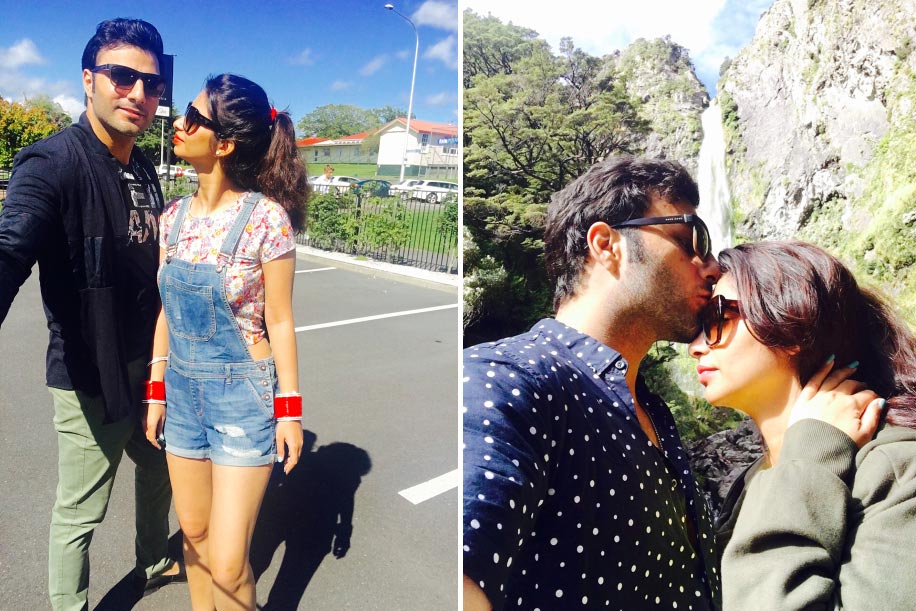 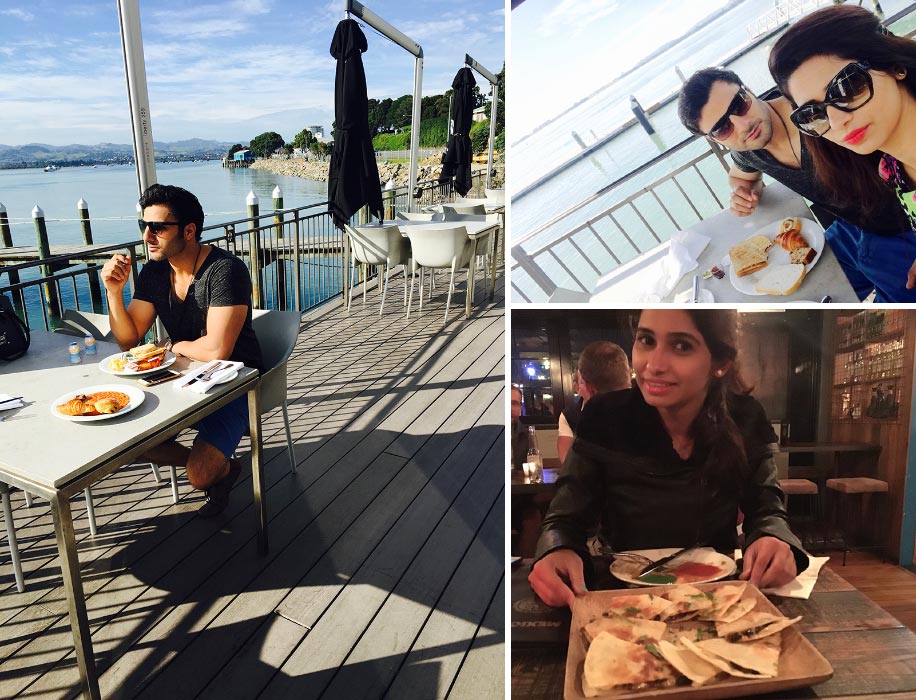 Advice for Couples
We did a host of activities including bungee jumping, skydiving, the glacier walk, luge riding, flying a plane… but remember, while on a road trip, there are also several treks in the Southern Island. Take your trekking shoes and jackets because it is a Must-Do!
If you want a taste of home, NZ is full of Indian restaurants. Even in a very small city like Franz Joseph with a population of only 300, there are two Indian restaurants!
But, we didn’t eat any Indian food for the entire duration of the trip. We reasoned that we could eat Indian food any time we wanted when we got back home so we tried a new cuisine every day.