A heady mix of fun, sightseeing and romance made for amazing memories on Shreya and Akshay’s Greek honeymoon.

Beautiful beaches and sightseeing delighted them during the days as beguiling sunsets marked the start of each romantic and exciting evening, spent over candlelit dinners and card tables. Shreya and Akshay chose Greece for their honeymoon as they wanted an interesting and romantic destination. Here, Shreya shares the highlights of their trip. 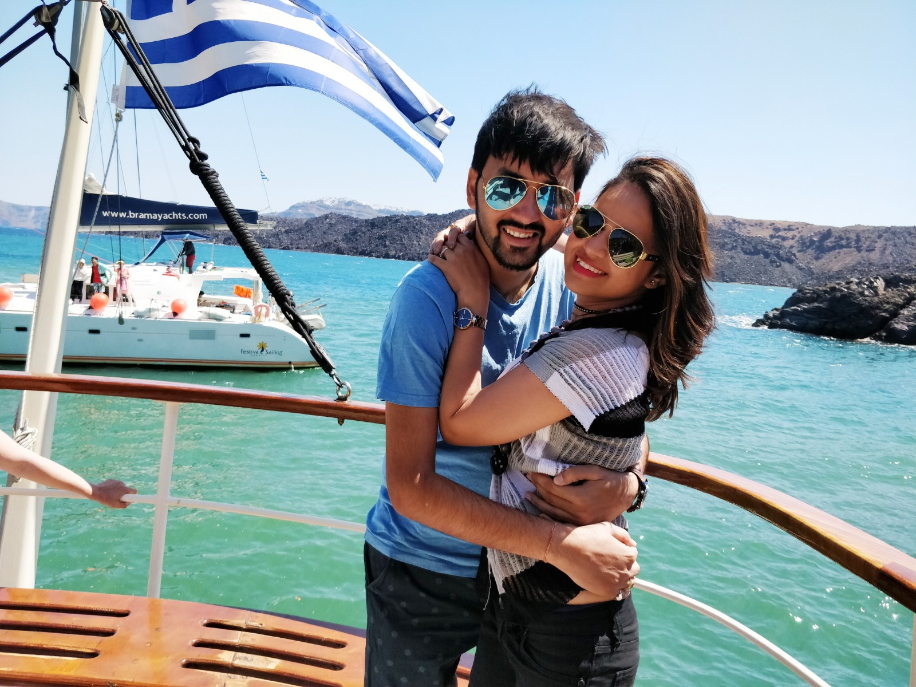 How They Met
The couple first interacted quite by chance. Shreya says, “We were just two strangers seated next to each other in a professional exam, trying to copy from each other! However, we didn’t manage to do that. Later on, we ended up working in the same corporate organization but we were based in different client locations. That’s when we realized how much we wanted to be with each other.”

Honeymoon Planning
Speaking about why they chose Greece as their honeymoon destination, she says, “The honeymoon is about romance and, for us, there is no place more romantic than Greece. We narrowed it down to visiting Athens, Santorini and Mykonos. Our other option was to go to Switzerland, Austria and Italy, but we wanted it to be a relaxing holiday so we choose just one destination – Greece.” 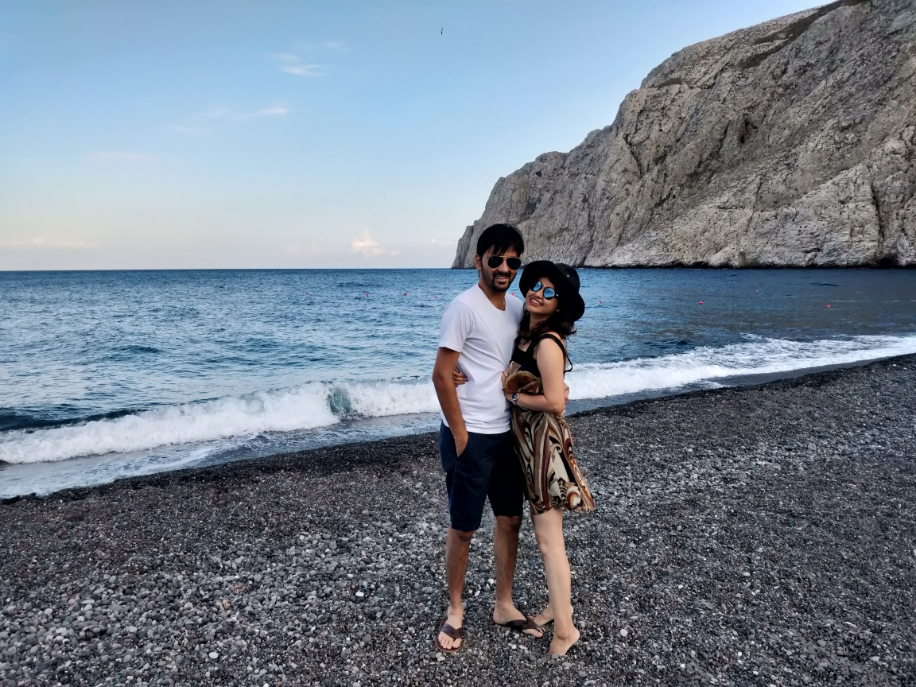 Honeymoon Highlights
“In Athens, we visited one of the older wonders of the world, the Acropolis. We also went to the Regency Casino Mont Parnes as both of us love gambling. We then headed to Santorini where we made our way through the whole city. We watched the sunset at Oia, took a day tour to the volcanoes and also spent time at the wonderful hot springs and beaches. We then went to Mykonos, famous for its happening beaches and beautiful sights.” 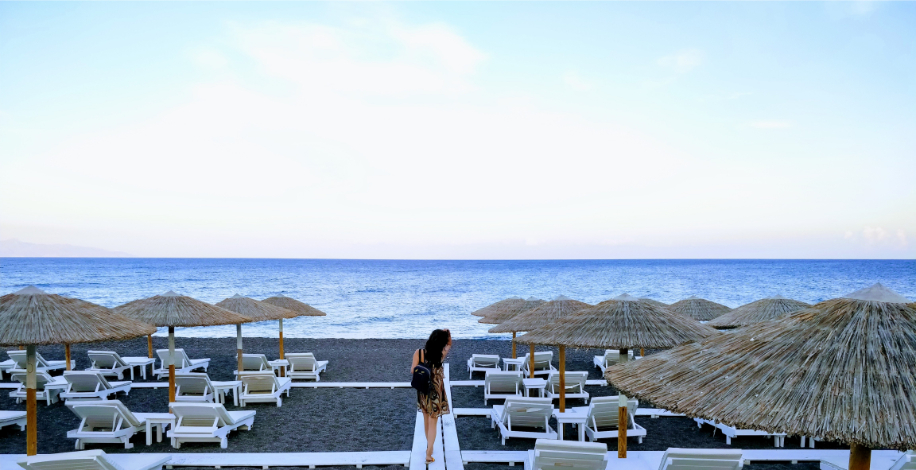 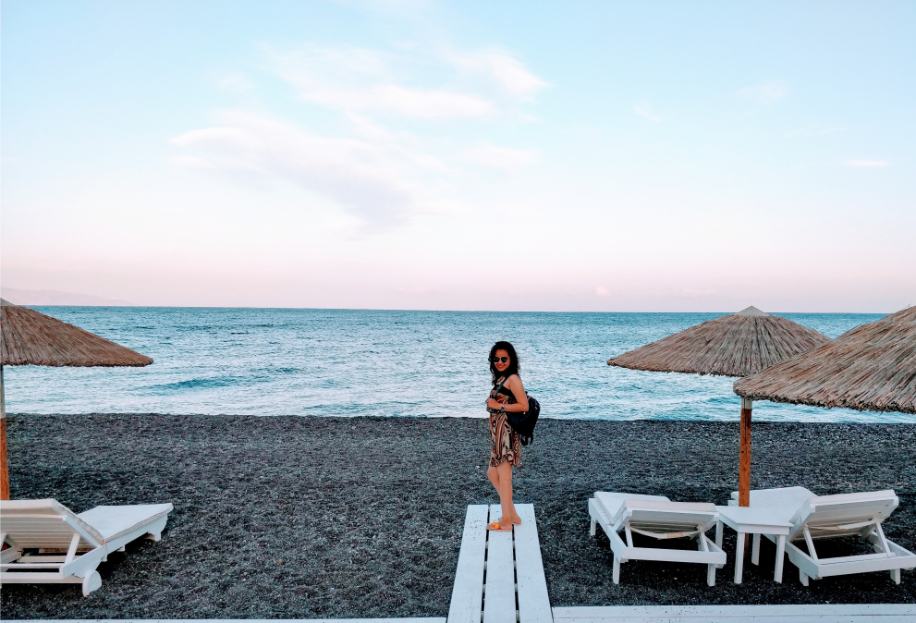 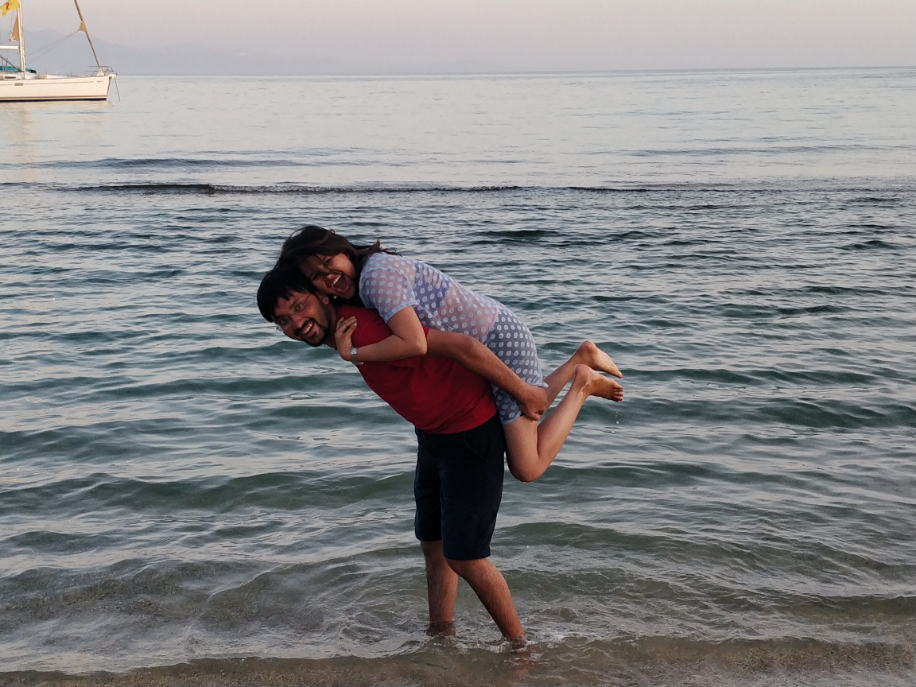 Best Meal Of The Trip
“There are so many amazing places in Greece for food. All the restaurants had stunning views, whether it was overlooking the Caldera or beaches. The food was undoubtedly delicious everywhere. However, one of the most special meals would have to be when my husband booked an entire space for us with a great Caldera view. It was beautiful and windy, and unbelievably romantic.”

Most Romantic Moment
Shreya says, “Everything was romantic in Greece! The beaches, the ships, the lunches on ferries, the hot spring baths, the pools at night. But something that can only be experienced in Greece is just relaxing with your partner along with a glass of wine in your suite, watching the sun set over the peaceful caldera each evening. It was serene and definitely the most romantic part of the trip.” 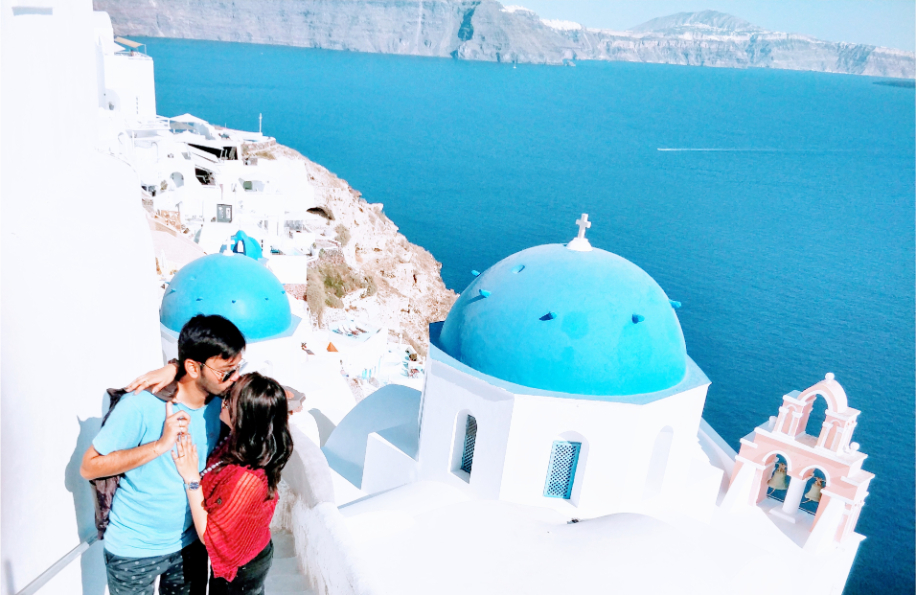 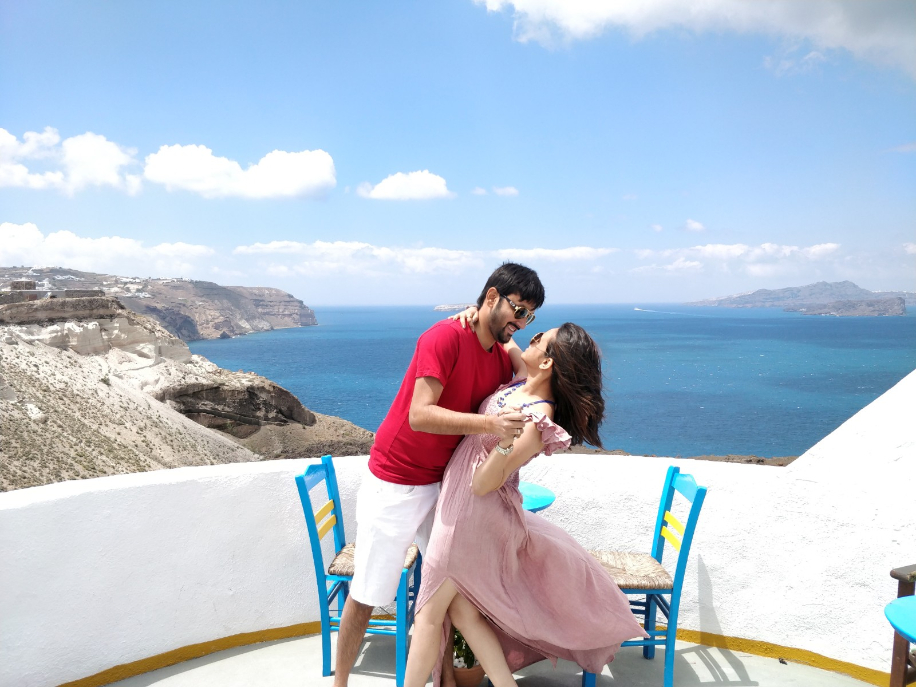 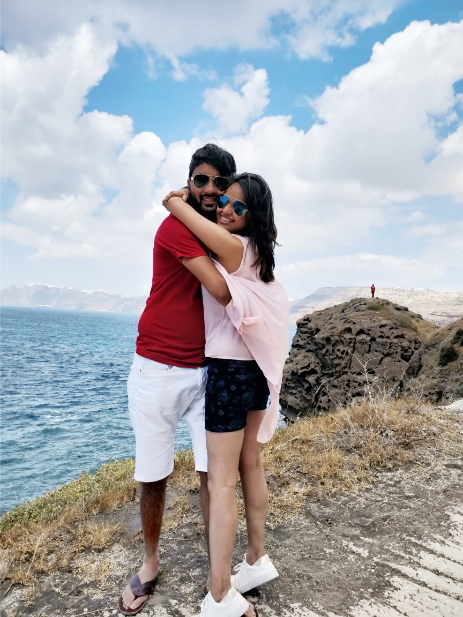 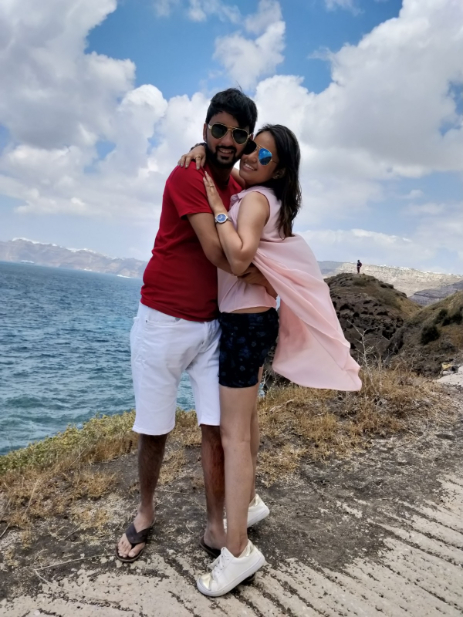 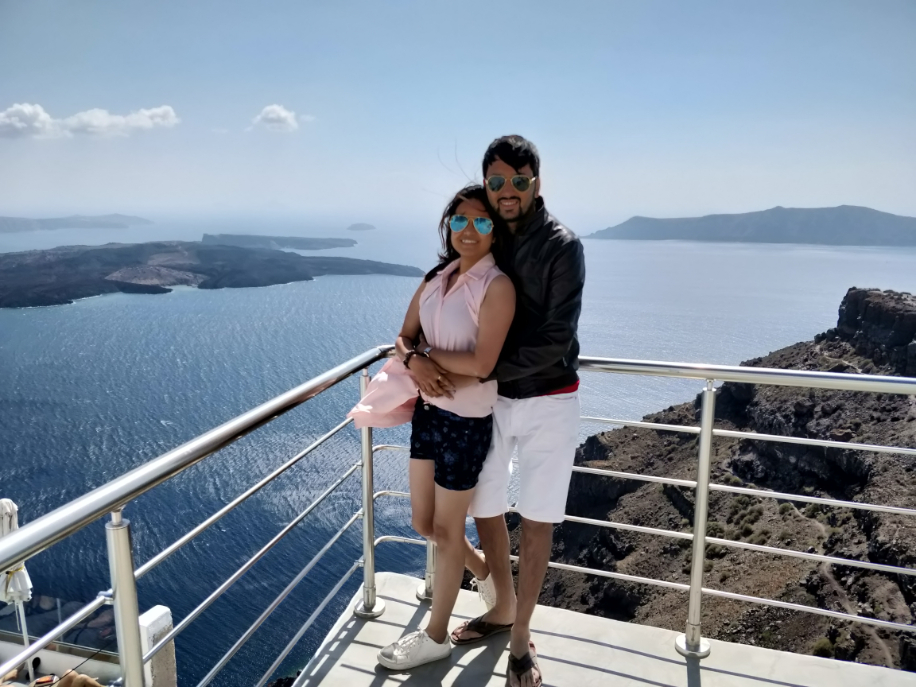 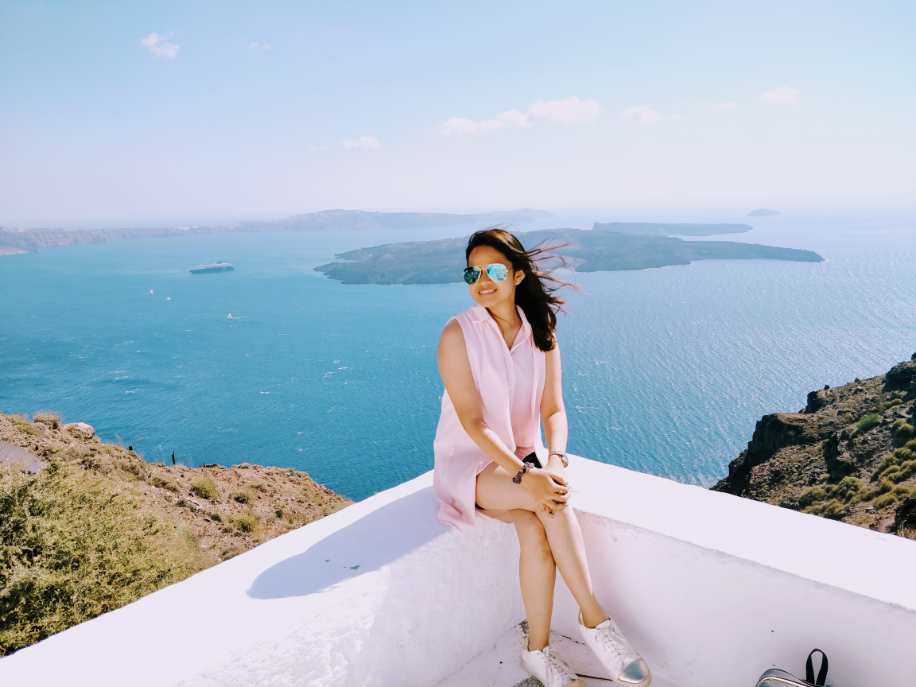