Shreya and Ritvij, Finland and Paris

Reindeer safaris, staying in glass igloos and cruising on an icebreaker ship were some offbeat adventures that Shreya and Ritvij enjoyed on their honeymoon in Finland.

They opted to avoid the usual luxurious beach destinations for their honeymoon. Instead, Shreya and Ritvij flew to the snow-capped environs of Finland followed by a glamorous sojourn in Paris, France. Take a peek at their adventures there. Honeymoon Planning
“Ritvij and I love doing something which is atypical and out-of-the-box. That’s why we struck off the classic beach destinations from our list. We wanted our honeymoon to be magical and something none of us had experienced earlier. Neither of us had experienced snowfall, so Finland seemed like a fabulous and offbeat destination.” 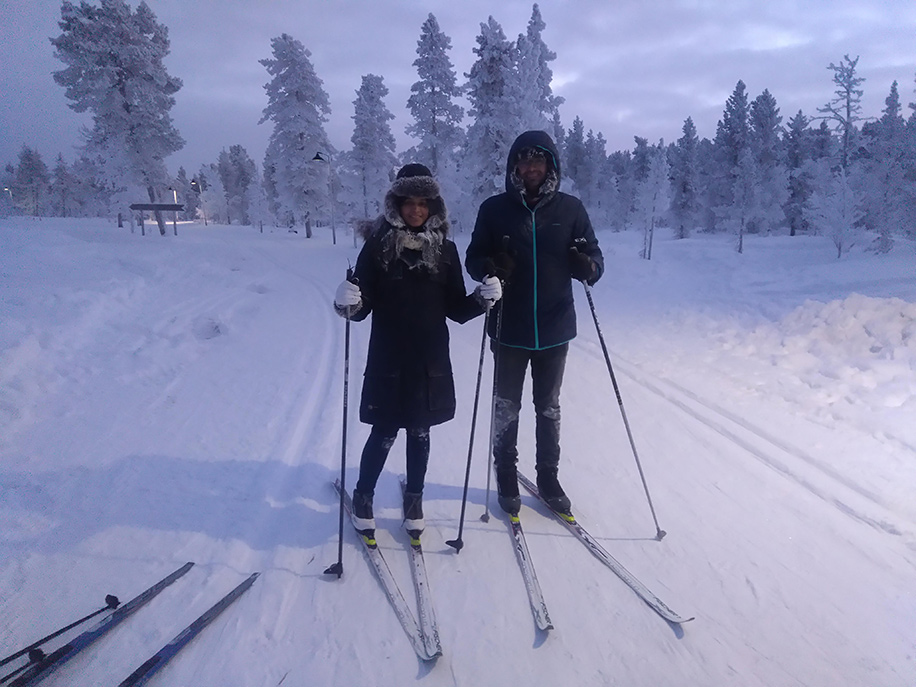 Honeymoon Highlights
“In Finland, we stayed at Hostel Villa Kemi and Santa’s Rudolf Hostel. But the highlight of our trip was the two nights that we stayed at the Kakslauttanen Arctic Resort. We stayed in the large glass igloo on one night and in a large log cabin on the other. We had a layover in Helsinki, and we were put up in Hilton at Helsinki Airport in Paris. We also stayed at Ibis Eiffel Tower Hotel just because of its proximity to the Eiffel Tower. You can get a view of the Eiffel Tower from its rooms on the higher floors.” 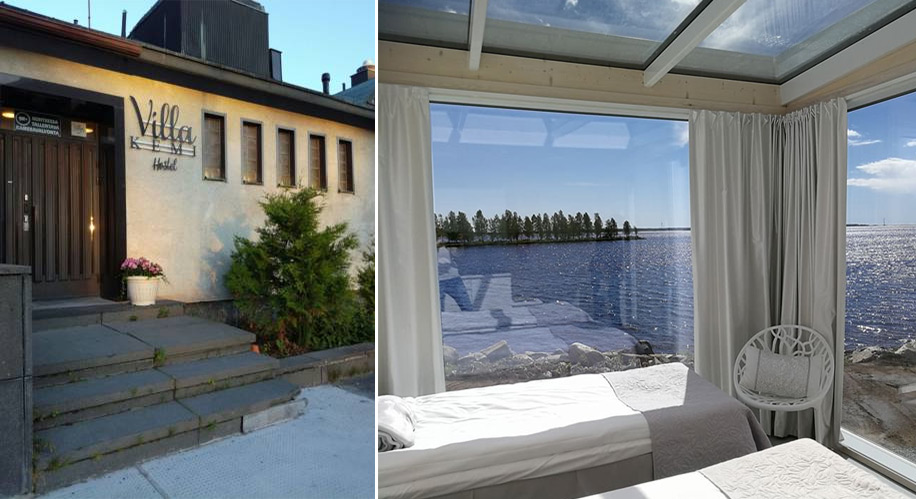 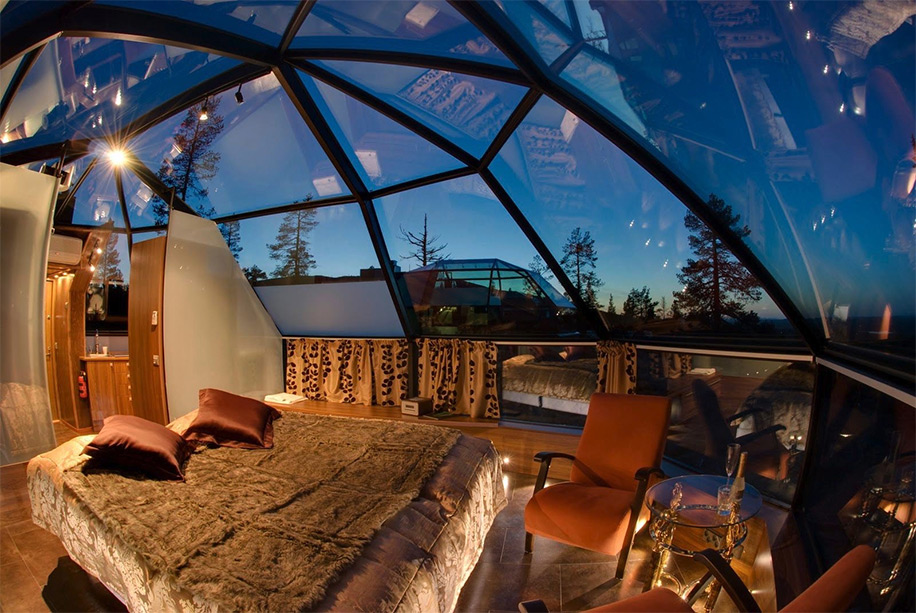 “Our trip was action packed and contrary to most honeymoons, it was anything but chilling and relaxing. We started our journey from Kemi which was a two-hour flight from Helsinki. In Kemi, we enjoyed ice karting and took a half-day trip to Sweden to float on the frozen sea in an icebreaker ship. Then, we traveled north to celebrate Christmas in the Christmas Village called Rovaniemi. We spent a day at the Santa Claus Village which is situated in the Arctic Circle. Riding a reindeer safari and enjoying a vodka shot in the snow hotel is the most memorable for me from that day. The next day we visited Ranua Zoo where we had a chance to meet Mr. Polar Bear apart from many other exotic arctic animals. In our spare time we tried skiing and also took a thrilling husky ride. We came to Paris to experience the excitement around the Parisian New Year. We went to the top of Eiffel Tower, took the Seine River Cruise, clicked a selfie with The Mona Lisa at Louvre before we brought in the New Year at Arc de Triomphe for a spectacular light and sound show. Our trip ended on a magical high with a fun-filled day at Disneyland Paris.” 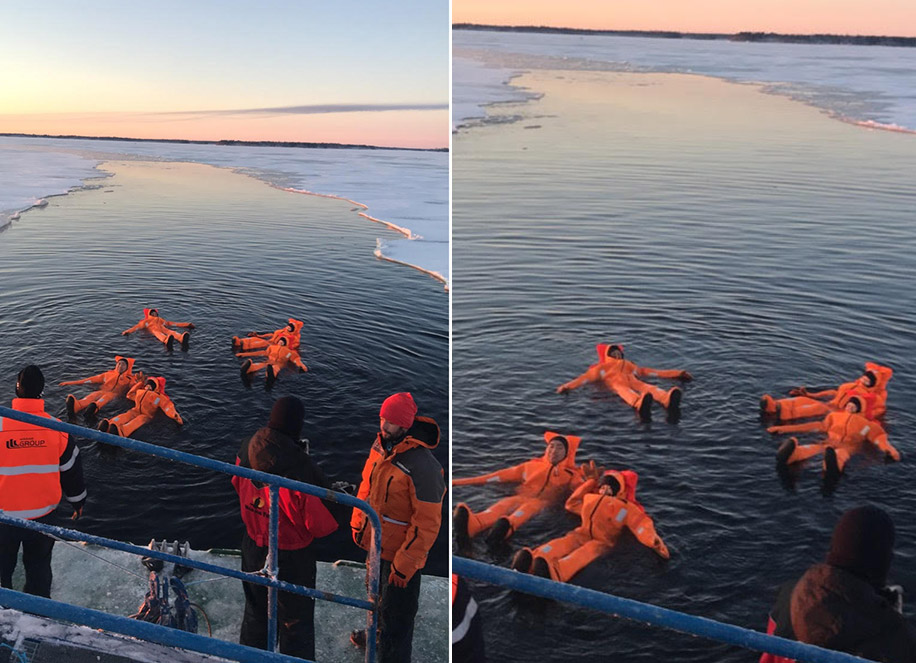 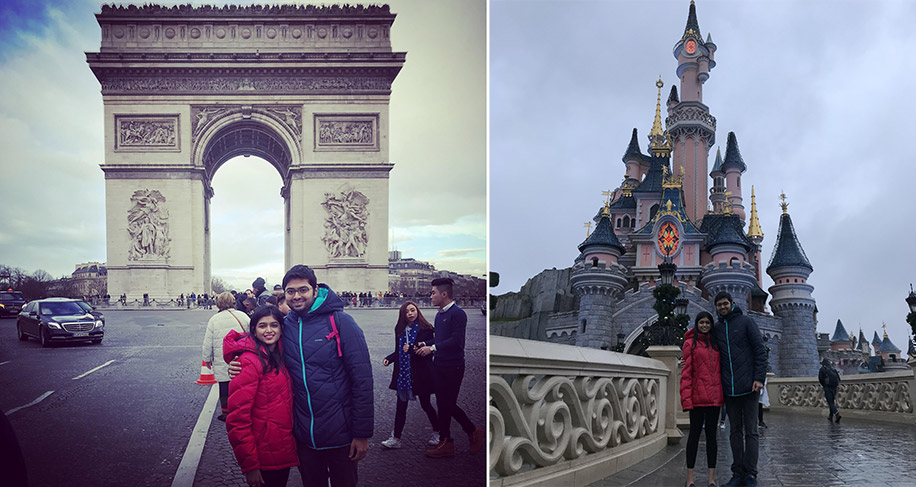 Best Meal of the trip
“The best meal we had was at Kukkolaforsen in a Swedish fishing village in Harparanda. It is situated on the banks of a river. The other bank of the river is Finland. We had beef meatballs, chickpeas soup, sticky rice and salmon in wine sauce. It is run by a fifth-generation Swedish family and the service was quite homely.”

Most Romantic Moment
“Our night in the glass igloo was the most romantic moment of our honeymoon. The star-studded sky and snow-covered surroundings made our stay extraordinary. I highly recommend everyone to experience this larger-than-life exotic stay.”

Must Experience
“A night in the glass igloo and the icebreaker ship is a must experience.” 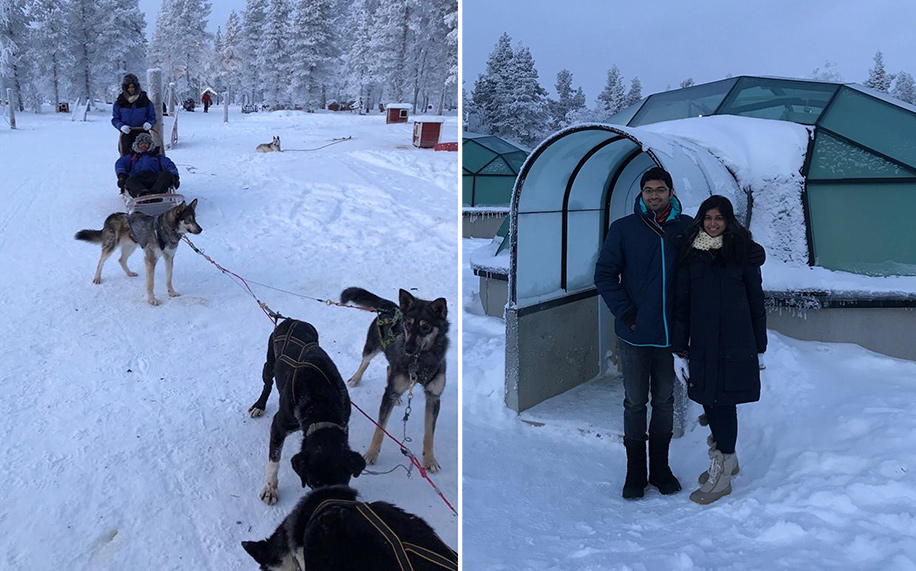 Can avoid
“Couples can choose to skip going to Finland during Christmas as the city shuts early.”

Must avoid
“Making an unplanned trip. Plan every stay and travel as on the spot bookings are next to impossible.”

Share your vivid memories from your honeymoon and stand a chance to get featured on WeddingSutra. Write to us at editor@weddingsutra.com.