We both come from Armed Forces families and we were neighbours in Bangalore between 2009 and 2010. We were just acquaintances at first but when Sonamika moved to Mumbai in the summer of 2012, something clicked and the first sparks flew.

Weirdly, distance brought us together. Our geographical separation matured us emotionally and we were more determined to be together. Akash would visit me in Mumbai on various pretexts and Sonamika would reciprocate. The long-distance relationship upped a level, across continents and time zones when Akash had to move abroad on an assignment.

Still, we were focused, planned everything and finally got married on the 10th of May, 2015 in Bangalore and made an immediate escape to the Maldives. But much before we decided on Maldives for our mini-moon, we knew that we would travel to many amazing places far and away, and Spain naturally figured on this list. 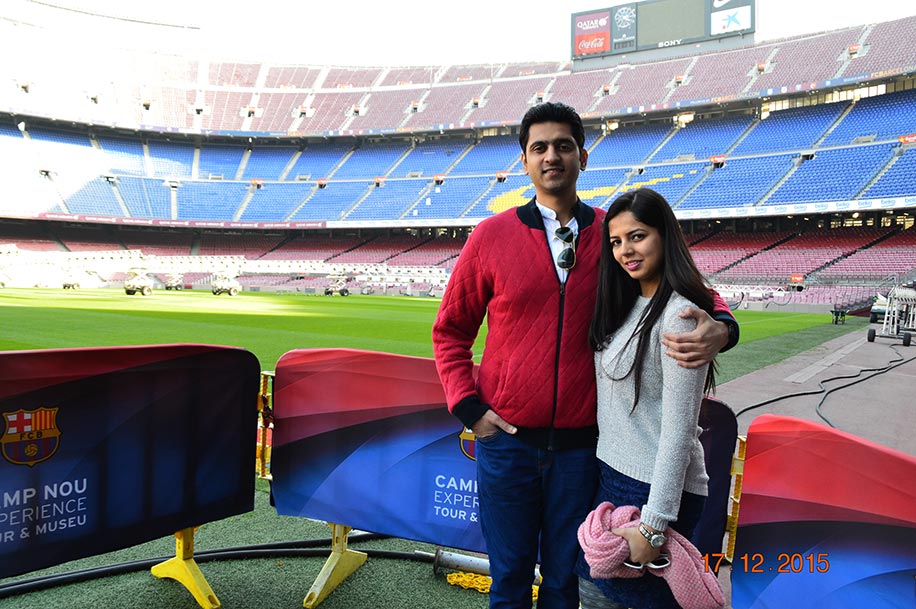 Holiday planning for Barcelona
We were very clear that for every trip, without exception, we wanted our way, customized to our preferences with no interference from travel agents etc. Trust me, between Lonely Planet and Tripadvisor, you have all you need to plan and execute a successful journey across the globe.

Our plan was to cover Barcelona, spend three days there and then relax in the sun and sands of Gran Canaria during the week before Christmas, spending Christmas Eve in Copenhagen. The mild weather in mainland Spain was wonderful and in the islands of Gran Canaria and Tenerife, temperatures were a sunny 25 degrees Celsius.

Places visited
In Paris we used the Hop-on-Hop-Off Bus’ multiday passes to cover all the important tourist routes in town. So in Barcelona, Bus Turistic came to our aid.

From Barcelona, we took a three-hour flight down to Gran Canaria, a Spanish island just outside mainland Spain. 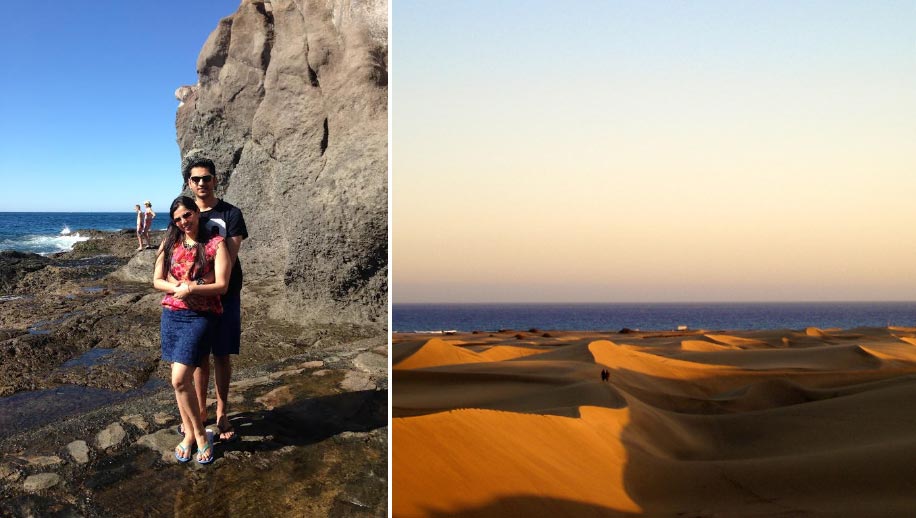 We chose to explore the island at our own pace by renting a car for five days and it was the best decision we took. The drive along the Atlantic Ocean was breathtaking and we got to see some unexplored beaches. The places we covered were,

There are also lots of options to scuba dive, snorkel and take part in other water sports. We went on a submarine ride and the underwater world experience was mesmerizing! But mostly, we lazed on the beaches, spent some ‘us’ time and ate some amazing Spanish food. The papas arrugadas (baked potatoes) with mojo sauce (made of peppers) is absolutely delicious and a must try in Gran Canaria!

In Barcelona, we wanted to feel the spirit of city so we stayed in the heart of city near the Plaça Catalunya Square at the BCN Urban Hotels Gran Ronda. Since it was in the Christmas season, we got to enjoy the beautiful decorations across the city.

In Gran Canaria, the idea was to soak in the sun, relax and spend quality time with each other. We opted for a beautiful resort set on a mountainside overlooking the ocean, Cala Blanca Hotel near Playa de Mogán. The room was like a mini-house, complete with living areas, kitchenette and a big balcony overlooking the ocean. 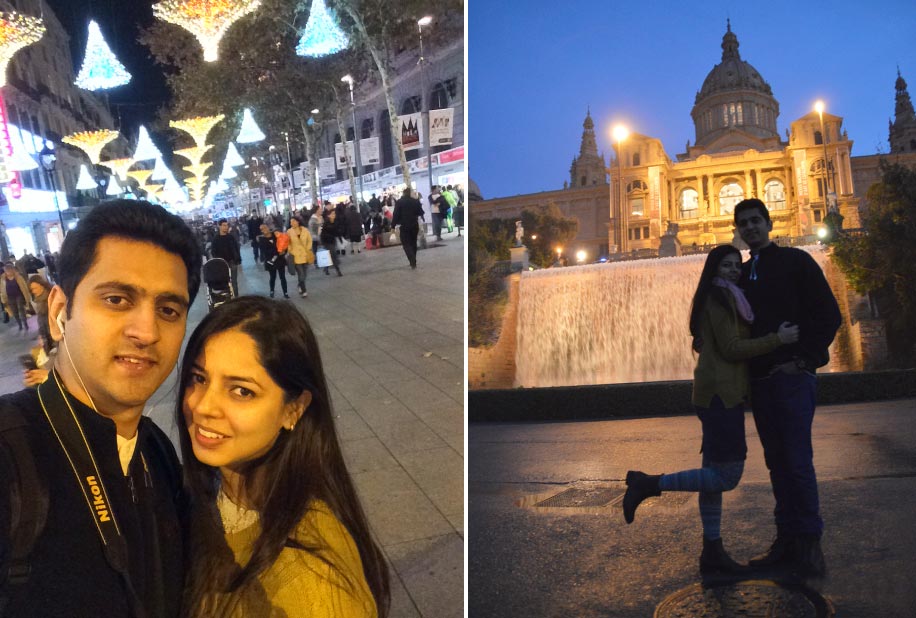 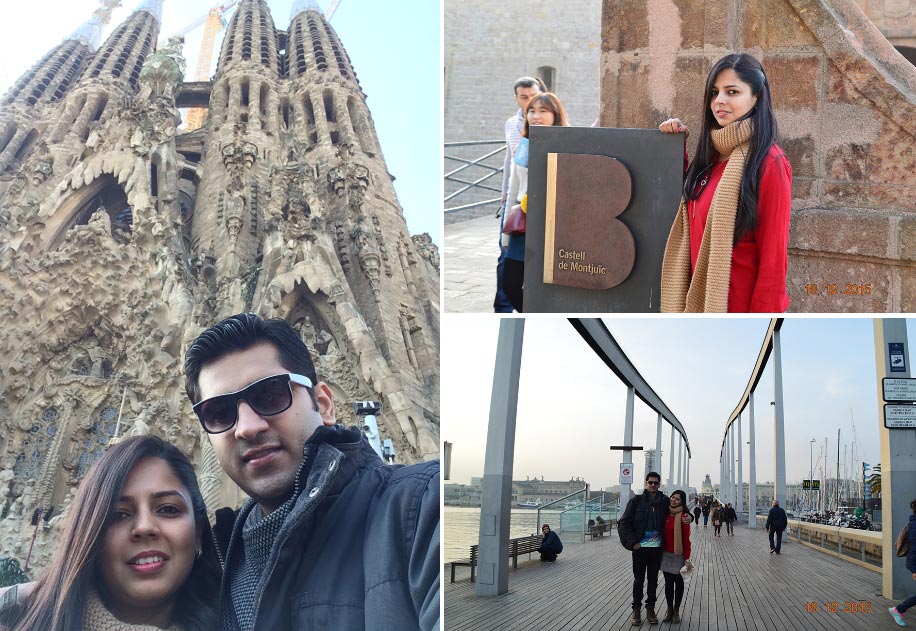 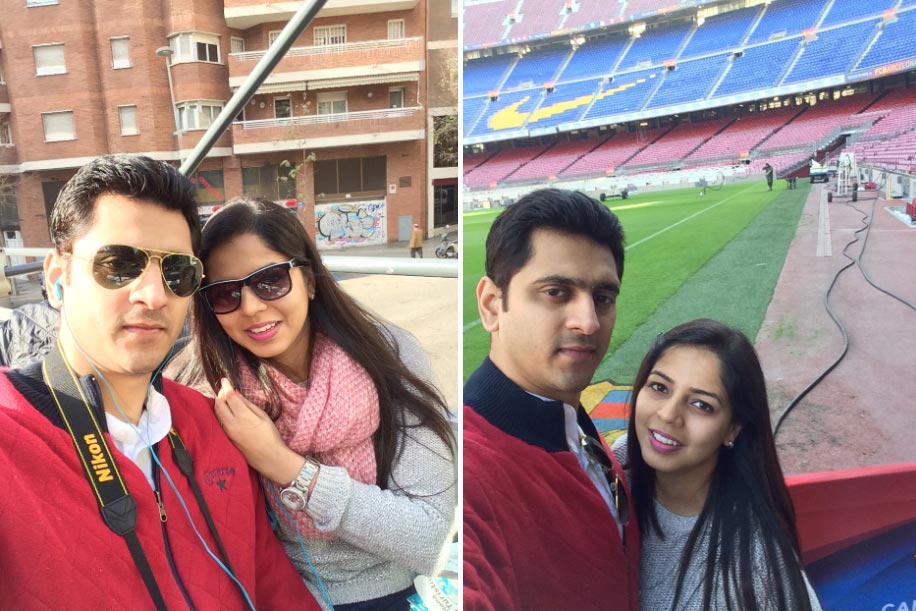 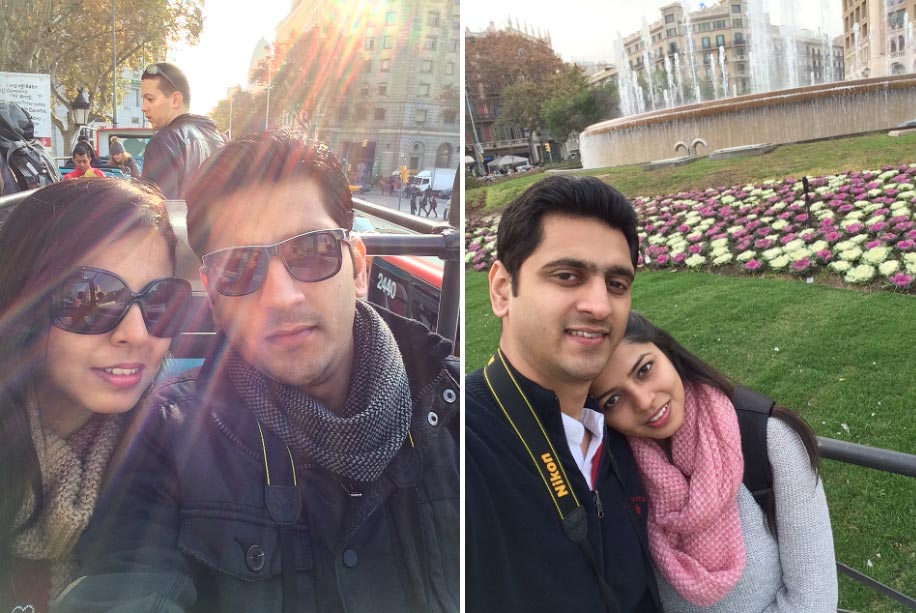 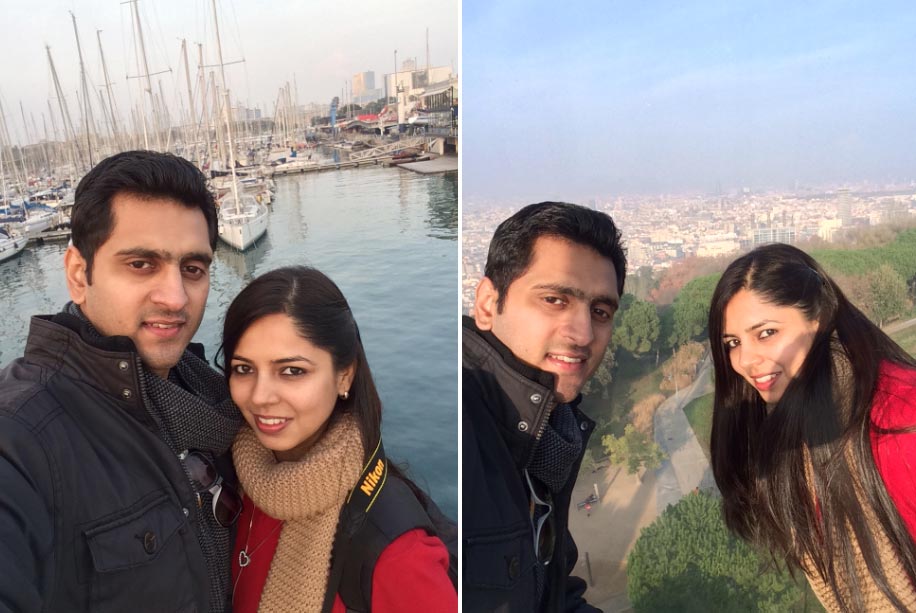 Best Meals
We absolutely loved the Spanish cuisine but the best meal we had has to be the fresh Sea Bass at Mirandoalmar Restaurant, Port Vell.

Most Romantic experience
The entire Spain experience was amazing. For us, little things like walks on the beach, watching the sunset with a glass of wine or long drives along the ocean made our trip a very romantic experience.

Advice for couples
Personally we love the whole research process before visiting a new city. The holiday starts there! Our advice to other couples is to plan your trips according to what you want rather than relying on cookie-cutter, mass-produced itineraries via agents or other sources. Doing it your own way means you learn more about the place and you can allocate more time for the things that actually interest you.