From falling in love with the lights of Paris to late night walks on the beaches of Dubrovnik, Sukriti and Ankit’s found true bliss on their honeymoon in Europe.

Sukriti and Ankit’s holiday across gorgeous Amsterdam, romantic Paris and idyllic Dubrovnik was a honeymoon to remember. Sukriti shares highlights of their trip.

How we met
“We were introduced to each other by our families who decided that we should meet in person, in a café. We spoke for three hours straight without a pause! We loved each other’s company and had so much to say to each other. We realized that we’d found The One! We had a roka ceremony in Mumbai and got married in Lucknow on the 12th of June this year.” 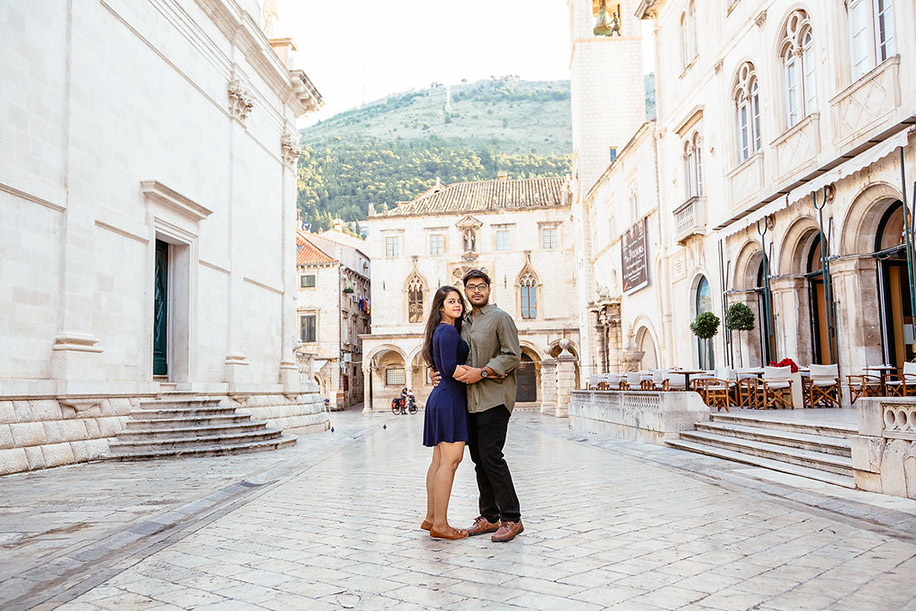 Honeymoon Planning
“We considered the Seychelles and New Zealand. We wanted to avoid extreme temperatures so Ankit came up with this amazing combination of good weather and our travel fantasies. We created an itinerary over Amsterdam, Dubrovnik and Paris and all points go to Ankit for masterminding this trip!”

Amsterdam
“We walked around the canals of Amsterdam exploring different streets, places to eat and shopped from local markets. We went on a short city tour exploring culture and history and we found out that there is a Chinatown in Amsterdam!” 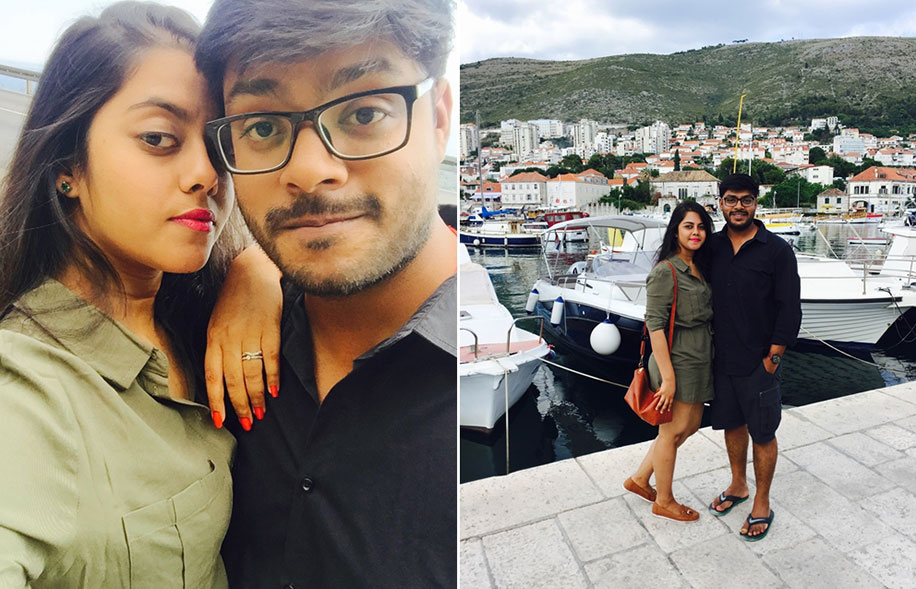 Dubrovnik
“From Amsterdam we went to Dubrovnik. We reached quite late at night so decided to go on a food hunt as we didn’t want to eat at the hotel restaurant. Our stay in Dubrovnik was just perfect. Ankit booked a hotel near the beach so every night we would go for a walk and have some super delicious street food.

One of most fun times we had during the entire trip when we hired a scooter and explored the city on two wheels!” 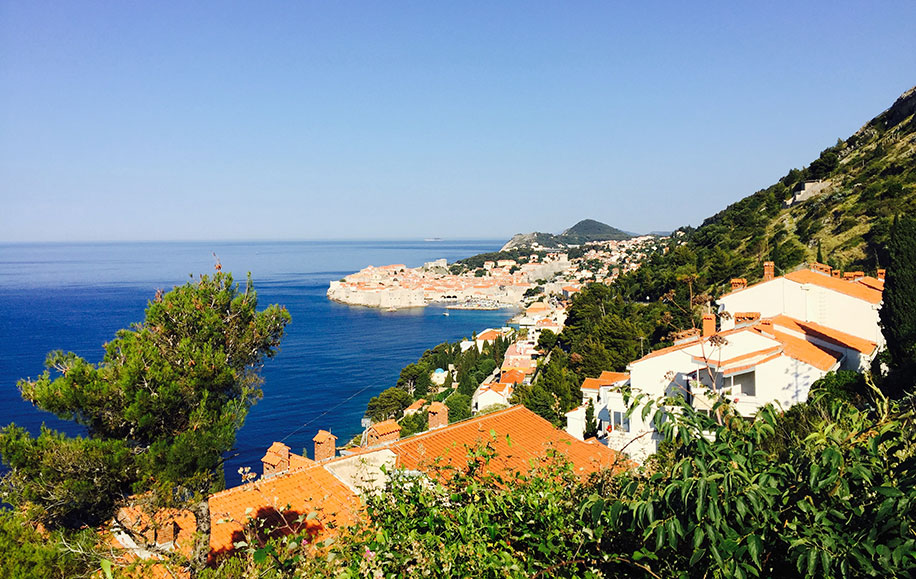 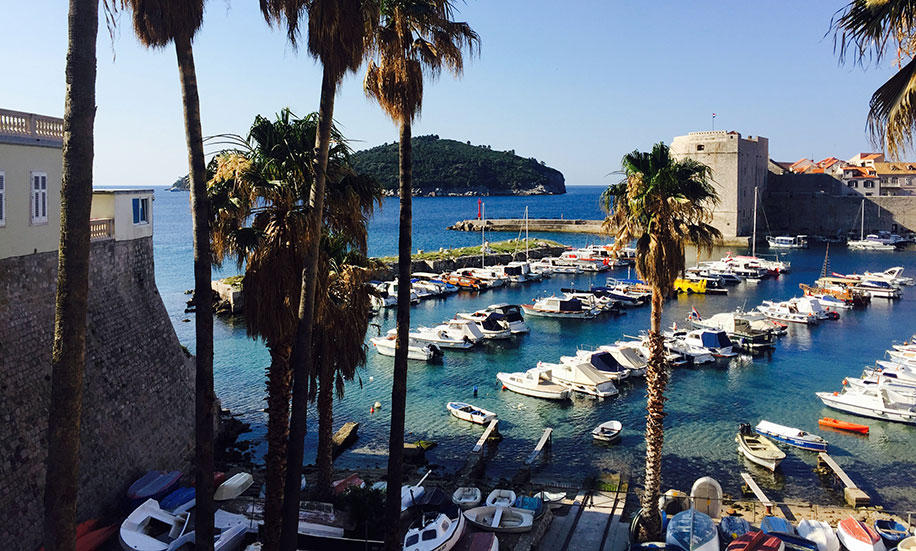 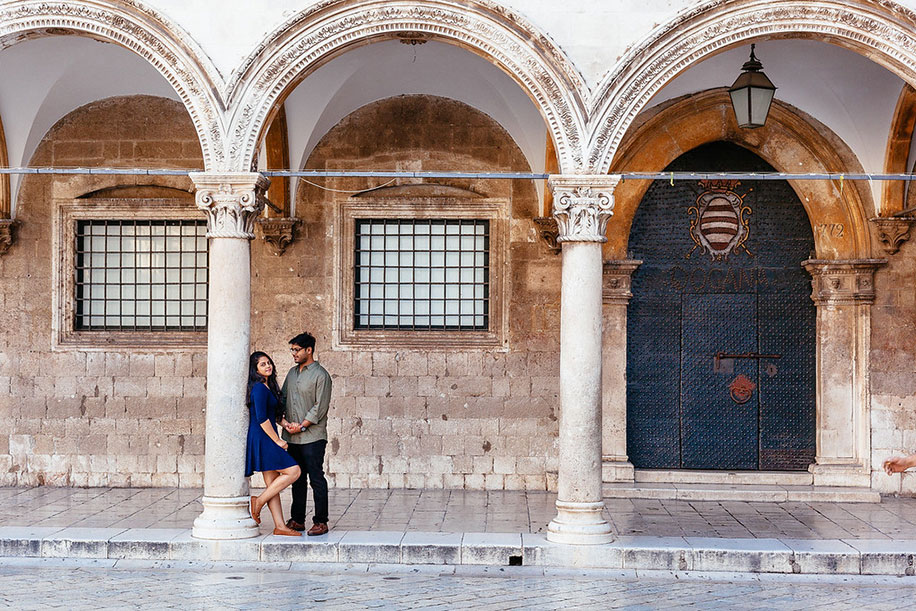 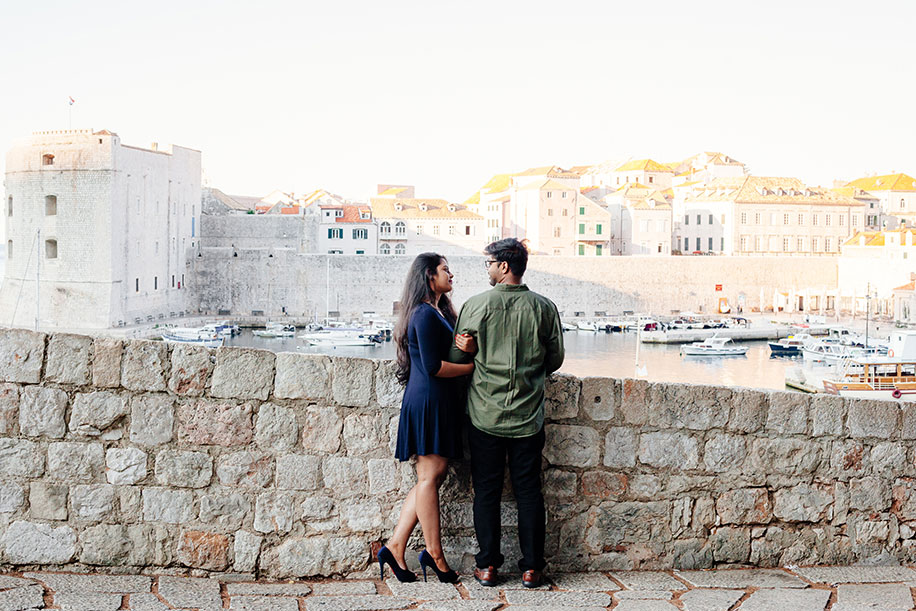 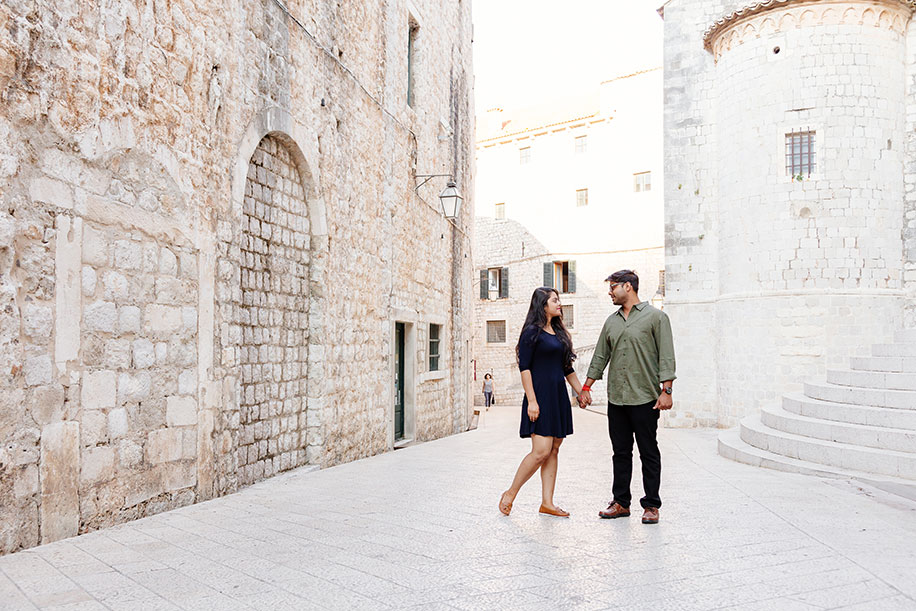 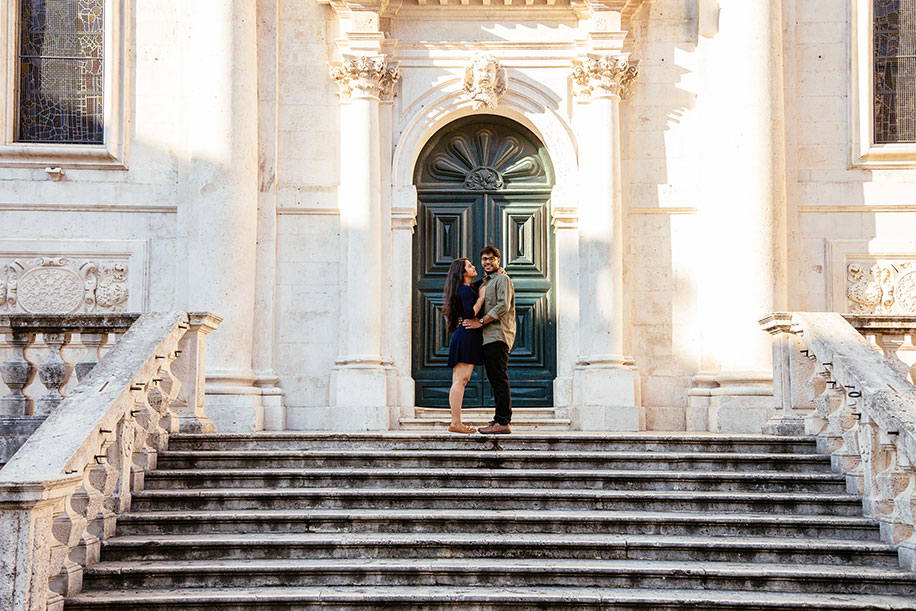 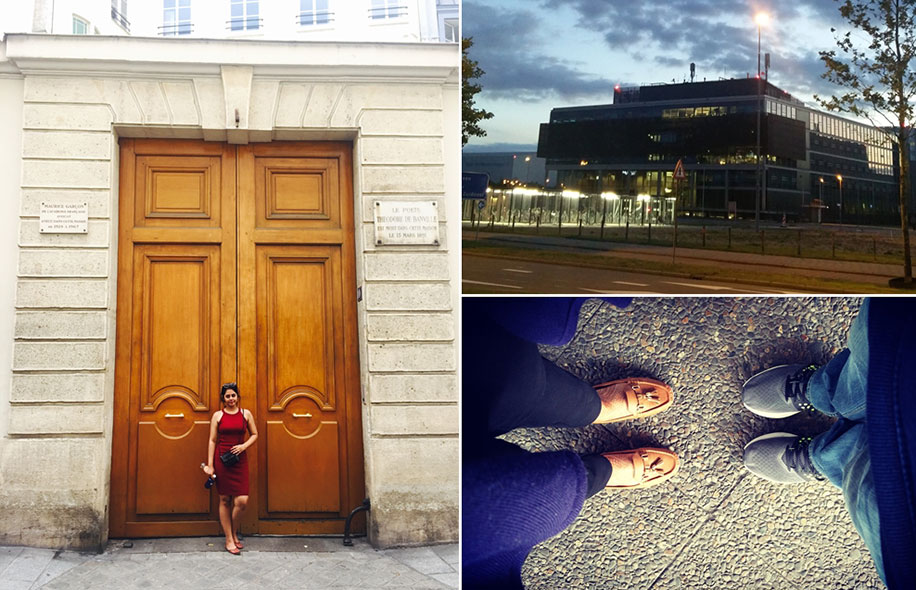 Paris
“We’d done a lot of sightseeing during the initial part of the journey so we decided to relax in Paris. We went shopping and spent at evening at the Eiffel Tower which was mesmerizing.” 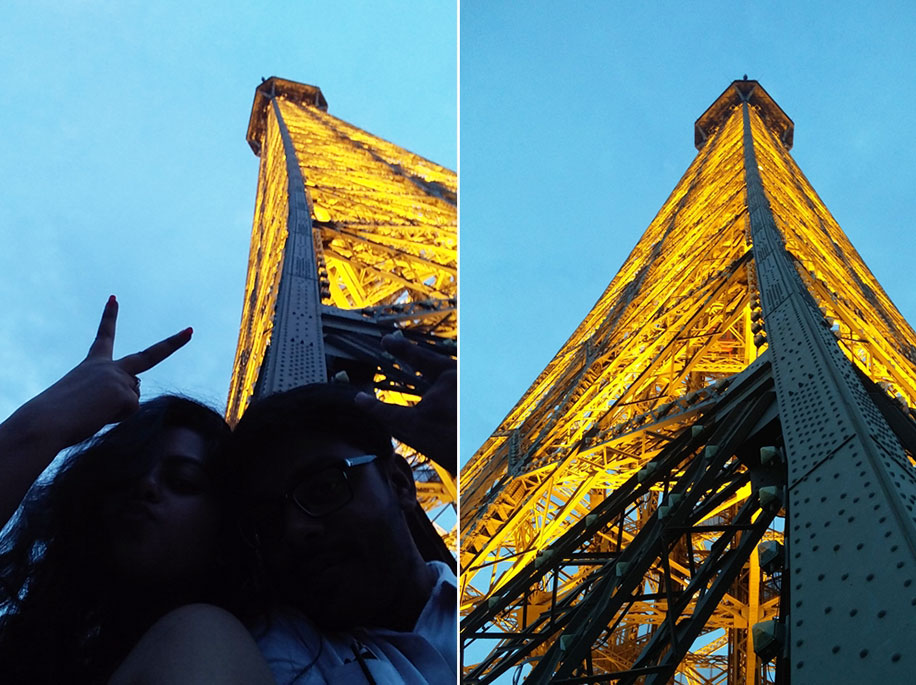 Best meal of the trip
“We ate local delicacies right through the trip but for me, our best meal was this super yummy pizza we had on a busy street in Amsterdam. Ankit is non-vegetarian so there was no problem for him – but I’m not really keen on non-vegetarian food so this place, a vegetarian restaurant, was heaven for me.”

Most Romantic Moment
“On our last day in Dubrovnik, we decided to have a relaxed evening at the beach. So we sat near the calm waters late into the night and were spellbound by the scenic beauty around us. It was definitely one of our most romantic moments.” 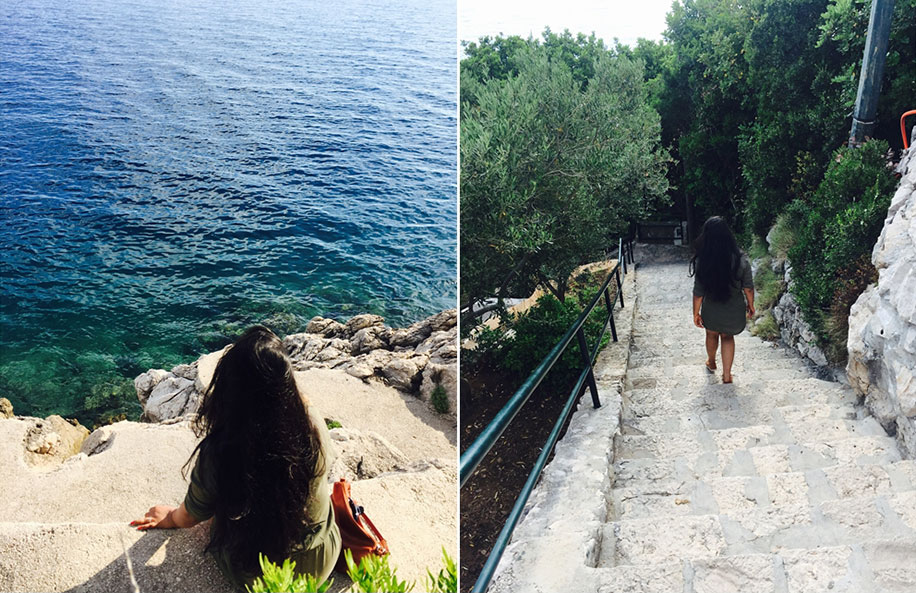 Advice for Couples
“We had a hectic five day North Indian wedding ceremony in Lucknow and according to our plan we had to cover 3 different countries in one trip, so it was decided from the start that we would keep it relaxed and not cover each and every popular spot. We decided we would explore a few places and then relax for half the day and go some place nice to eat.”

Must-experience
“Shopping and experiencing local food should definitely be on your list.”

Can-avoid
“Do not visit many cities in one trip. 1-2 places are good enough.”

Must-avoid
“Try to carry less baggage while travelling, which you can keep in the cabin.”