Looking for the perfect honeymoon, Vicky surprised Khushboo with a surprise romantic getaway to Cuba for some romantic Havana nights!

Vicky and Khushboo’s holiday across gorgeous Havana, and the UNESCO world heritage site of Trinidad was a honeymoon to remember. Vicky tells us how they were ‘Havana wonderful time’…

Honeymoon Planning
Vicky was having a difficult time surprising his well travelled wife, Khushboo. She’d been all over the world from South Africa to Israel and he wanted to surprise her. It boiled down to two options: Saint Tropez in the French Riviera or Cuba. Knowing her love for adventure and the exotic, Vicky picked the Pearl of the Antilles, also known as El Cocodrilo (the Alligator – for the shape the islands make when viewed from the air) – Cuba.

Khushboo was informed of their final destination only 12 hours before their flight took off from JFK.

Honeymoon Highlights
“Havana is a magical city replete with the 3 C’s: Cars, Cocktails and Cigars! It is a city where the streets are filled with music and dancing. And neither WIFI nor data sim cards are widely available in Cuba which is ideal for a honeymoon spot! American vintage cars in Cuba, dating back to the 1920’s, are in such good condition, they would make us feel ashamed about how we treat even our mobile phones today. Renting them to tour around Havana is slightly costly but worth the experience of going around the city in style”, shares the couple. 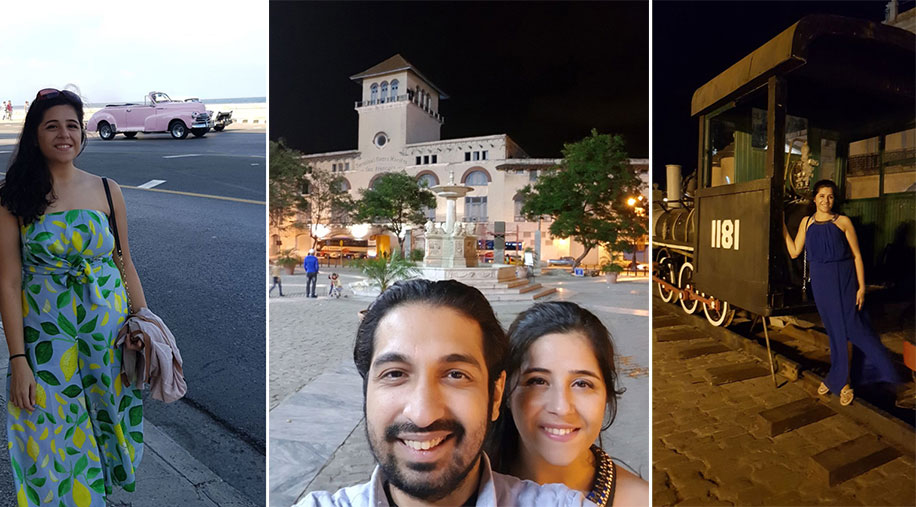 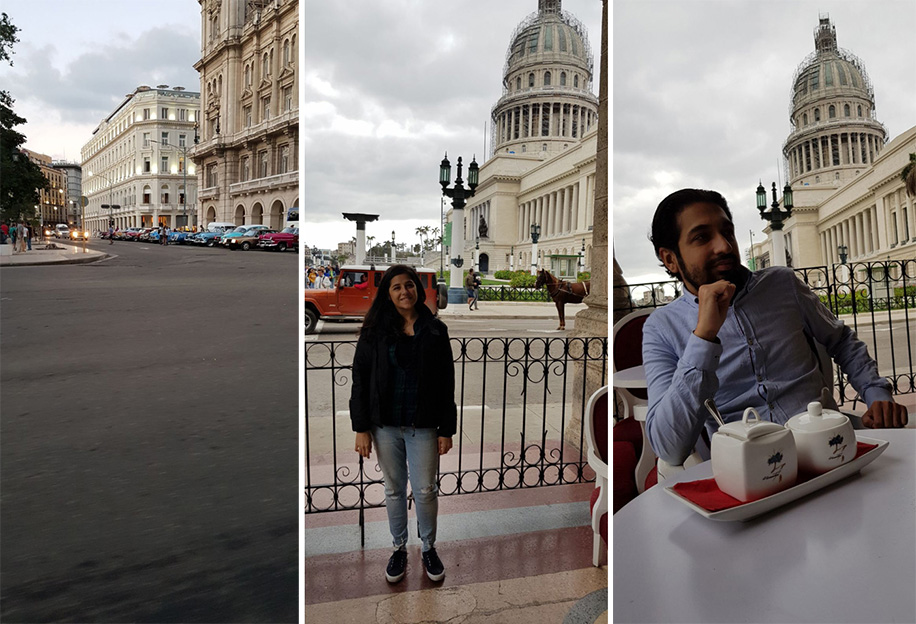 Vicky and Khushboo travelled around Havana in various convertible vintage cars. After Havana, they went to the breathtaking Playa Ancon beach on the Caribbean Sea. “The Caribbean Sea is so clear you would be able to see the seabed from the surface,” they exclaim. Next, they went to the scenic UNESCO World Heritage site of Trinidad. Here, the cobbled stone streets and Spanish colonial architecture made them feel like they had travelled back in time. “In Havana we stayed at the Gran Hotel Manzana Kempinski La Habana and in Trinidad we stayed at Iberostar Grand Hotel Trinidad.” 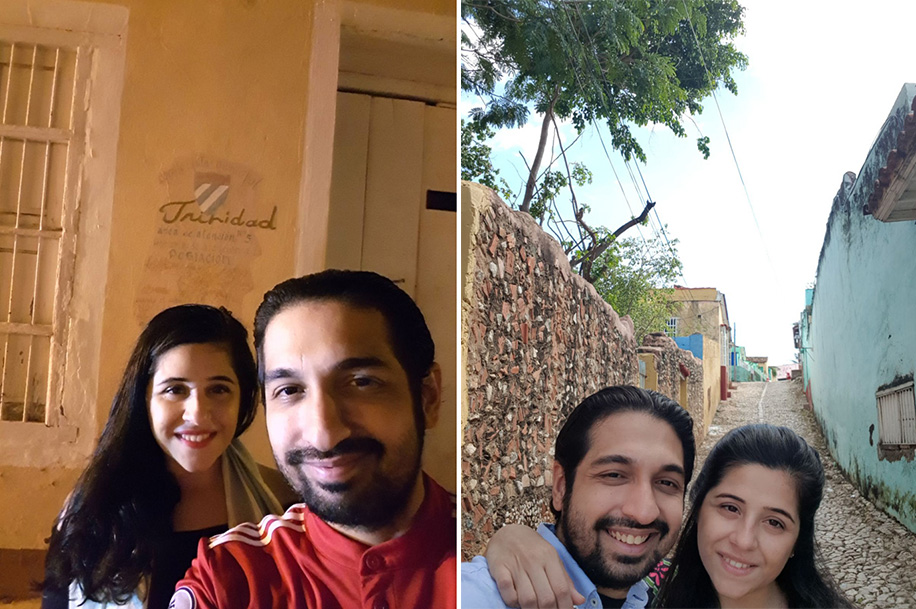 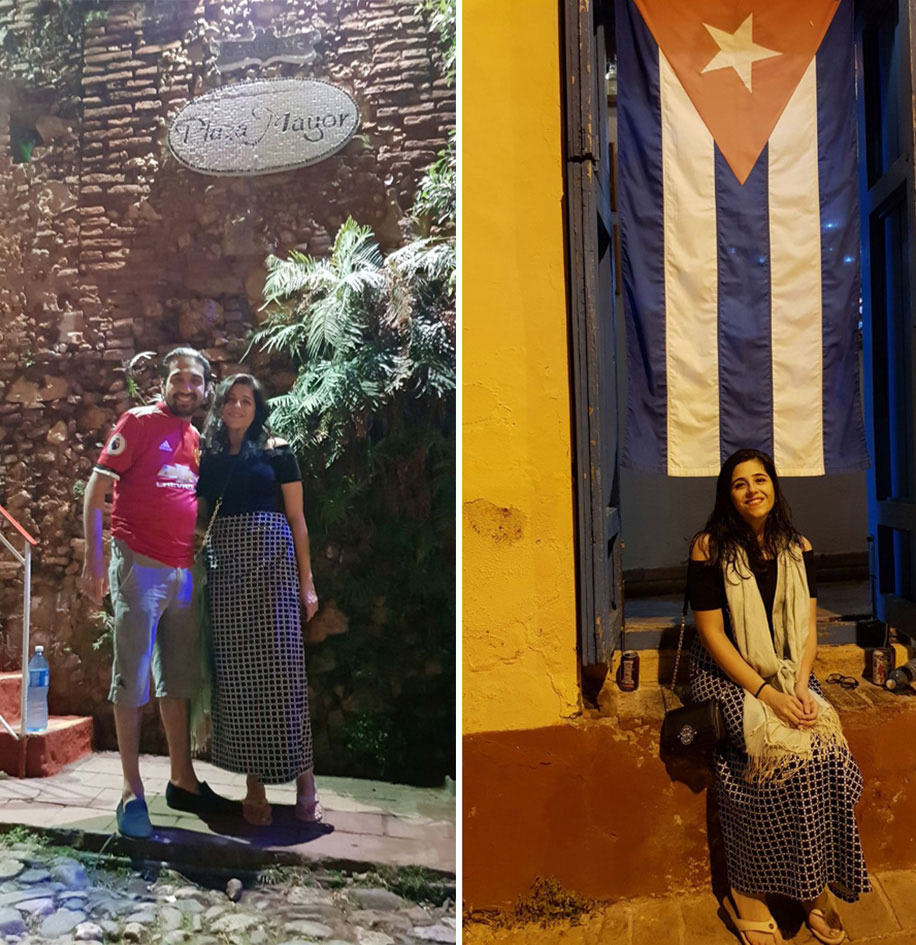 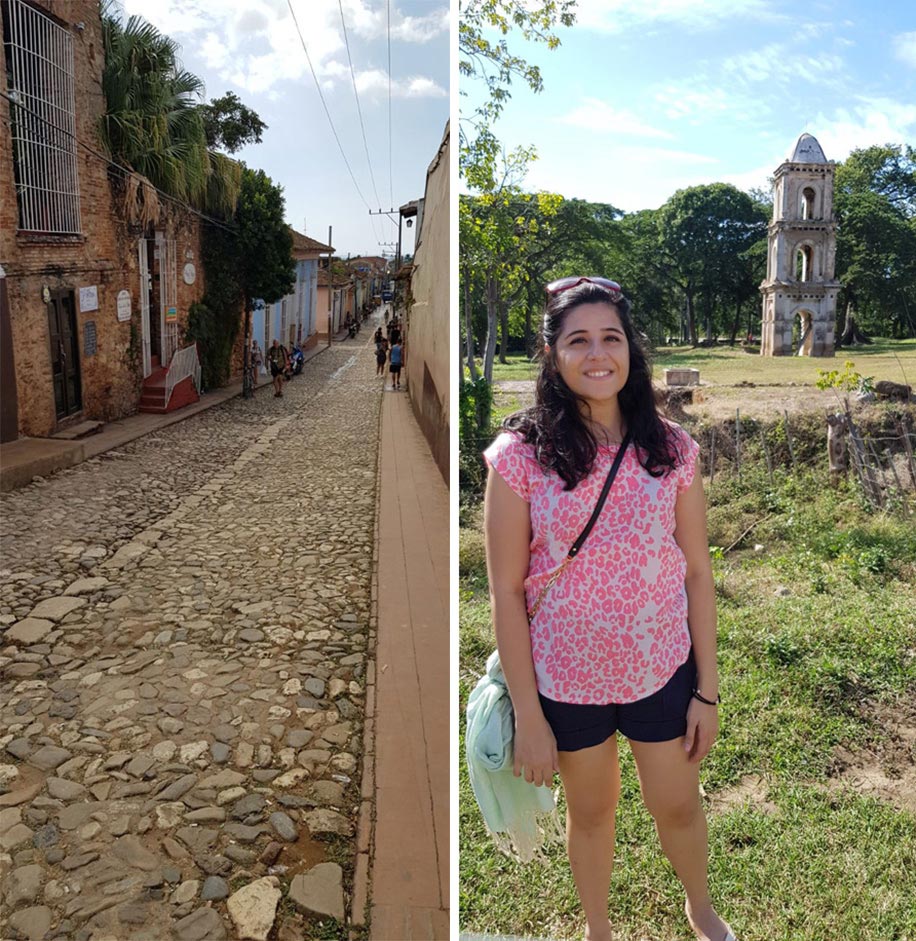 Best meal of the trip
“The best meal we had was in Trinidad, at a restaurant called San Jose. It serves the town’s best Cuban food. Service was excellent as were their food and cocktails.”

Most romantic moment
“The most romantic moment we had was while sipping cocktails at Playa Mayor in Trinidad and watching the sunset with classic Cuban music playing in the background in the streets around us. We also had a really special time at the Playa Ancon (beach) while we watched the reflection of the sun on the translucent waters of the Caribbean Sea.” 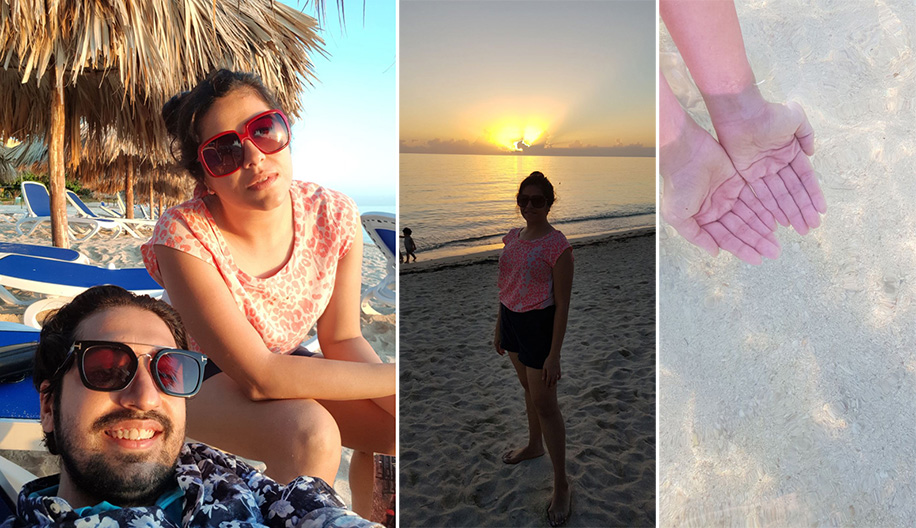 Advice to other couples
“Cuba is a wonderful and magical place. However, there are some things that need to be prepared in time for a trip to Havana. For one, changing to the local currency can only be done in Cuba and it attracts exorbitant commission charges. It is advisable to withdraw money in the local currency from a local ATM but only from a non-American bank. Couples should also be wary that food in Cuba can be pretty bland. We did find the one Indian restaurant operating in Cuba, Buena Vista Curry Club, which was an enjoyable meal after days of the local Cuban cuisine.”

Must-experience
“A tour of Havana city in a convertible classic American vintage car and mojitos and daiquiris at the famous Hemingway joints at La Bodeguita Del Medio and Floriditas respectively.”

Must-avoid
“Avoid taking photos of the military or police in Cuba.”

Share your vivid memories from your honeymoon and stand a chance to get featured on WeddingSutra. Write to us at editor@weddingsutra.com.