This couple raised the bar with a wedding that focused on charity, welfare, and conservation.

Marriages are made in heaven and sometimes angels walk among us.

While planning one of their biggest celebrations of their lives, Anisha and Ashwin made sure to share the love and joy beyond their friends and families. Their wedding evolved into an opportunity to support their favorite causes, raise awareness and take their guests along on a wave of goodness. Read on to know more about how they made their special day significant to a larger group of people.

How We Met
Ashwin first contacted Anisha after speaking with her dad. That first conversation was three hours long, colored with shared experiences, including a recent Valentine’s Day they’d both spent wondering whether they would ever find true love. They talked about favorite books, favorite destinations, and Anisha insisting repeatedly that she knows what she wants. That first encounter was magical and was followed, not too far into their courtship, by a proposal.

Proposal
In September 2016, on a sunny Saturday, Anisha and Ashwin went to the Cincinnati Zoo (one of Anisha’s favorite places). They wound up at the giraffe-feeding platform and paid three bucks for a few pieces of lettuce. As Anisha turned to feed lettuce to a gentle giraffe, Ashwin descended on one knee and presented a beautiful diamond ring. Anisha turned to hand him a piece of lettuce, gleefully anticipating his delight in feeding the giraffe. Instead, she saw the ring and lost her breath. The circle of onlookers waited anxiously to see what she would say. Of course, she accepted and much merry-making ensued. She said it was fate. He said it was about damn time!

Wedding Planning
The couple feels passionately about non-profit work and had a wedding that emerged from the same ideals. Right from their clothes, to the decor, everything was planned keeping in mind the greater good.

It began with an environmentally conscious decision to use only recycled paper products for paper-based décor and stationery. The designer of their wedding attire is known for her best practices. Anita Dongre uses green production methods and equal employment strategies and her clothing was chosen for the sangeet and pheras. On the day of their wedding, the couple wore shoes by TOMS due to the philanthropic nature of the company; the brand donates one pair of shoes to a child in need for each pair of shoes purchased.

The couple then involved their guests in making their wedding an altruistic one. The two requested donations to any one of the charities they supported in instead of wedding gifts. Anisha chose the American Heart Association, both, in the loving memory of her late grandmother and in support of Ashwin who finished his Cardiology Fellowship. Ashwin, on the other hand, stood for Pratham, a charitable organization in India that works toward providing primary education for underprivileged children. The gesture allowed the couple to raise more than $20,000 for charity!

Sangeet and Mehndi
The couple hosted the first night of their celebration at Downtown Cincinnati’s Fox Sports Champions Club of Great American Ball Park. Hosted by Anisha’s sister Sonam and brother Arjun, the evening was filled with food, spirits, music, and dancing. Performances throughout the evening included dances by the couple’s friends, siblings and families with a surprise dance from Anisha – and an even bigger surprise song performed by Ashwin. Since the duo clubbed this with their mehndi, an area was set up for the guests where they could get beautiful henna designs drawn on their palms.

The bride and the groom dressed in the same shade of blue for this event. While Anisha wore a long kurta with pants by Anita Dongre, Ashwin wore a kurta and chudidar by Vivek Narang. 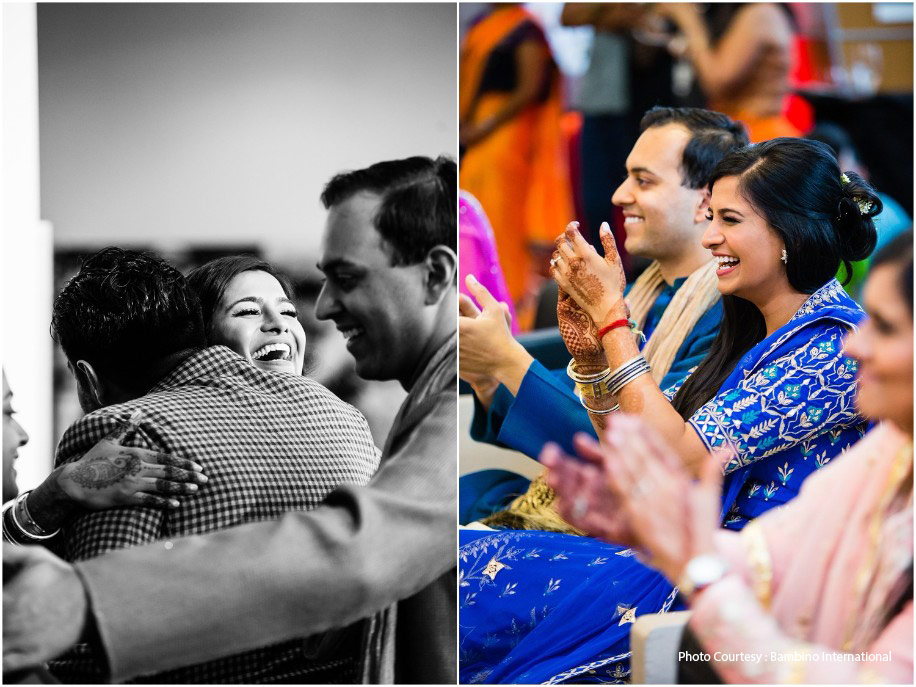 Pheras
Drees Pavilion in Devou Park, Covington was the venue where the couple exchanged their vows in a fusion Indian setting, with a breathtaking view of the Ohio River and the city of Cincinnati. The guests assembled in front of an elaborate floral mandap and Anisha walked down the aisle with her siblings by her side. The wedding was filled with elegance and a surprise. Anisha was mindful of the warm sun, its potential effects on their guests and Ashwin’s love of ice cream and ensured the arrival of an ice cream truck offering everyone a cool treat.

Anisha wore a bespoke Anita Dongre creation while Ashwin chose a white sherwani. Both opted for Toms shoes to go with their outfits. 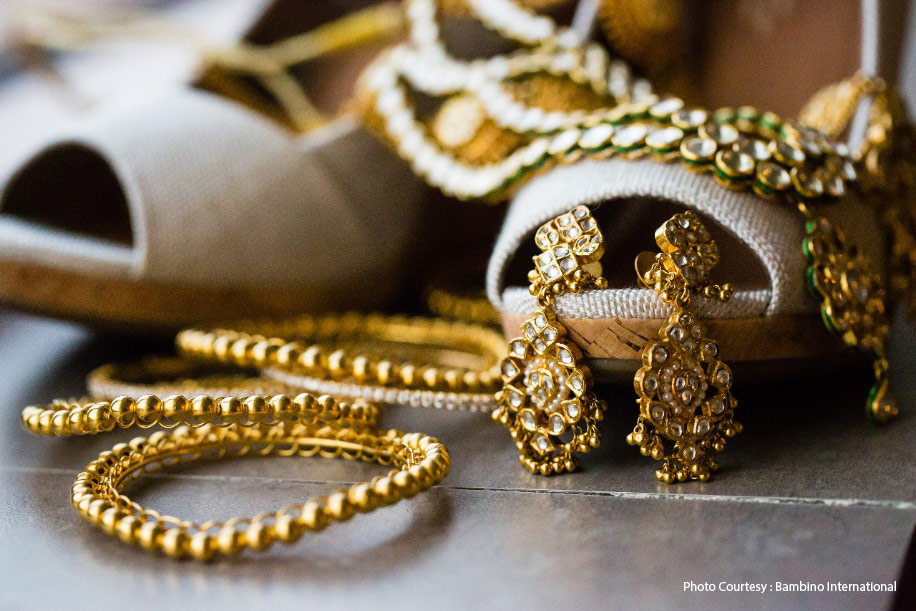 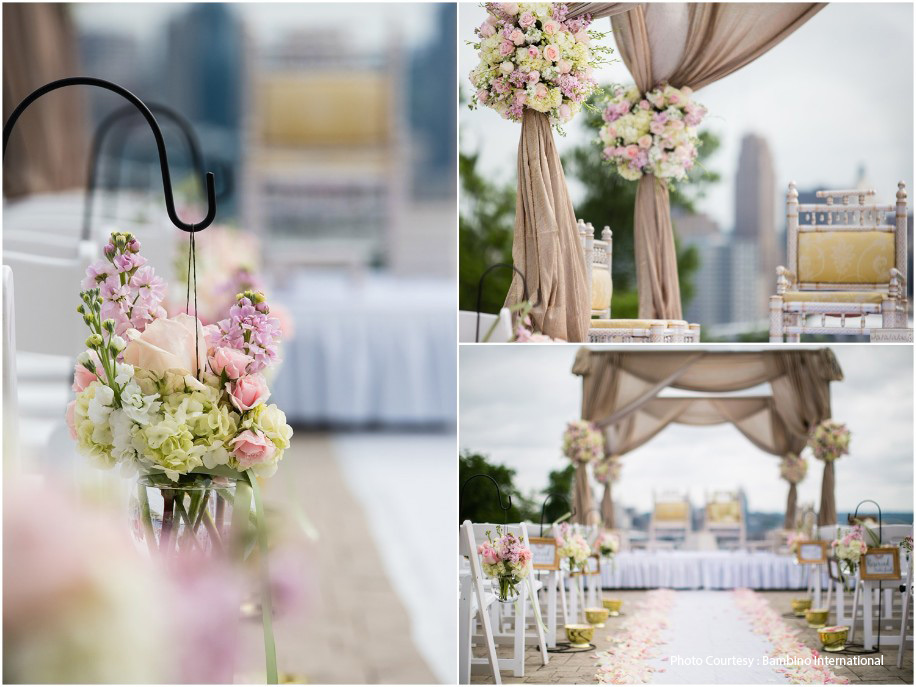 Reception
Hyatt Regency Cincinnati was an easy choice of venue for Mr. and Mrs. Jindal, as it is precisely where they had their own wedding reception. Guests were welcomed to a cocktail hour and greeted by the sounds of the tabla and sitar, Anisha and Ashwin’s signature A&A cocktails and cocktail napkins printed with fun facts about the newly married couple.

Ashwin carefully orchestrated a surprise for Anisha. Back when they first started dating, Ashwin recorded the couple singing Jason Mraz’s “I’m Yours.” That’s the song that he played and to that, the newlyweds shared their first dance. After a series of moving speeches by the dads and others, Mr. Jindal joined his daughter on the dance floor where they performed a beautiful and lively dance that quickly filled the dance floor before dinner.

Following dinner, Ashwin’s friends launched into surprise flash mob and DJ Ice and Fresh kept the crowd dancing the night away. After midnight, a flurry of pizzas kept the party going well into the next morning!

The bride wore a Sabyasachi lehenga and the groom picked out a Stuart Weitzman & Canali suit for their reception. 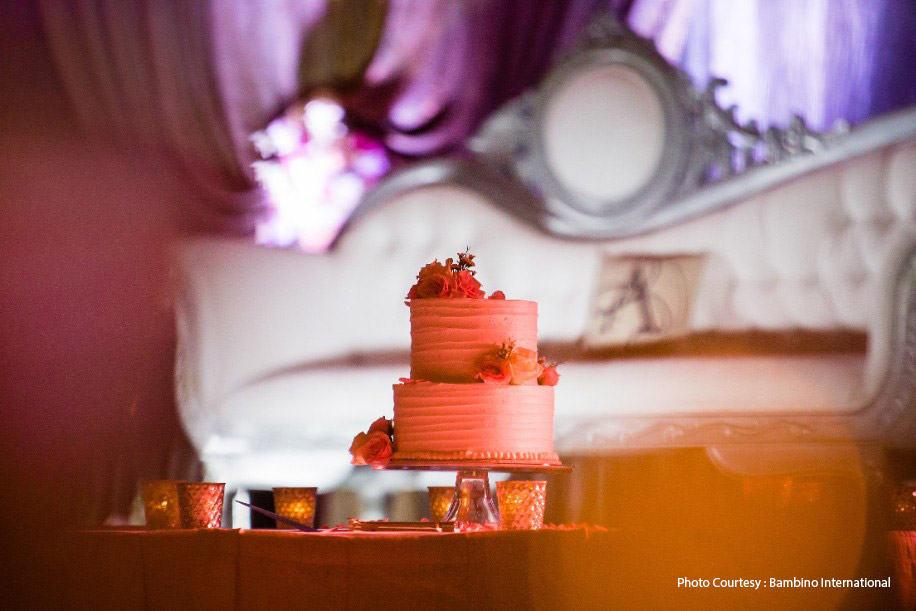