Aditya and Tanmayee traditional wedding in the US resulted in double the joy as it also served as a long-awaited reunion for family reunion from across the globe.

Aditya surprised Tanmayee with his marriage proposal on a gondola. However, the couple left no room for last-minute surprises at their wedding which was planned perfectly. Take a look at their traditional nuptials held in California. 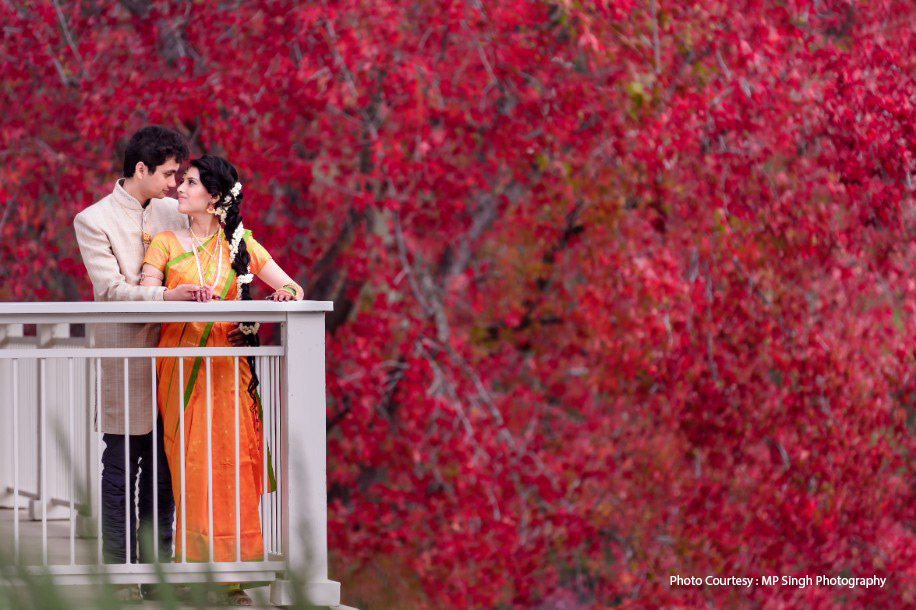 How We Met
Tanmayee and Aditya met each other online. They grew fonder of each other after chatting on Skype and on the phone. After some time, Tanmayee flew to Boston to meet Aditya for the first time, and weeks later he decided to drop by San Francisco to see her. Over time, they fell deeply in love and got engaged at Rhode Island, US.

Proposal
Aditya had planned a proposal on a gondola ride. Despite the gorgeous weather, a gondolier serenading them, and the sparkling cider and cookies on board, Tanmayee did not see the proposal coming. Aditya had blindsided her by dropping multiple hints on how he had not gone ring shopping yet. When she thought nothing more of the gondola experience than a beautiful boat ride, he surprised her by pulling a ring out of his jacket and popping the question when they were in the middle of the river. Tanmayee, of course, said yes. Both sets of parents were delighted, and wedding planning commenced.

Wedding Venue
Tanmayee wanted to get married in her backyard. However, since that wasn’t possible, the November wedding took place at Saratoga Country Club, a hillside retreat in California, which is less than a ten-minute car ride from her childhood home. The ceremony was held outside on the golfing greens that sprawled between the gently rolling hills. The weather was sunny and warm during the ceremony, and it was slightly cooler at night. An indoor reception took place later that day. 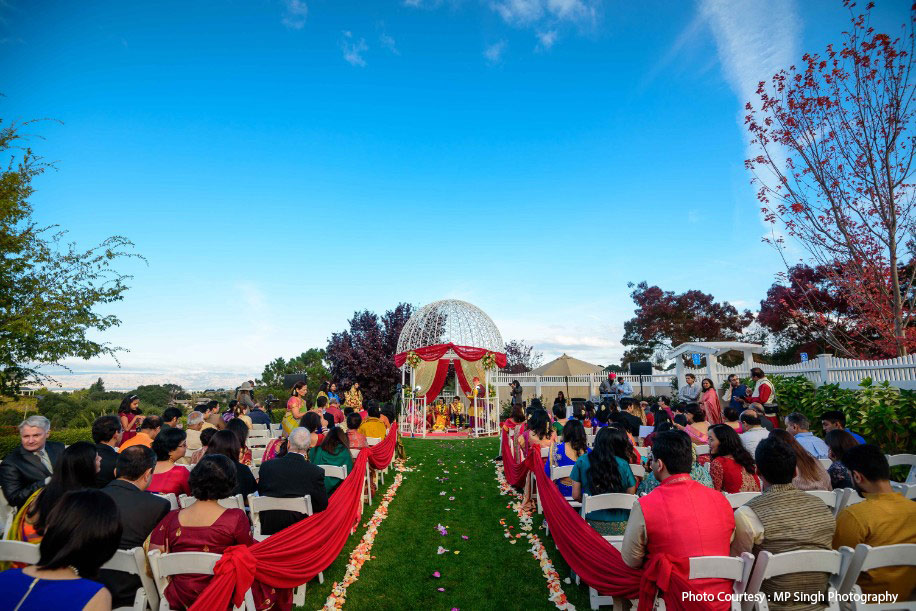 Sangeet
The celebrations started with a sangeet which took place a day before the wedding. The function began with a gift exchange between the families of the bride and groom, and this was followed by song and dance performances. Tanmayee’s family members flew in from various parts of the country to California. Aditya’s grandparents arrived from Pune, and his aunts and uncles from the US and Australia also attended the celebrations. The couple believes that since their nuptials also served as a massive family reunion, the joy at their functions was doubled.

For their sangeet, the venue was decorated using drapes in rich colors such as vermillion, deep blue and gold. The bride wore a red lehenga with floral motifs in gold thread, while the groom complemented her outfit by opting for a maroon dhoti and bandi jacket from Manyavar. 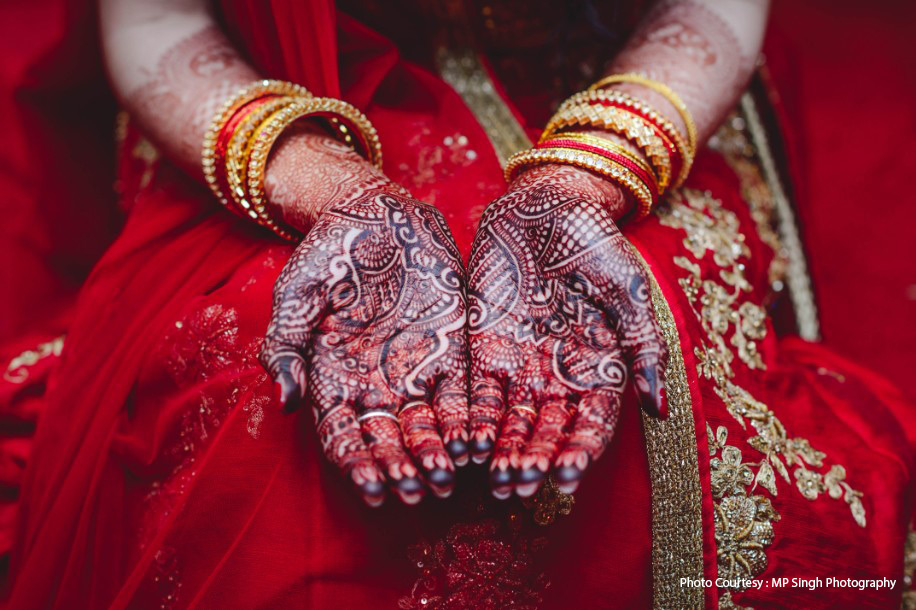 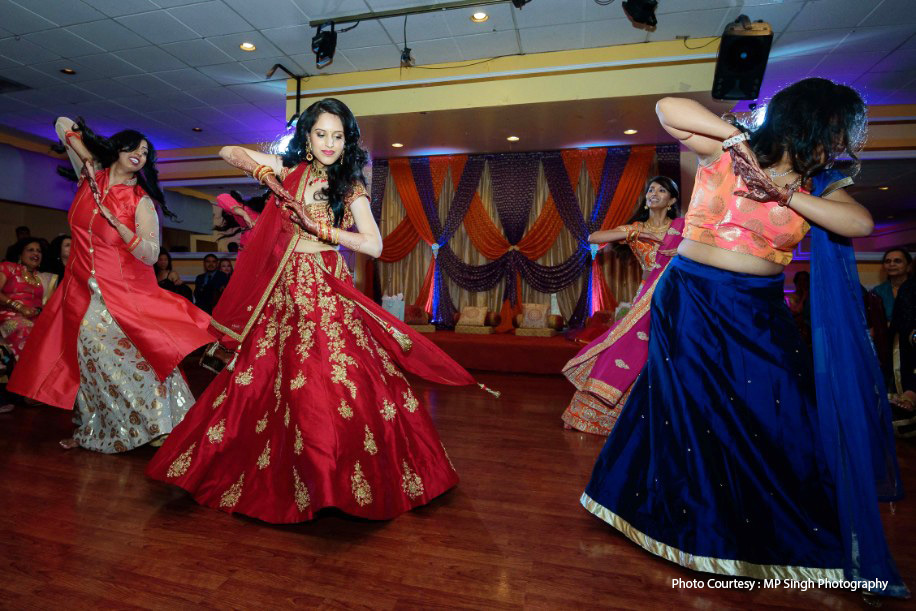 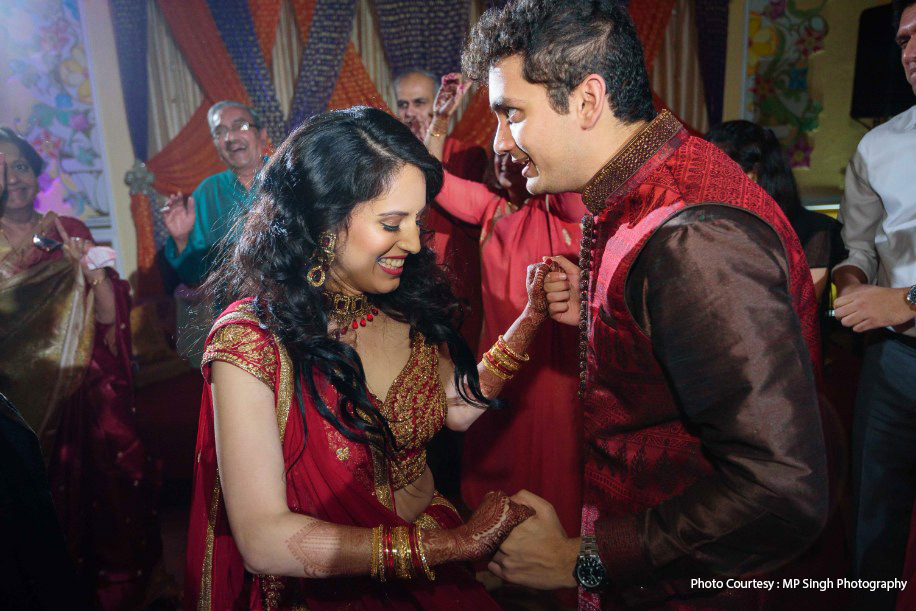 Wedding
Aditya and Tanmayee wanted a traditional Indian wedding that was colorful, lively, and true to the sacred rites and rituals of a Maharashtrian Hindu ceremony. The afternoon outdoor ceremony was conducted the next day by Panditji Vilas Thuse. He educated the multicultural audience on the various rituals. Aditya’s uncle added an authentic Indian flavor, quite literally, to the wedding by bringing sweets from Pune for all the guests. The bride wore the customary paithani saree in orange, while the groom opted for a brown and blue outfit from Manyavar. 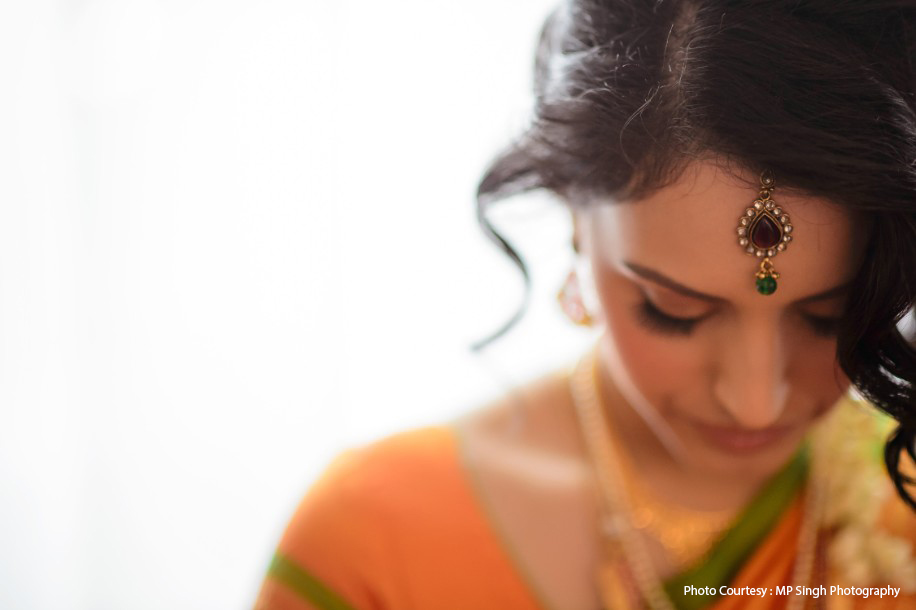 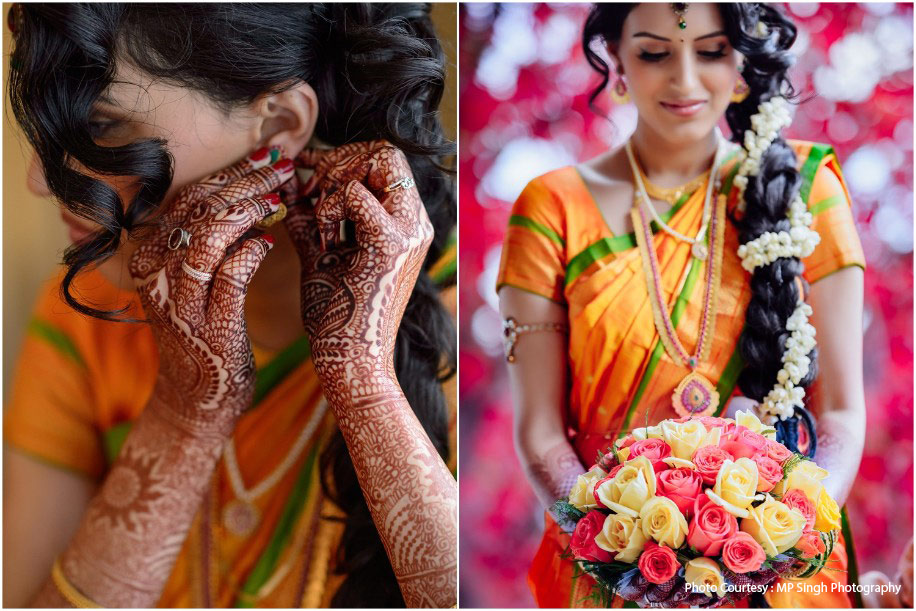 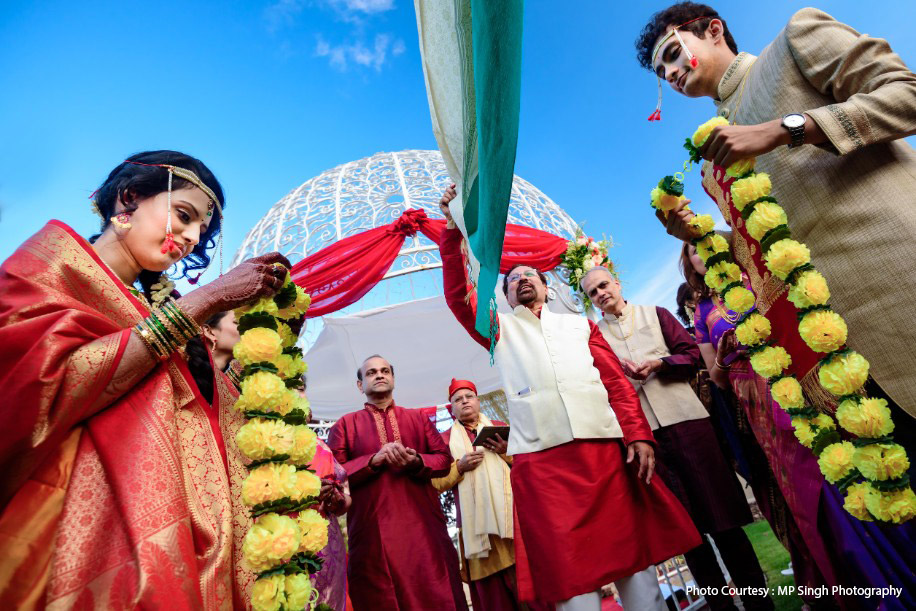 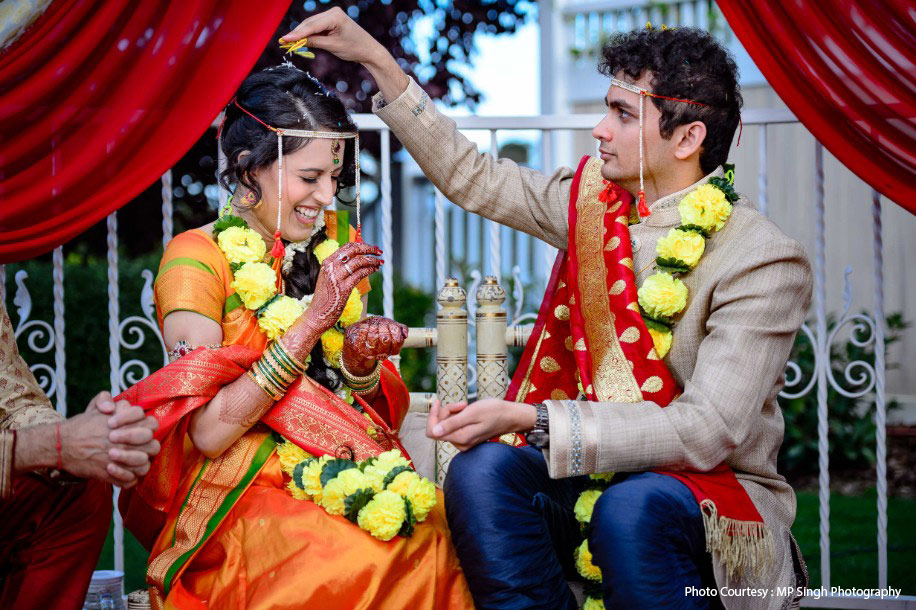 Reception
The reception was held in the evening after the ceremony. The cake cutting session and speeches by family and friends were followed by mother-son, father-daughter, and bride-groom dances. Aditya’s favorite animal is the elephant, so elephant cake-toppers, wedding favors such as elephant candle-holders, and elephants printed on placards for guests at the sit-down reception dinner were all incorporated into this wedding. After the reception dinner, the dance floor was open to all. Tanmayee wore a light blue lehenga from VAMA Designs in San Jose which matched the decor elements perfectly, and Aditya donned a Calvin Klein suit for this event.