From red carpets to posing in a train terminal that got famous thanks to a Bollywood hit, this wedding was a cinematic affair.

College sweethearts Twinkle and Dipesh hosted their Bollywood inspired wedding celebrations across beautiful venues in New York. Check out some highlights of the filmy festivities that unfolded over five days. 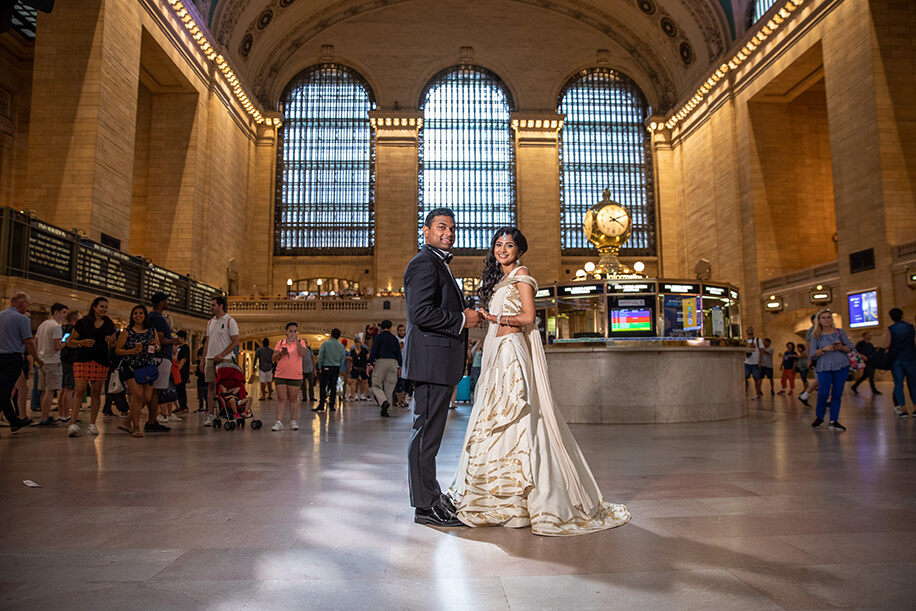 How They Met
Twinkle shares, “We met at Cornell University and were on the same Garba Raas dance team. From awkwardly stealing glances during our study hours in the library, to dancing our Gujju hearts out at garba sessions, we slowly found a special place in each other’s heart. After nine long years of dating, we finally tied the knot.”

Wedding Venues
“Our five days of spectacular wedding festivities were celebrated in the heart of the Big Apple – at midtown venues between New York City and Manhattan. We got married at the world-famous Pier Sixty, Chelsea Piers, right over the Hudson River in Manhattan,” adds Twinkle.

Ganesh Puja
The first of many functions was a Ganesh Puja attended by close friends and family members. To make the occasion doubly special, Twinkle wore her mother’s wedding outfit, which was a red and white lehenga with a customized red blouse featuring zardozi work.

Mehndi
The mehndi function with dandiya dance performances was a daytime affair. After all the ladies in the house had their hands dipped in henna, the function flawlessly transitioned into a silent disco party. The bride looked pretty in a pastel green Bhumika Grover lehenga, while the groom picked an off-white kurta with floral prints. Sangeet
The sangeet venue was decorated with pink drapes and fresh flowers. The star couple were welcomed by their loved ones holding sparklers in their hands. Twinkle and Dipesh took to the dance floor and delighted everyone with their choreographed performances. Twinkle wore a yellow and pink lehenga by Anushree Reddy, which complemented the decor, while Dipesh looked festive in his white kurta and black and gold embroidered jacket. 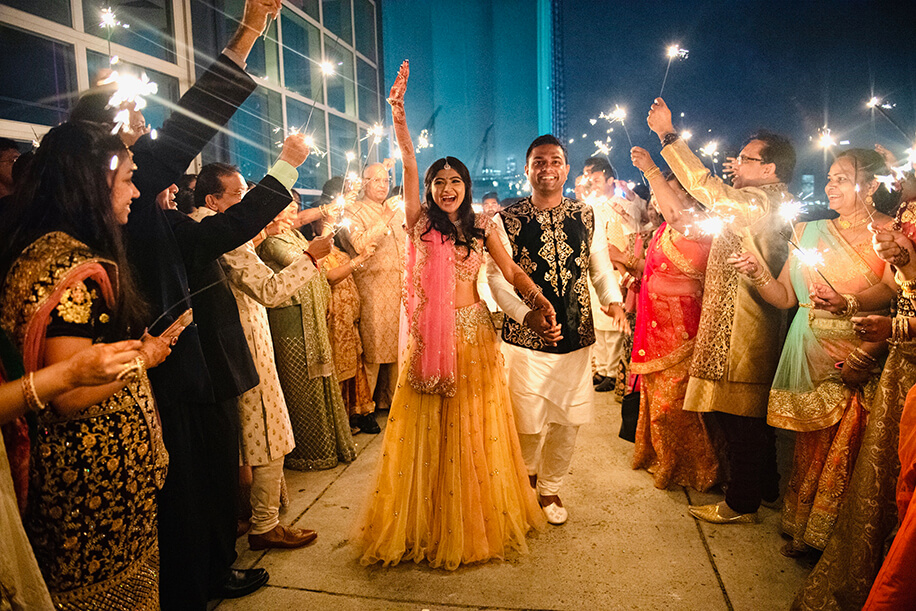 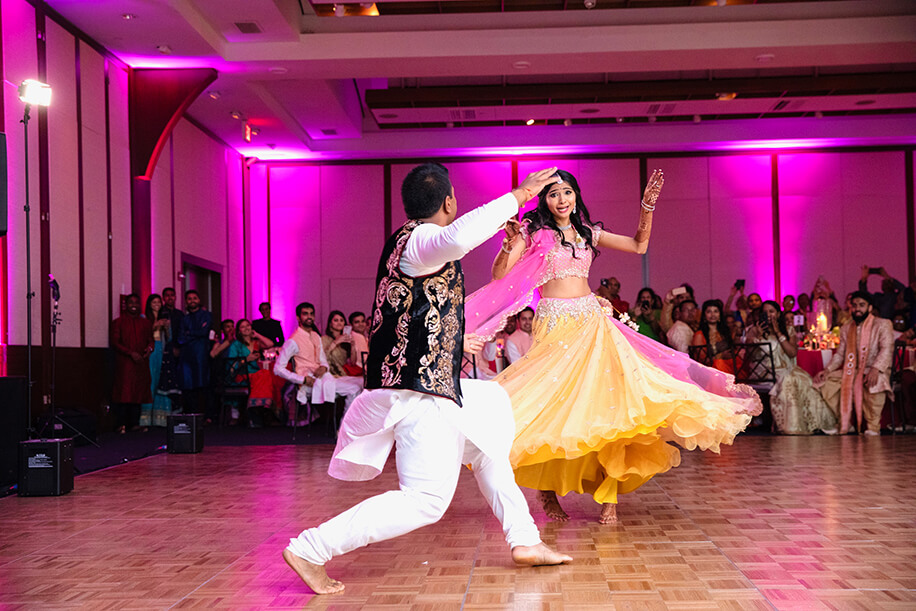 Wedding
Dipesh, dressed in a white and gold sherwani, made an entry to the venue on a magnificent white horse. However, Twinkle stole the show when she sat on top of a white Rolls Royce as it drove into the venue. She looked like a modern princess in her red Sabyasachi Mukherjee lehenga, and she held a welcome garland. When she arrived at the venue, she jumped off the car and broke into a dreamy Bollywood dance sequence along with her bridesmaids. Following a traditional Hindu ceremony, the couple exchanged their wedding vows written on pieces of paper against the beautiful waterfront backdrop. After the pheras, a sunset cocktail was held, where upbeat music saw guests dancing and raising toasts to the newlyweds. 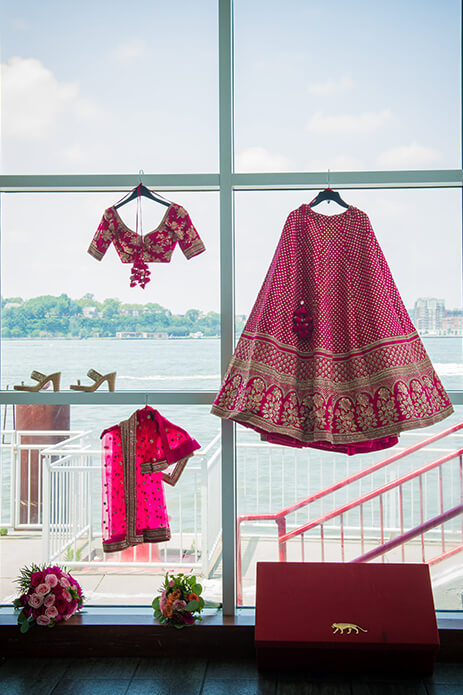 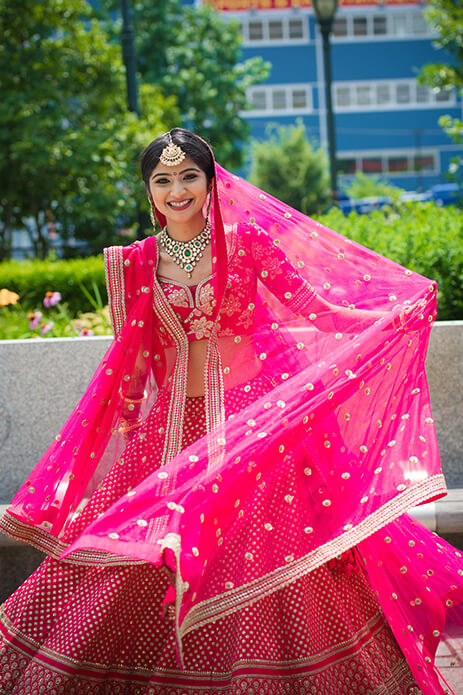 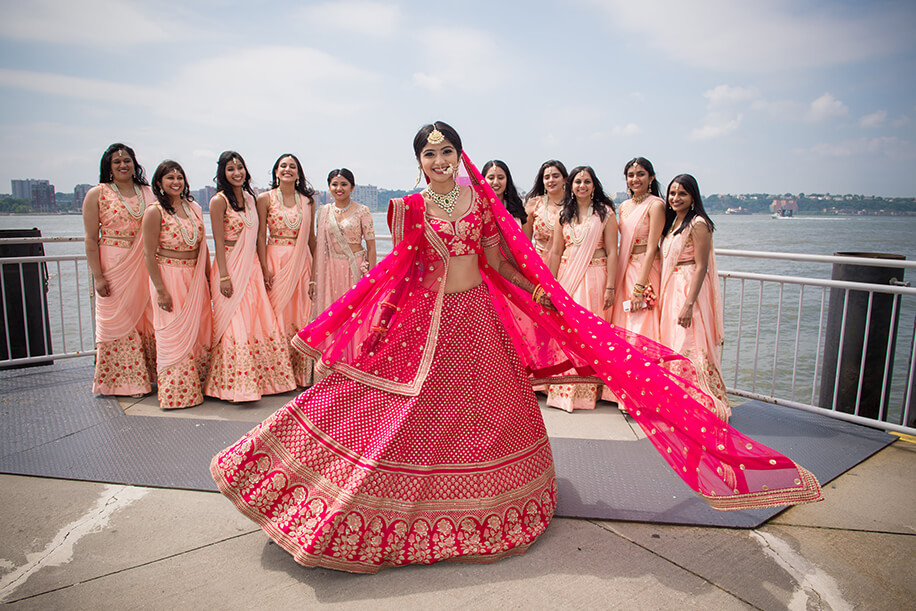 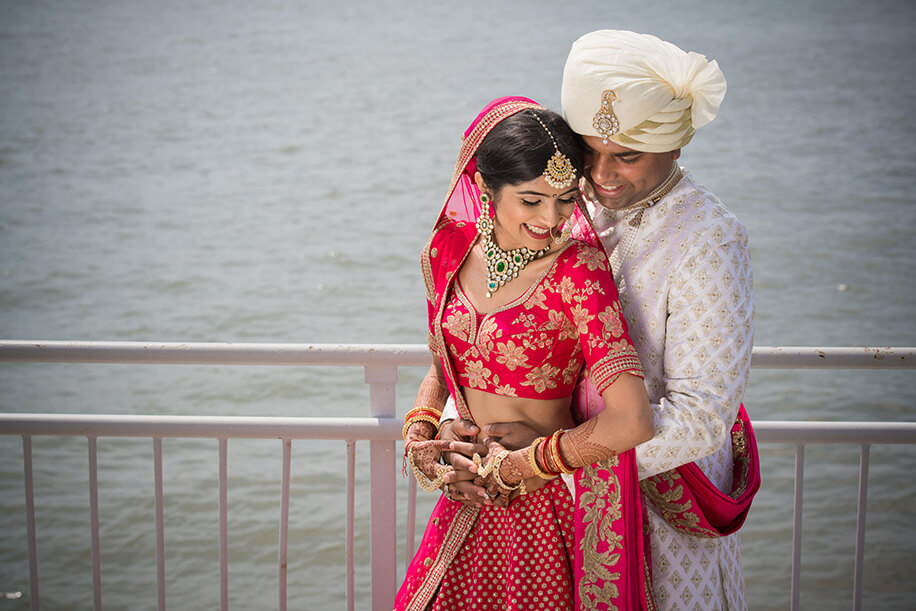 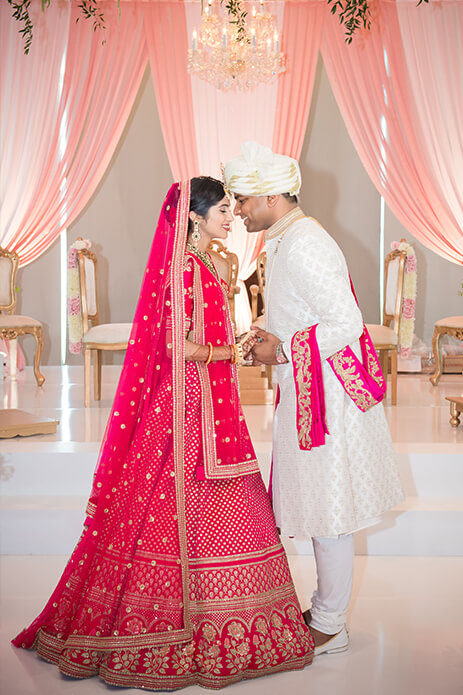 Reception
The first reception had a ‘Black Tie’ dress code, where the bride wore a Gaurav Gupta gown, while the groom donned a classic tuxedo. Guests had to walk the red carpet and were greeted by waiters serving signature drinks. A stilt walker, professional violinist, and a 75-ft long LED dragon puppet blowing dry ice were the highlights of the evening. Inspired by the Bollywood movie, ‘Kabhi Alvida Na Kehna’, the couple took special permission to get clicked across the street at the iconic Grand Central Terminal. This function was followed by a second Indian reception which was more like a farewell party held at a beautiful venue with a grand double staircase and opulent chandeliers. Twinkle wore a navy blue Shyamal and Bhumika lehenga, and Dipesh opted for a matching bandhgala suit. 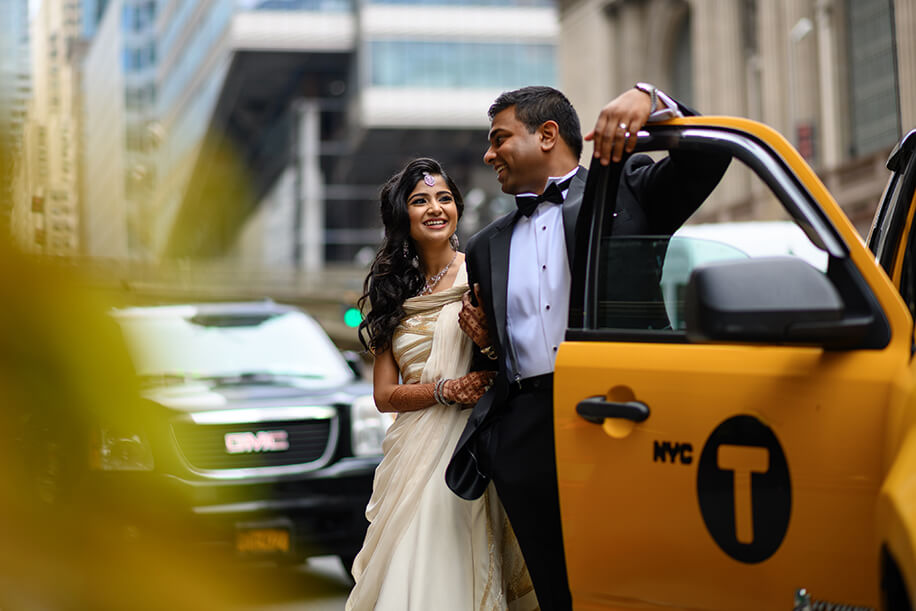 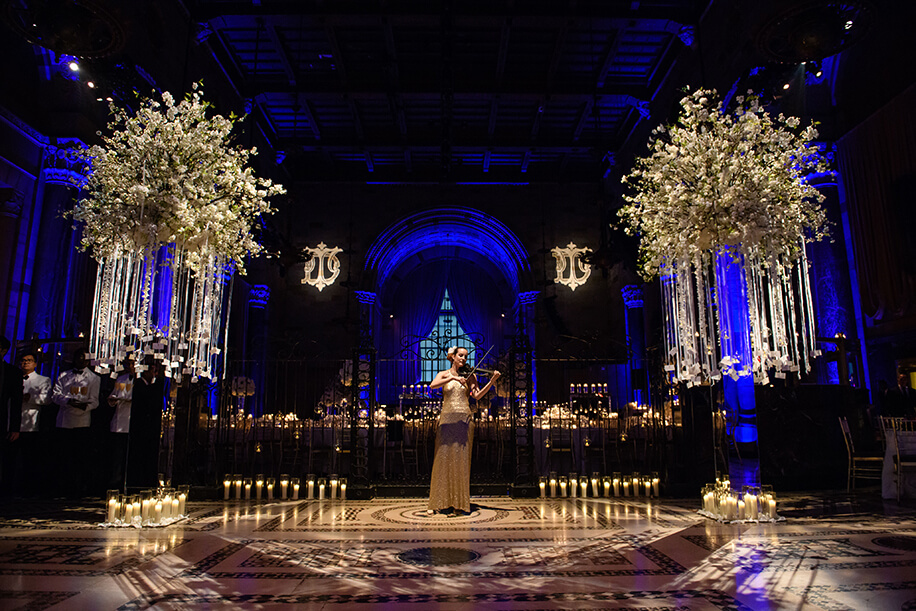