Shikha and Sunny met through common friends and got married in Mumbai. Shikha’s bridal wear was a perfect blend of style and comfort along with tradition. Being a fashion designer herself she knew what she wanted, which made things easy as well as challenging too. “Some brides take a decision quickly, and some slowly- so I don’t really have a pointer on what should be bought when. It’s all a matter of luck and your personal choice”, says Shikha.

Anamika Khanna lehenga for Mehndi
Shikha wore a maroon Anamika Khanna lehenga for her mehndi. She says, “I wanted something light and nothing over the top for my mehndi. I loved this creation at Anamika’s store in Delhi because it was dressy but at the same time not gaudy or too elaborate. It had a short choli with small border at the sleeves and at the bottom. The lehenga had lots of kalis and 10 inch broad border at the bottom with the color combination of purple, green and blue that accentuated the entire outfit. The fabric was velvet giving it a very rich look. I teamed it up with a net mango color dupatta with the thick border as was on the lehenga.”

She wore a pair of Chaand balis by Lista Jewels and kept her hair in soft curls. Vinod did her make-up for the day and kept the eyes very dramatic that summed up the whole look. 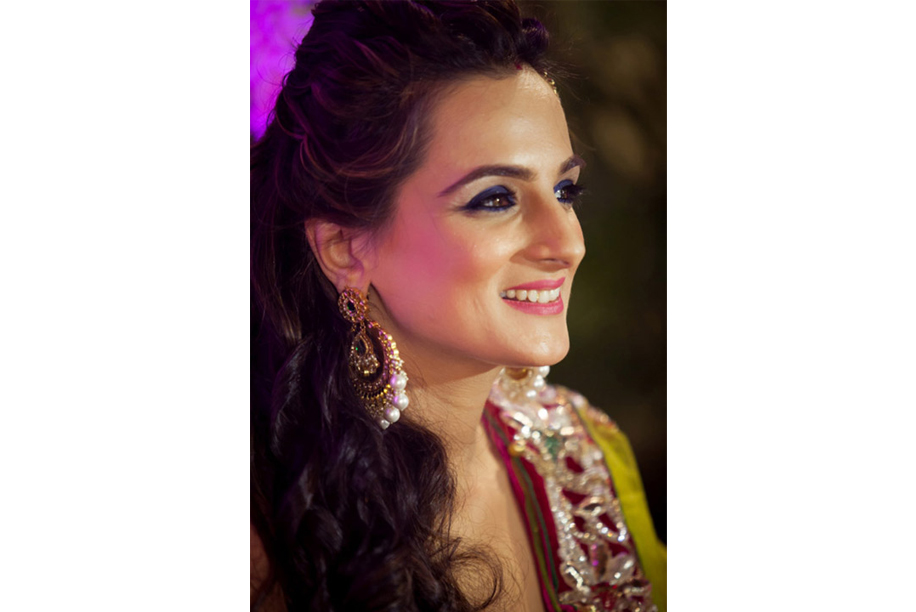 Tarun Tahiliani for Wedding & Reception
With only one and half month left before the wedding, Shikha was still not getting what she wanted. She visited Tahiliani’s store and loved an anarkali there which formed the inspiration for her wedding outfit. She says, “We reworked the entire outfit. I liked the embroidery and the colors and used them as the base for my wedding lehenga. It had different shades of pink – bubblegum pink with a slightly darker shade in the lehenga and a shade going towards maroon in the border. It had beautiful traditional gotta work and the lehenga was embroidered from top to bottom with a thick border at the bottom. I had two dupattas- the one on the head was a light net dupatta with light embroidery and the second dupatta was heavily embroidered, shaded and I had it wrapped in a saree style. ” She wore uncut diamonds for the pheras and her make-up was done by Kapil Bhalla.

The reception was just after the wedding so though Shikha stuck to the same outfit, she changed her hairstyle and make-up. “Kapil had tied the bun in such a way that after the pheras it was easier to open it up and style the hair in a little glamorous style. I changed my jewellery and draped the dupatta in a different style. Kapil retouched the make-up and darkened it a bit to go with the mood of the party.” 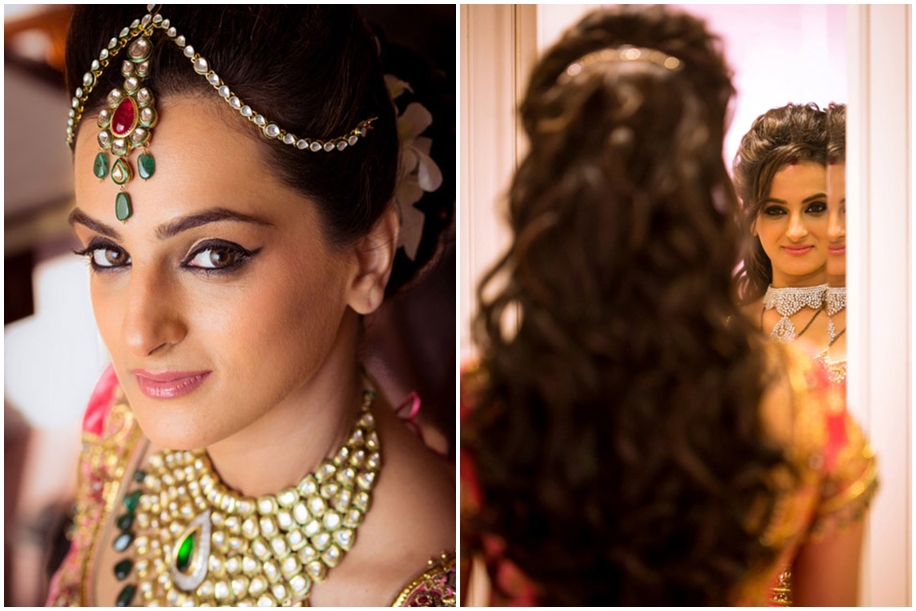