Their story is simple and sweet, the classic tale of friends turned life partners! Swati Gupta and Sidharta Vishwanath were introduced to each other by their best friends. Like many other love stories, theirs too took it’s time to come full circle with Sidharta working in China and Swati handling her mother’s salons and spas chain (BodyCraft) in Bangalore. But what’s meant to eventually find its way. Swati recollects that with Sidhartha constantly coming to Bangalore to be with his family “we started catching up on and off”. And that was how this budding friendship bloomed into a relationship and marriage. 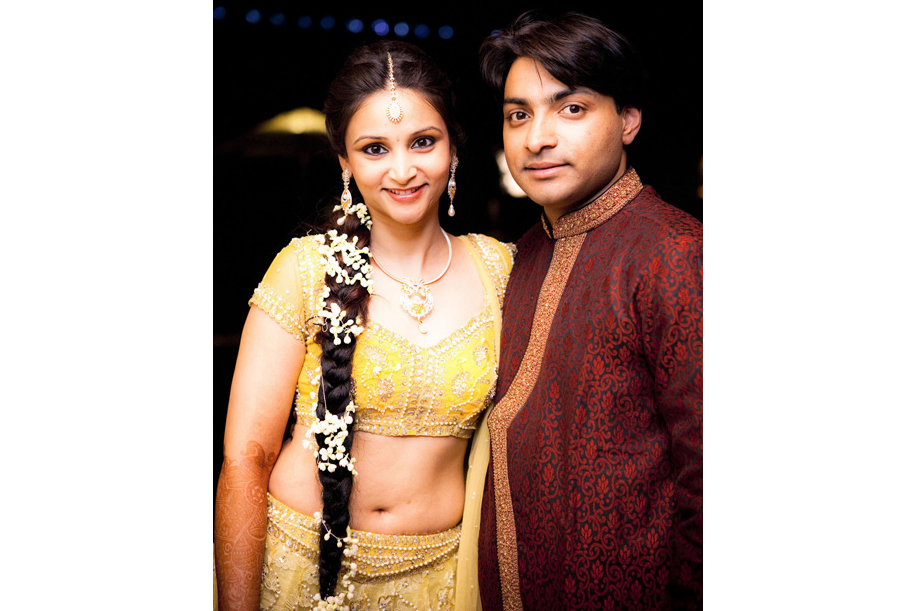 The Sangeet
Being an ace make-up artist herself Swati quips that any artist would have taken a good 45 minutes to complete a bridal makeup assignment.”But I finished my make-up in 12 minutes”. She was also very clear as to how she wished to go about her overall look for every function. Understated was the key. The festivities started with the Sangeet where Swati opted for a bright yellow lehenga choli with an utmost edifying sense to her overall getup. “I had planned to portray a very traditional look. I wanted it to be with flowers, so I wanted a braid and maang tika. I wanted the mango color which goes with the whole Mehndi effect and that’s why I chose to wear yellow.” Special attention was also put in the way her hair was lifted such that her very traditional semblance would be further highlighted. 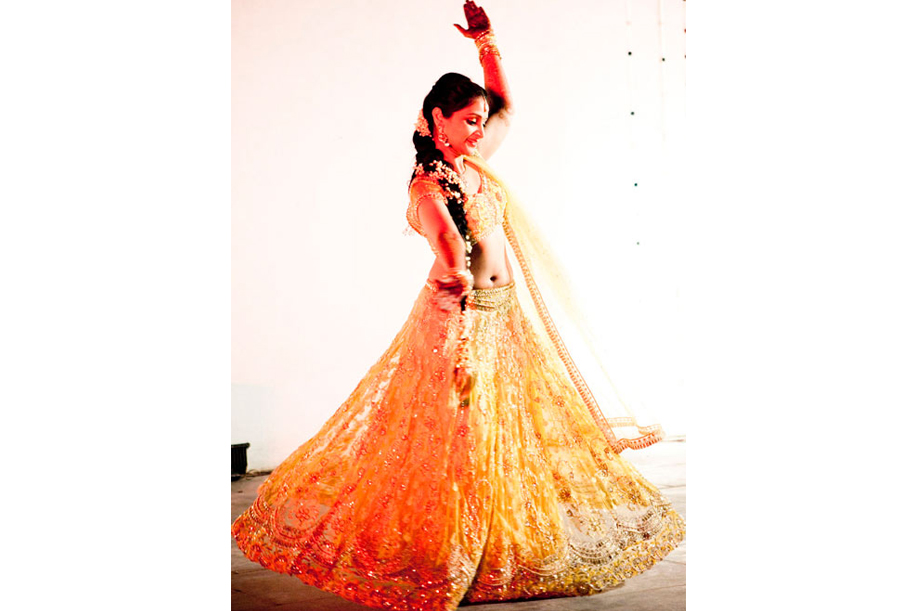 The Wedding
Sidhartha being from Kerala, there was a Kerala wedding in the morning and a North Indian wedding that followed- which meant that Swati had a chance to be a bride twice on the 29th of January 2012 with both weddings taking place one after the other at the Grand Ball Room of the Taj West End in Bangalore. 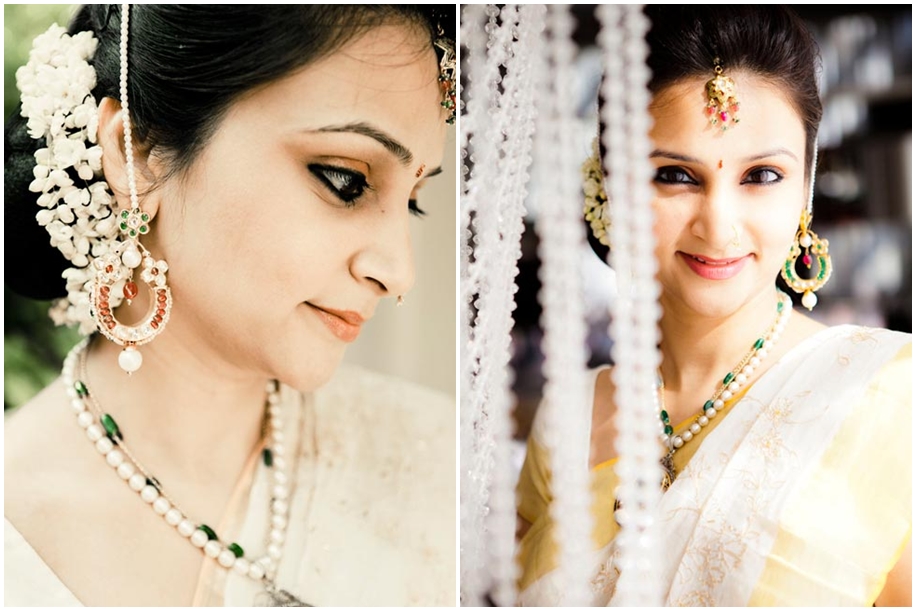 Says Swati: “The first wedding was a Kerala wedding which is all of five minutes. There’s a joke in our culture that you blink and the wedding is over, even the photographers are warned beforehand”. And so for the short and sweet Kerala wedding, where the couple had to take 3 pheras around a diya instead of ceremonial fire, Swati looked absolutely rich in an exceptionally authentic South Indian white sari with complete goldwork. Swati decided on a subtle make-up where the highlight was her kohl rimmed eyes and jasmine flowers that were curled onto her hair which was knotted into a simple bun.

For the North Indian wedding, Swati picked red, the color choice for most Indian brides. However, she picked something more heritage bent than made-to-order- her mother’s Banarasi silk sari, with vintage goldwork. She teamed this with classic diamond jewellery. Says Swati: “Every time I look at this inherited sacred red saree I admire its beauty and charm; a beautiful memory of a sacred day.” 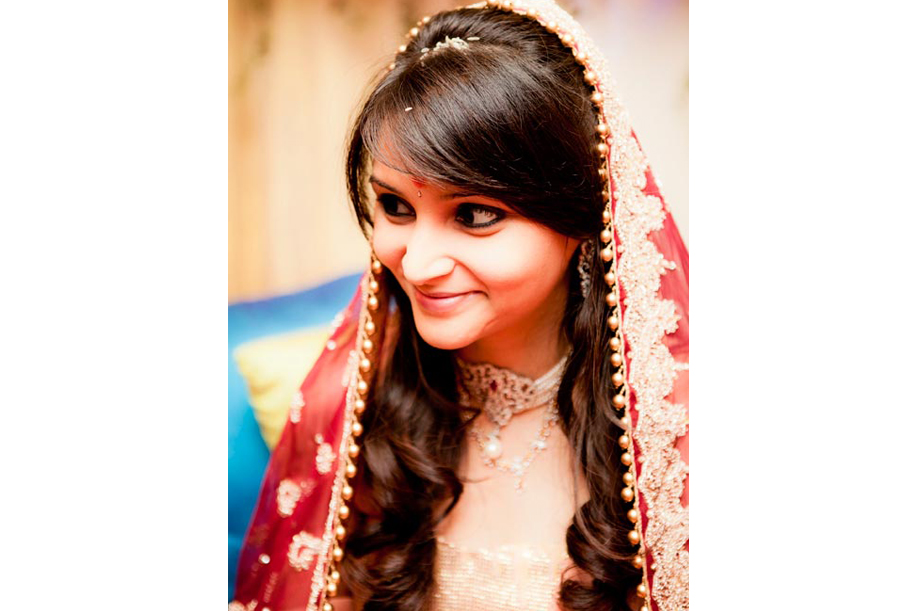