A Romantic Proposal Where He Took to the Skies!

It could be thought of as a prank when Rimal pretended to take Shivani on a luxurious ‘business trip’ – but he had personal business in mind as he intended to surprise her by proposing! Here, a delighted Shivani recalls their romance from meeting online to flying high and the beautiful finale which led to their new shared beginnings.

How We Met
“While it’s a revelation that not easy to digest for most people, the fact is that Rimal and I met online through a dating app. We did not have a single mutual connection yet we shared a million things in common. So despite us being 100 miles apart, we hardly ever felt that we didn’t belong right next to each other. After speaking to each other only for a little while, we felt like we had known each other forever. So we decided to move out of the virtual space and see each other in real life. When we met, we hit it off exceptionally well, and just a few months later we knew it was time to take things to the next level. Then our families got involved and everyone saw how perfect we were for each other!” 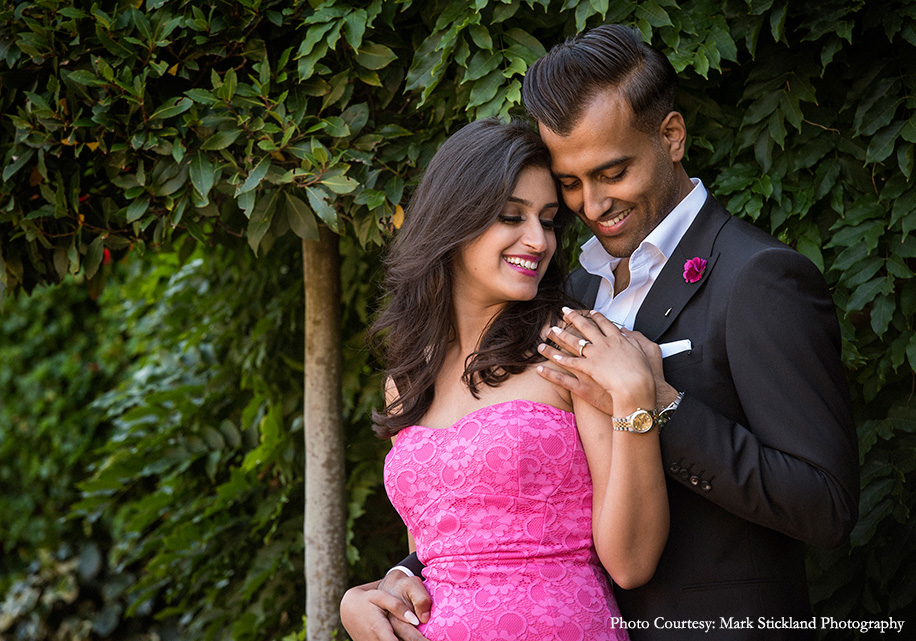 Proposal
“Months before Rimal proposed to me he started talking to me about luxurious ‘business trips,’ and one day he told me he was going on one. He asked me if I would like to join him and I was none the wiser. As the day got closer, I did question whether he was going to propose, but I was never 100 percent sure so didn’t want to get my hopes up in case I was wrong. On the day we left, I caught my usual morning train into Kings Cross, and Rimal was there waiting in a chauffeur-driven Bentley to take us to the helicopter school where we flew to Chewton Glen Hotel & Spa. On the helicopter, he seemed nervous, but he’s not a brilliant flyer, so I didn’t think too much of it.”

“When we landed, a photographer told us he was from the team of the ‘business associates’ and asked if he could take a couple of photos. Once we were out of the helicopter, Rimal arranged for a Rolls Royce to take us to the hotel for the ‘conference.’ As I started walking towards the car, I remember feeling confused, wondering if that car was for us and where was Rimal going. But as it moved forward, I saw that behind, in white lettering, there was a sign that read ‘Will You Marry Me?’. I was genuinely shocked!”

“I turned around, and Rimal was standing right behind me with the most beautiful ring. I always used to tease him that when he asked me I’d respond with a ‘Maybe’ and so I did! Luckily he knew I was joking! After the proposal, we headed to the hotel where he had booked the outdoor garden area and had the florist decorate the pergolas in green foliage and fairy lights. A rose petal strewn pathway that was lit by candles lead us to our table on which sat a beautiful bouquet of a 100 roses. A small musical ensemble played some of my favorite Westlife songs. I’m a huge fan so to have this was the most amazing personal touch! The day proceeded with lots of photos, champagne, and laughter. It was truly magical and a dream come true!” 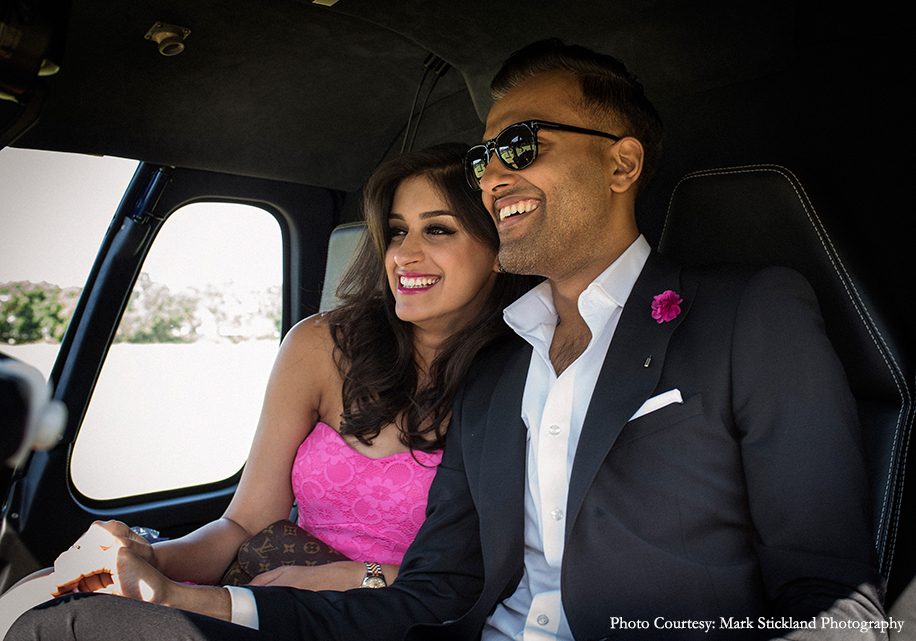 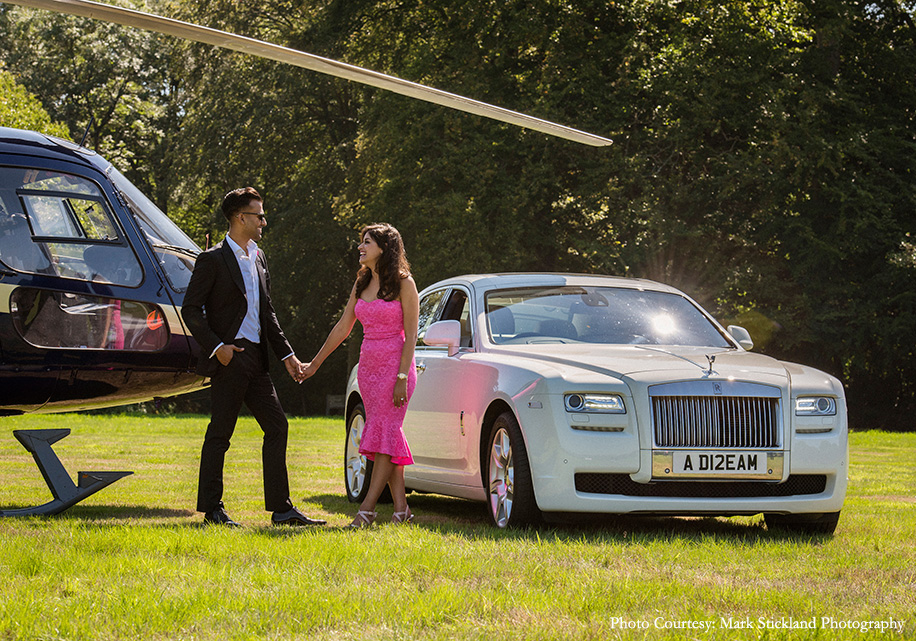 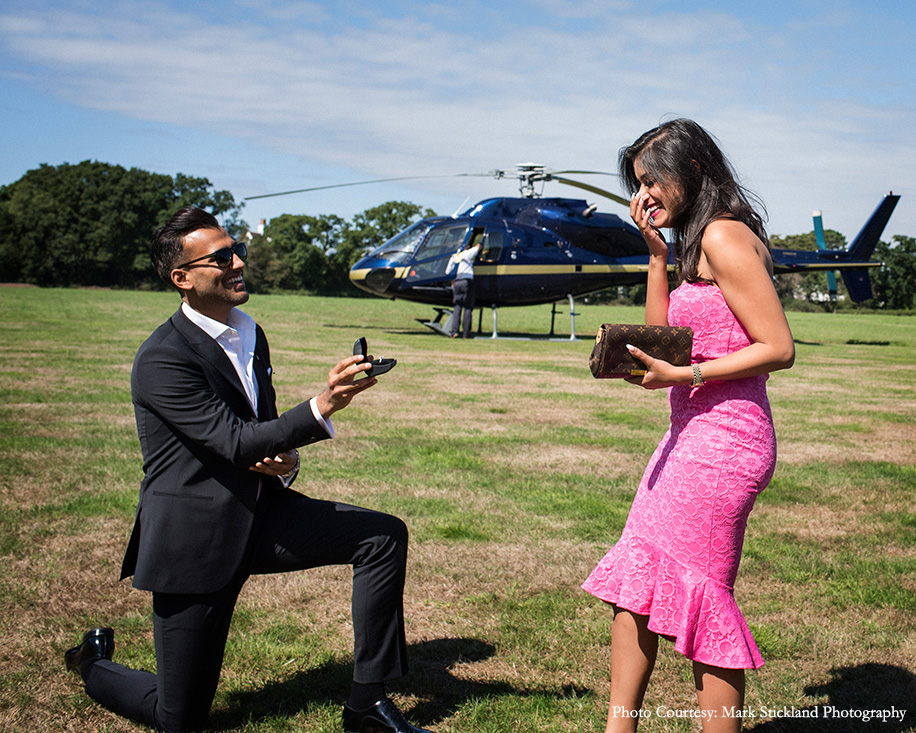 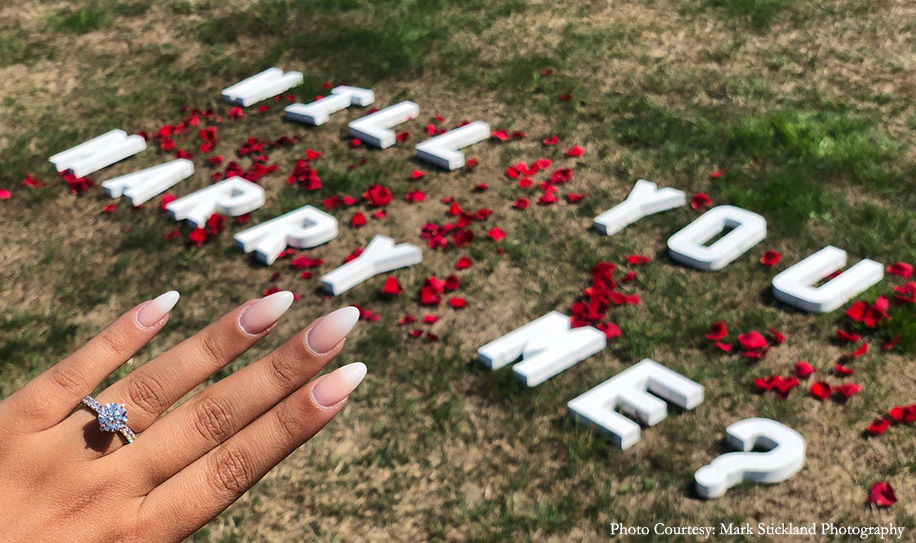 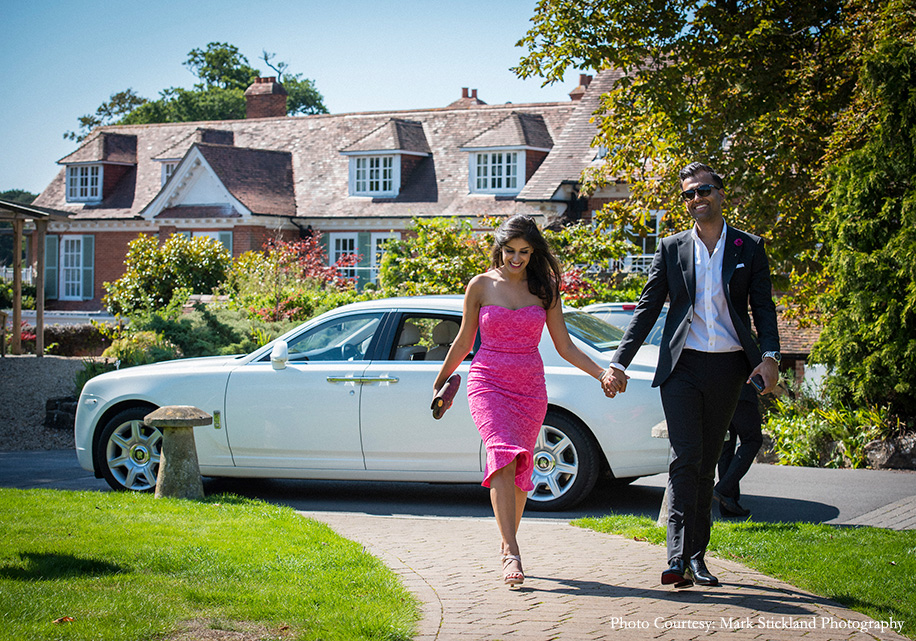 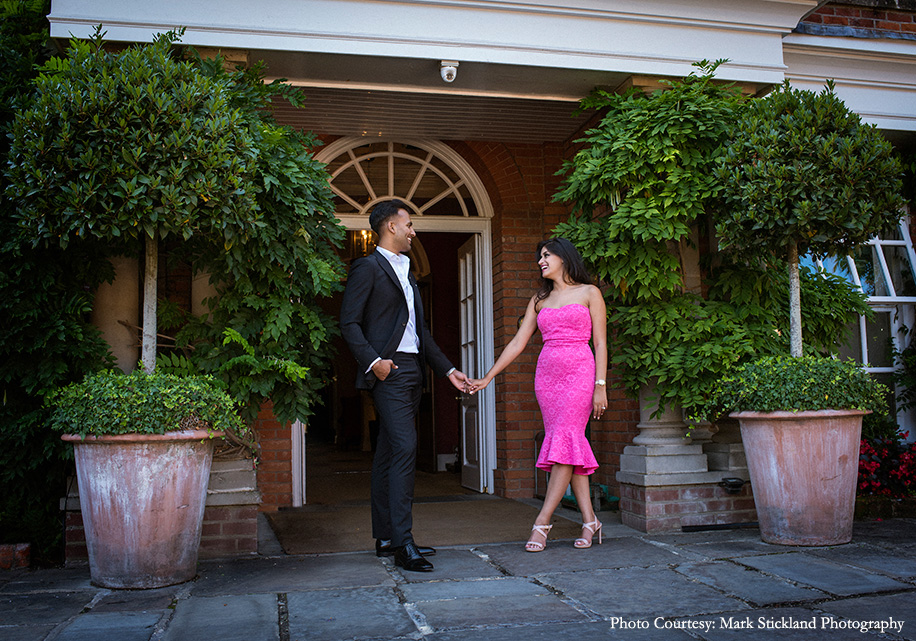 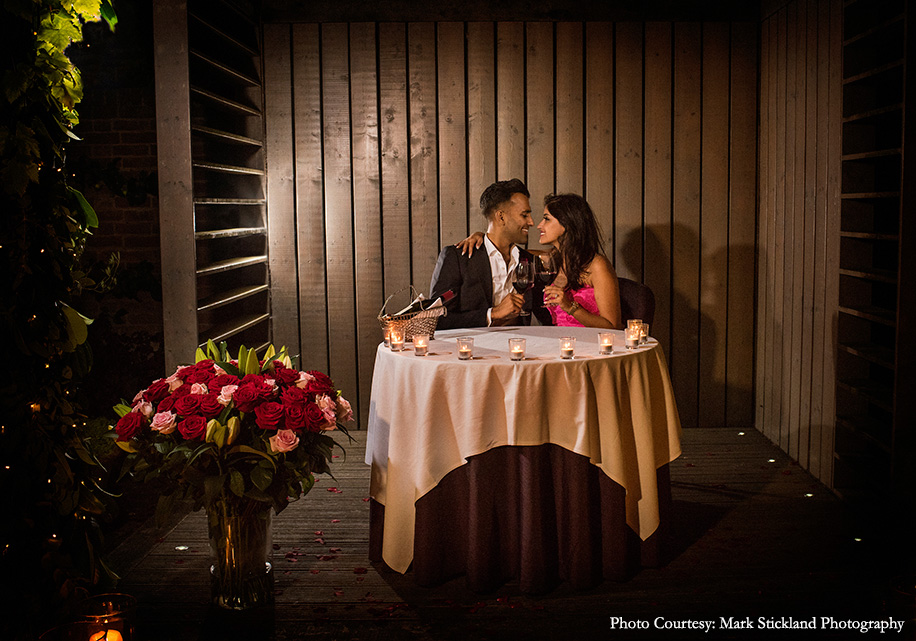 This entry was posted on Tuesday, November 6th, 2018 at 4:33:41 pm and is filed under Pre Wedding Photoshoots, Wedding Photography & Films. You can follow any responses to this entry through the RSS 2.0 feed. Both comments and pings are currently closed.