Supriya Rao and Allen Hwang are both doctors and live in Philadelphia, PA. They got married on May 29, 2010 at the Hilton Pearl River in Pearl River, NY. The couple were introduced by mutual friends at an Indian restaurant in Durham, N.C. She had been having interviews at Duke’s medical school, where he was a second-year student. She entered Duke later in 2004 and saw Allen around campus. They became casual friends. A few weeks later, Alleng was instructing a group of first-year students in how to draw blood, and one of the students was Supriya. When the students began practicing on one another, Supriya’s partner accidentally stuck the needle into an artery instead of a vein and she nearly fainted. Allen rushed to her side. After class, Allen walked Supriya to her car. As they talked, they discovered common interests in science fiction movies, 80’s music and college basketball. Their first date was a few weeks later at a Turkish restaurant. 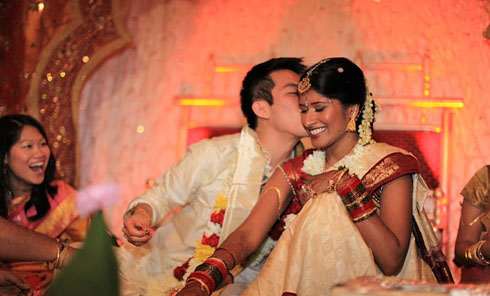 The beautiful wedding ceremony was attended by 400 guests and included both Indian and Chinese traditions. The Hindu ceremonies were conducted by Pandit Krishna Bhat Varanasi and Pandit Maruthi Bhagavatula. The decor was a fusion of deep reds, ambers, and a warm orange glow. Orchids and candles beautifully decorated the room. 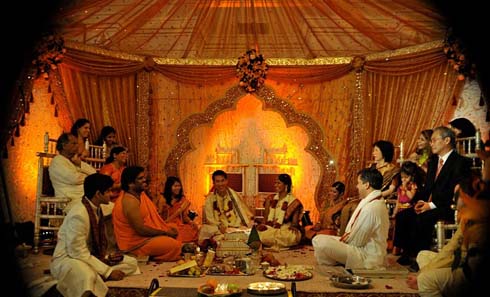 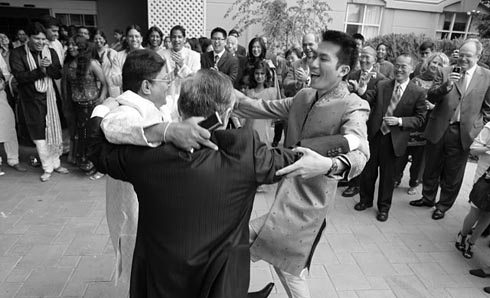