Whenever we visit Delhi, it is a beautiful experience to drive through the majestic Aurangzeb Road. With sprawling bungalows on both sides, we try not to miss the name boards which occupy pride of place. Some of the country’s most powerful politicians, bureaucrats, supreme court judges and industrialists live or work here. Most of the residences are elegant colonial bungalows, with the exterior edifice not being altered too much; now we hear some luxury apartments have come up on Aurangzeb Road. 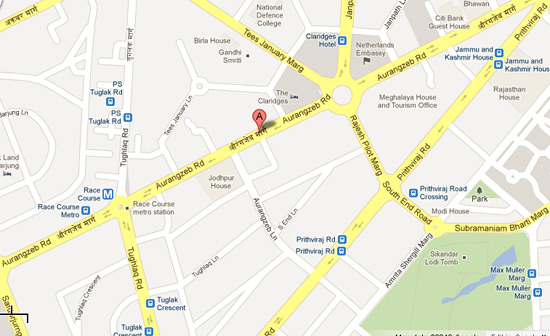 31 Aurangzeb Road may be in the news for a different reason now. An interview with Randhir Kapoor, father of bride Kareena Kapoor features alongwith it, the invitation to their Dawat-e-Walima on Thursday, 18th October in Delhi. The venue for the reception is not the Pataudi Palace near Gurgaon but 31 Aurangzeb Road. We googled to know who lives in 31 Aurangzeb Road- the top result shows that the address in Lutyen’s Delhi was supposed to be the address of former President APJ Abdul Kalam after his retirement in 2007. However, the former Vice President late Bhairon Singh Shekhawat moved in there, where he lived till May 2010. The bunglow is referred to a Type VIII bungalow (we gather Type VIII bunglows are allotted to the senior-most ministers) built on a 5,000 square feet plinth area. More recently it was reported that Pranab Mukherjee, when he was Finance Minister used to conduct some of his meetings at 31 Aurangzeb Road which was not his residence. 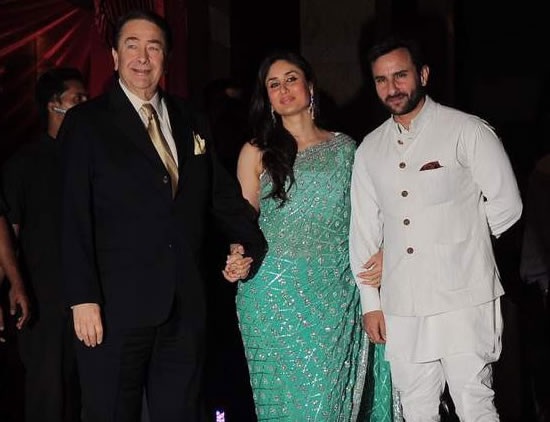 The Dawat-e-Walima (post wedding reception) is hosted by the groom’s family. In the interview to Times of India Randhir Kapoor stated: “As much as Babita, me and the entire Kapoor family would like to have a reception party, we have to respect the sentiment of the couple who are marrying. Kareena and Saif want to have a small, private wedding, and only the immediate relatives of the Kapoors and the Khans, and friends close to my children have been invited. I would personally like to say sorry to those who’ve not been invited to the wedding. The bigger reception in Delhi has been organised by Saif’s mother, a lot of politicians will be attending that one as Sharmilaji is very well-connected politically.”

This entry was posted on Friday, October 12th, 2012 at 3:44:14 am and is filed under Wedding Planning. You can follow any responses to this entry through the RSS 2.0 feed. Both comments and pings are currently closed.