A glamorous wedding proposal that celebrated the city of New York

Introduced by their parents, a couple of dates was all it took for Shaweta and Rupinder to know that they were meant to be. Being busy doctors, they led busy lives and couldn’t take time out for a pre-wedding shoot. But Rupinder had something else on his mind as he flew his bride-to-be out of India for a proposal that ticked all the right boxes. 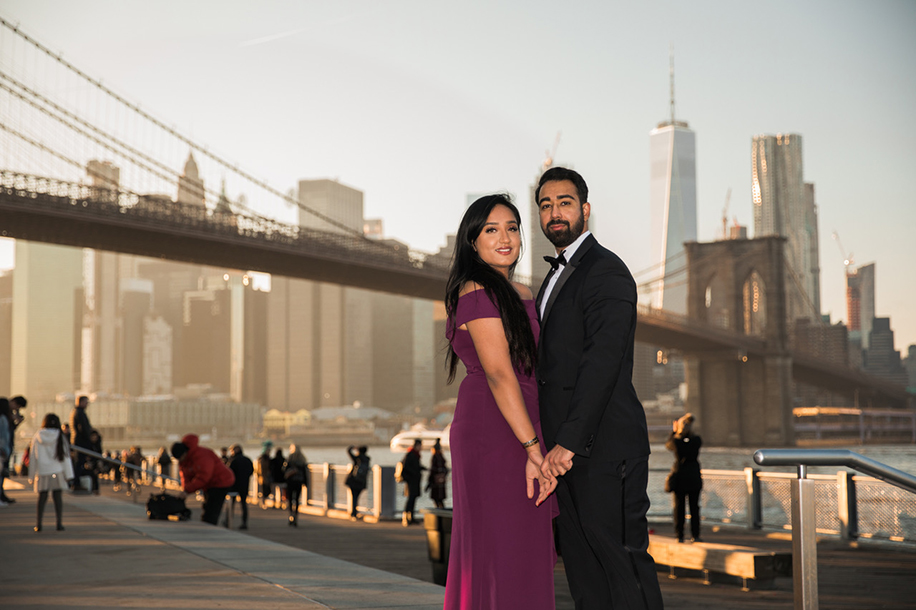 How They Met
Shaweta recalls, “We were introduced through our parents and in a couple of meetings, we both said ‘yes!’ Once we both had agreed, our families arranged everything at the speed of light.” 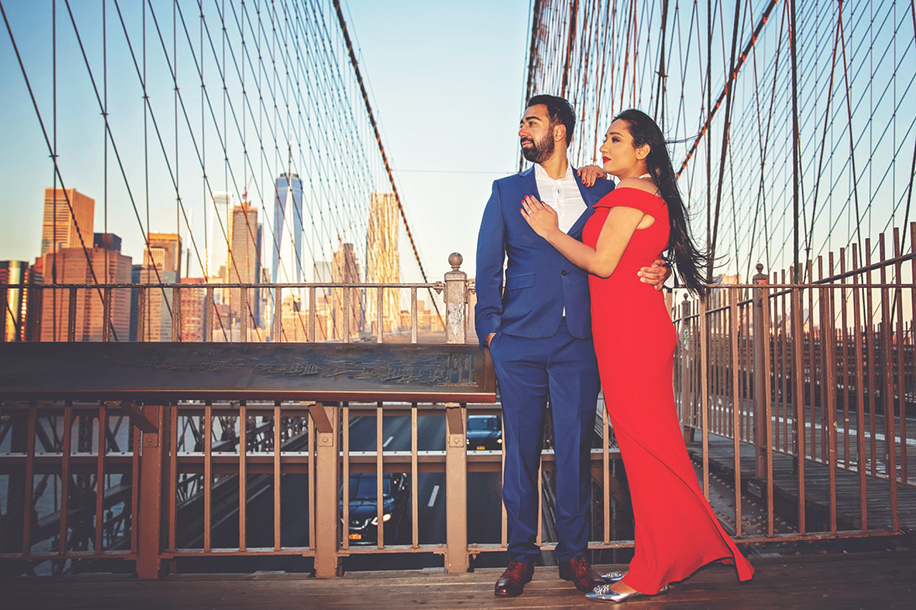 Proposal
While everything was moving forward in a timely fashion, and while Shaweta was constantly on her toes to keep up, Rupinder decided to give his bride a proposal she always dreamed of. Brushing off the shortage of time, he made every effort to make sure that she got a proper proposal regardless of it being an arranged match. 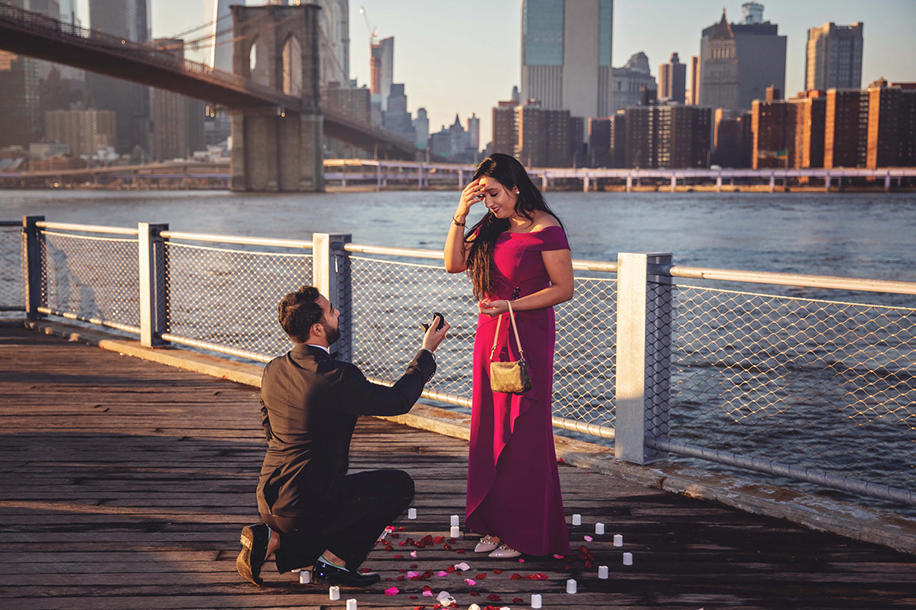 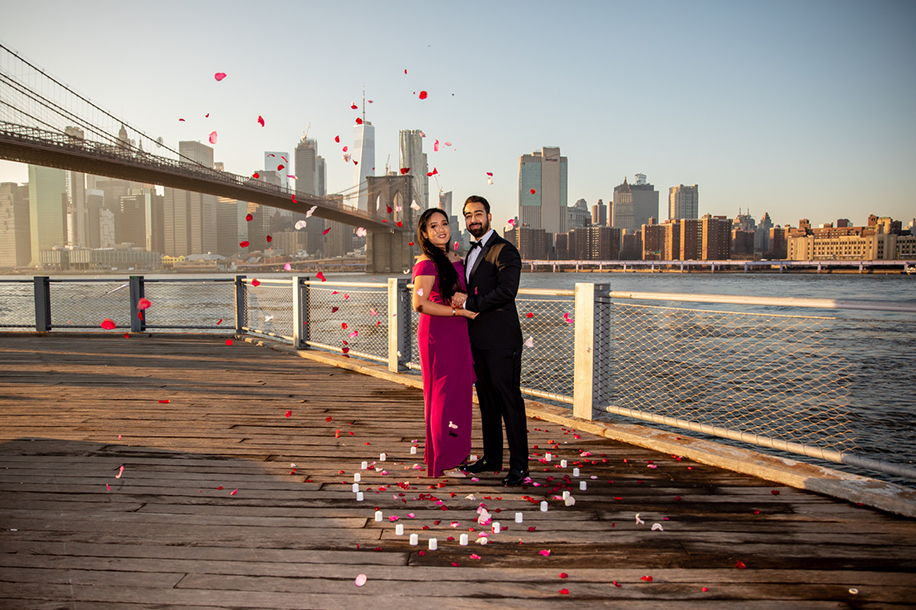 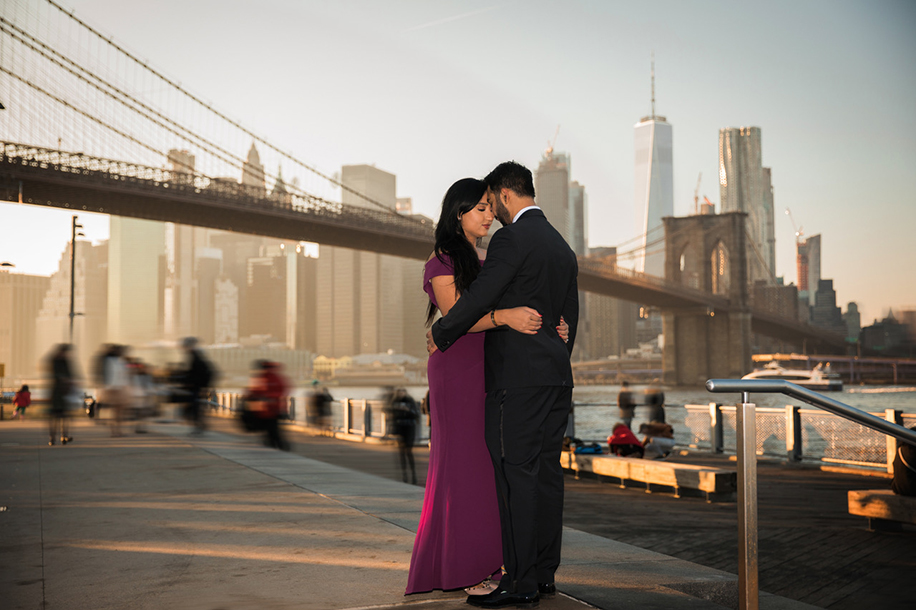 Shaweta recounts, “We didn’t have any time for a pre-wedding photo shoot as we were getting engaged in India. All the preparations had to move forward really quickly as we had only 25 days to get everything together. Rupinder always knew how much I wanted to have a glamorous and dreamy photoshoot in New York City and he made all my dreams come true with this proposal. I had absolutely no idea what he was up to! He made me fly out of India in the middle of the wedding preparations saying that he needed me there for getting the marriage certificate. And little did I know that he would be popping the question by the Brooklyn Bridge!” 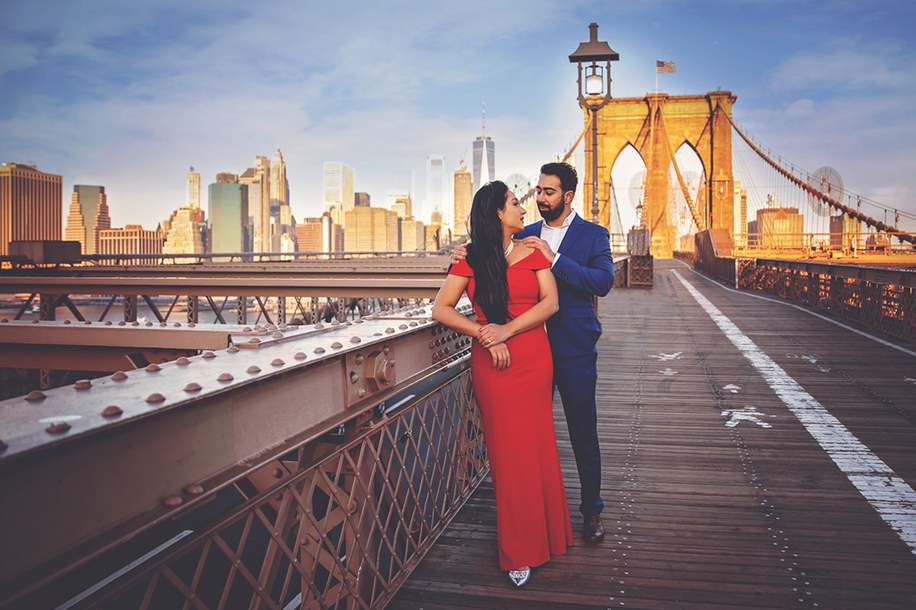 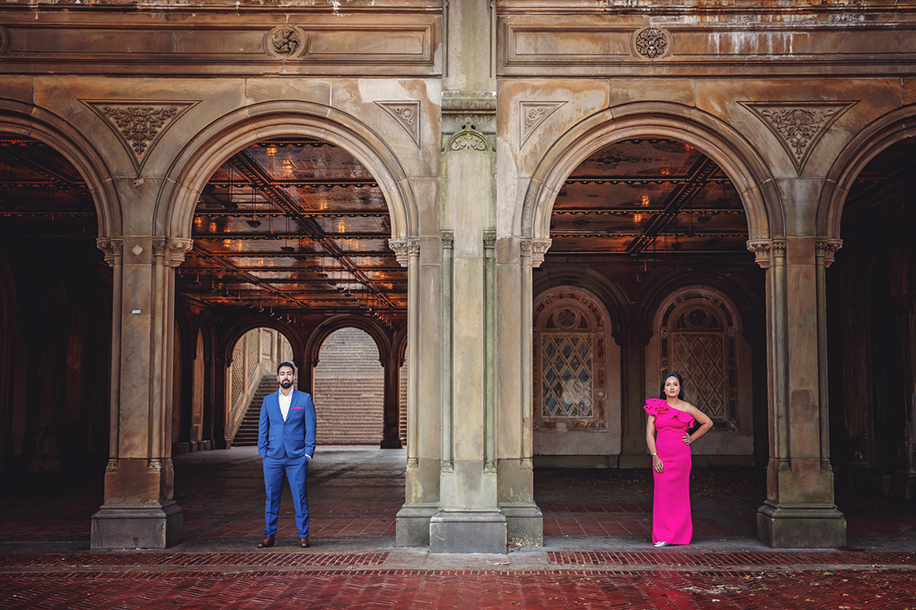 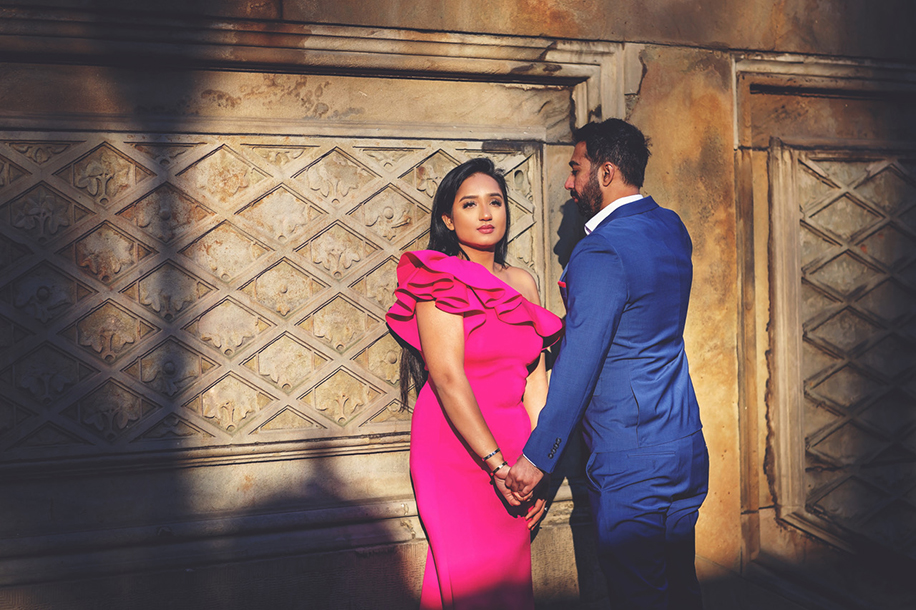 The proposal was accompanied by a glamorous photo shoot where the bride donned a bright pink and red gown as she struck a series of poses with her soon to be better half. As Rupinder went down on one knee with the Brooklyn Bridge and the skyscrapers of NYC in the backdrop, Shaweta glowed in the sunlight surrounded by candles and rose petals, as she watched her dreams of the perfect proposal unfold with this photoshoot. 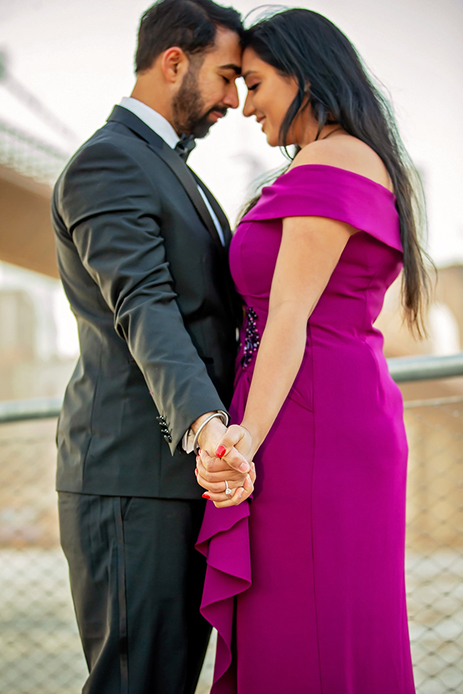 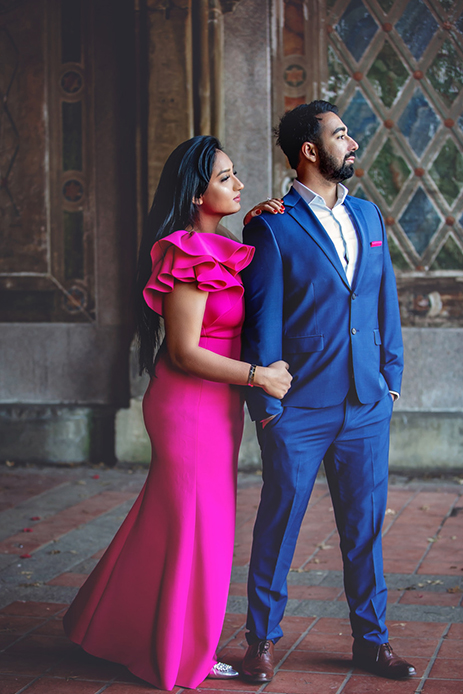 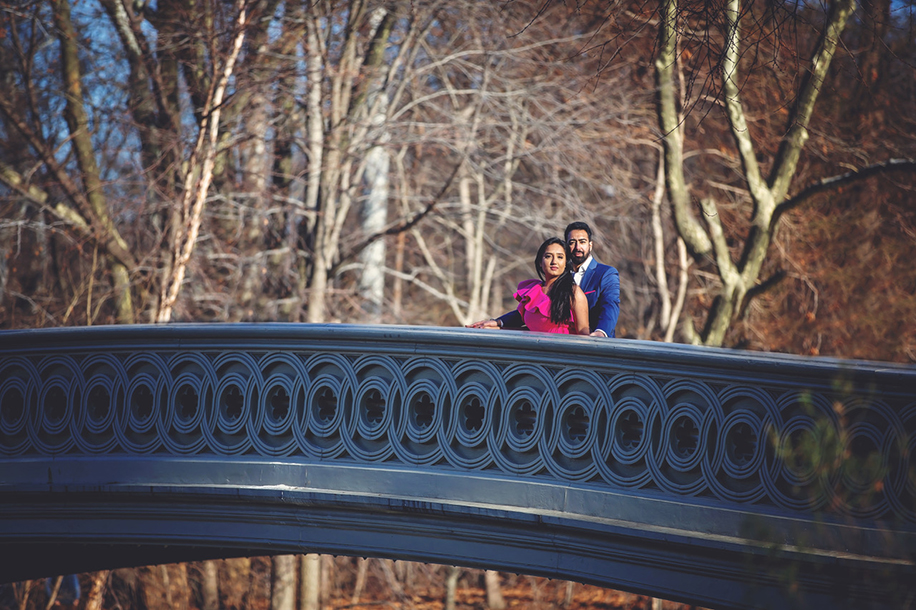 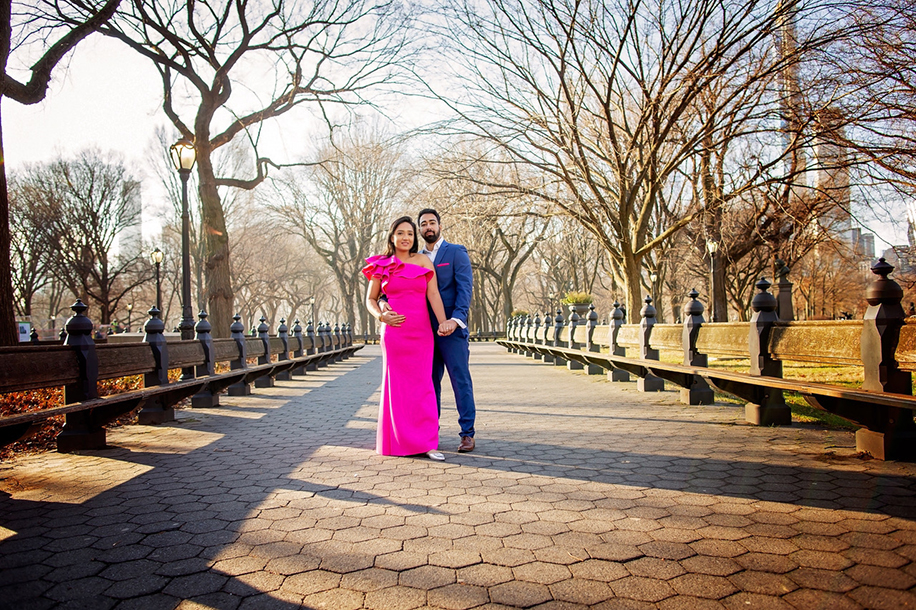 This entry was posted on Thursday, April 2nd, 2020 at 12:47:49 pm and is filed under Wedding Proposals. You can follow any responses to this entry through the RSS 2.0 feed. Both comments and pings are currently closed.