Jay and Nimrat’s dreamy wedding photoshoot shot by WeddingSutra Favorite – Divine Mantra seems like just something out of a romantic fantasy. The aerial views from the heavenly Greek island of Santorini form the perfect canvas for Nimrat and Jay’s breathtaking wedding shoot against the sea and sky. How They Met
Jay remembers the day he met Nimrat as clearly as though it was yesterday. He spotted her at a club in New Delhi and instantly found himself drawn to her. His sister introduced them, and he’s been thankful to her ever since. Nimrat and Jay spent the evening lost in conversation and stopped only when it was time to hit the dance floor. They forged a bond from that evening which has only grown stronger with each passing day. 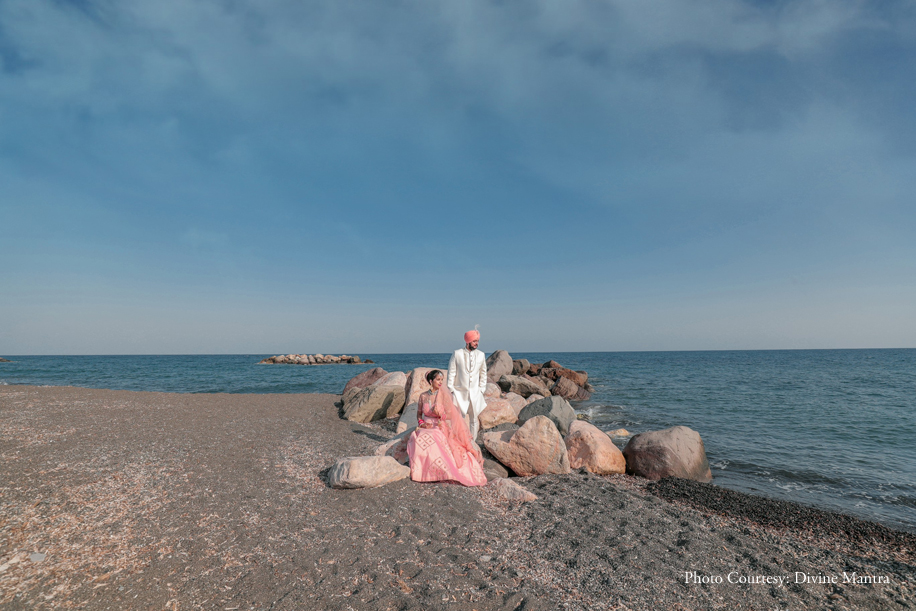 Wedding
The couple’s traditional Sikh wedding ceremony, known as ‘Anand Karaj’ took place in New Delhi. The bride and groom closely looked into planning the wedding functions which reflected their true selves along with all the elements, colors and themes they loved.

Reception
The couple chose to host their reception in Greece at the groom’s uncle’s abode.

Photo Shoot Venue
Jay shares, “We wanted our wedding photographs to be worth remembering, so, we decided to have a photo shoot done in Santorini to capture what are now going to be memories of a lifetime.” 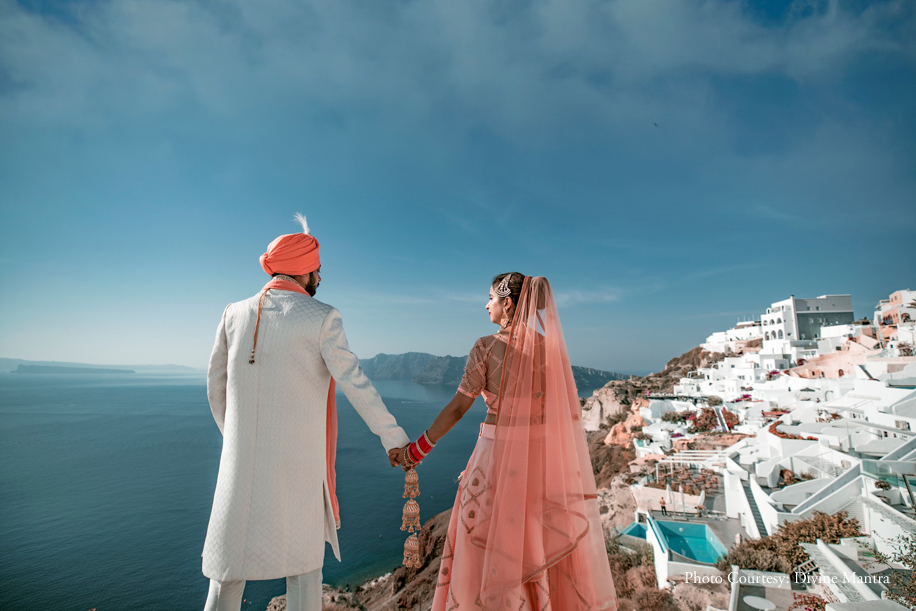 Wedding Photo Shoot
The dreamy locations inspired the couple to have a wedding photoshoot in the mystical Greek island of Santorini. The pristine whites of the complexes and the otherworldly charm like the clear blue waters of the Aegean Sea meeting the skies were highlighted in the stunning shots captured by WeddingSutra Favorite – Divine Mantra.

Each shot was crafted with precision and finesse highlighting the undeniable chemistry between the couple. Nimrat’s traditional peach lehenga contrasted gorgeously with the brilliant blue of the backdrop. Talking about his experience of working with the Divine Mantra team, Jay shares, “The guys at Divine Mantra were our photographers, but it felt like we had friends there with us throughout all of the crazy wedding planning and on the big day. We highly recommend Divine Mantra!” 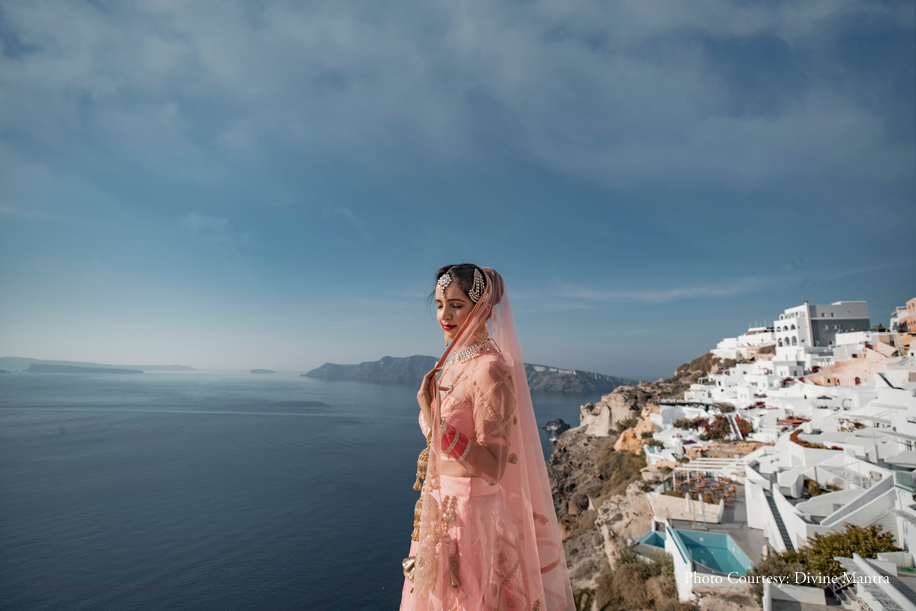 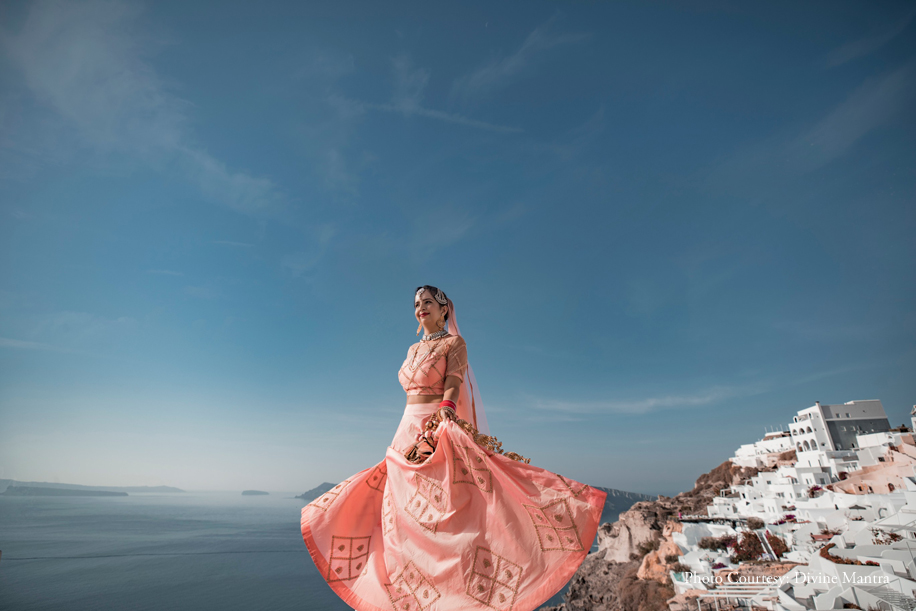 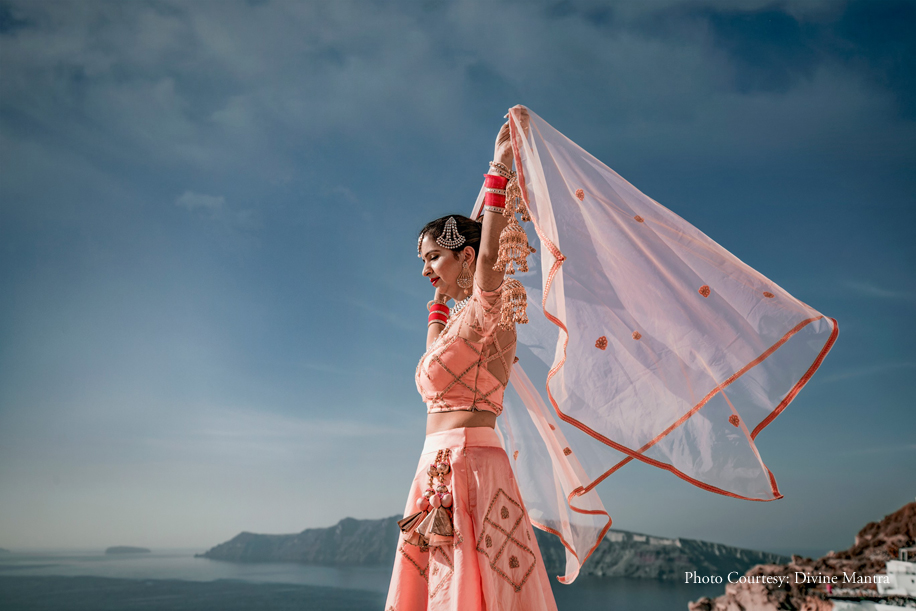 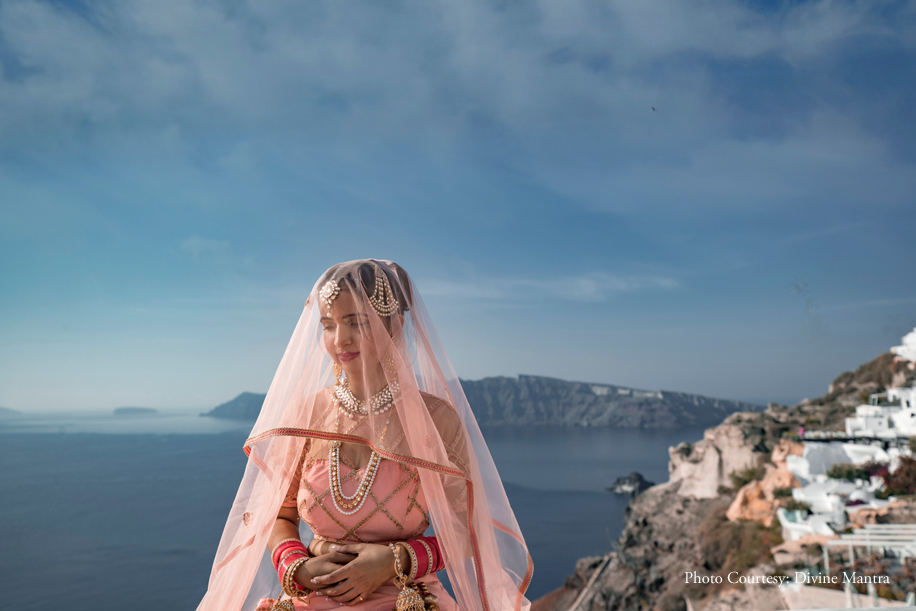 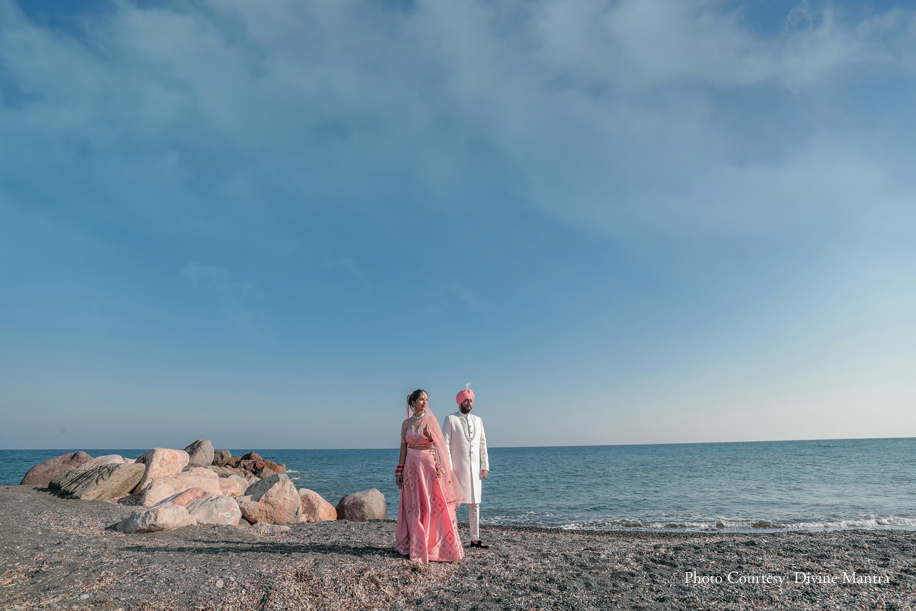 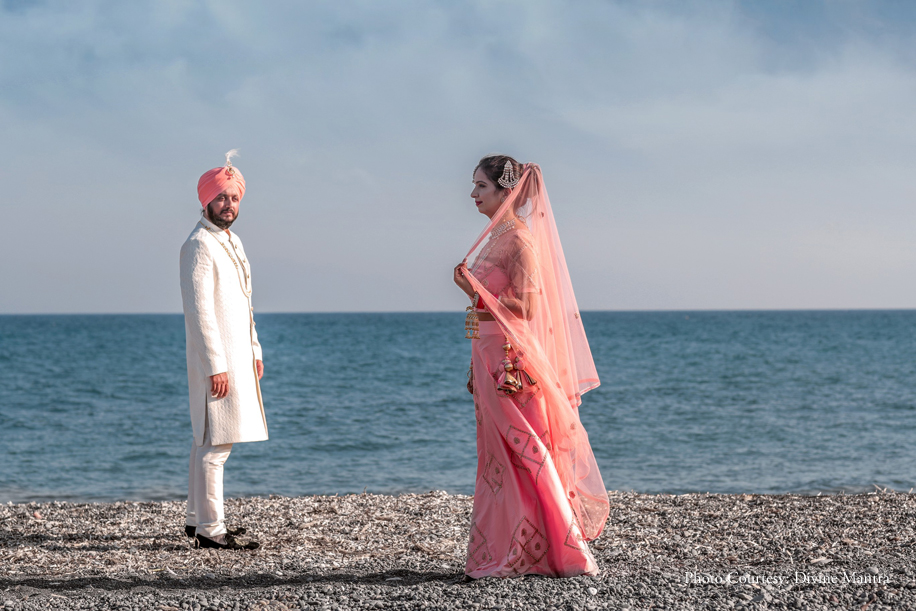 This entry was posted on Friday, September 27th, 2019 at 12:54:39 pm and is filed under Destination Weddings. You can follow any responses to this entry through the RSS 2.0 feed. Both comments and pings are currently closed.