The WeddingSutra Influencer Awards, besides being an occasion meant to honor excellence, was also a glittering platform for some of the most esteemed fashion designers in the industry. Christened ‘Experience Partners’, each designer created two concept tables inspired by their latest wedding collections and added a wealth of visual resonance. In the previous part of this series, we brought to you Sherina Dalamal of Cherie D table inspired by the flowers of romance – roses, this time we shine the spotlight on the Nachiket Barve’s setup.

Some call it the Midas touch and quite literally Nachiket’s designer tables in metallic hues were evocative of King Midas who turned everything he touched into gold.  Not only is it a classic, but it also packs a punch that ups the glamour of any décor. Charmed by this lustrous metal, Nachiket Barve designed his table with components only in this color. The sophisticated set up was tinged with a sense of eccentricity as it looks like nothing less than an excerpt from Midas’ story.

In the center of the table, a square mirror served as the stage for elements that were positioned to look as though they were frozen in time. A gleaming golden vase with touches of wear carried fresh white lilies and twigs that were covered in gold dust. Another similar vase lay fallen with blooms spilling out. While a few golden fruits were scattered on amongst shimmering sequences, candles smothered in sparkling yellow crystals drenched the table in an ethereal glow. This was placed on an overlay of glittering cloth that added to the mood of the arrangement and white napkins were accessorized with while golden ties.

Each chair bore a long fabric that was loosely draped around its back and furthered the whimsical vibe.  This setup that was inspired by the Greek king’s tale combined grandeur with quirky imagination and was presented in modern style. 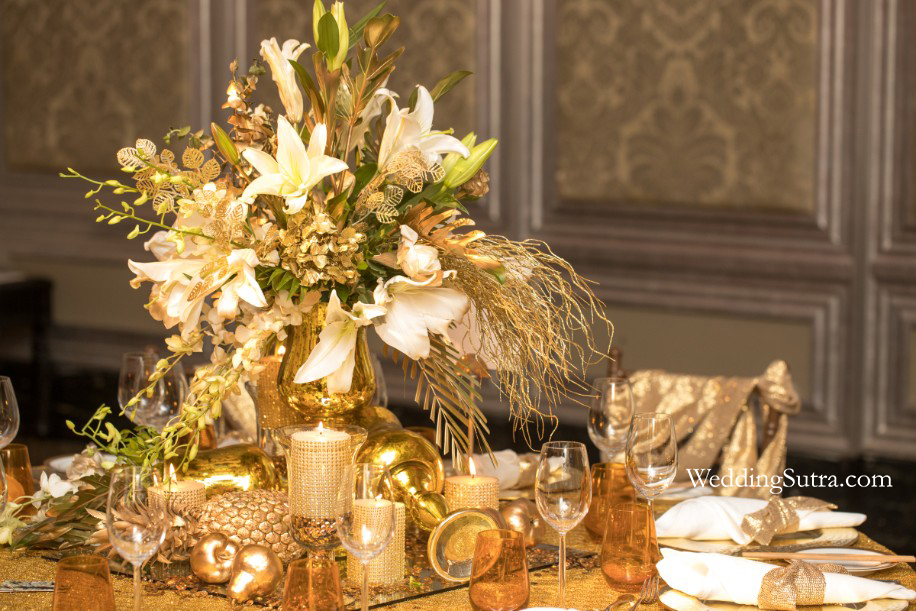 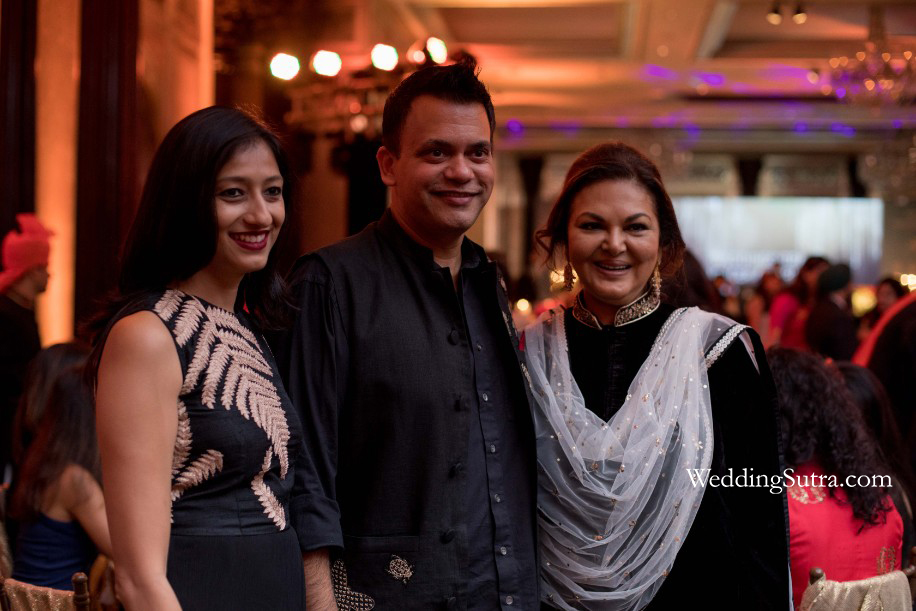 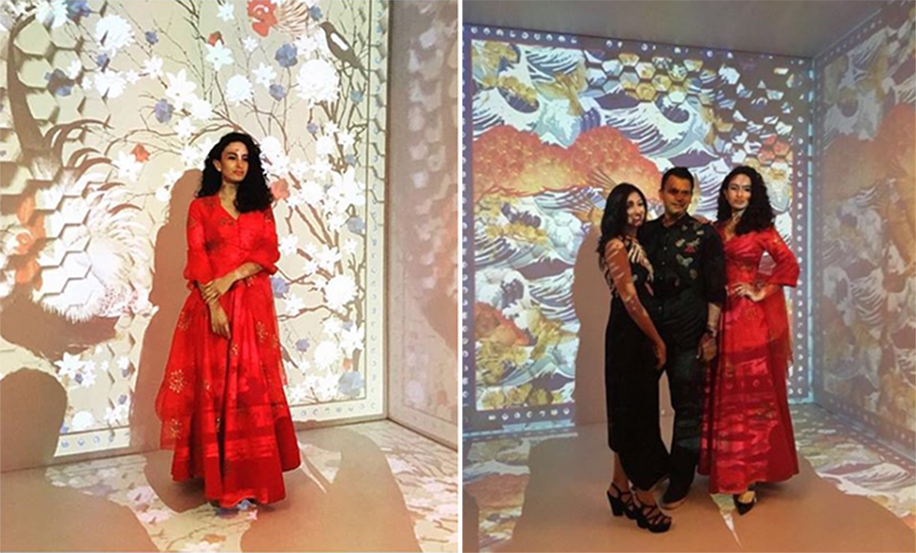 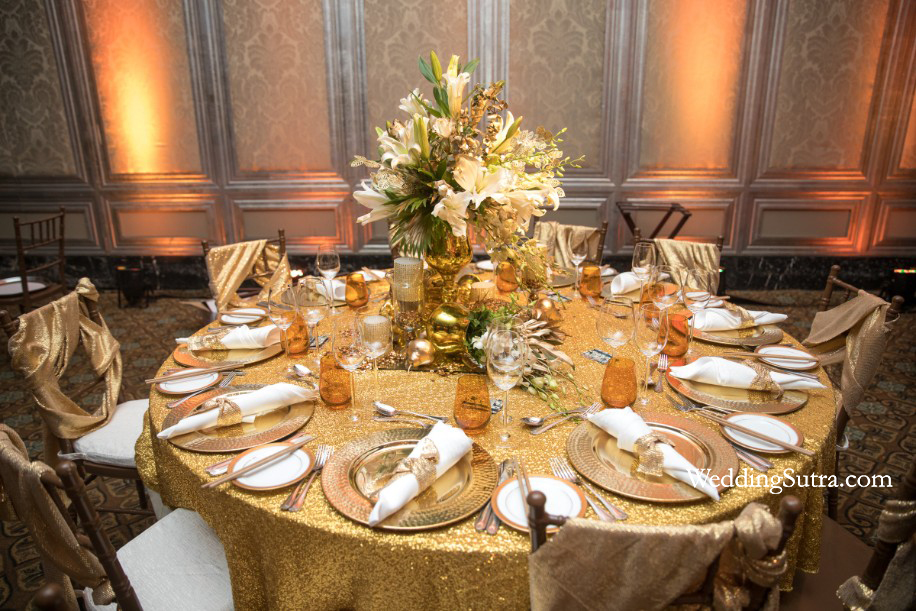 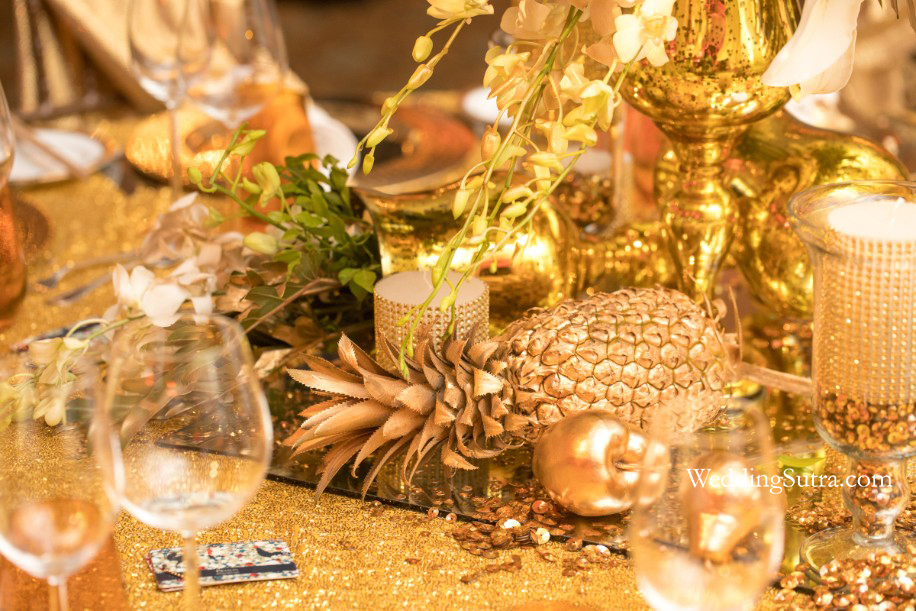 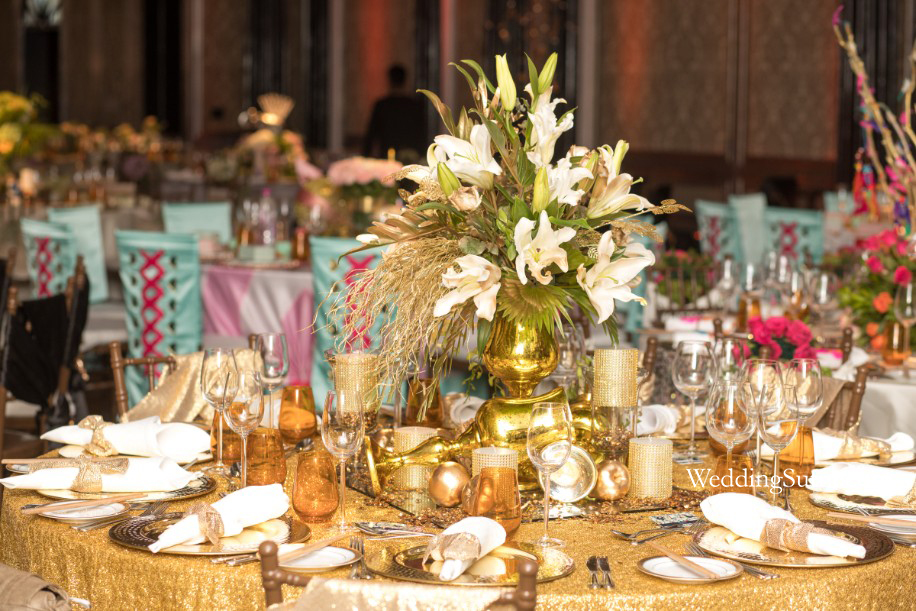 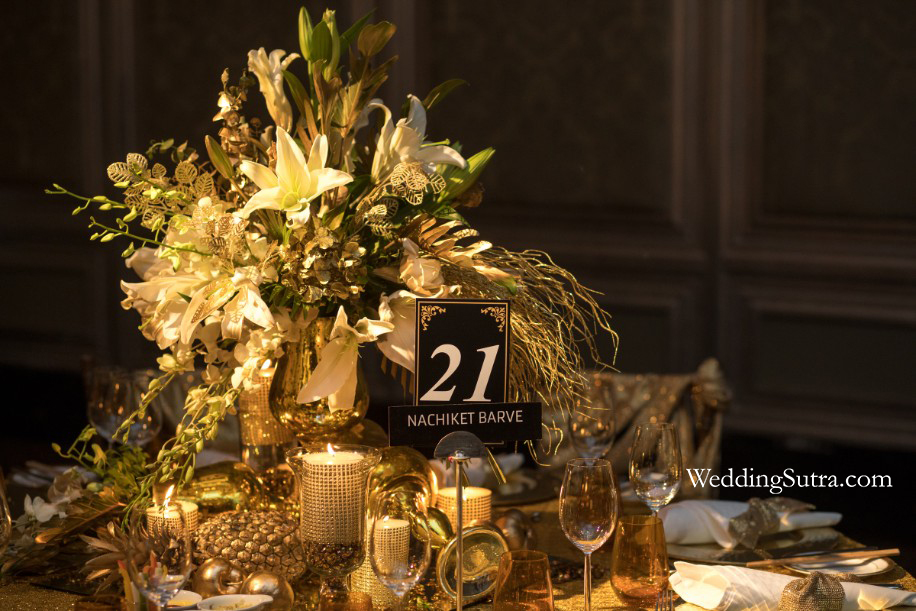 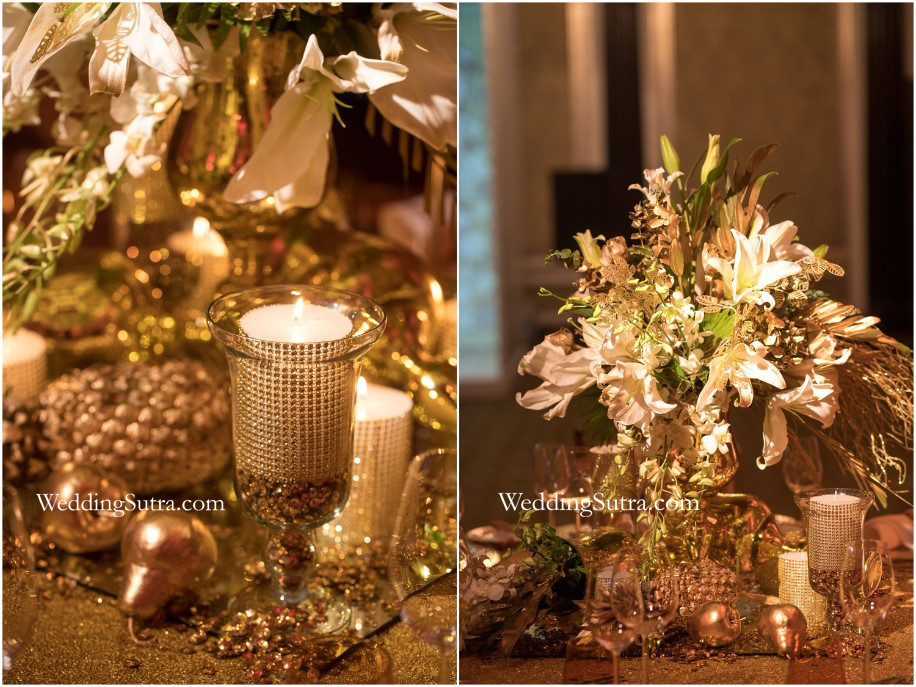 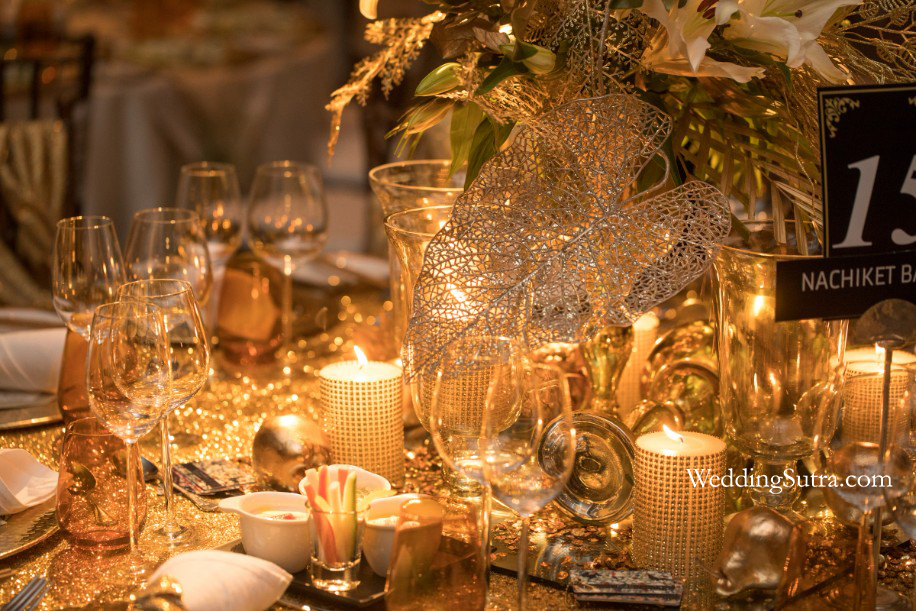 This entry was posted on Thursday, May 17th, 2018 at 6:39:38 pm and is filed under WeddingSutra Influencer Awards. You can follow any responses to this entry through the RSS 2.0 feed. Both comments and pings are currently closed.