Oman and Thailand may be the top destinations for India’s well-heeled, but when it comes to A-list celebrities, business barons and corporate chieftans, the top favorite is Jodhpur in Rajasthan. After all, who does not want to host a gorgeous palace wedding for loved ones gathering from across the world? And while there is growing buzz that Sonam Kapoor has chosen Umaid Bhawan as the venue for her wedding slated to be held on or around 23rd March, Jodhpur is set to host two Mumbai business families weddings next week.

Zubin weds Aashna at Umaid Bhawan Palace
Zubin Mehta, son of Blossom and Nitin Mehta, owner of Mecords India, is tying the knot with Aashna Varma at the Umaid Bhawan Palace. The celebrations will be held between Umaid Bhawan, Balsamand Lake Palace and Mehrangarh Fort. The hosts have booked over 200 rooms at three different hotels in the city: Vivanta by Taj – Hari Mahal, Ajit Bhawan and Umaid Bhawan of course. The groom’s parents are very connected in the Mumbai society circle and the high-profile guests from Mumbai include Arti and Kailash Surendranath, Kaushika and Kamlesh Hemdev, Palak and Sammeer Sheth, Maheka Mirpuri, and Kamal Basu.

Kripa Mehta and Yash Mehta at ITC Jodhpur
On the same dates, another Mehta family from Mumbai is hosting a grand wedding. Actress Alia Bhatt’s bestie Kripa Mehta weds Yash Mehta, and the celebrations will be held between ITC Jodhpur, Indana Palace, and the Maharaja Gaj Singh Grounds. Orchestrated by Mumbai’s Momente Wedding Planners, the pre-wedding celebration-cum-engagement at the Turf Club in Mumbai was a grand affair and created quite a buzz on social media – after all, the bride’s bestie is Alia who was seen at all the celebrations, sharing her favorite pictures from venues such as Estella, Turf Club and Dome at InterContinental Marine Drive. A team of over 300 wedding professionals and vendors, including top decor and food companies from Ahmedabad, New Delhi, Jodhpur and Mumbai, have been roped in for the three-day affair. 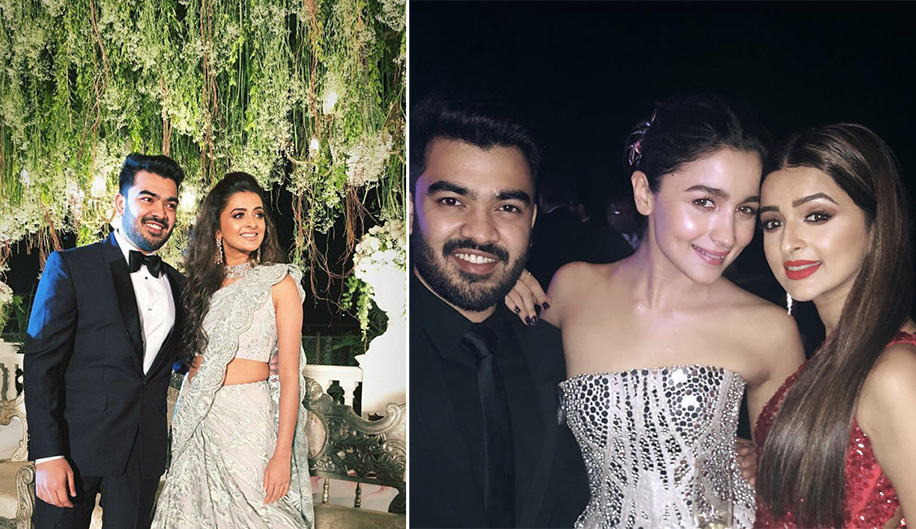 Sonam and Anand may tie the knot on March 23rd at Umaid Bhawan, Jodhpur

In 2014, Sonam’s first cousin Karan Singh, the Managing Director of ACG Worldwide wed at the same venue. Karan’s mother is renowned interior designer Kavita Singh and is the sister of Sonam’s mother (Sunita Kapoor). Kavita Singh along with wedding designer extraordinare Dhun Cordo designed the decor for the celebrations and it was touted as the wedding of 2014. Watch the wedding film here.

Now that it is more or less certain than Sonam is marrying in March or April 2018 and in Jodhpur, speculation is rife on who is designing/ planning the celebrations. The buzz in wedding circles is that some of the names associated with the wedding could be Delhi’s Vandana Mohan, Mumbai’s Dhun Cordo or Shaadi Squad (they managed the ‘Virushka’ wedding recently and Sonam’s best friend Sasha Rawal’s wedding in Oman earlier). Or those who designed the themes of the ‘Veere Di Wedding’ (Sonam Kapoor starrer produced by her sister Rhea Kapoor) – Rani Pink, Devika Narain, Q Events by Geeta Samuel, all New Delhi-based and well-known for designing the most exclusive celebrations in Delhi and Rajasthan.

PS- There’s buzz that Sonam and Anand have not finalised the D-date and they may even consider London as the destination. Watch this space for more!

This entry was posted on Monday, January 15th, 2018 at 9:48:35 am and is filed under Celebrity News, Destination Weddings. You can follow any responses to this entry through the RSS 2.0 feed. Both comments and pings are currently closed.