Ketki and Praneet’s Instagram follow request blossomed into a full-blown love story despite them living in different time zones. It’s interesting to learn how a chance conversation between them eventually led to a dreamy proposal near the panoramic vistas of the Brooklyn Bridge, that formed the perfect backdrop. 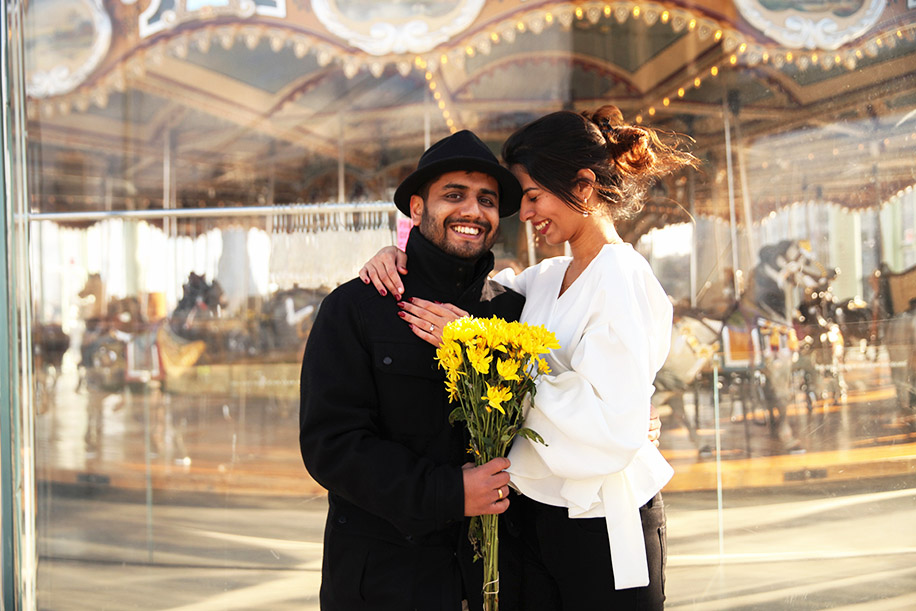 Reminiscing of their beautiful journey, Ketki shares, “I had an Instagram follow request from a decent looking guy, so I accepted it and followed him back. We started talking eventually through DM’s and took a long time to realize we’d fallen for each other. We were glued to our phones constantly and were thinking of creative ways to effectively pull off our long-distance relationship.”

Ketki adds, “From chatting on Instagram we took the plunge to video calling. We finally met for the first time in person after ten months when he visited India. I was waiting at the airport without letting him know to get a glimpse of him. I saw him walk out of the airport and leave with his sister for Pune. Just as I was about to leave, I got a call from him. Wrenching my heart, thinking he had seen me, I picked up the call. But all he wanted to know was the best place to get butter chicken at that late hour. I routed him to Lucky in Bandra and asked him to meet me outside that place. Awkward side hugs and pretentious laughter followed handshakes, and at that point, I knew I had messed it up. But to my surprise, he texted me, saying he was pleased to meet me and showered me with compliments.” 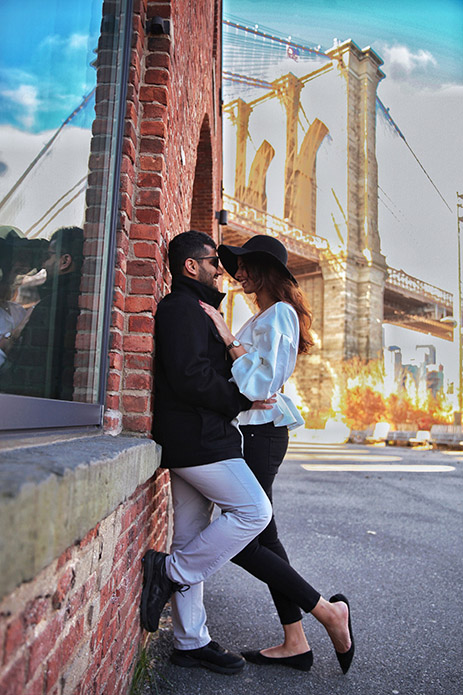 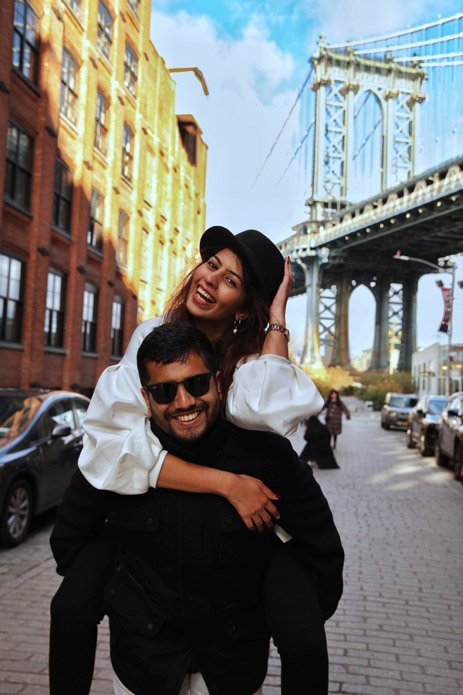 Praneet takes his turn and shares, “While I was in India, we tried to make the most of it by catching up whenever possible, even if it were for as little as five minutes. I went back to the US in a couple of days, and there has been no looking back ever since. We knew we had a future and wanted to give it our everything.”

Ketki blushingly shares, “Through all these months we managed the time difference, odd hour calls, kept each other updated with our lives and got our families on the same page. A couple of trips to and fro, and finally, the most amazing trip to New York happened. I was traveling for work, and he scheduled his office work accordingly around Thanksgiving to spend time with me. He took me out early in the morning for a special surprise at an undisclosed location. As soon as we reached the beautiful Brooklyn Bridge, with a bouquet of my favorite flowers in one hand and ring in the other, he got down on one knee against the stunning backdrop, and I had to say an emphatic yes!” 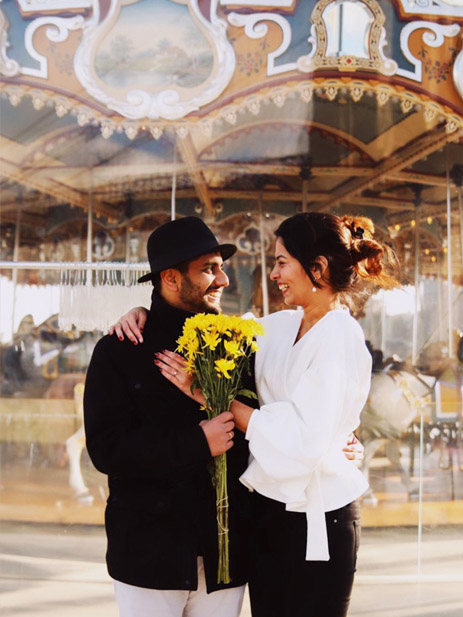 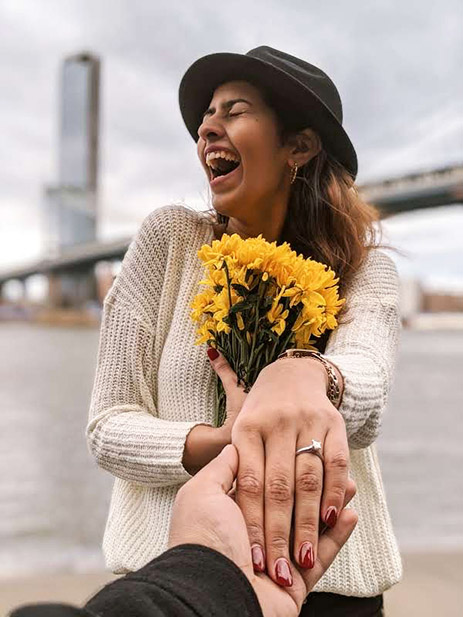 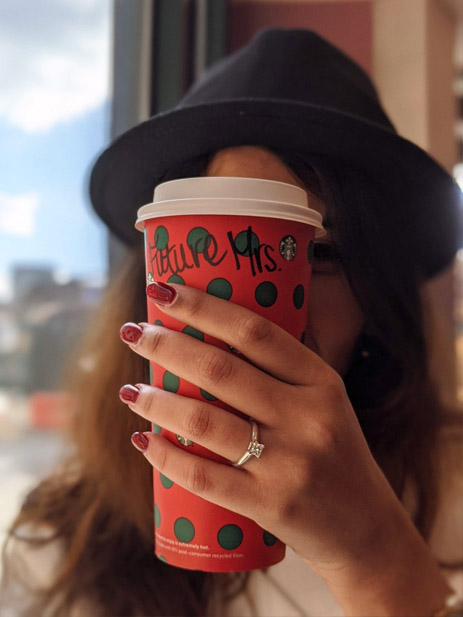 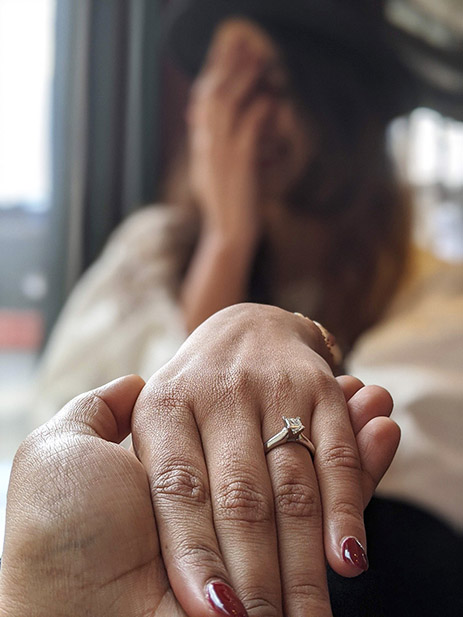 This entry was posted on Tuesday, May 19th, 2020 at 5:19:11 pm and is filed under Wedding Proposals. You can follow any responses to this entry through the RSS 2.0 feed. Both comments and pings are currently closed.