The collection, ‘A Timeless Affaire’ was grand and opulent, what we have come to expect with every Manav Gangwani collection. Western cuts, ruffles, layering and swarovski elements were the highlights of the collection.The fish-cut gowns, anarkalis, saris and lehengas were completely blinged out. What can we say, very glam! 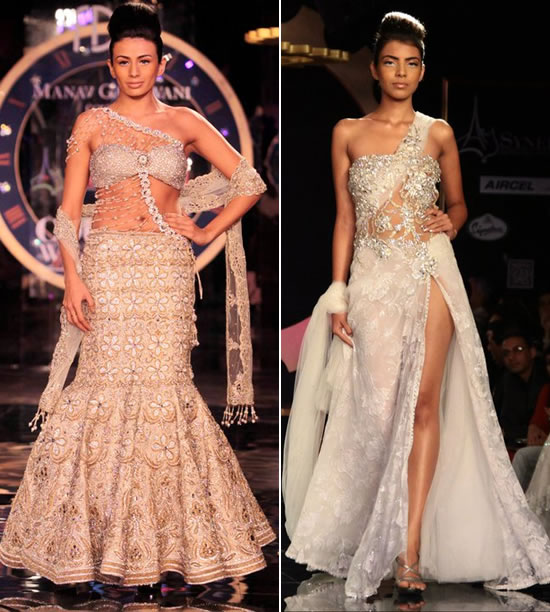 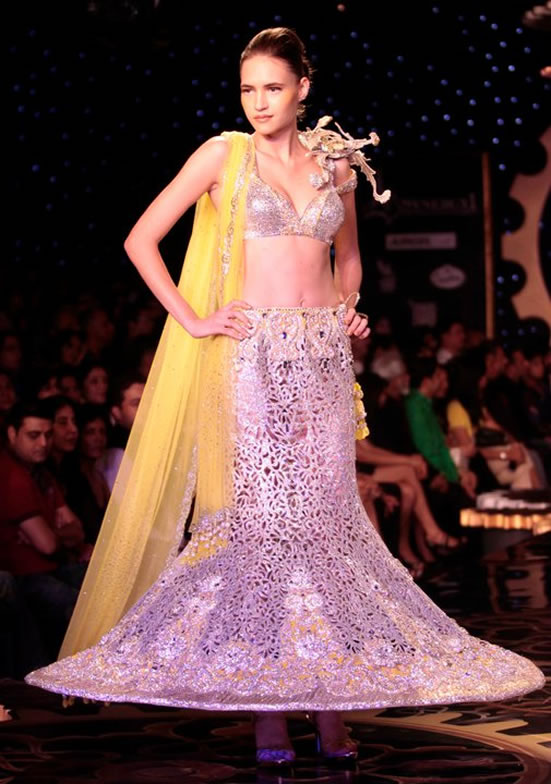 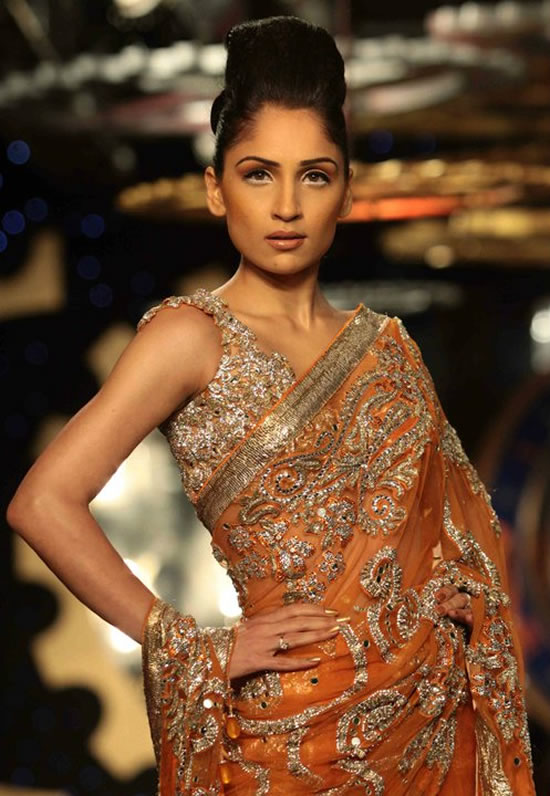 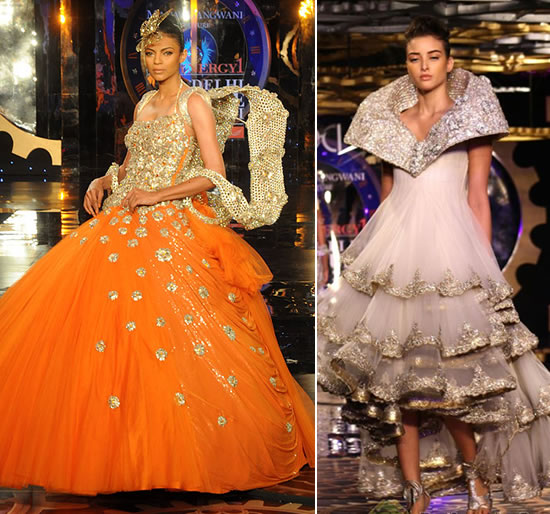 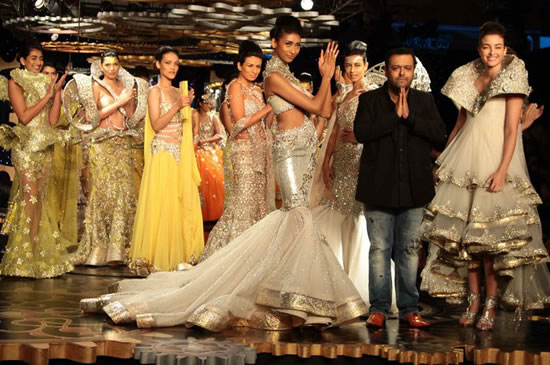 This entry was posted on Monday, July 25th, 2011 at 5:15:04 am and is filed under Bridal & Wedding Shows, Bridal Fashion and Beauty. You can follow any responses to this entry through the RSS 2.0 feed. Both comments and pings are currently closed.