Ranbir Kapoor and Alia Bhatt’s intimate wedding- all the inside scoop on their Preps!

Bollywood’s ‘It’ couple has been sending the media into a frenzy for the past week as the news of their impending nuptials created a buzz around B-Town. While the couple themselves and their close ones have been tight-lipped about sharing any details, a few details have made their way to us! 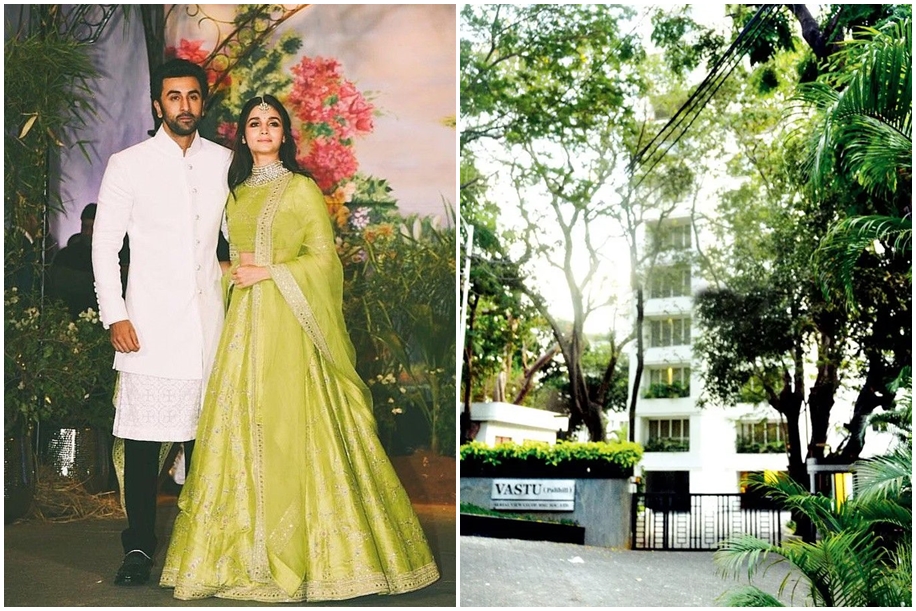 Initially, it was assumed that the young couple would tie the knot at the iconic family home right behind RK Studios Chembur, Mumbai which has been in the Kapoor family for generations. A sprawling bungalow filled with priceless artifacts and now maintained by 15 staff, this home was lovingly maintained by Krishna Raj Kapoor and is also the place where Ranbir’s elder cousin sister and Bollywood star Karishma Kapoor tied the knot.

However, it is now being said that the intimate wedding will take place at Ranbir’s own apartment in the building named Vastu which is located in the posh neighborhood of Pali Hill, Mumbai. Reportedly, the actor’s apartment in Vastu is also conveniently close to his mother’s home!

Celebrity wedding planners Shaadi Squad, who have been in the spotlight for orchestrating the weddings of Virat Kohli and Anushka Sharma, Katrina Kaif and Vicky Kaushal, and Varun Dhawan and Natasha Dalal among many others, were expected to plan the much-awaited shindig. However, according to inside sources, the couple may not be working with any Event Management Company. Instead, all the functions are expected to be designed and conceptualized by a close friend of Alia and her mother, who is into bespoke gifting and home decor. Most of the other details are expected to be handled by vendors and artists who have been favored by Neetu Kapoor and the Kapoor family over the years, including a popular Bandra eatery known for its street foods, a celebrated choreographer who previously worked with Kareena and Karishma Kapoor for their weddings, as well as B-Town’s favorite designer Manish Malhotra.

Amidst immense speculations of the wedding taking place at RK Studio, the best of Mumbai’s upscale hotels are said to be woo-ing the couple for the honor of hosting their Reception, some of whom are Grand Hyatt Kalina, JW Marriott Mumbai Juhu, and one of the Taj hotels. The last grand celebration to happen in the Kapoor Family was Kareena’s wedding to Saif Ali Khan at The Taj Mahal Palace, Mumbai. The first cousin of Ranbir, Kareena, and Karishma, Armaan Jain’s wedding in 2020 made news again, with festivities held across Grand Hyatt Mumbai and The St. Regis Mumbai.

Since the news of Ranbir and Alia’s relationship came out a few years ago, many fans avidly await wedding bells, especially as the years 2020 and 2021 have brought us so many beautiful celebrity weddings to cheer over! The couple has remained elusive with their details to protect their privacy and families from media attention. With Alia’s grandfather being in delicate health, they have decided to tie the knot with intimate family celebrations. Besides his Uncle and Aunts, Ranbir’s first cousins are of course expected to attend, as well as Alia’s step-siblings Rahul and Pooja Bhatt. And siblings/ close relatives of Alia’s mother Soni Razdan, who is of mixed Kashmiri-British heritage, and father renowned director and producer Mahesh Bhatt.

This entry was posted on Friday, April 8th, 2022 at 3:24:00 pm and is filed under Celebrity News. You can follow any responses to this entry through the RSS 2.0 feed. Both comments and pings are currently closed.