Find yourself in an entirely different world, only 3 hours away from home. Come discover Thailand’s hidden gems. There’s much more to Thailand than the world knows…. Don’t believe us? Watch this and find out for yourself.

With their 10th Wedding Anniversary approaching, Mihir and Shikha were dreaming of a luxury holiday – a few days to rediscover themselves, without worrying about the kids. The destination was key. The couple wanted a getaway but found themselves fretting about leaving the kids behind every time they discussed travelling for too long. 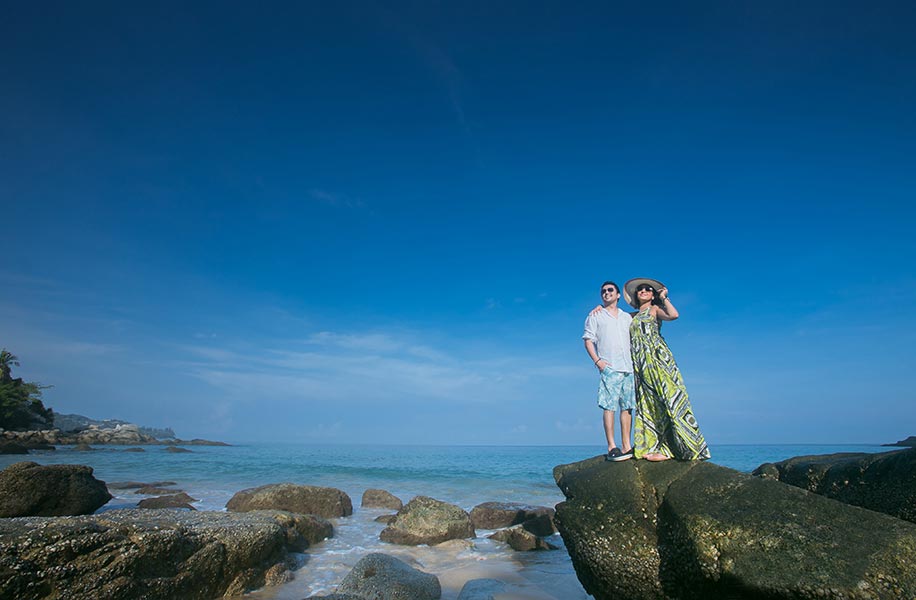 Disheartened, they almost gave up on their plans. Then, Mihir encountered A Travel Duet’s ongoing contest – winning a luxury holiday in Thailand. They called one of the expert handcrafters at A TravelDuet who told them about a host of options and barefoot luxury only 3 hours from home. They knew they had to visit this ‘mainstream holiday country’ to luxuriate in the not-so- mainstream gems hidden in its depths. They decided to get their trip customized by A Travel Duet and then, another surprise! They won first prize in A Travel Duet’s Thailand Contest, worth Rs 12 lakhs and including stays at uber luxury properties and a complimentary holiday film! What could better that?

Thrilled to bits, Mihir & Shikha were set to experience the #LuxuryEscapadesinThailand. 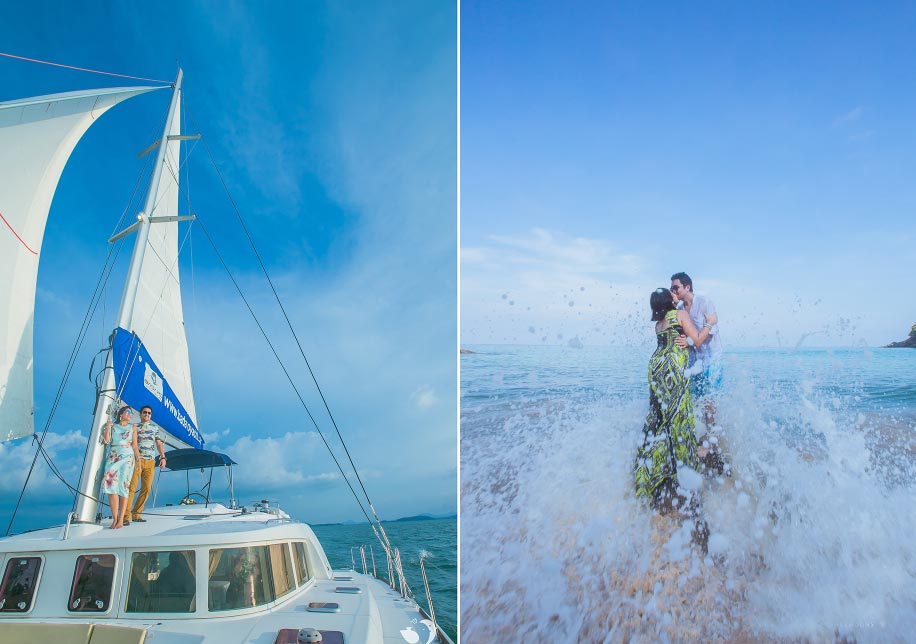 The couple landed in Chiang Mai and checked into the Four Seasons Chiang Mai. They hit a high note immediately with a hot air balloon ride followed by a champagne breakfast. Later, they took an elephant ride and went bamboo rafting. They also had a chance to try their hands at traditional Thai umbrella painting. Then it was time for high tea at the Four Seasons, a real treat! Mihir and Shikha also recommend the Thai cooking class within the hotel itself!

Next on the itinerary was Phuket. The couple stayed at the enchanting Keemala and got right into the swing of things at the relaxing couple’s spa on offer in this tropical wonderland. Glowing gently, they enjoyed a leisurely sunset cruise on a private yacht. 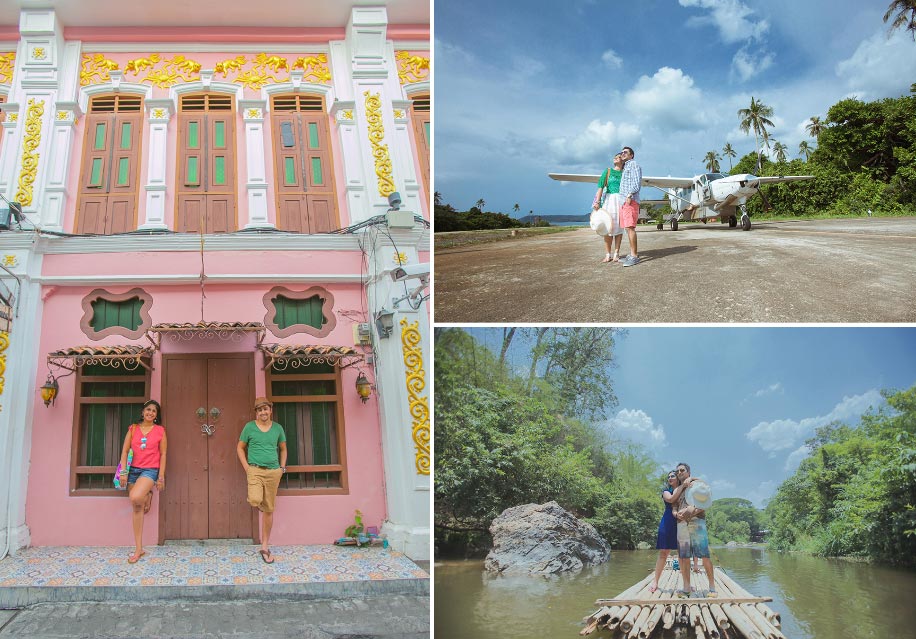 Upping the glamour and the luxury, Mihir and Shikha then travelled to Koh Kood but in a chartered jet! It was the ‘cherry on the cake’ until they saw wonderful Soneva Kiri, a resort that boasts an outdoor movie theatre, tree-pod dining, a 24*7 chocolaterie and an eatery in the middle of nowhere. They didn’t want to leave!

Rejuvenated and loved up, they knew all good things must end and it was time to bid fond farewell to an unbelievably surprising and delightful Thailand. However, they had all their memories on film to reminisce over and to share with their kids! And having been shot and edited by a professional videography team, the film was as perfect as it gets.
(You can re-watch the video above). 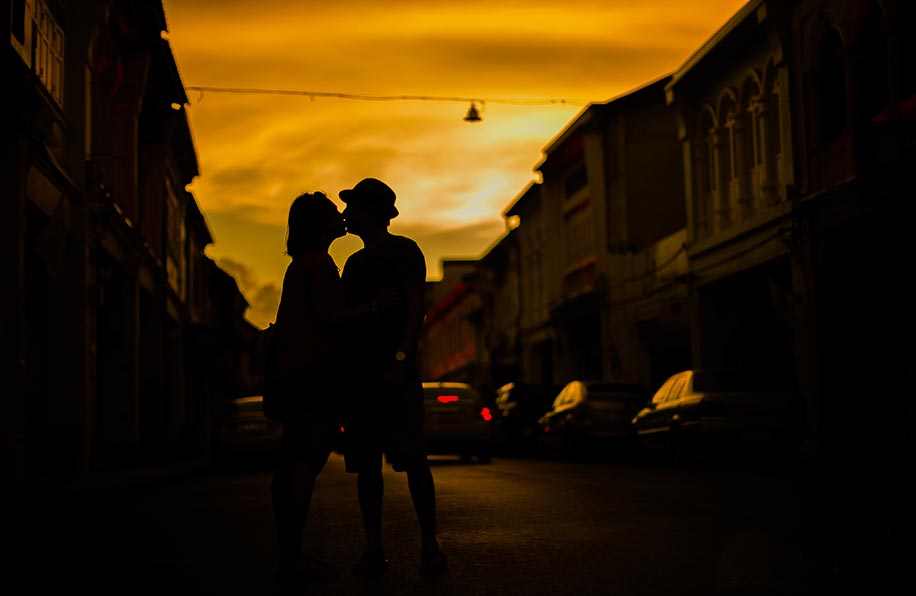 Whether you’re on a honeymoon, reconnecting from a long-distance relationship or just rediscovering your partner – you’re best off in paradise, Thailand. Relax in a leather bed suspended from the roof, go glamping or elephant riding… Thailand is a feast for all the senses. And don’t forget to have a romantic photo-shoot done so your memories are preserved forever.

Come see what Amazing Thailand has to offer.

This entry was posted on Friday, October 14th, 2016 at 11:25:43 am and is filed under Travel & Honeymoon. You can follow any responses to this entry through the RSS 2.0 feed. Both comments and pings are currently closed.