Purva and Gautam who now live in the US got married in Delhi this year. They both love travelling and before marriage they would talk about the most charming destinations around the world; and the beautiful Palaces of romantic Rajasthan often figured in their long conversations. A few weeks before the wedding, their Wedding Photographer Inderjeet received a call from Purva. He says: “I will never forget the day Purva called to confirm the schedule; after giving me the important details i.e. dates and venues of the different celebrations, she was most excited to talk about the pre-wedding shoot. The wedding was taking place in Delhi, but they had earlier told me they were looking for something special for the pre-wedding celebration. Purva grew up in Jodhpur and so she had often seen the Palace and somewhere in her heart, she wanted it to be a part of her wedding celebrations. Her groom booked their stay at Umaid Bhawan Palace so they could also have their pre wedding shoot there. Obviously Purva was super thrilled!” 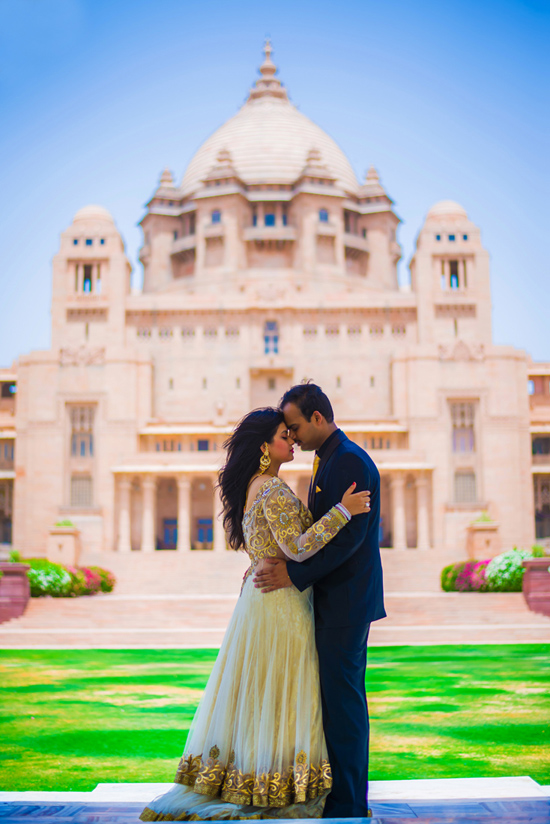 Here are the photographs of their shoot at the spectacularly romantic Umaid Bhawan Palace, one of the largest private residences in the world. Home to Maharaja Gaj Singh II and his family, the palace construction began in 1929 and is situated on Chittar Hill in Jodhpur. The 347 room sandstone palace has three spaces- the private residence, a museum and the heritage hotel managed by the Taj Group. 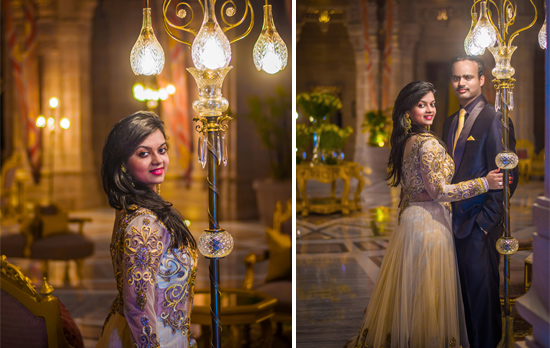 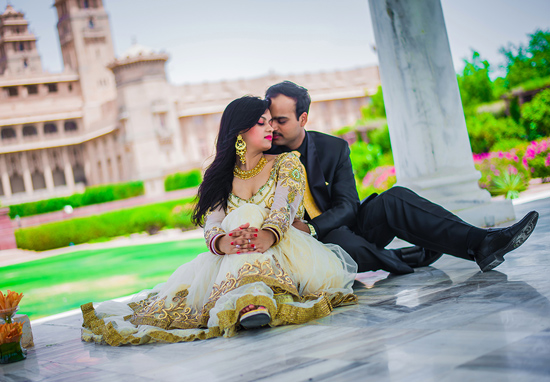 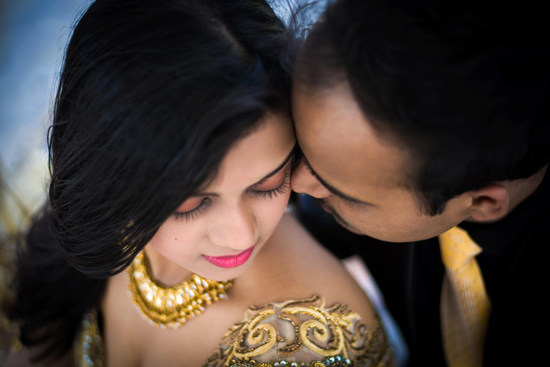 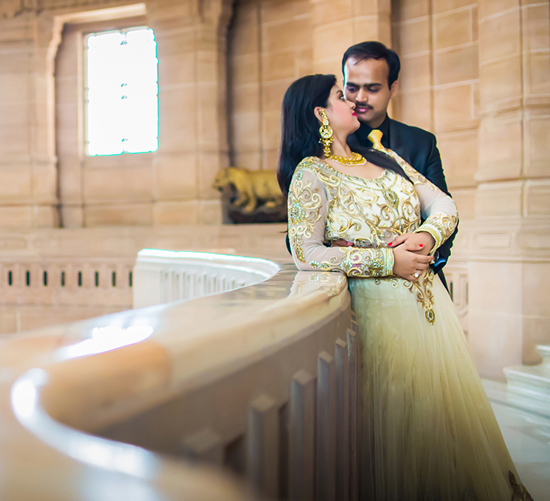 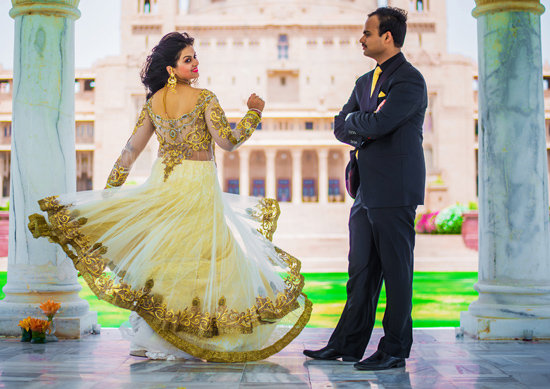 This entry was posted on Wednesday, September 4th, 2013 at 2:10:11 am and is filed under Destination Weddings. You can follow any responses to this entry through the RSS 2.0 feed. Both comments and pings are currently closed.