Sabyasachi Just Dropped A New Bridal Collection – So Why Does It Leave Us Cold?

Sabyasachi Mukherjee is not the enfant terrible of Indian fashion. Far from it. The designer’s couture, now synonymous with luxe, whimsical bridal trousseaux and a clientele that sparkles with the glitterati of Bollywood, Hollywood and every discerning diva in between, is celebrated, desired, aspired to.

He’s not just earned his stripes, he’s probably had them hand printed himself by a trusty karigar. Whether it was his international accolades and awards, a workshop in Paris with no less than Jean Paul Gaultier and Azzedine Alaia, that showing and then retailing in Browns (once voted best shopping destination in the world by Vogue), he has woven myth and mastery to create the Cult of Sabyasachi Mukherjee. Growing both in fame and fortune, Sabya (even when he’s been told off for a throwaway comment on women who can’t tie a sari) can do no wrong.

The youngest member on the board of National Museum of Indian cinema, an associate designer on the Fashion Design Council of India, he runs noteworthy revivalist initiatives. His Save the Saree non-profit retails sarees woven by traditional weavers in Murshidabad at approximately Rs 4,000 and the entire proceeds go back to the weavers. He’s revived traditional embroidery, indigenous methods like bandhani, gota, hand dyeing, hand block prints and taken khadi to the international catwalks.

Once crown prince of the catwalk – the boy from Kolkata, with a dream to conjure up modern silhouettes using precious Indian heritage design, fabric, and craftsmanship – is now an emperor. But for the first time in our history of adoring him, we think the Emperor needs new clothes. 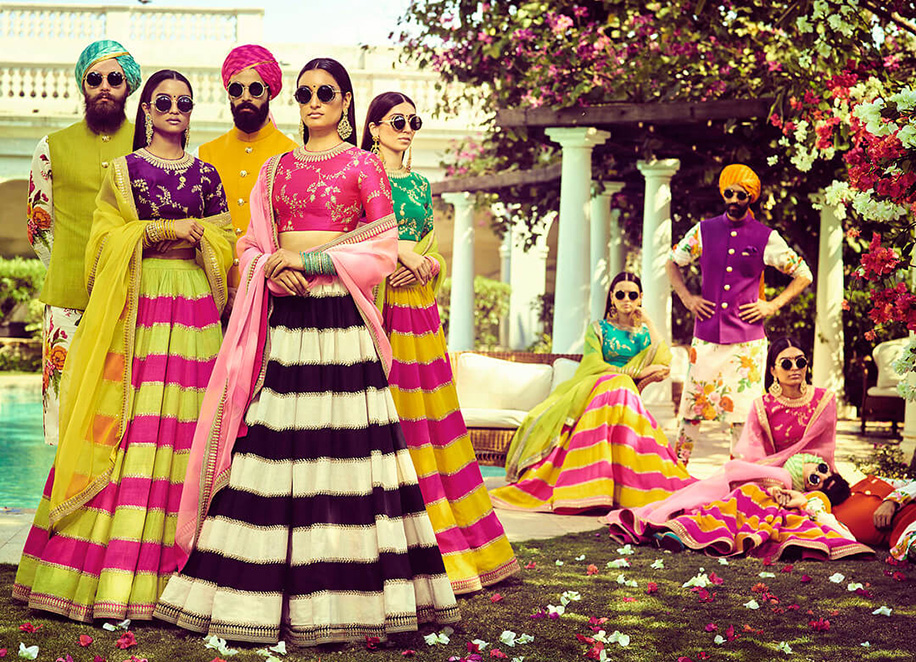 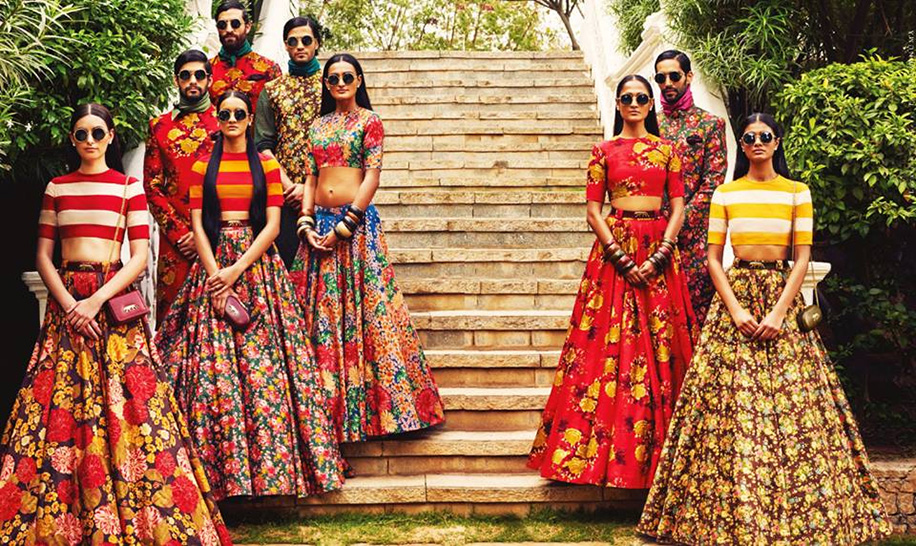 Maybe his distinctive style is his own undoing. Everyone knows ‘You’re wearing a Sabyasachi!” but those instantly recognizable palettes and silhouettes have now become repetitive. His latest collection, left us slightly underwhelmed.

The ivory and gold color scheme makes a reappearance but the monotones are monotonous now, rendered in no new shape or form. His signature lehengas are not really refreshed by the addition of these striped dupattas. In fact, take the designer’s name out of the discussion and you’ll be hard pressed to justify why these massive horizontal stripes on a lehenga skirt are anything but gratuitously incongruous with what we expect from intuitively designed Indian ethnic wear. (The striped sarees are worse. Even Deepika Padukone cannot escape from looking like she’s wearing one half of the American flag!) 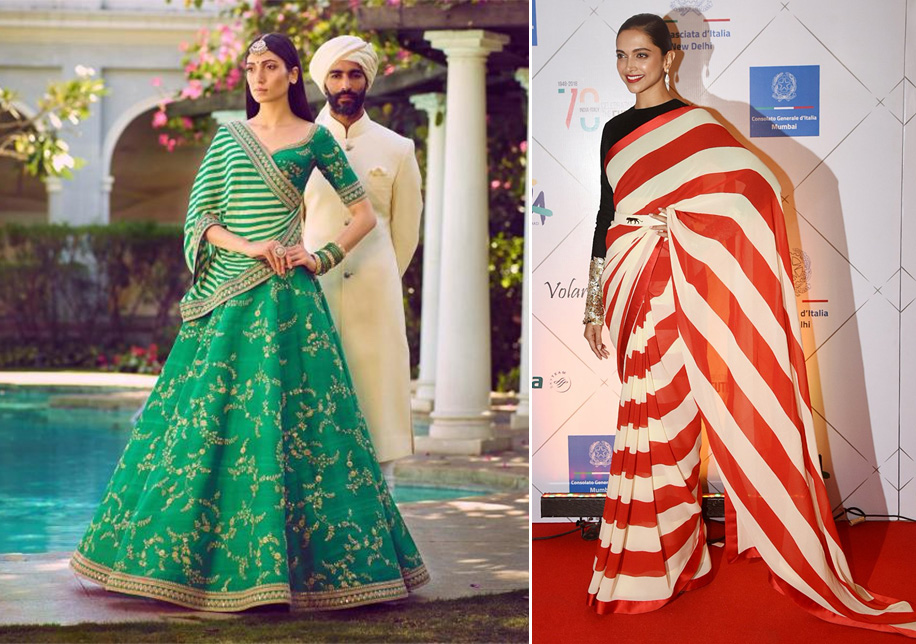 As for the chintz, whether in the men’s wear or the sarees, there’s the sense that some of the designer’s home furnishings inspiration has seeped into the wardrobe. But we’re missing the depth of the jewel tones and embossing of his Pottery Barn range. Look us in the eye and tell us, do you see the average Indian man pulling this off? There’s more to nitpick, but it comes from a sense of being shortchanged. Sabyasachi’s genius has always been to marry whimsy with gravitas, infuse heritage with hip, throw a brand new silhouette, an idea, a palette at you and say, trust me – it’s incredible.

He is the author-creator of the Indian Princess Bride but not the fluffy, Disney ones. A Sabyasachi bride looks like she could rule a kingdom wearing flowers, that there’s a bejeweled sword in the folds of her silks, that she doesn’t just transcend cliché and cultural boundaries but eras and ideas about women and beauty and India.

In the last couple of years though, some brides, thronging to his stores to find their dream wedding outfit, have come away slightly disappointed. The silhouettes have begun to feel outdated. Many add bulk to the average Indian woman’s frame. There is a limit to how long the aspiration will support the realities…

We miss the old Sabya. The bright jewel on the catwalks of 07, 08… Sending down one design after another, not allowing anyone to catch their breath – the colors, the embroidery, the texturing, the architecture, the glamor. The burden of our expectations may weigh as heavily as a badly structured lehenga, but we were looking to be moved, to be inspired. This hasn’t happened.

On an episode of Chef’s Table, Grant Achatz of Alinea says, of changing his entire menu every month to play with customer expectations and experience, “We are ripping apart a restaurant that is working incredibly well. It’s the busiest its ever been. Why fix something that is not broken? Well because if we wholeheartedly gonna uphold that philosophy that we started ten years ago “The beginning of a new train of thought. I feel like that’s our obligation. We have to just make it a clean slate.”

Fashion is all about tomorrow – even if you’ve been inspired by yesterday. And we’re looking to Sabyasachi Mukherjee to bring the inspiration to us like he’s always done. Not seem like he’s churning it out for people who are blinded by his brand name.

This entry was posted on Friday, March 9th, 2018 at 10:04:46 am and is filed under Bridal Fashion and Beauty. You can follow any responses to this entry through the RSS 2.0 feed. Both comments and pings are currently closed.