As the rising tide of gender equality slowly brings about a change all over the world, India too, even with its largely patriarchal society, can be seen moving toward more gender-equal attitudes. Historically, the marriage ritual of ‘kanyadaan’ has always been performed by the father of the bride, who gives her away to the groom at the wedding. It is a means of the parents providing consent and this Hindu ritual is performed before going ahead with the wedding ceremony. 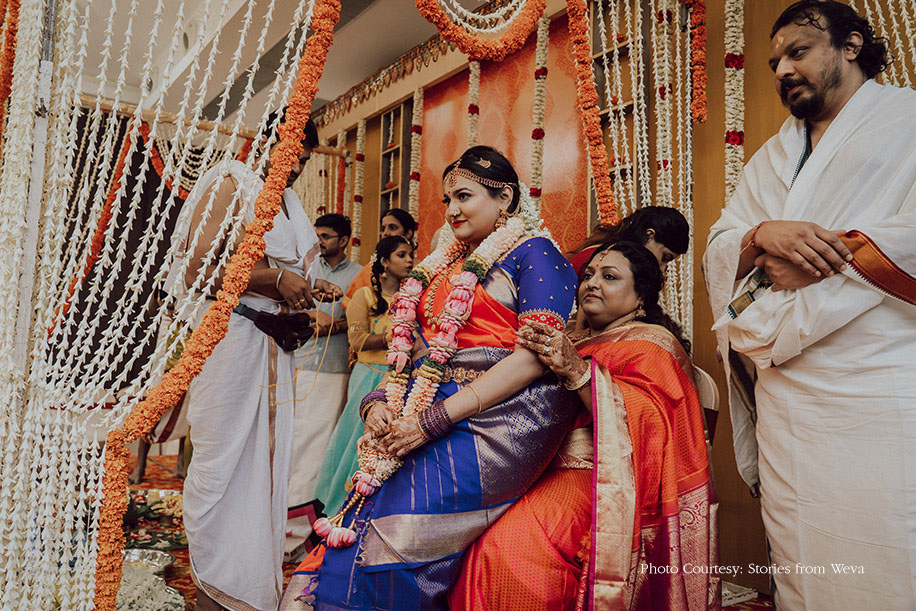 This bride decided to shake things up a bit by choosing to honor her single mother, who raised her all by herself. Bride Preethi got married to her husband in a Christian wedding ceremony held in Kerala and a ‘TamBrahm’ wedding ceremony in Chennai. She shares a little about her family and the reason why she decided to deviate from the traditionally patriarchal ritual.

“My husband and I met at an international residential school in Chennai. I am a Malaysian Tamil-Brahmin and my husband is a Malayali Christian. My father left the picture when I was about 12 years old when my mother was in Russia studying hard to achieve her dream of becoming a doctor. Once she learned about my father’s decision, she immediately came home to me, sacrificing her dreams and began a career in a different field to make ends meet. We have had no contact with him ever since and these circumstances led my mother to take on a dual role. Since then, this amazing superwoman has been the head of our little family,” shares the bride. As she planned the wedding, Preethi realized that not adhering to tradition was a bigger deal than she had imagined. She explains, “I decided I wanted a Tamil Brahmin wedding where, traditionally, the bride is seated on her father’s lap during the kanyadaan and a thali is tied on to her neck. I learned the hard way about how staunch and rigid Brahmin wedding traditions are. My heart sank a little when a family member mentioned that I would have to sit on my maternal uncle’s lap, even though he is amazing and has been there for me through the years. We went through about ten priests, whom I tried to convince (unsuccessfully) about my decision to let my mom perform the kanyadaan as the rightful head of my family.”

Through sheer determination, Preethi finally came across a priest who agreed to her request. When quizzed about why she chose to pursue this endeavor, she said, “She’s been just the coolest mother and more of a sister to me. I am so sure that there are thousands of Indian mothers out there who are doing brilliantly and they too deserve a chance to play a pivotal role at the weddings of their daughters, rather than just being in the background. A mother is there in almost every moment of a child’s life. Why shouldn’t she play an important role on the biggest day of her child’s life? In this day and age, I believe it is important to share my story with the world in the hope that it can change someone’s big day for the better.” 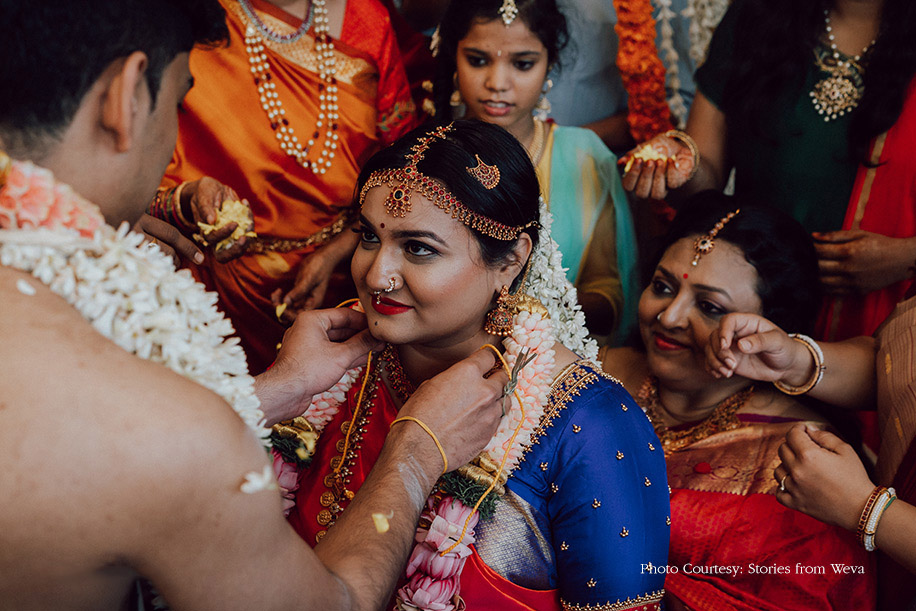 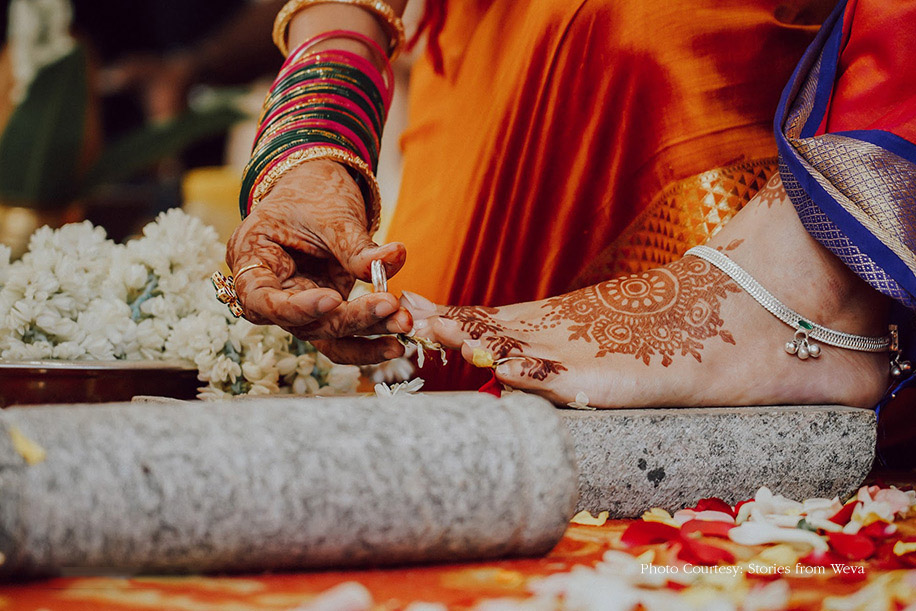 Preethi’s entire wedding was a display of feminine creativity. Her mother, with a helping hand from her sisters-in-law, planned the entire wedding. Their impeccable taste shone through the fabulous decor and the celebrations went ahead seamlessly. 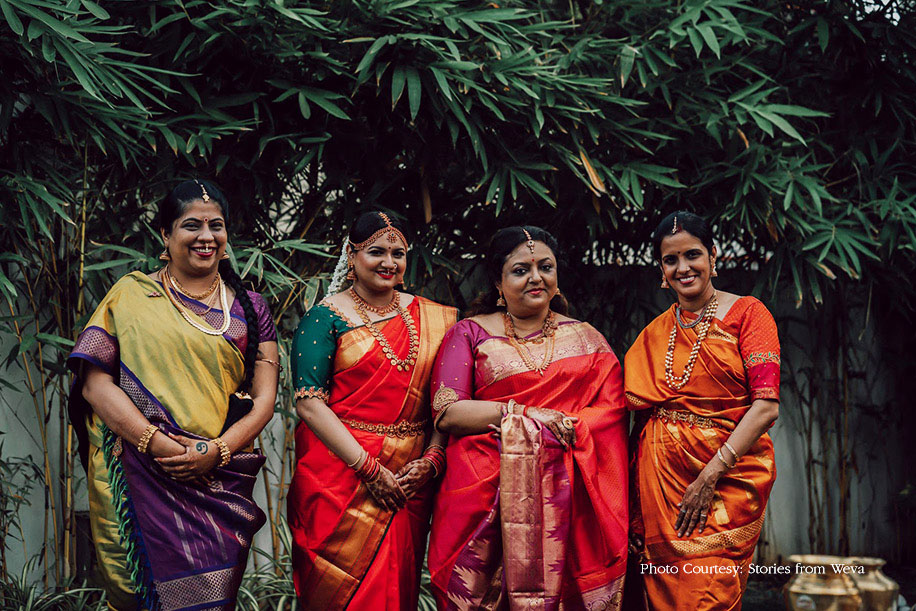 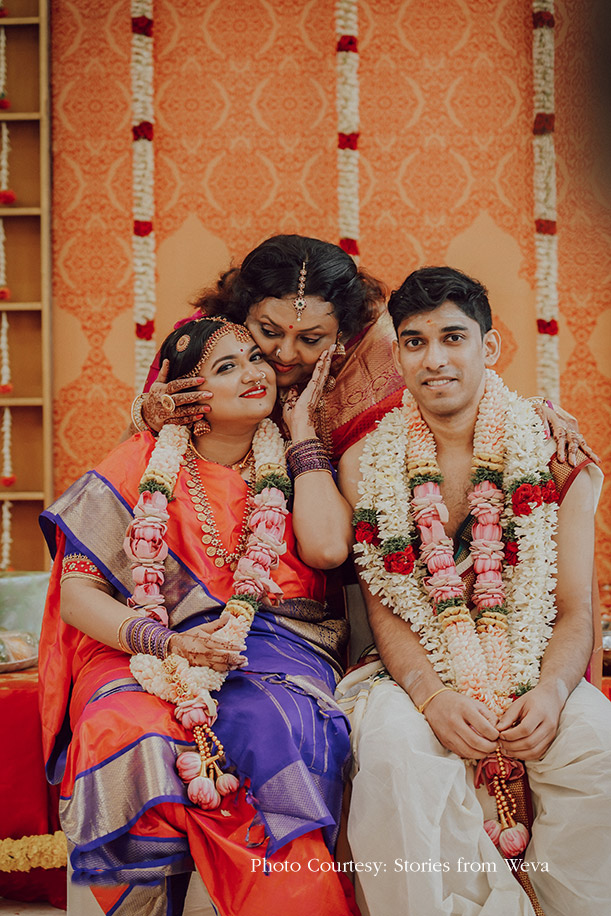 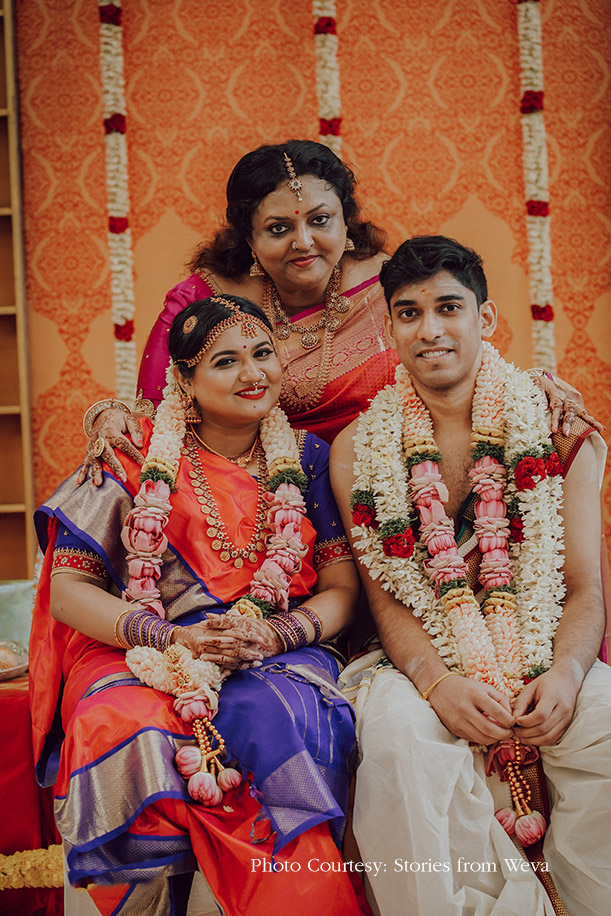 Preethi wasn’t done with tweaking tradition just with the kanyadaan. She went ahead and got her best friend from childhood, who had been with her since the age of two, to tie the final knots on her thali/mangalsutra after her husband. “This is traditionally done by the groom’s sister but, as my husband has none, we thought she would be the best fit to symbolically fill that role rather than a distant relative,” she said. 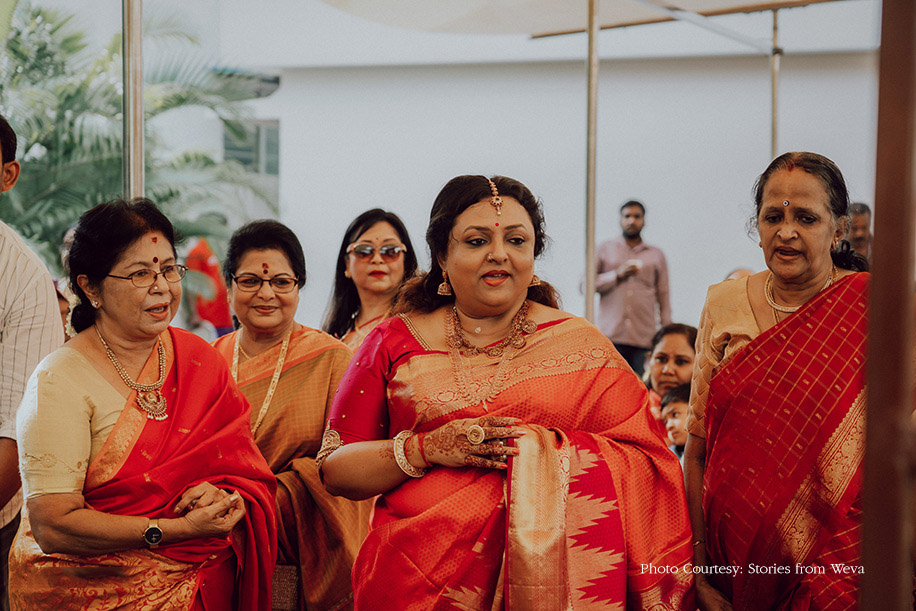 This entry was posted on Friday, March 20th, 2020 at 5:34:38 pm and is filed under Wedding Planning. You can follow any responses to this entry through the RSS 2.0 feed. Both comments and pings are currently closed.