Lakshmi Mittal’s niece Vartika, is tying the knot in Istanbul on 5th May. And the buzz in Turkey is that the Steel King’s niece’s wedding is much grander than UK’s Royal Wedding. ‘Wedding fit for a King, niece of the six wealthiest man in the world to wed at Ciragan Palace’ reports a newspaper in Istanbul. Vartika, daughter of Lakshmi Mittal’s brother Pramod Mittal got engaged to Utsav Goenka, in October last year, at one of London’s hottest new exciting venues—The Boiler House in the Battersea Power Station.

Over five hundred guests from around the world have flown in to Turkey for the three-day festivities and three hundred rooms have been booked at Istanbul’s most exclusive hotel Ciragan Palace Kempinski (reports state the Mittals have paid over two and a half million Euros just for the rooms). The festivities commenced with a welcome dinner at the Sait Halim Pasa, a charming mansion. The pre wedding ceremonies– the Bhaat, Mudda Tikka and Mehndi were at the Ciragan Palace Ballroom after which guests were ferried on boats to the Sangeet venue– Suada, the private island. The main wedding function and post wedding cocktails are at the Ciragan Palace Gardens. The Wedding Planners are Meptur Luxury, Turkey’s leading destination management company and Cineyug, the entertainment services company run by the Morani brothers.

Istanbul has become one of the most preferred international wedding destinations for billionaires. The destination offers anonymity and all lavish western comforts; it’s a shopper’s paradise, a gourmet’s delight and a centre of culture with ancient Ottoman palaces, treasury of miniature art and architectural marvels. 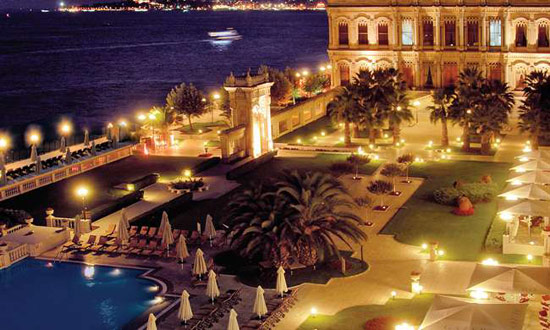 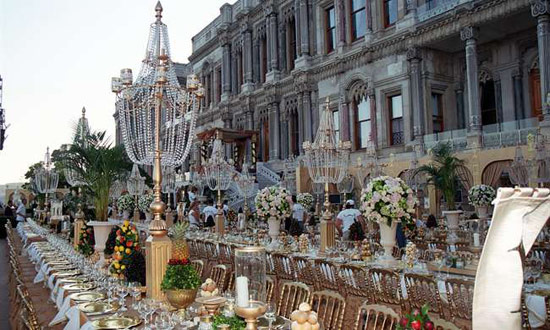 This entry was posted on Wednesday, May 4th, 2011 at 9:35:24 am and is filed under Destination Weddings. You can follow any responses to this entry through the RSS 2.0 feed. Both comments and pings are currently closed.