A Surprise Wedding Proposal While Hiking In Canada

Ishaan proposed to Rubaiyee while the pair were hiking on a trail close to the city of Toronto in Ontario, making the adventurous excursion one they’ll remember forever.

Being photography enthusiasts, Ishaan and Rubaiyee love looking for picturesque locations around their town. This is what led Ishaan to conjure up his proposal plan – the suggestion of a hike was the ideal guise and opportunity to surprise Rubaiyee.

The dreamy proposal began with Ishaan whisking Rubaiyee away to a nearby hiking trail for an autumn shoot. The couple took a few shots before Ishaan suggested moving further into the woods. It was here that Rubaiyee noticed lights twinkling amidst the trees. 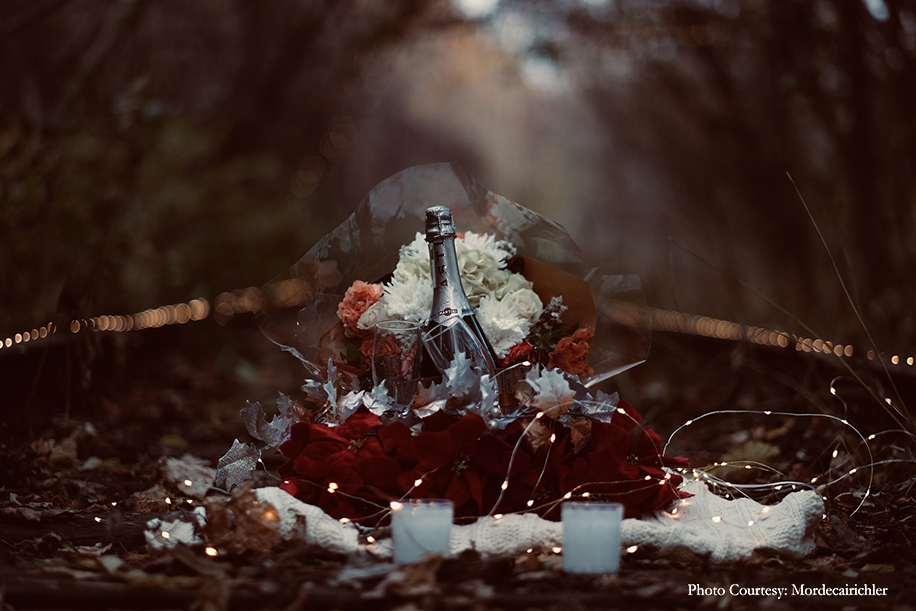 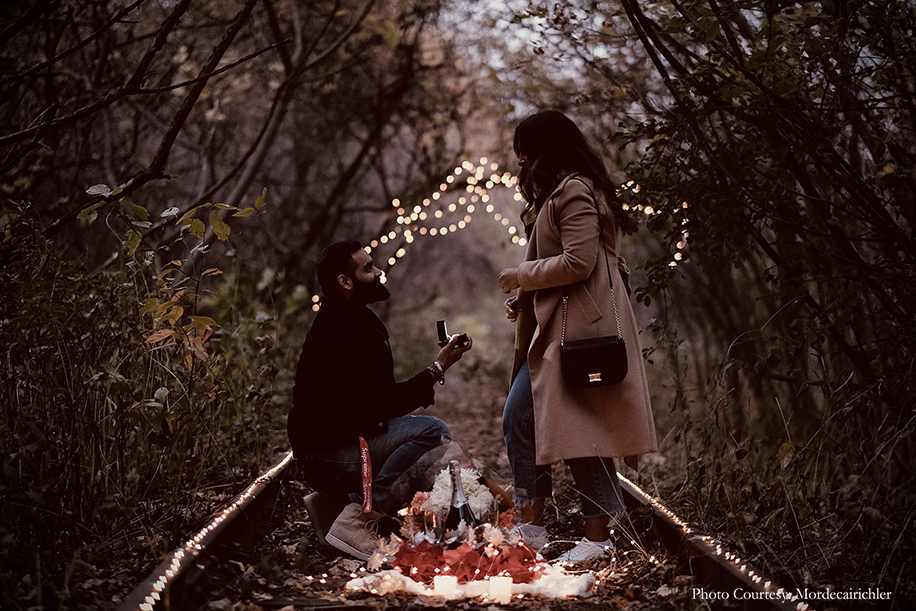 Talking about the special moment, she says, “As we approached the lights, he held my hand and asked me to keep my eyes shut. I was surprised and shivering with excitement as I sensed what was going to happen. He then led me to rail tracks in the woods, which were decorated with fairy lights. After we reached the spot, he asked me to open my eyes. There he was, on his knees, asking me to marry him; beautiful lights twinkling all around us. It was a dream come true for me – just as I had imagined!” 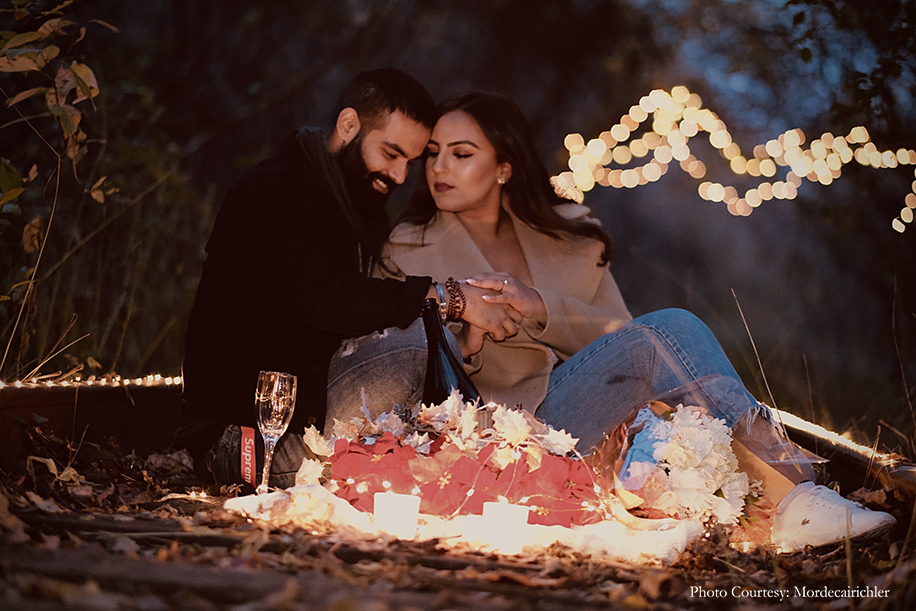 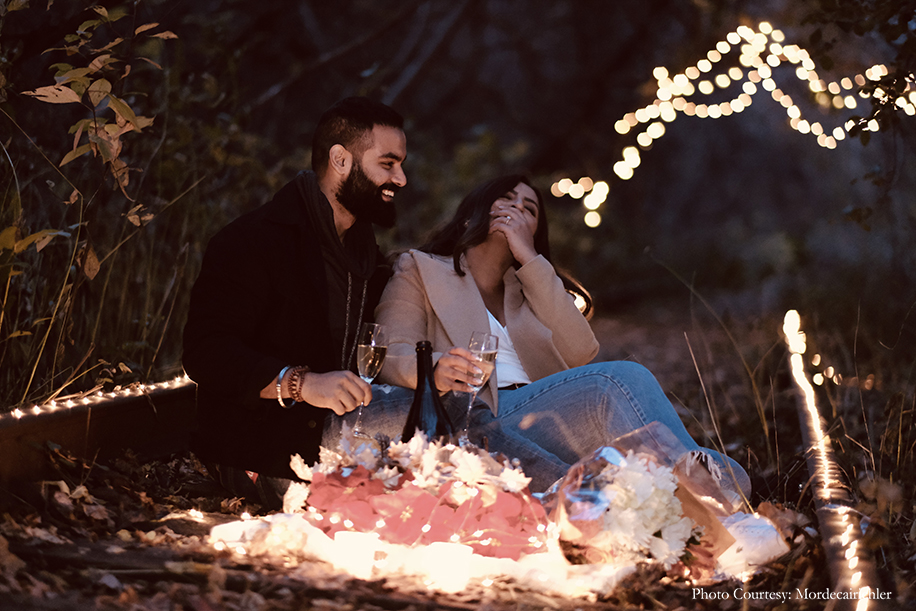 This entry was posted on Tuesday, November 19th, 2019 at 11:43:16 am and is filed under Wedding Proposals. You can follow any responses to this entry through the RSS 2.0 feed. Both comments and pings are currently closed.