A surprise proposal at sunset, on the Marine Drive promenade in Mumbai

Take an iconic Mumbai setting – Marine Drive, add the charm of a vintage car ride and throw in the thrill of a surprise and you get all the ingredients of Shashank’s amazing proposal to Kriti. 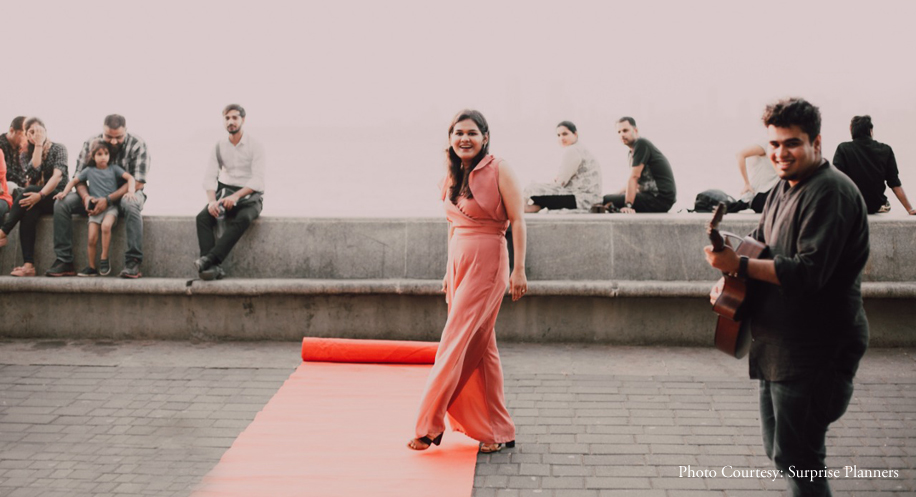 How they met
Kriti and Shashank were introduced in a formal, arrange marriage set up but they got along instantly. Kriti says, “Within a week of knowing Shashank, I began to believe he actually was ‘The One’.” Their bond grew stronger as weeks went by and they were soon engaged.

The Proposal
Two months after their official engagement though, Shashank decided he wouldn’t be cheated out of one of those big romantic gestures all love stories pivot on. So he decided to organize a little surprise for the woman in his life.

Kriti says it all began with plans for an evening out with friends, “Two of my friends planned a fancy evening at the Intercontinental with our respective partners. So I got all dressed up and headed there with Shashank. We decided – did we actually decide? – to spend a few moments enjoying the sunset at Marine Drive. But Shashank got up to attend to a work call so my friends and I started strolling on the promenade.”

And then came the moment Kriti will remember forever.

Supposedly on his work call, Shashank instead rolled up in a swank vintage car surprising Kriti! He walked towards her with a bouquet of roses and a bunch of heart shaped balloons! Meanwhile her friends rolled out a red carpet for her, right there on the corniche as a musician played one of her favorite songs. It was tender and thoughtful and Kriti was in tears! 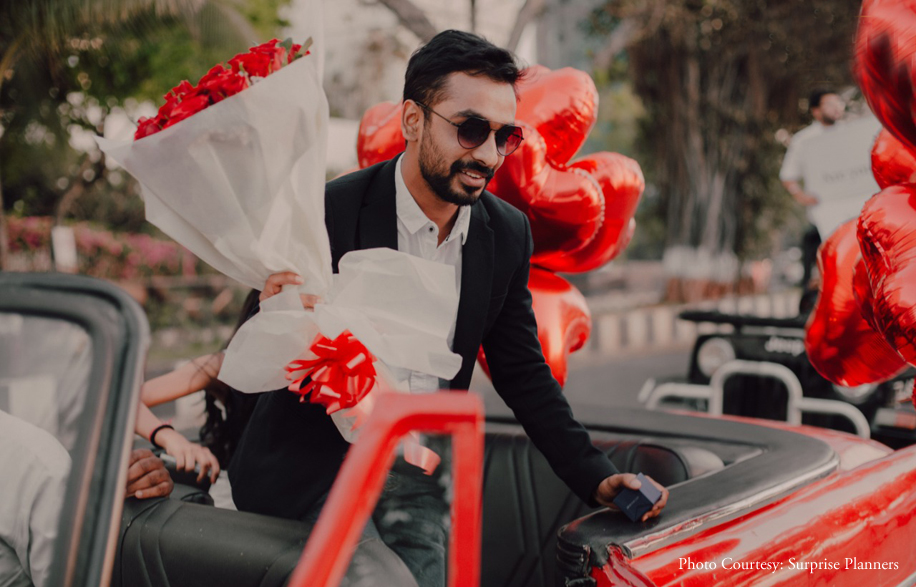 And then, as she saw her friends holding up balloons that spelled ‘Marry me!’ she looked back towards her beau and he was down on one knee, holding up a ring. She’d already said yes, but saying ‘Yes’ this time – in front of cheering, applauding onlookers – was a very special moment in their love story. The couple then took a long drive in the vintage car, its top down to enjoy the ocean breeze. “The entire experience was quite surreal,” Kriti says smiling, “It was definitely one of the most memorable moments in my life!” 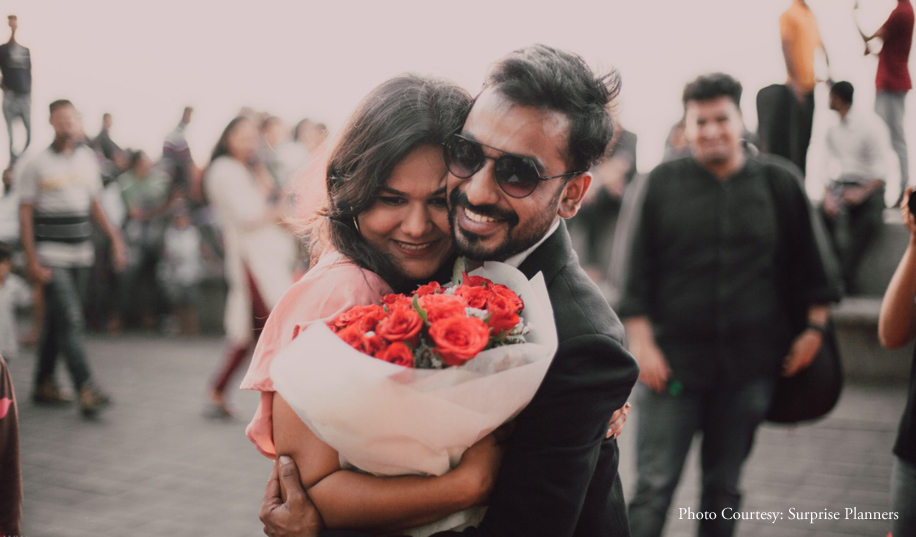 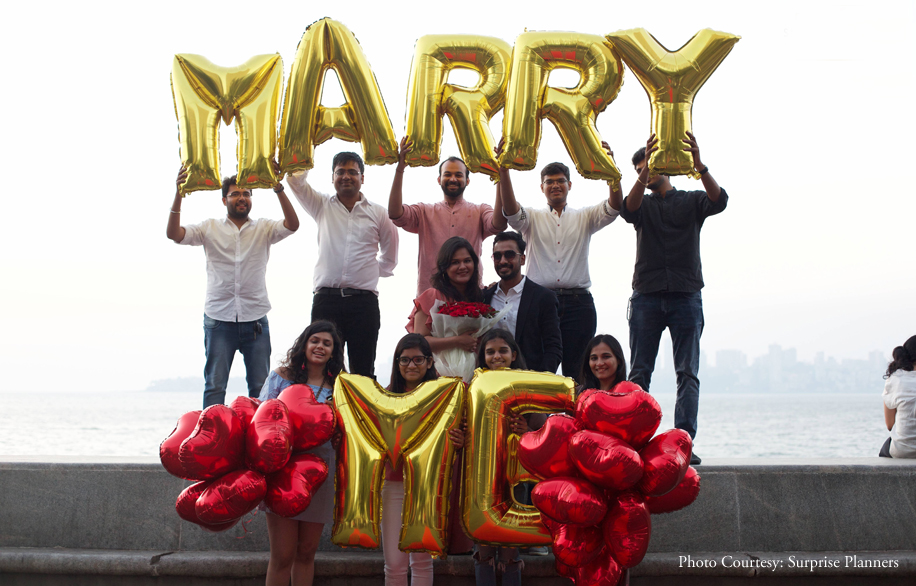 This entry was posted on Monday, April 1st, 2019 at 3:44:38 pm and is filed under Wedding Proposals. You can follow any responses to this entry through the RSS 2.0 feed. Both comments and pings are currently closed.