This Lebanese couple’s Indian post-wedding celebrations will leave you floored!

Packed with action, drama, romance and songs, Bollywood movies have found a thriving fan based across the world. A couple who shares this love for both Indian cinema as well as India are Meitha and Rashed. In awe of the splendor of the country and its film industry, this Lebanese couple hosted Bollywood-inspired post-wedding celebrations in the City of Lakes, Udaipur. They worked alongside WeddingSutra Favorite – Cineyug, to put together an affair fit for royalty! 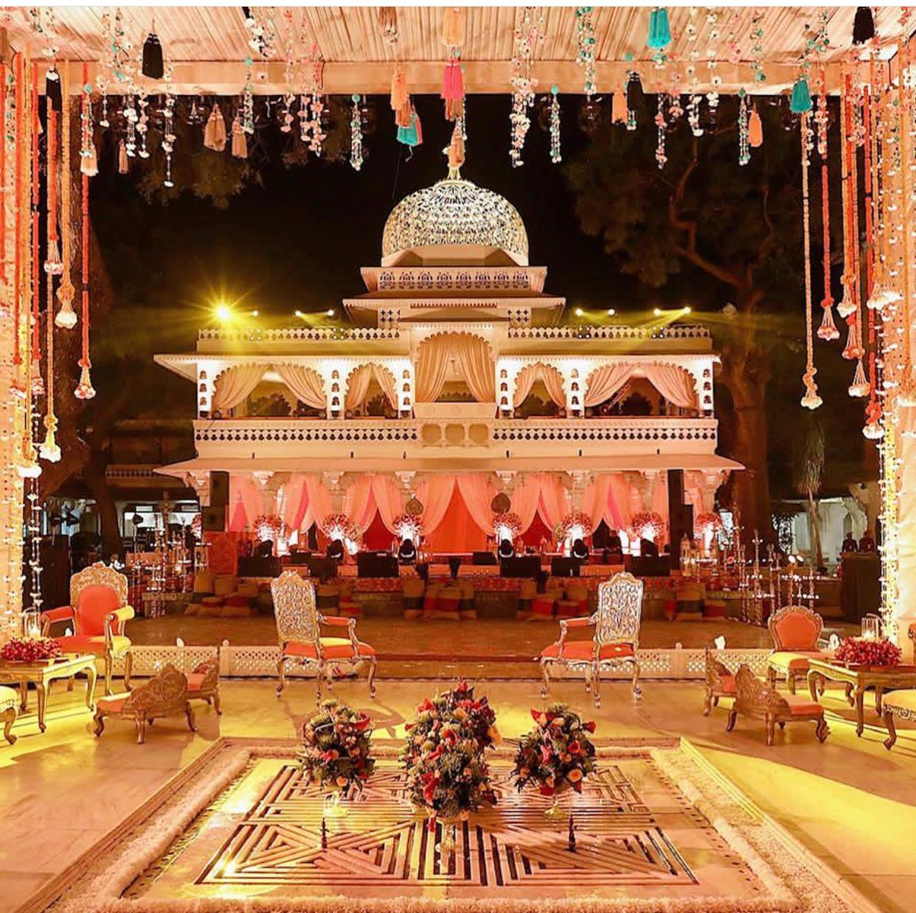 The couple held the festivities at The Zenana Mahal, a former palace for royal ladies. Built in the early 1600s, this part of the City Palace is truly breathtaking and has played host to numerous royal weddings over the years. The regal setting was brought to life with wonderful decor that consisted of strings of fairy lights, candles and an abundance of blooms, which elevated the architectural beauty of the venue. 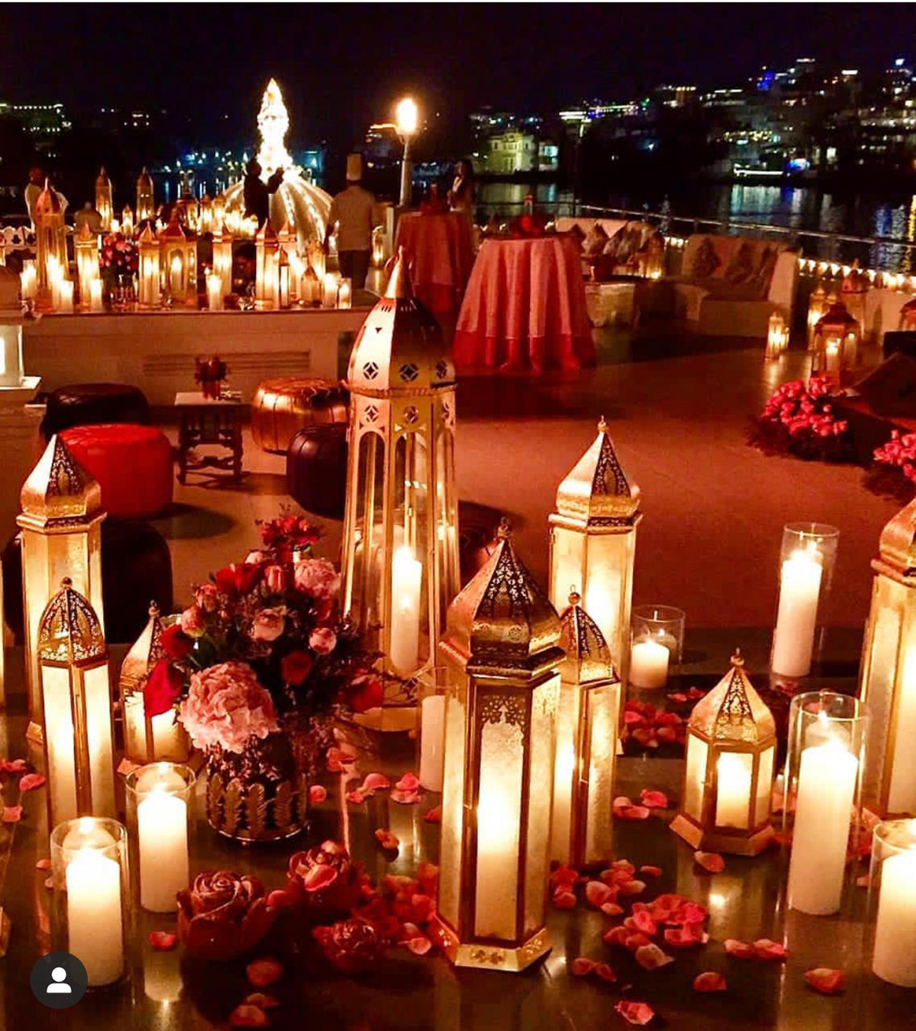 Noureen Morani, Head of Weddings, Cineyug says, “When we began piecing together Meitha and Rashed’s sangeet and mehndi night, we were filled with a new kind of enthusiasm and vigor! To watch people who are not Indian be so in love with aspects of our country was both humbling and uplifting. To realize their dreams of a big fat Indian wedding, we worked closely with Ali Bakhtiar Designs, a Dubai-based designer.” 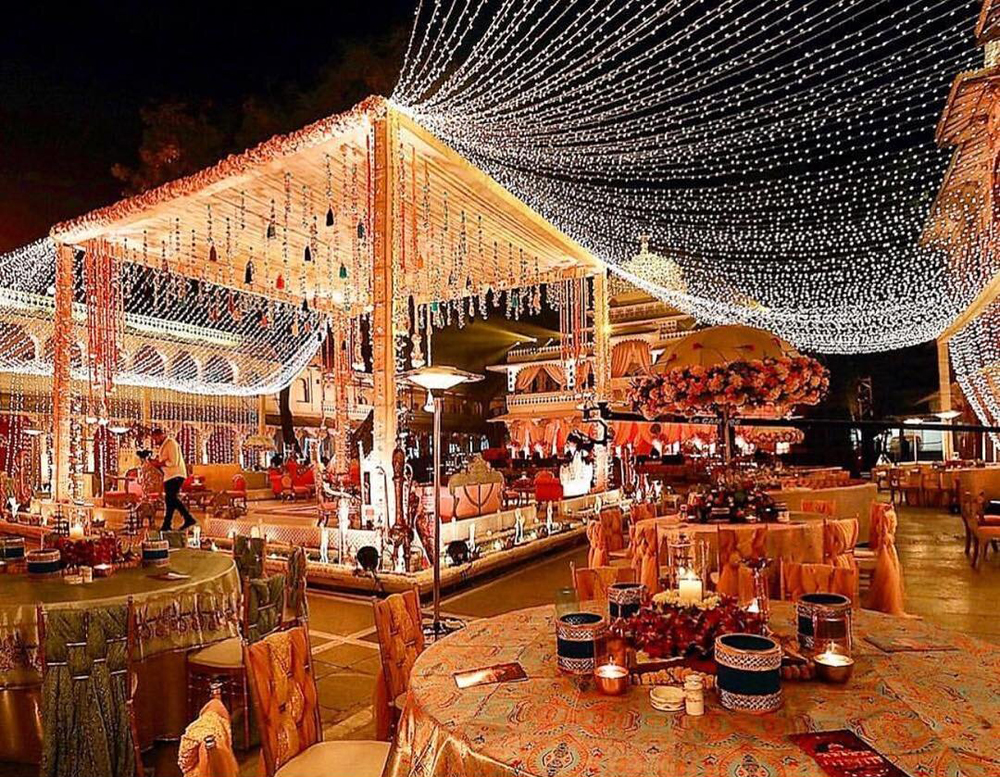 As their guests arrived, they were met with an exquisite walkway covered with fresh pastel blooms and lit by a sparkling chandelier. Making their way into the venue, guests stepped into a courtyard with a large canopy that stood against the facade of the palace. Noureen says, “This was possibly the most captivating element of the decor at this function. Its ceiling was decorated with colorful tassels and lights stretched from the surrounding structures and converged at a canopy, forming a scintillating cover over the space.” 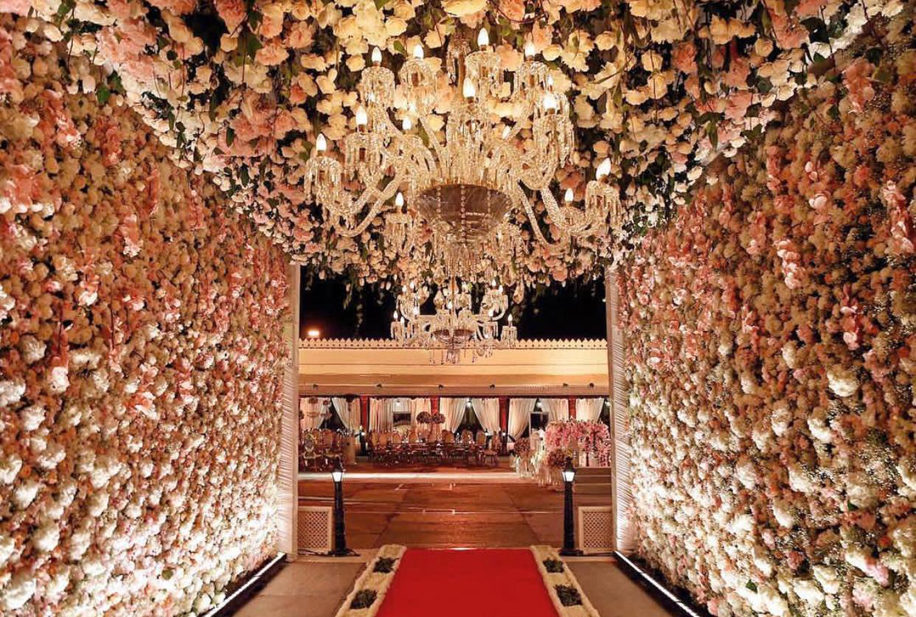 The team laid out round dining tables in the area overlooking the lake which had floral arrangements were suspended from above. This setup looked mesmerizing and heightened the beauty of the entire venue. “The tables here were meant to make a statement and they did. Standing against the view of the lake, they painted a pretty picture and added a romantic touch to the rest of the decor,” says Noureen. 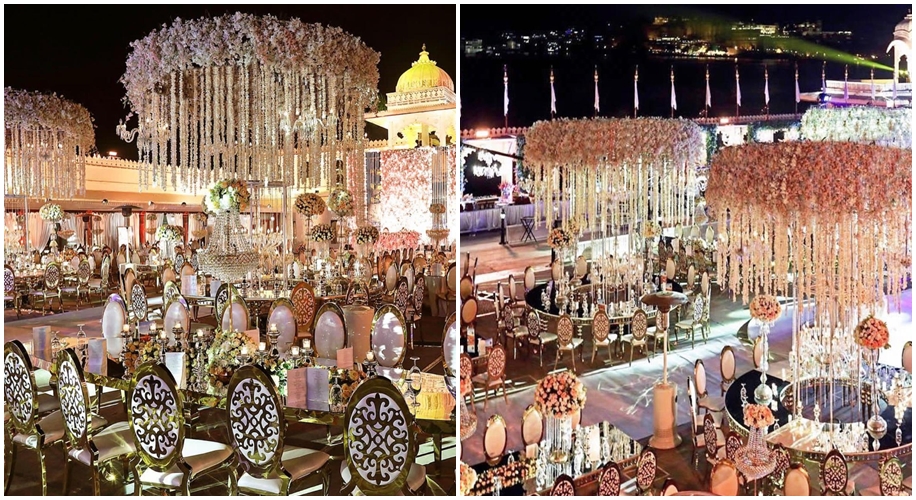 Staying true to their love for all things Indian, the couple arranged for a Bollywood performance choreographed by Sumit Vinod. For even more entertainment, they invited Vyas Brother and DJ AJ, who brought the house down with catchy Bollywood tunes that had guests grooving till the wee hours.

This entry was posted on Thursday, August 1st, 2019 at 3:02:48 pm and is filed under Wedding Planning. You can follow any responses to this entry through the RSS 2.0 feed. Both comments and pings are currently closed.