New York-based Sagar and Shweta met at a common friend’s wedding. She was the bridesmaid and he was a groomsman. Sagar, a finance professional, and Shweta, a pharmacist, ended up sitting on the same bench near the Hudson river after the reception. “We chatted for hours – and the rest was history!” recalls Shweta. “But there is a back story to our romance – Sagar and I first met as kids at a candy convention as both our dads work in that industry. When Sagar who was 11 years old then saw me he told his friend ‘That girl is cute!’ And years later, we were engaged.” 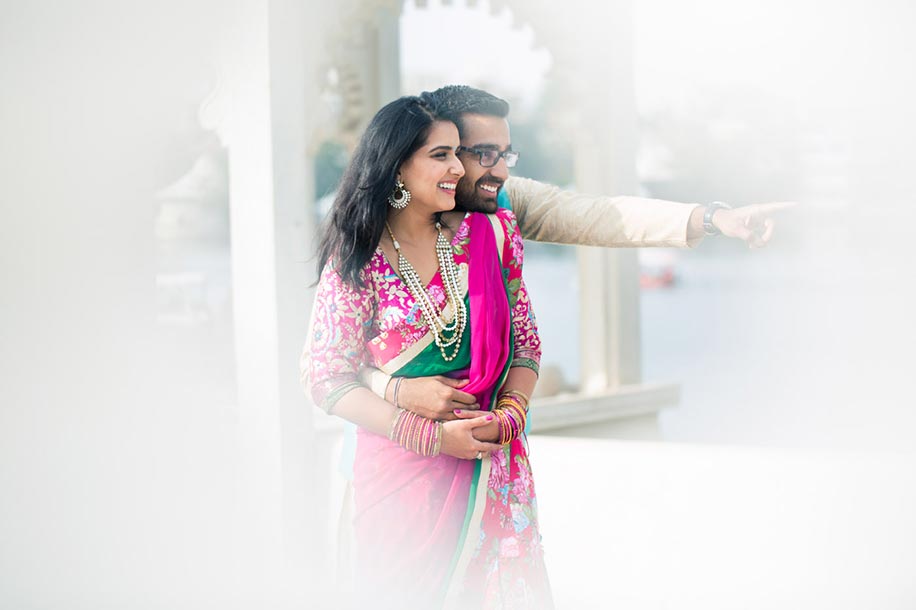 The couple decided to travel to India for their engagement photo shoot. They picked the City of Lakes – Udaipur – in Rajasthan, and Shweta shares the reason why.

“I had visited Udaipur on a family vacation a few years ago. I really love photography and I couldn’t stop taking photos of the beauty Rajasthan had to offer. Fast forward years later, Sagar and I were planning on travelling to India before the wedding. We had been brainstorming ideas for an engagement shoot but could not decide on the location. However, when I saw some old holiday photos from Udaipur, it was like a lightbulb went off in my head! I quickly researched Udaipur and Taj Lake Palace popped up. Once I saw a few photos of this stunning hotel, I knew it was the perfect location for our engagement photo shoot.The next big thing to fix was zeroing in on an awesome photography team – and we chose DotDusk because we loved their work which we saw online.” 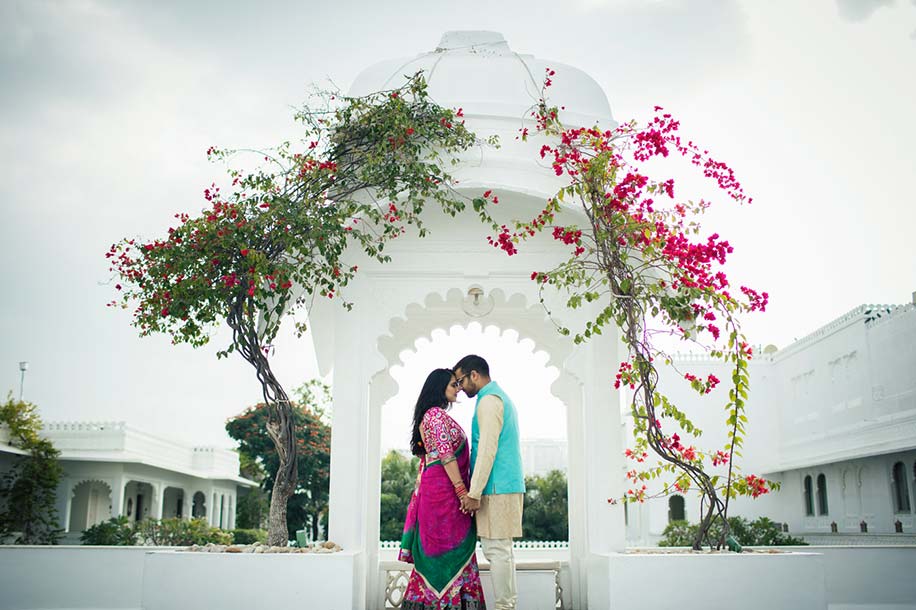 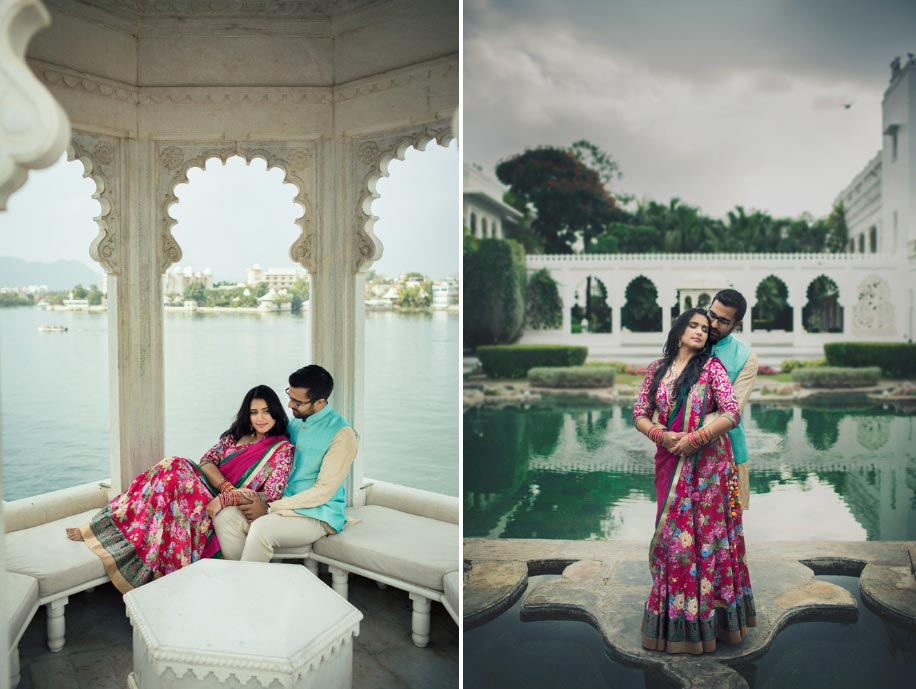 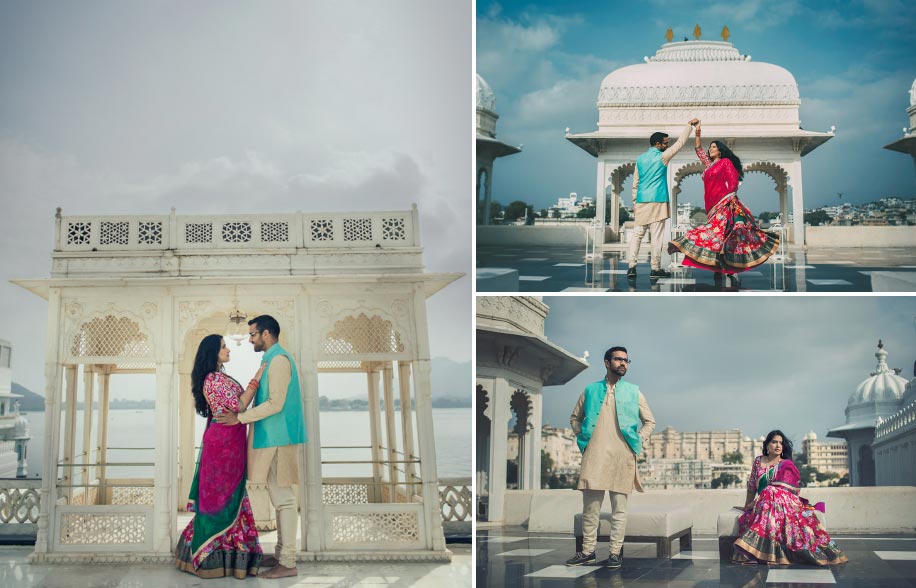 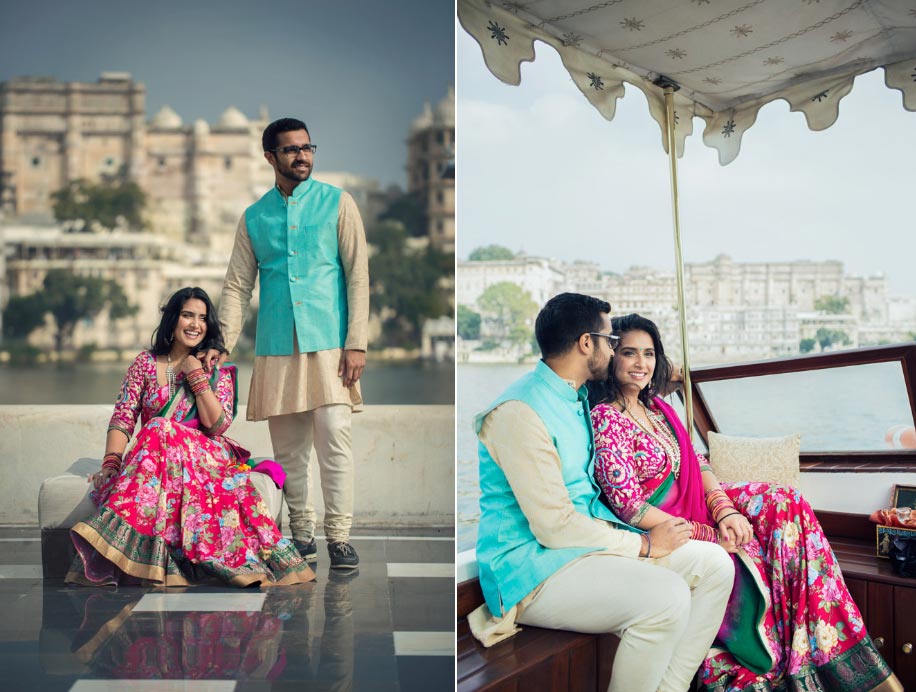 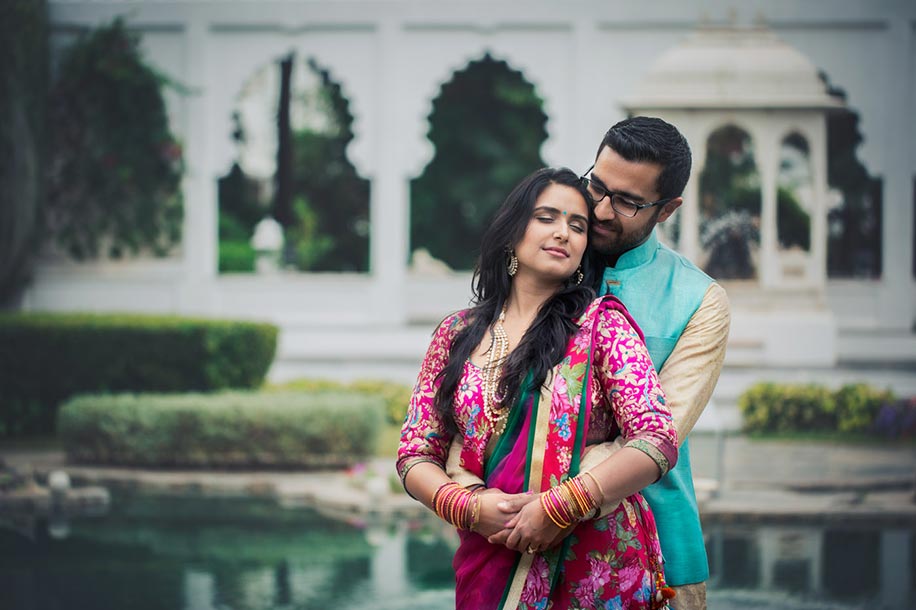 Shweta was right in her instincts when it came to choosing Taj Lake Palace for her engagement photoshoot as it has been voted as one of the most romantic hotels in the world. A stunning structure with a white marble exterior situated in Lake Pichola in Udaipur, it was originally designed as a winter palace by Maharana Jagat Singh II between 1743 and it was originally called Jag or Jan Niwas after its founder. Shweta had to request special permission from the hotel management to do the shoot on their premises.

“It was a bit tricky, but they managed to work it out so we were able to use the morning for the photo and video shoot. The biggest challenge for us was to get the shoot done in one day as we were on a very tight schedule,” says Shweta. 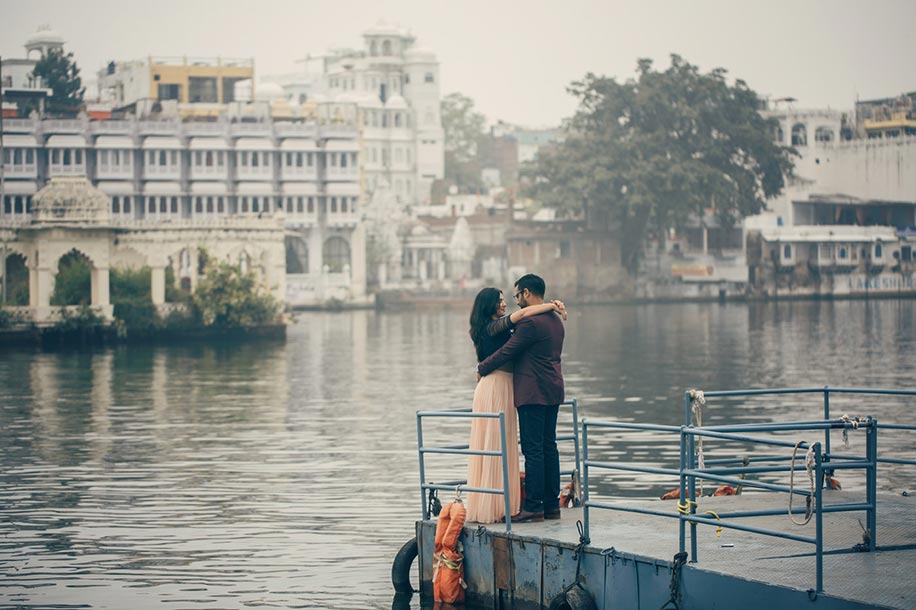 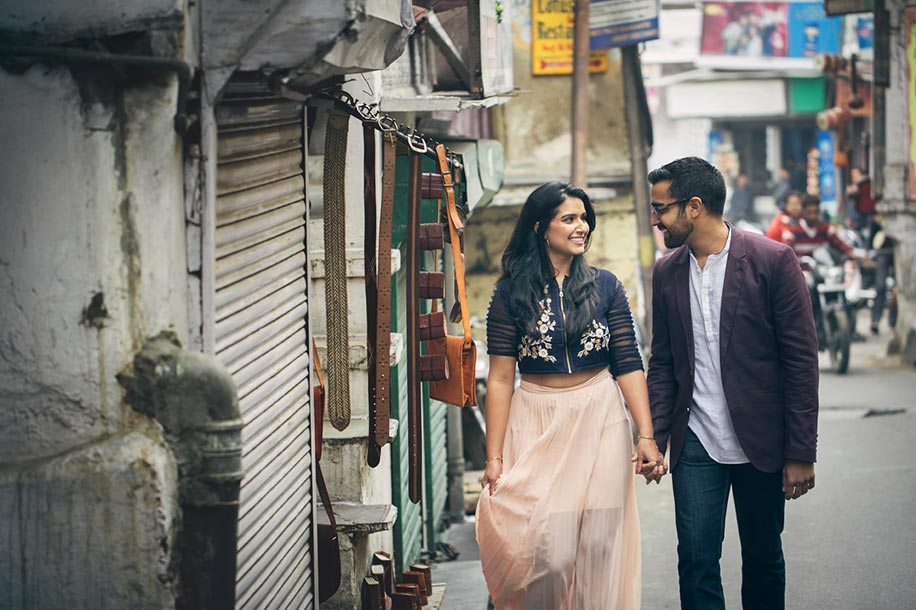 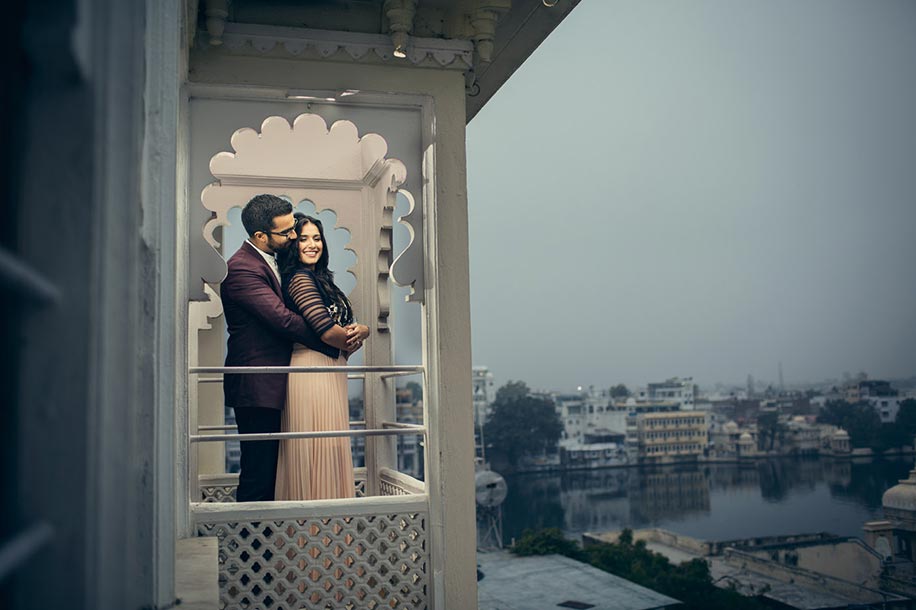 Every aspect of the hotel – be it the view or the décor details – was beautiful and the couple say that shooting at this historic property was a dream come true. The couple hope to repeat their amazing experience and are planning to have DotDusk shoot their family portraits in the same location in the future.

This entry was posted on Monday, August 8th, 2016 at 7:05:32 am and is filed under Destination Weddings, Wedding Photography & Films. You can follow any responses to this entry through the RSS 2.0 feed. Both comments and pings are currently closed.