A little blue bird sang a song of love

For social media addict Sumita, turning to Twitter to get rid of an extra event ticket was just par for the course. Little did she know that her golden-tweet-thumbs would be the way to a young man’s heart and one day, he’d use the medium to propose to her too! This is as modern a love story as it gets. Roses are red, the twitter bird is blue… and these tweethearts will say “I do”. 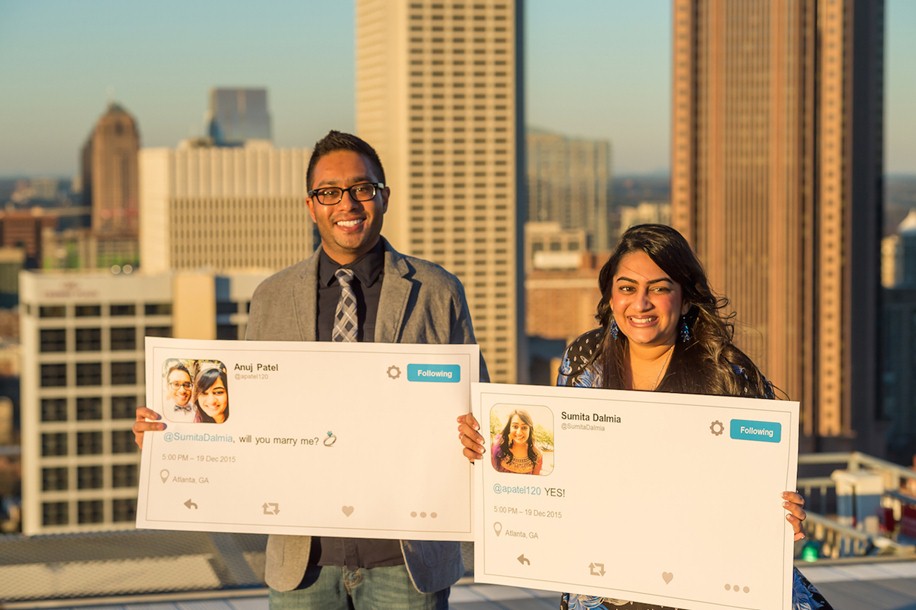 HOW WE MET:
My friends know me as social media obsessed. I use social sites for personal and professional benefit.

Through college, law school and after, I’ve used Twitter to reach out to individuals with similar professional interests, which led to 16 different internships.

I also have a knack of finding social media contests on Twitter and have won tickets and prizes to almost every local concert and sporting event I can think of (almost $10,000 in prizes on Twitter!) So it was no surprise to anyone that I met my fiancé on Twitter too!

In September 2013, I was looking on Twitter for Jazzoo, an annual event held at Zoo Atlanta. I typed ‘jazzo tickets’ in the search field and a tweet by Anuj Patel popped up. He’d tweeted a day earlier saying he had an extra ticket if anyone wanted to join him. I reached out to him randomly and asked if he still had it but he’d already given his ticket away.

It was his biography that caught my attention. He works in sports and entertainment, a field I was interested in getting into. We starting chatting and then we met in person. The rest is history I guess. I’ve attached a snapshot of and link to our first Twitter exchange… https://twitter.com/apatel120/status/378151312149725184

THE PROPOSAL:
Given this background, it was only fitting that his proposal was ‘Twitter’ themed.

My sister dragged me out of bed that morning and led me to Drybar to have my hair done. At this point, I figured something was going on. As we left the hair salon, a few of my closest friends were waiting outside (two armed with cameras, shooting video as well!) They had the first clue for me, with instructions for a scavenger hunt. I was blown away! Anuj had created his own ‘tweet’ clues (you can see them in the photos attached.) The clues led me to a location that was meaningful to us and at each one a close friend met me with a rose and the next clue. My sister and friends were tasked with making sure I got to each location on time because each clue was structured like a real tweet and time-stamped with the EXACT time I was to receive it.

The timing was amazing. Every time I received a clue, I would check my watch and it was literally the SAME time printed on the clue! Anuj was tweeting this live and I had to go on Twitter, favorite and retweet each tweet clue I had just received.

One of the last clues involved a horse carriage ride around downtown Atlanta that ended at the W Hotel in Midtown where he had booked a room. When I went in, a dress and shoes were already laid out, along with the last clue.

The last clue led me up to the helipad. I got ready, took the elevator and there he was, waiting for me at the top. Anuj is very afraid of heights so the fact that he chose this spot to propose blew me away! He had a ring and one last tweet for me! A tweet sign that said “Will you marry me?” It was perfect. 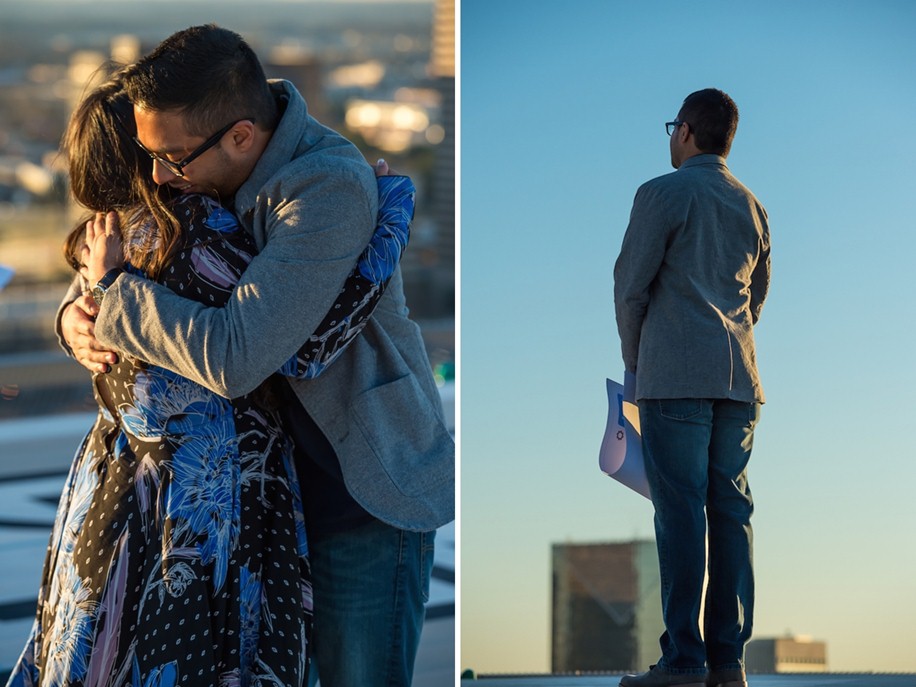 He’d had the entire day timed so his last tweet would be at 5pm, as the sun set over Atlanta. After saying yes, he led me back down to the hotel, where all my friends were waiting with one more surprise. They had choreographed a dance to two of my favorite artists, Justin Bieber and the Backstreet Boys. Anuj does not dance, he always refuses to, but he joined in in the middle of one of the songs. He had learned the dance just for me! And if this was not enough, after the dance, we headed to Tin Lizzy’s restaurant, where he had both of our families waiting for a celebratory dinner. It was truly a magical day. 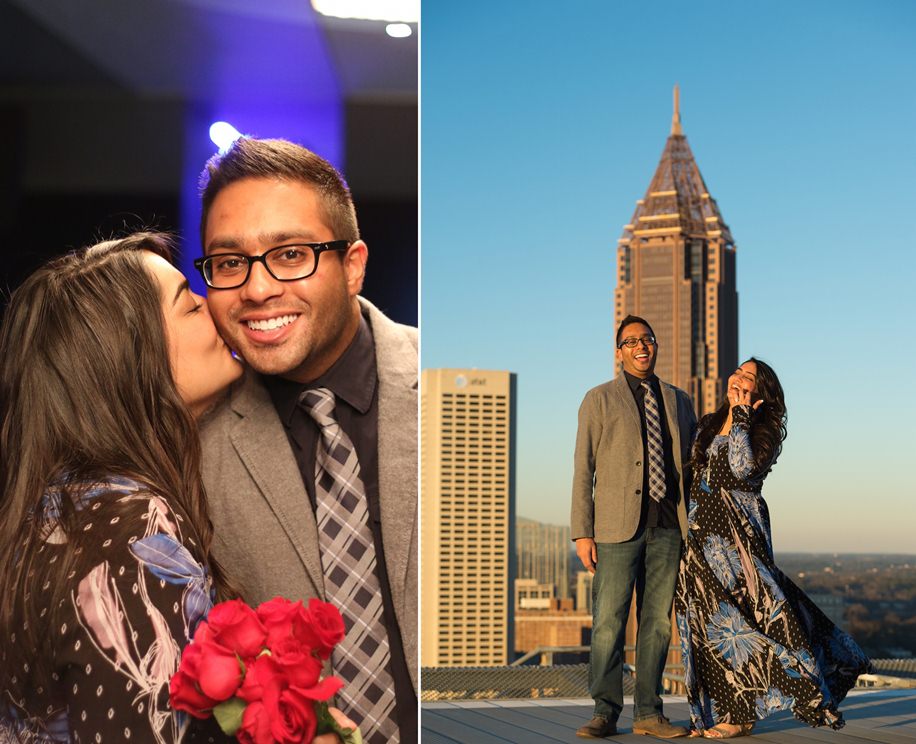 This entry was posted on Monday, March 7th, 2016 at 7:30:11 pm and is filed under Love Actually. You can follow any responses to this entry through the RSS 2.0 feed. Both comments and pings are currently closed.