A love story that blossomed in the corridors of their high school, Pushti and Jeet’s seven-year journey went through myriad ups and downs before culminating in a sweet proposal in San Francisco. The life-changing moment was witnessed by their families and captured in beautiful frames that will be cherished forever. Pushti shares her journey with us. 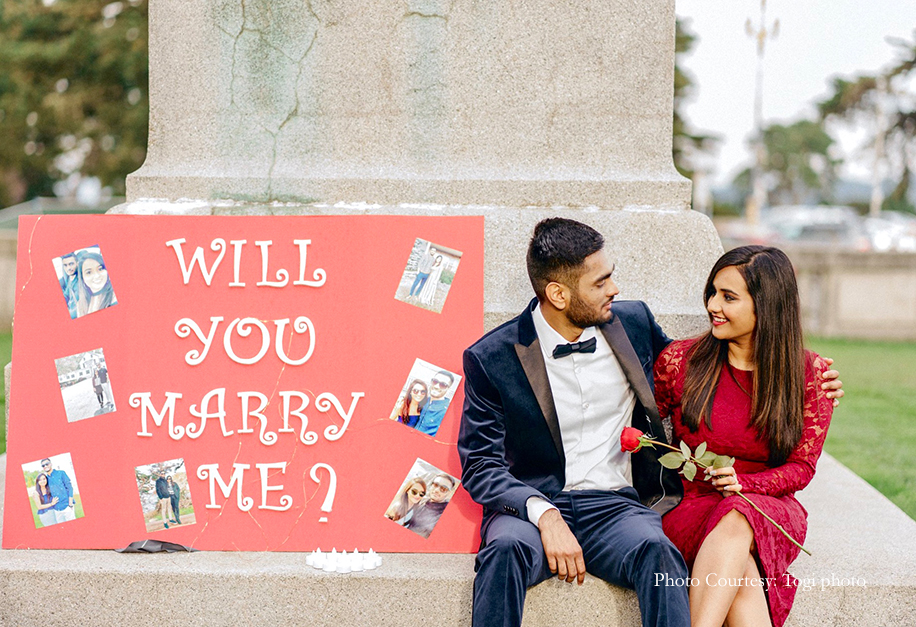 How We Met
“I am from California and Jeet lives in Pennsylvania. We studied in the same high school in Vadodara (Gujarat, India). We were friends for a long time and even after Jeet moved to the US to pursue his graduation we kept in touch because we felt a deep connection. It was only after he moved that he confessed his feelings for me and we began a long-distance relationship. I planned on shifting to the US a year later for my studies and to be closer to him, but things took a bad turn and we split up. For a couple of years we had no communication barring those polite birthday greetings. I thought that chapter was closed for good. However, a single text from him on a random day changed things forever.”

“It all started to change when I sent him flowers on his birthday. His family discovered our relationship and approached my family to ask for my hand in marriage. After some convincing, they finally agreed. Our families met and, after five long years of not seeing each other, we finally met again. It was a surreal feeling.”

Proposal Story
Pushti recounts, “Jeet planned a surprise proposal on my birthday, December 17, at Legion of Honor in San Francisco. He got me there on the pretext of taking me to his work conference. He also brought both our families there to witness the proposal, as well as a photographer to capture the moment. He managed to do all this without arousing a shred of suspicion from me. On getting there, he led me to a point from where the Golden Gate Bridge was visible and I was awestruck at the magnificent sight. As I turned to look at him, there he was, on one knee. He was in front of a pillar with posters, flowers, balloons and the words every girl dreams of hearing: Will you marry me? The word ‘yes’ left my lips even before I could think and, while I was still reeling from the surprise, out popped our families to celebrate the happy occasion. It was the most perfect proposal I could have ever imagined.” 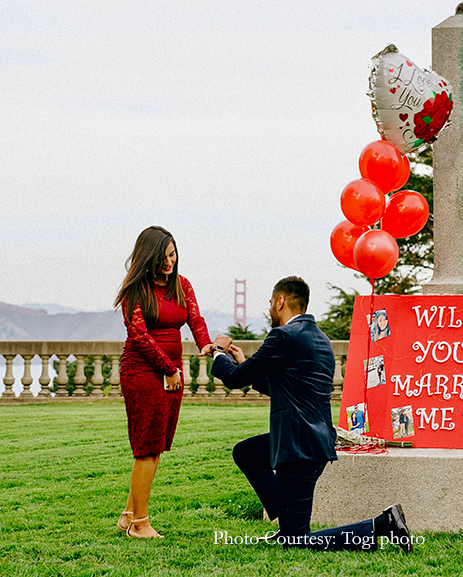 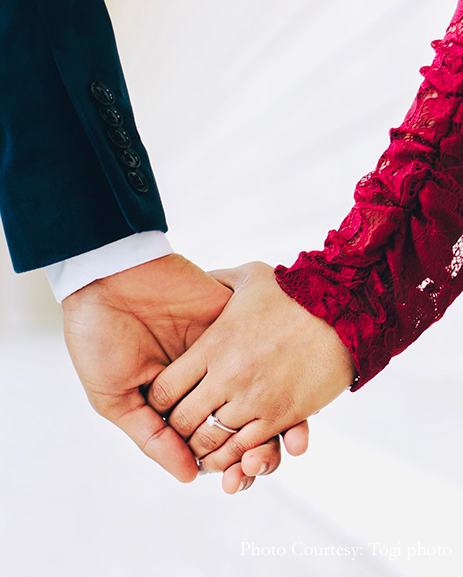 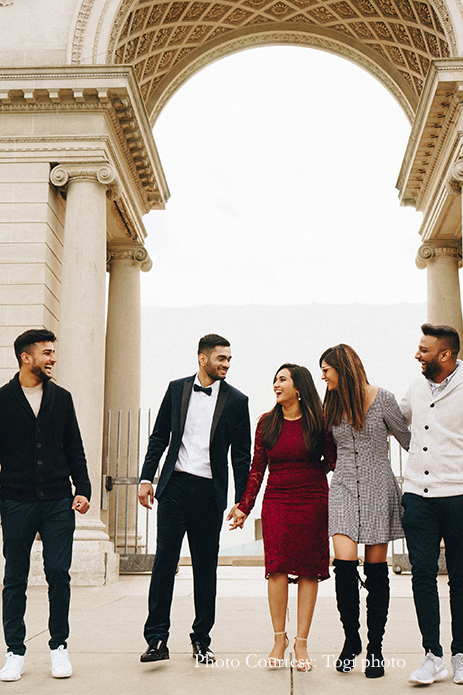 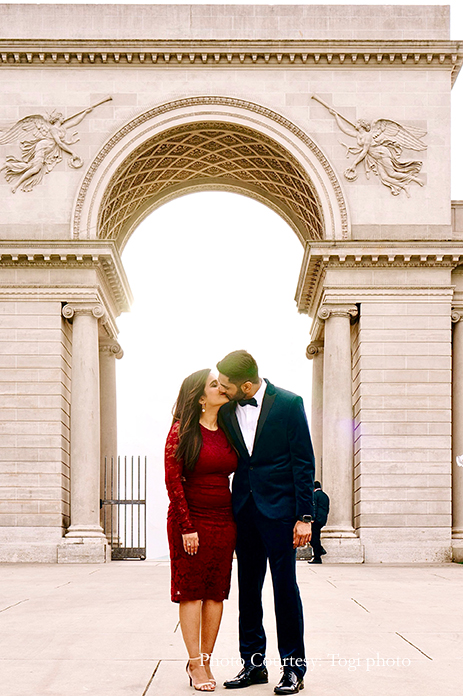 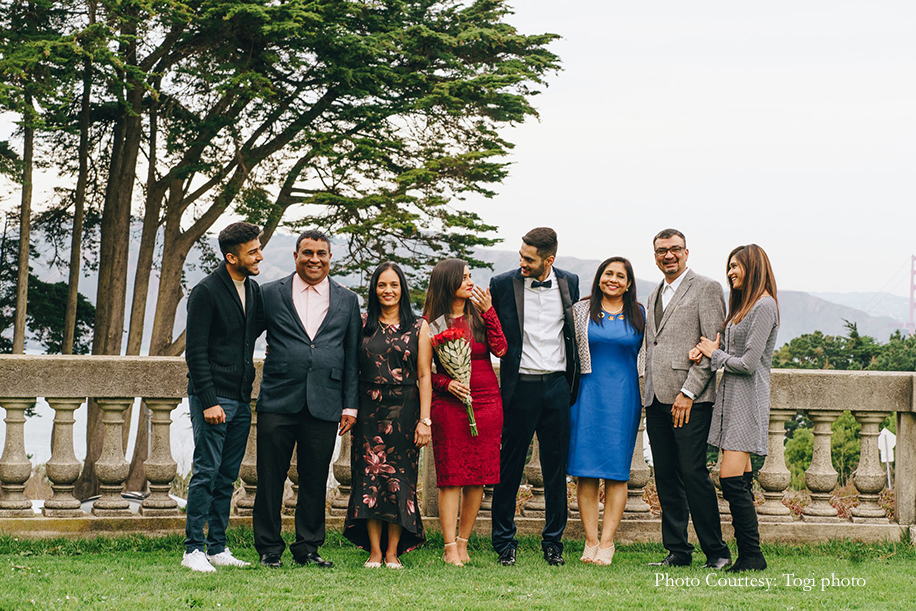 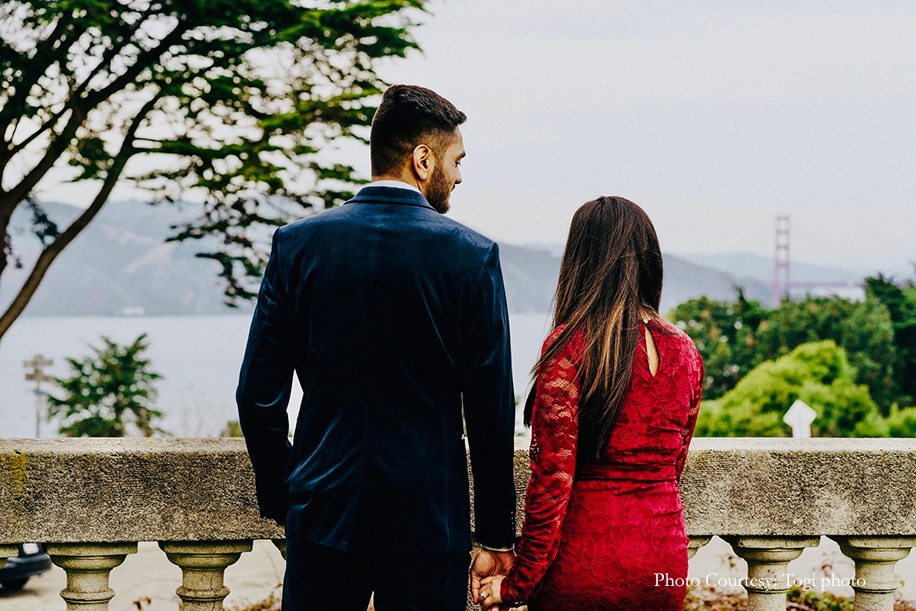 “Seven years of long distance being thousands of miles apart, managing time-zone differences, keeping up with priorities, FaceTiming with bad internet and long, tiring plane rides, it has definitely been a long journey to where we are today. We never gave up hope and when we finally got engaged on December 17, 2019, we could say with complete certainty that it was all worth it.”

This entry was posted on Tuesday, February 4th, 2020 at 4:40:34 pm and is filed under Wedding Proposals. You can follow any responses to this entry through the RSS 2.0 feed. Both comments and pings are currently closed.