Telugu heartthrob Allu Arjun (Bunny) married Sneha Reddy and the Big Fat Tollywood wedding literally brought Hyderabad to a standstill. The main wedding function was held at Hitex Grounds, Madhapur. The wedding mandap was designed like a Tirupati Temple and there was chaos during the Muhurtam and Bunny’s bouncers and the security personnel had a tough time maintaining peace. The fans came from neighbouring villages, cities and states, and Bunny being aware of the possible fan-frenzy requested his fans not to come to the wedding, since we has hosting a reception exclusively for them the next day. But nothing could stop the fans. 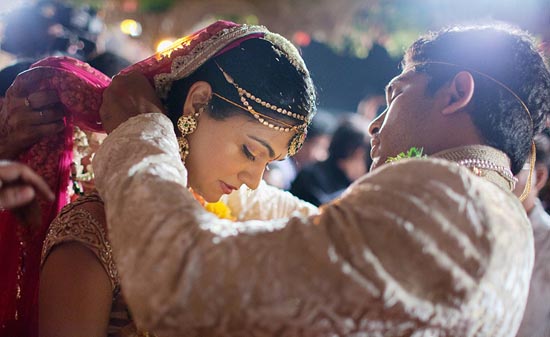 Joseph Radhik (an IIM graduate who chucked his consulting job to pursue wedding photography as a full time career) and his team of Rushi Tambe and Prashant Narayan covered the wedding as Bunny’s exclusive private photographers. Rushi and Prashant who shot on the wedding day, tell us this: “The wedding had more than 40 photographers and we were capturing the candid and behind-the-scenes moments only. The number of fans were anywhere between 20,000 and 30,000. At one point, the crowd on stage had become such a huge issue that the bride, groom and families were surrounded by a ring of bouncers so that the ceremony could take place. Finally, two things were done: Sneha and Bunny were escorted away from the stage to a private room where they signed their marriage certificate. Next, they were sent away in a decoy vehicle which made the crowd disperse. After the crowd dispersed they returned to finish off the ceremony in a much more peaceful setting.”

Sneha, an engineer by qualification is the Director of an Engineering college owned by her family. For the wedding she wore a light pink and gold saree with traditional yellow gold and emeralds. Bunny wore a shiny white sherwani by JJ Valaya accessorised with a string of pearls. 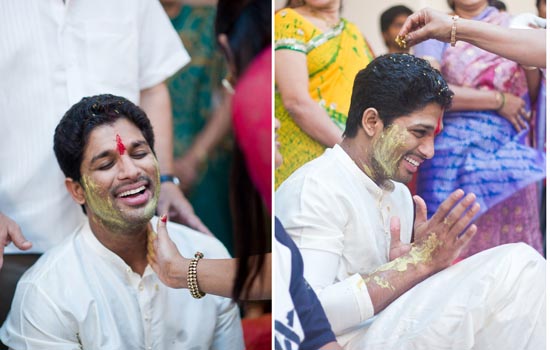 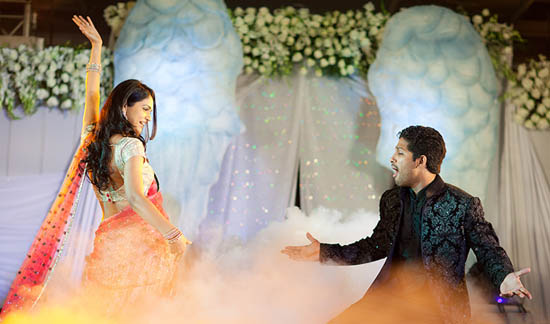 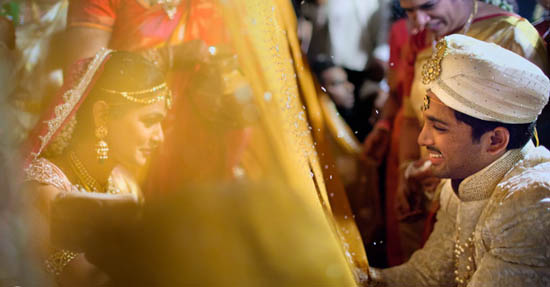 This entry was posted on Friday, March 11th, 2011 at 1:52:40 am and is filed under Celebrity News. You can follow any responses to this entry through the RSS 2.0 feed. Both comments and pings are currently closed.