Actress Gul Panag and her Groom on a Royal Enfield bike, have a blast on their wedding day

Actress Gul Panag tied the knot with Jet Airways Captain Rishi Attari, her classmate from Lawrence School, Lovedale. Gul, a sports enthusiast and adventure-lover has been dating Rishi for over a decade but their relationship has been hush-hush. Her wedding date was a secret, though it was not a very small affair. Over 200 family and friends were present at the traditional Sikh wedding in Chandigarh where Gul’s father former Army Commander Lt Gen Panag and her family live. Rishi’s family live in Amritsar and his father belongs to the family of famous warrior Sham Singh Attariwala, a trusted aid of Maharaja Ranjit Singh. 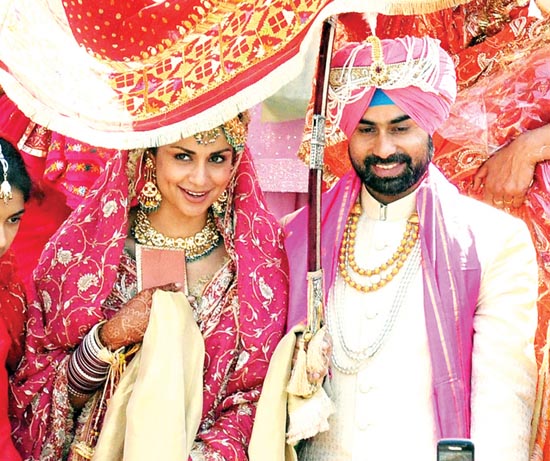 Here are more details on the wedding:

Just-wed Gul zipped away in a sidecar attached to a Royalenfield, which her groom drove after the couple tied the knot at the Gurudwara in Sector 12, Panchkula 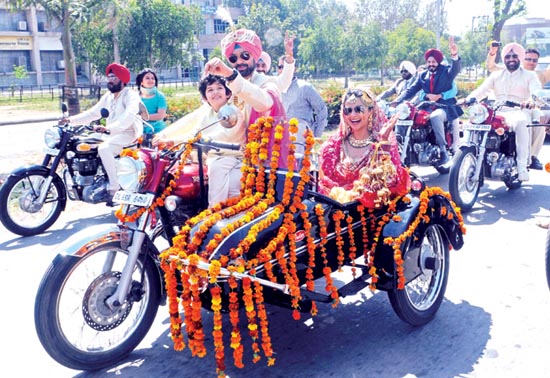 The media was kept away, but managed the capture the moments after the couple stepped out and drove on the Royal Enfields. Passer-by’s in Chandigarh stopped by looking surprised at what the newly-weds were upto! 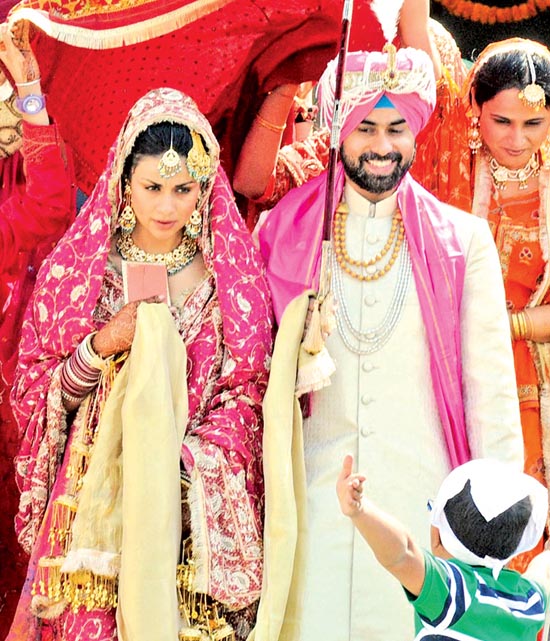 The wedding cavalcade drove in 10 brand new bullets and escorted Gul and Panag to the Bella Vista Hotel. Interestingly there were many women some even in their 60s who drove the 350 cc bikes ahead of the newly-weds. 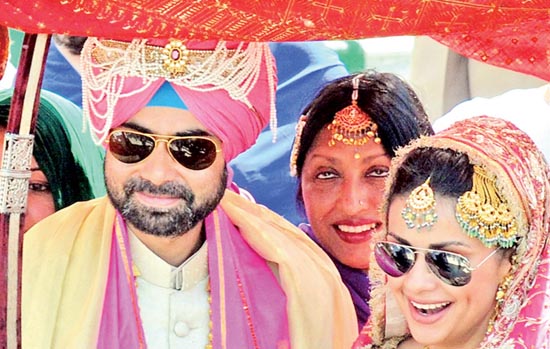 After the wedding everyone danced to the beats of a dhol outside the Gurudwara. Gul’s dear friend actress Koel Puri was quoted in a Chandigarh newspaper: “This is fabulous. I have never experienced something like this before,”

This entry was posted on Monday, March 14th, 2011 at 1:42:41 am and is filed under Celebrity News. You can follow any responses to this entry through the RSS 2.0 feed. Both comments and pings are currently closed.