This Maharashtrian-Moldovian wedding in Pune saw Chaitanya and Ana celebrate and honor both their cultures beautifully.

They were introduced by a common friend, but Ana and Chaitanya discovered they had a lot more in common. Their cross-cultural wedding in Pune incorporated rituals from their diverse cultures and capturing all the special moments for prosperity was WeddingSutra Favorite – Shutter Magik. Here are some highlights from this wedding. How They Met
Originally from Pune, Chaitanya made his way to Milan to pursue his graduation, followed by which he moved to the UK to start his career in the infrastructure banking sector. Two years later, Ana joined the same university that Chaitanya studied at and soon, she too was looking for a job in the same sector as Chaitanya. As fate would have it, a common friend asked Ana to get in touch with Chaitanya. And that’s how they met for the first time. 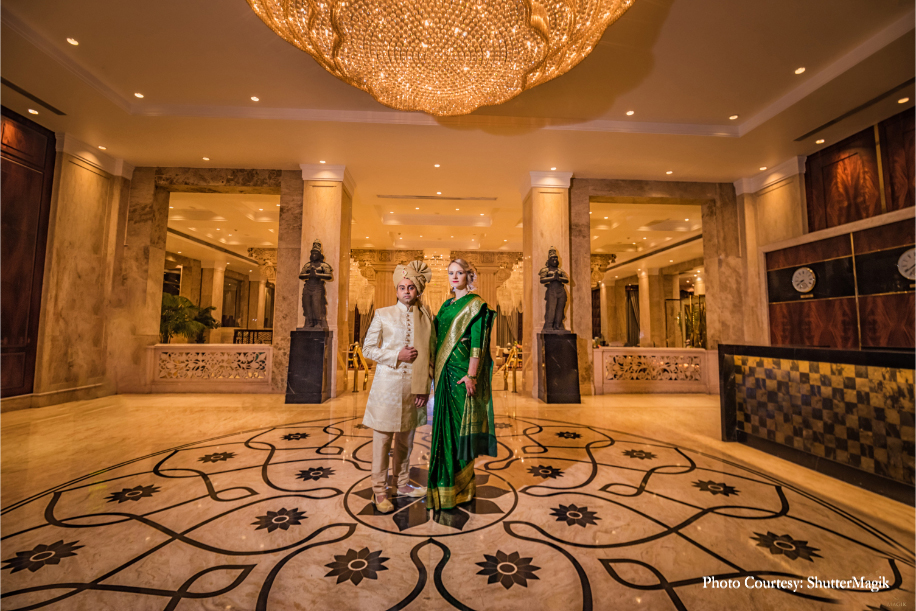 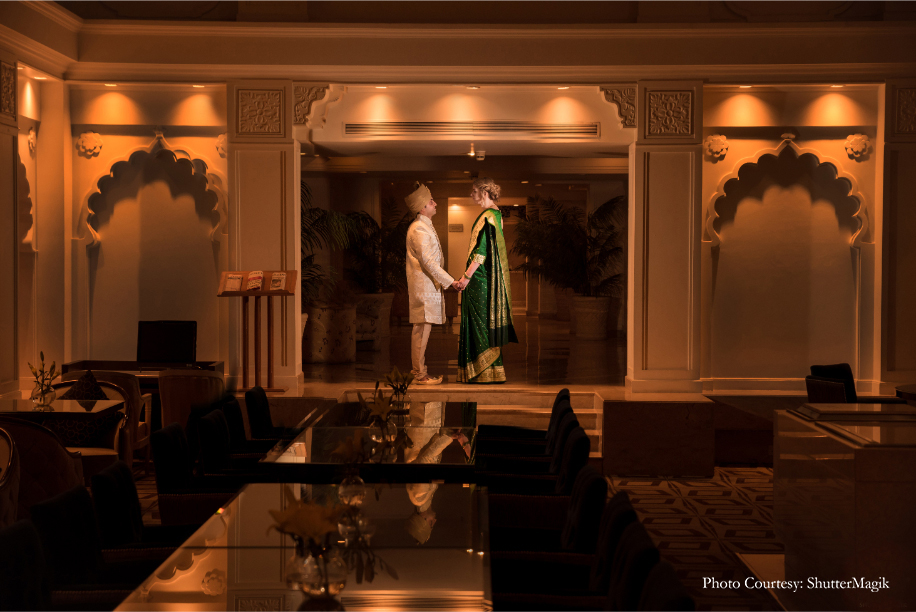 The Proposal
Once they began working together, Chaitanya and Ana spent more time with each other. Amidst the work and getting to know each other better, love happened! Chaitanya wanted the proposal to be one that Ana would cherish forever. Hence her birthday posed as the perfect occasion for him to pop the question.

Wedding
The wedding was an intimate and simple affair, with only close friends and family in attendance. The Maharashtrian nuptials saw Ana wearing a green saree which she paired with gold jewellery and green bangles while the groom wore a cream and beige sherwani. The bride and the groom each wore the traditional ‘mundavlya’ (a string of pearl and gold beads worn across the forehead by the bride and groom during the Maharashtrian wedding ceremony.) 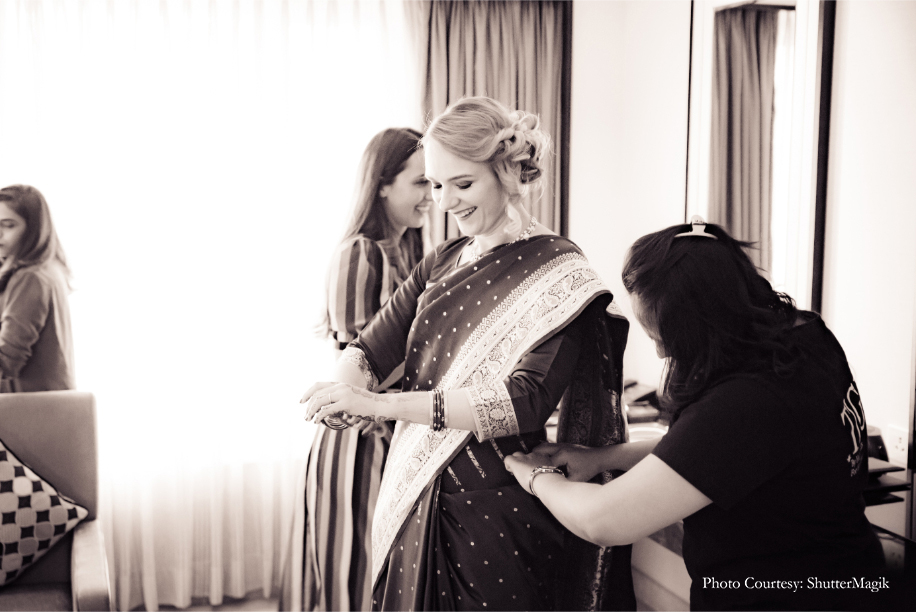 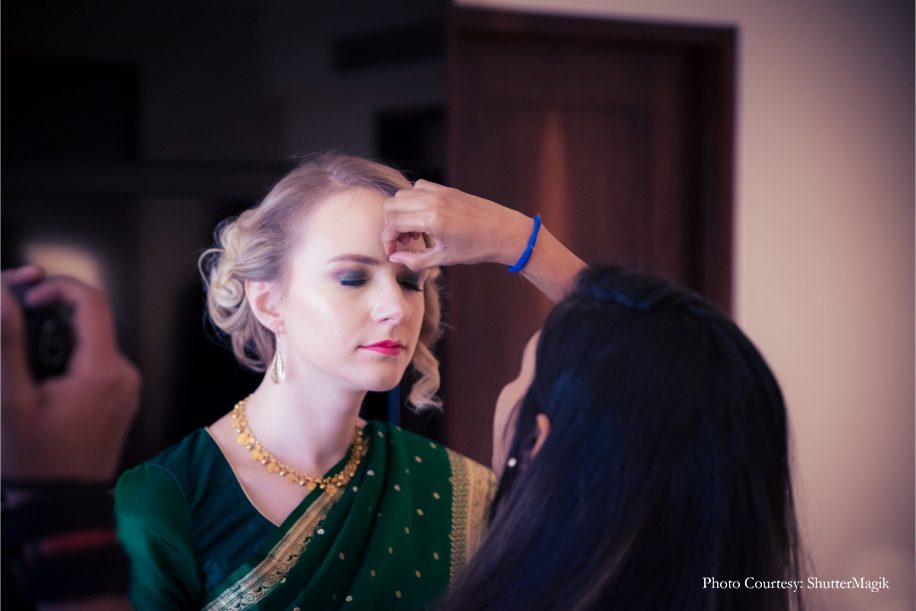 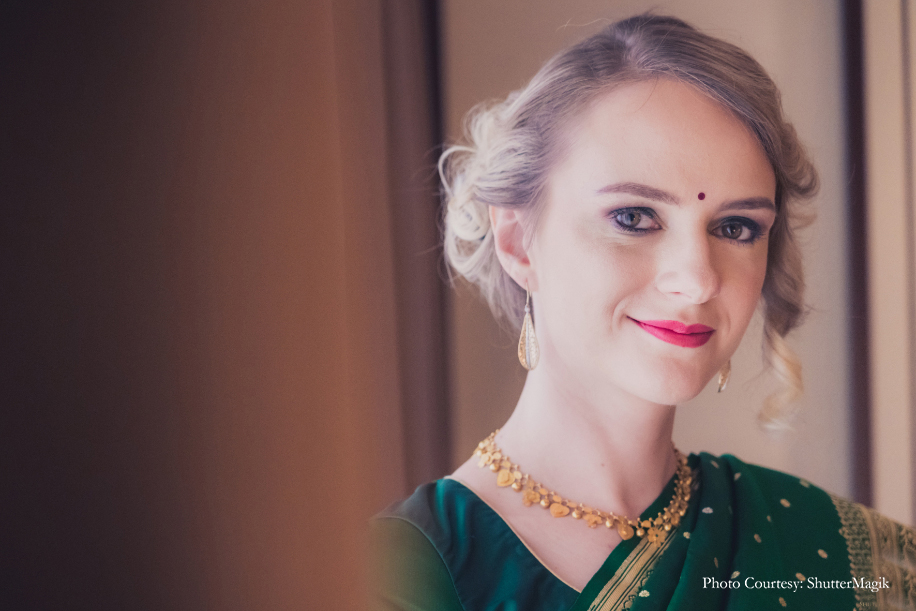 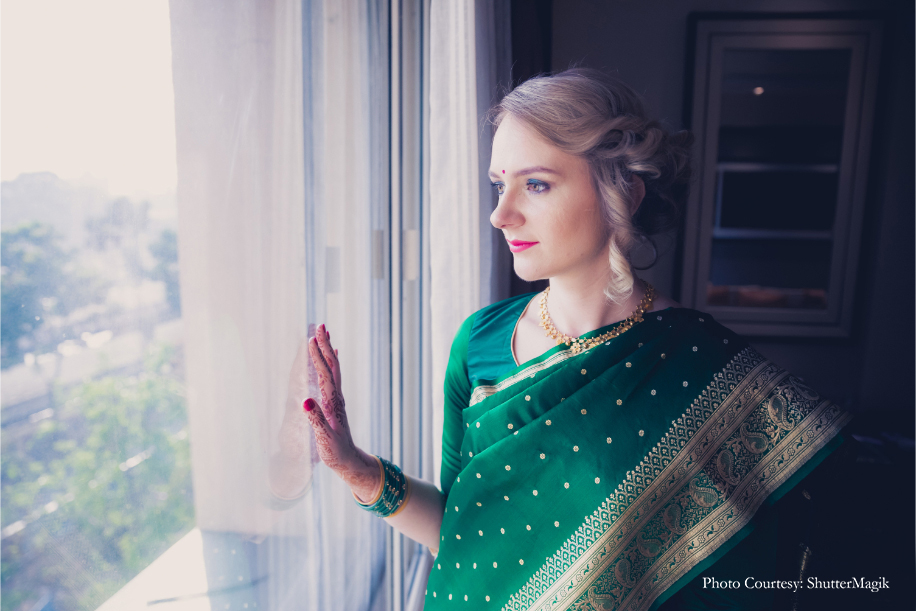 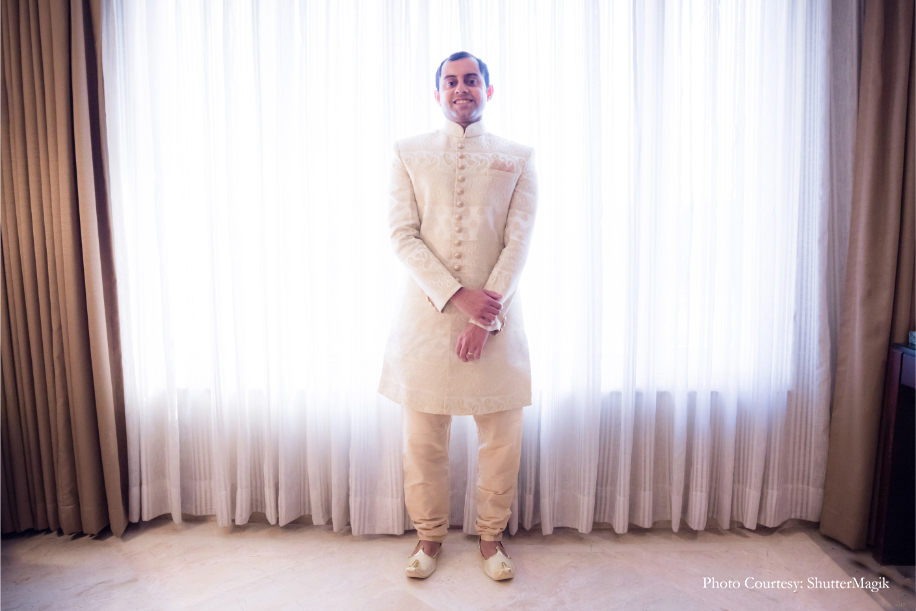 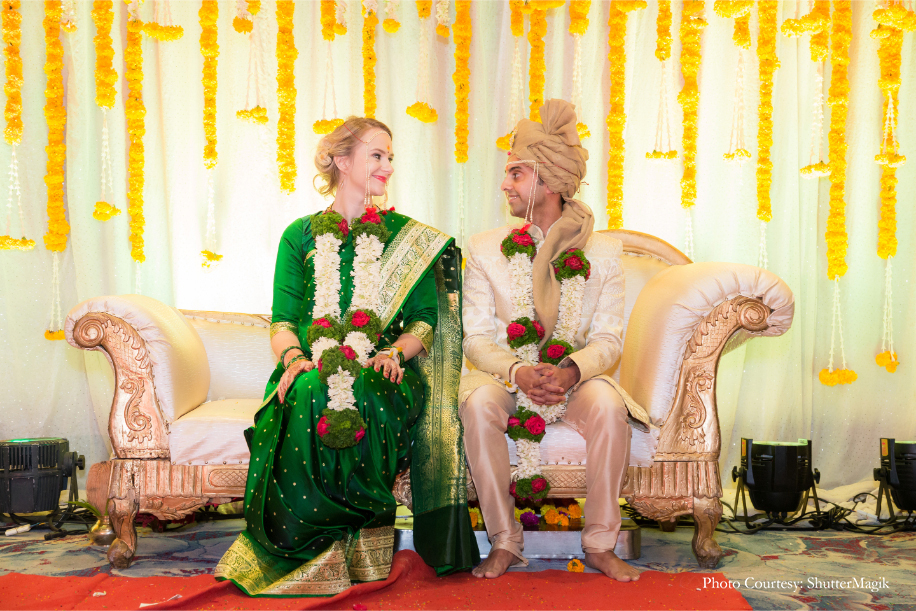 Moldovan Ceremony
The bride’s family also had a post-wedding Moldovan ceremony, where the family and friends dance around the bride first, and then around the couple. After that, they serve traditional Moldovan bread (Korovai), which is round and draped with a white cloth. It is then offered to everyone, and people have to take a piece of it and eat it. After this ceremony was over, the lights were switched off, music started, and then the dancing began! Cocktail Party
The wedding was immediately followed by a fun cocktail party to celebrate the special occasion. As family and friends gathered around and danced their hearts out, the couple too were seen getting into the groove. This entry was posted on Friday, May 31st, 2019 at 3:35:37 pm and is filed under Love without Borders. You can follow any responses to this entry through the RSS 2.0 feed. Both comments and pings are currently closed.