Love without Borders: Megan and Jess

Here comes the bride…. and HER bride. And they both look fantastic!

One of the best women fast bowlers in the world, Australian cricketer Megan Schutt tied the knot with her long-term partner Jess Holyoake on 30th March 2019 in a rustic-chic ceremony in a winery in the McLaren Vale region of South Australia. The lush environs set the perfect romantic ambience for the two beautiful brides to commemorate their love amidst their friends, family and several cricket personalities.
The couple met at the National Cricket Centre in Brisbane. Megan reportedly said, “I saw a cute girl behind the desk and I was like ‘I’m going to woo her’. So, I started flirting with her and I kind of got a little back and I was like ‘Hang on here’ and the rest is history. She texted me after getting my number out of the CA system. Which I found rather funny at the time! I was so impressed by it because I was like, ‘No one really asks for a number anymore’”. 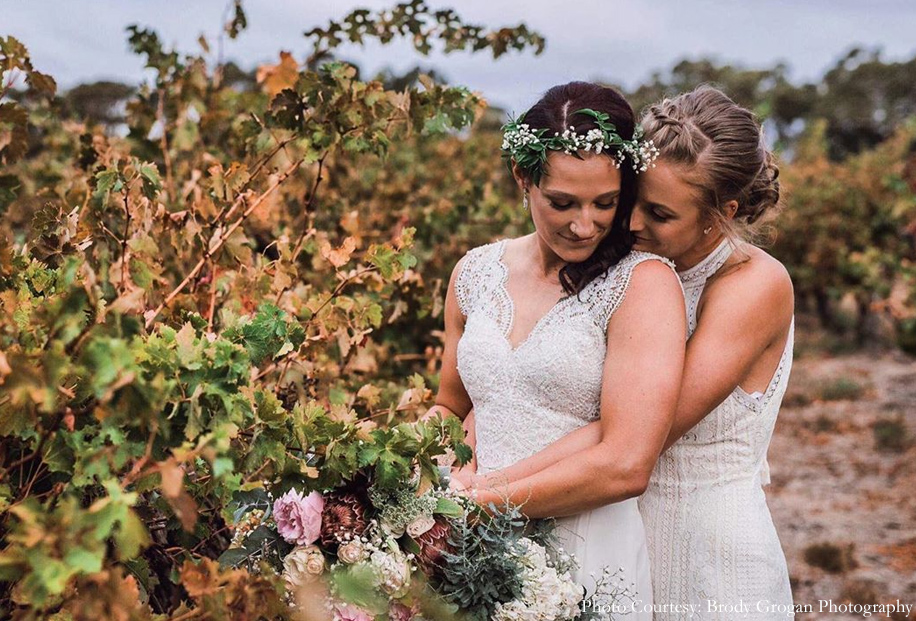 One of the most outspoken players about the cricket policies in Australia for women, Schutt has always been a prominent voice for legalizing same-sex marriage, using the power of social media to further the cause. She was also a keen campaigner ahead of the 2017 Australian Marriage Law postal survey which cleared the way for her to marry Jess.

When the law passed, Megan Schutt took to Twitter to announce the news of her marriage and termed it the best day of her life, and, something that completes her. She also expressed her pride in being part of something that changed the lives of so many people, making it a better world for the future.

Both brides looked enchanting in lacy white gowns and flowing romantic tresses, carrying bouquets of wild blooms as they said ‘I do’ under a quaint altar. The nuptials were followed by lively celebrations with their loved ones as they rejoiced the significance of their journey. Megan said, “Just to have that moment was so special, being able to call Jess my wife is a really important thing to me”. 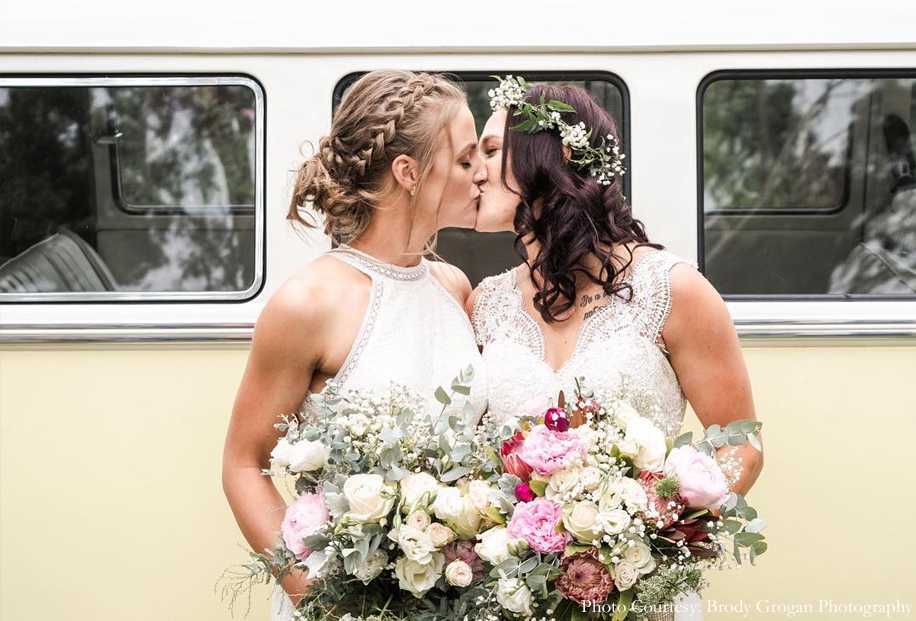 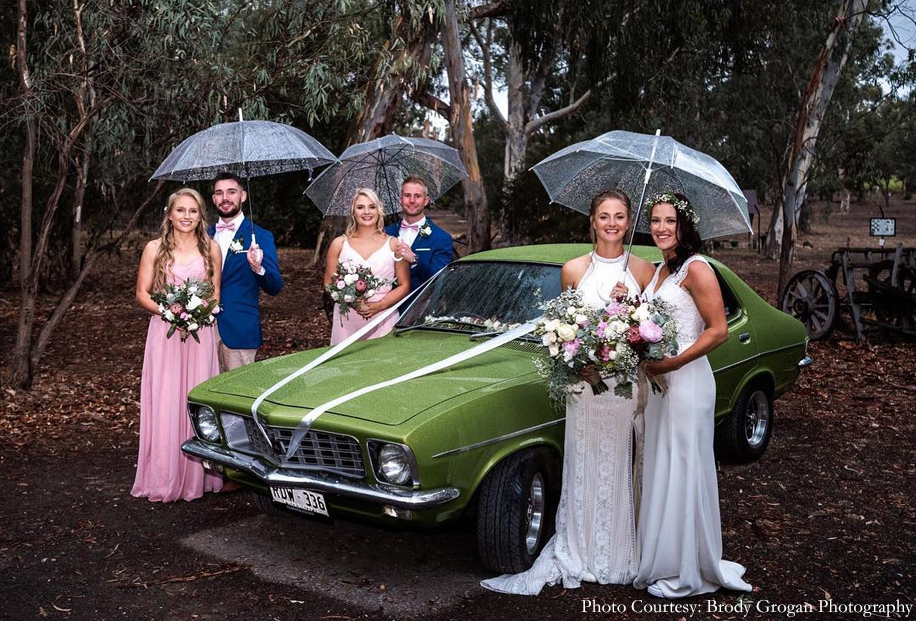 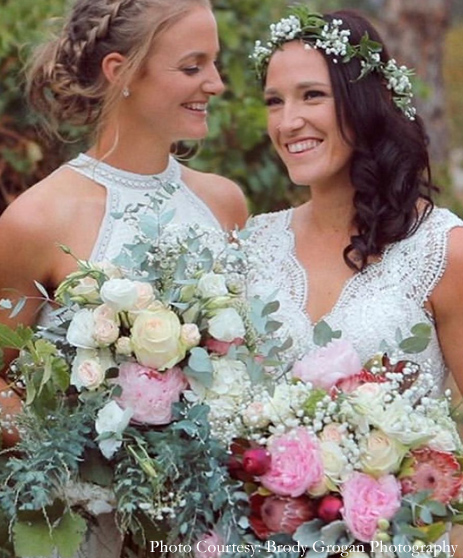 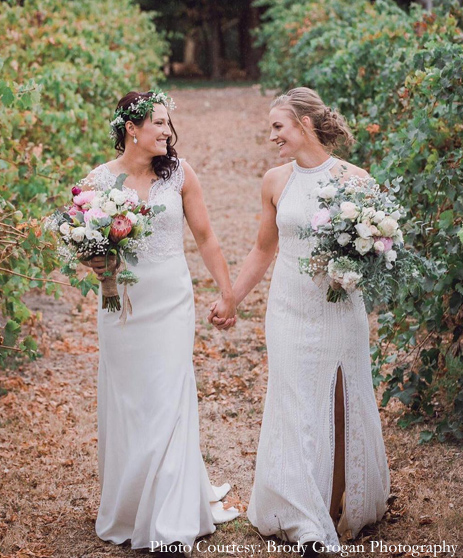 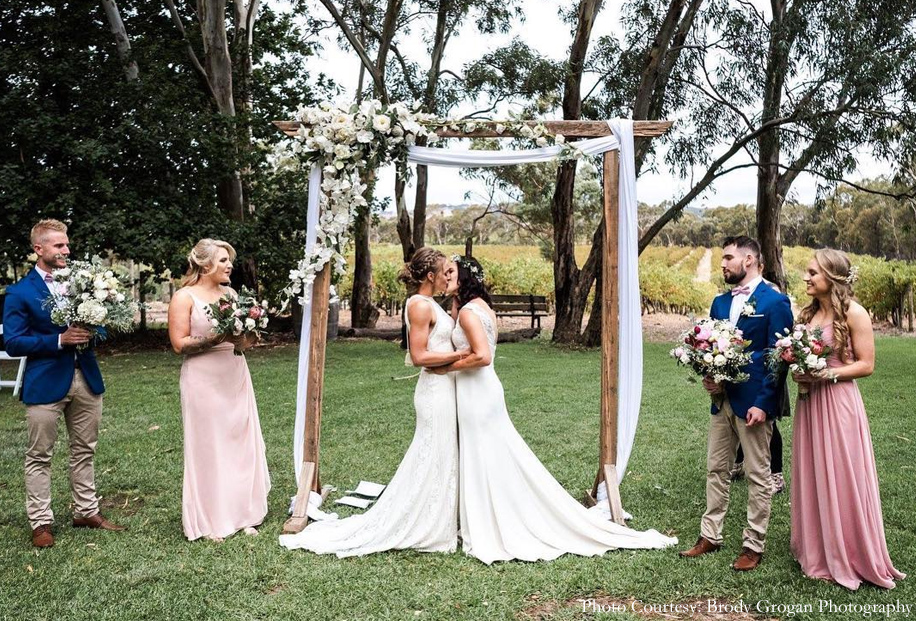 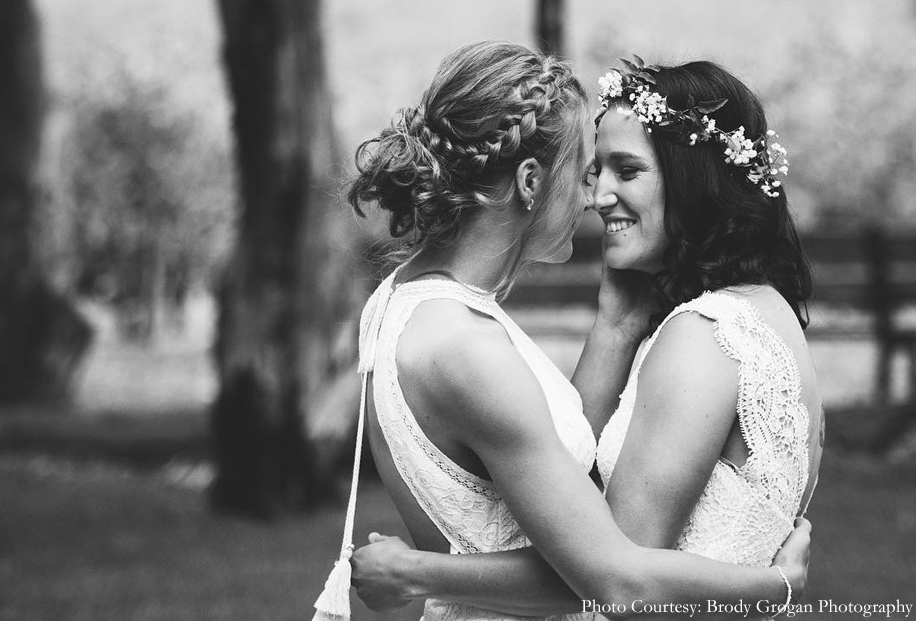 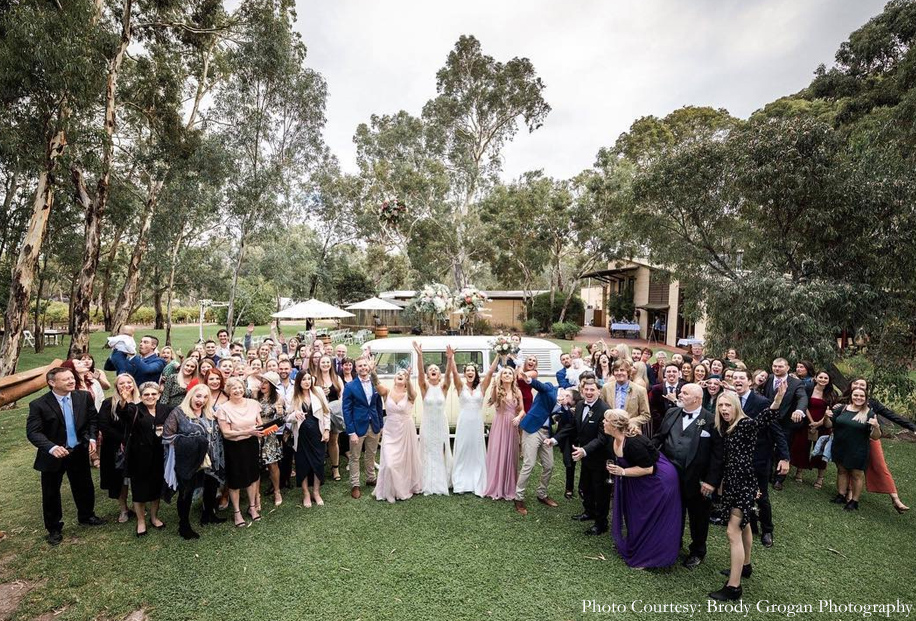 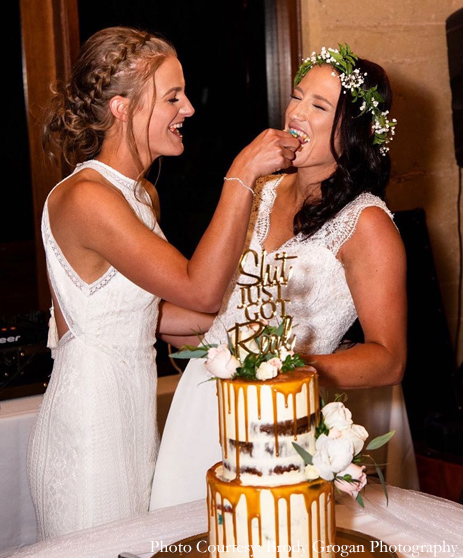 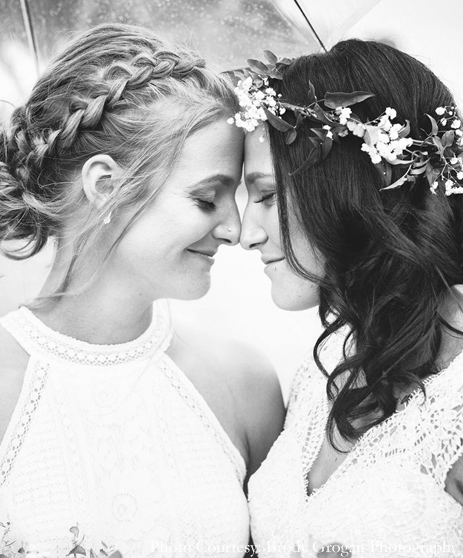 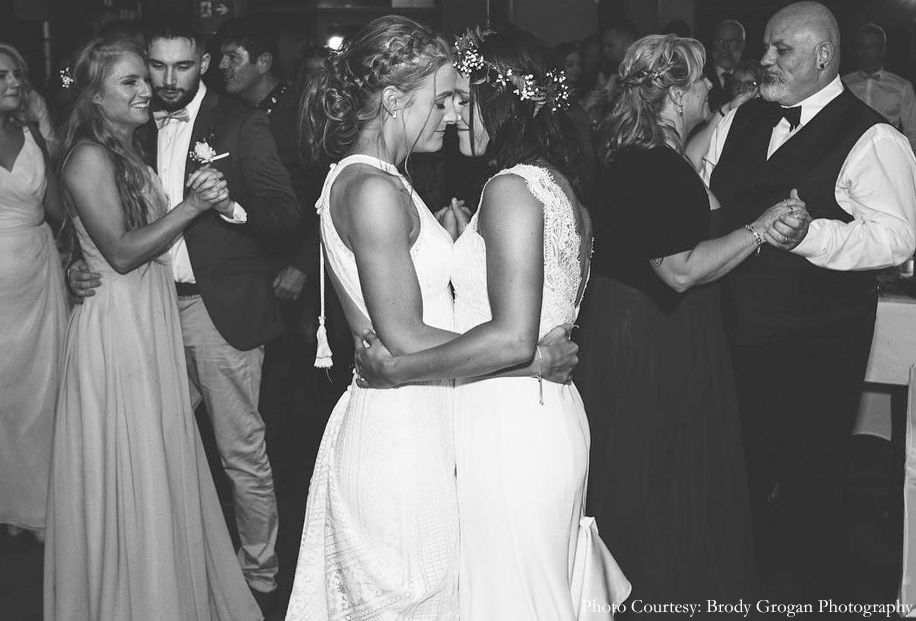 Amidst the worldwide lockdown, Megan shared a throwback picture of their wedding to celebrate their first anniversary and the power of persevering love over all else, with a post saying, “1st anniversary. Even in isolation, I have nothing but love for you. Best year of my life.” This entry was posted on Wednesday, April 15th, 2020 at 8:30:54 am and is filed under Celebrity News, Love without Borders. You can follow any responses to this entry through the RSS 2.0 feed. Both comments and pings are currently closed.