Visualise this: Ash-Abhishek and Salman Khan are in Hyderabad to attend Pinky and Sanjay Reddy’s daughter’s wedding on 11th and 12th June, the couple and Salman Khan are staying in the same hotel, and their suites are on the same floor! Sounds like a joke, doesn’t it, but according to a newspaper report this is true, and after Salman got to know about this he ensured the Reddys arrange for his stay at another hotel. We don’t believe that the Reddys and their super-efficient hospitality management team could have made such a slip-up, but whatever be the case, it makes for an interesting story ‘ex lovers almost bump into each other in Hyderabad’! 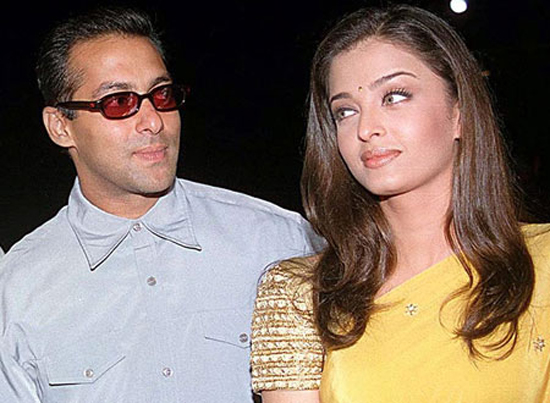 Salman-Ash won’t be the only Bollywood stars there, the Reddy’s have rolled out the red carpet for many Industry captains and A-list actors- Anil and Mukesh Ambani, Aamir Khan and SRK, Amitabh-Jaya Bachchan, Akshay Kumar, Katrina Kaif and Rani Mukerji. According to reports, the total number of outstation guests is 1200 and a special air-taxi service has been arranged for the three Khans and two chartered aircrafts have been kept on standby for special guests. All the stars will be put up at five different five-star hotels- Novotel, Falaknuma and the three Taj properties co-owned by the GVK Reddy group- Taj Krishna, Taj Banjara and Taj Deccan. The top floors of all the hotels are inaccessible for people without access cards and there are massive security arrangements at the airport and the wedding venues- GMR Arena and HICC where the theme and decor have been conceptualised by Pinky Reddy’s good friends, designer duo Abu Jani- Sandeep Khosla.

This entry was posted on Thursday, June 9th, 2011 at 1:42:09 am and is filed under Celebrity News. You can follow any responses to this entry through the RSS 2.0 feed. Both comments and pings are currently closed.