For the church wedding, Ayesha wore an elegant fusion dress; a white ensemble with a silk corset, an embroidered skirt and a dupatta style veil. She kept her make-up and hairstyle simple and her jewellery included a maangtika of white stones, a chunky necklace and long earrings. Robert wore a sherwani which Anil Dharker got made in Mumbai. Ayesha met Robert, a marketing director of a London-based company through a common friend. Best known for her role in Santosh Sivan’s The Terrorist, she will continue pursuing her acting career after a short break. 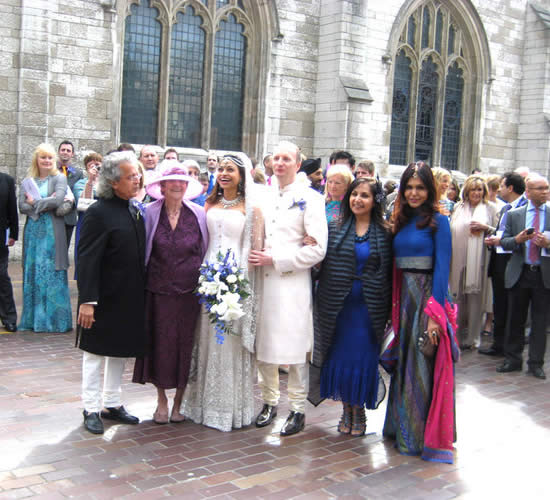 Robert and Ayesha with their parents and friend Nisha Jamvwal 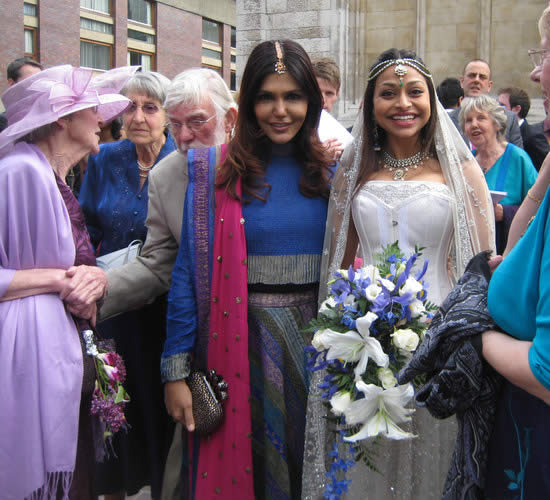 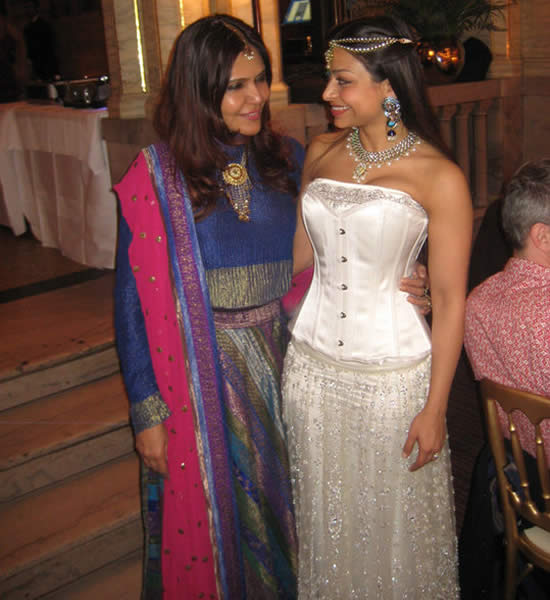 This entry was posted on Sunday, May 30th, 2010 at 11:57:19 pm and is filed under Celebrity News. You can follow any responses to this entry through the RSS 2.0 feed. Both comments and pings are currently closed.