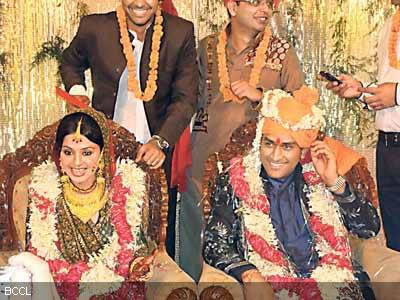 While everyone is happy to hear of cricket captain MS Dhoni’s new innings, his secret marriage has left some fans hurt. On social media they’re saying stuff like: “We feel bad- our favorite sportsman didn’t announce his wedding date”, “He is a big celebrity, so no privacy is a small price to pay—he shouldn’t have kept the date a secret”.

‘Secret’ marriages may be uncommon among sportsmen but they are very common in Bollywood. And hence they say Bollywood suffers from SMS- Secret Marriage Syndrome. Big B and Jaya had a secret wedding—on June 3, 1973. Saif Ali Khan and Amrita Singh got married at a friend’s place (it was reported their parents were against the marriage). Madhuri Dixit wed Sriram Nene at a secret wedding in US and then returned to India to host a grand reception at The Club, Mumbai. Akshay Kumar wed Twinkle Khanna at a flash wedding in designers Abu-Sandeep’s Juhu studio. Juhi Chawla kept mum about her marriage to industrialist Jay Mehta and announced it only after she was pregnant. 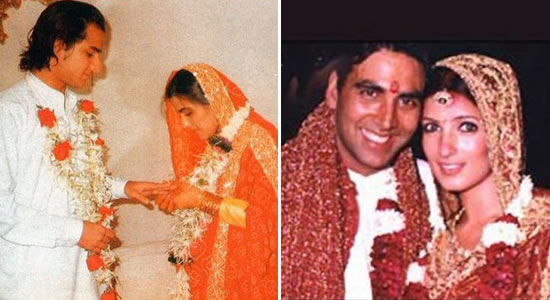 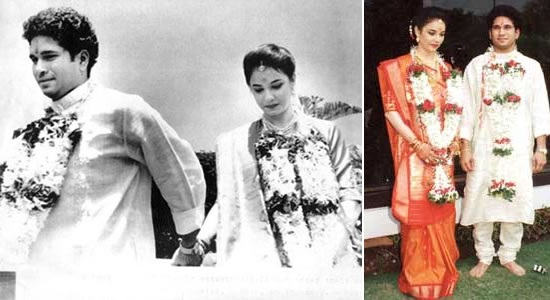 When Sachin announced his engagement to Anjali Tendulkar in 1994, the very private couple managed to stay away from the media glare for a year, until they got married at the Jewel of India, Worli in 1995. Though the press was not allowed in, after the ceremony the smiling couple posed for hundreds of waiting photographers and camera-men. Today, as we view all the news headlines featuring the wedding of India’s most eligible bachelor we fondly recall reading the same headlines mentioning India’s then most eligible bachelor— Sachin begins a new Innings, Sachin bowls a maiden over, Prized Catch!

We at WeddingSutra believe, whoever the couple may be, it’s their choice on whether to have a ‘Secret Marriage’ or a ‘Big Fat Marriage’. On their special day we wish them well, and lots of happy times together.

This entry was posted on Sunday, July 4th, 2010 at 10:31:13 pm and is filed under Celebrity News, Wedding Planning. You can follow any responses to this entry through the RSS 2.0 feed. You can leave a response, or trackback from your own site.