Danesh, son of Veteran actor Boman Irani married Reah Cama at a traditional Parsi Wedding at the Agiary in Colaba, Mumbai on 17th November. The Iranis and Camas hosted two receptions- the post wedding reception was at lawns of the Agiary. The second reception for the Bollywood fraternity was at Reah’s sprawling bunglow ‘Adenwala Mansion’ in Nana Chowk on 20th November. Layla, the Irani’s pet-labrador looked regal in a brocade jacket and diamante-studded collar and welcomed the guests at the entrance! Immediately after the celebrations Boman Irani tweeted: “Tired! Clothes stained, jaw hurt from smiling, voice lost saying ‘thanks for coming’! Feet swollen, could not sleep! But feeling great!”

Danesh, 26 and Reah, 31 have been dating since over four years. Danesh is an Event Consultant in Dubai, where he specialises in Bollywood-related events. Reah hails from a highly distinguished Parsi family and she was working with a Dubai-based retail chain. 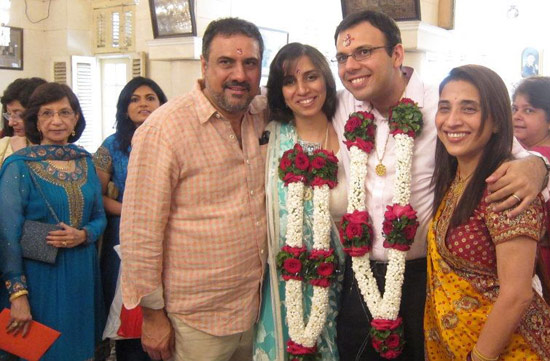 The newly weds with Zenobia and Boman Irani 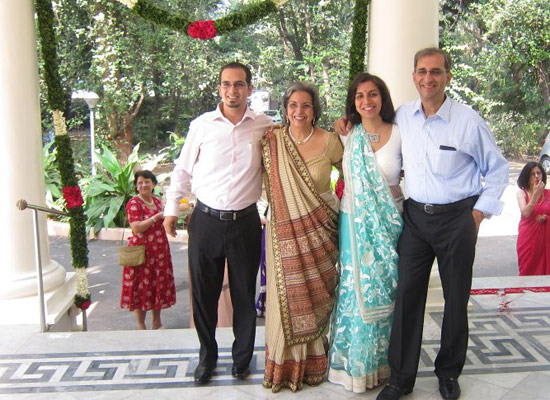 This entry was posted on Monday, November 21st, 2011 at 3:12:56 am and is filed under Celebrity News. You can follow any responses to this entry through the RSS 2.0 feed. Both comments and pings are currently closed.