These celebs show us how to pull off a ‘flash’ wedding…

Pulling off a wedding in secret for A-list celebrities is no easy feat. Once the media gets wind of it, the Great Wedding Watch begins. However, some celebrities in Bollywood and Hollywood have managed to tie the knot so quickly and discreetly, that no one had a clue! Check out celebrity couples who had secret or quick weddings which the paparazzi, gossip press, and even their most ardent fans had no clue about.

Neha Dhupia and Angad Bedi
Neha Dhupia secretly tied the knot with boyfriend Angad Bedi in a hush-hush wedding on May 10, 2019, and it was nothing short of a surprise for everyone. Away from the glam and glitz, the actors said ‘I Do’ in an intimate Sikh style ceremony in New Delhi with just their nearest and dearest in attendance. Akshay Kumar and Twinkle Khanna
The two got married on January 7, 2001, at designer duo Abu Jani and Sandeep Khosla’s residence, who the Bollywood power couple consider close friends. Around, 50 people turned up in two hours! Bollywood actor Aamir Khan, politician Amar Singh, and renowned director Dharmesh Darshan attended the celebrations. And, it took a lot of time for people to digest the fact that the two were actually married! 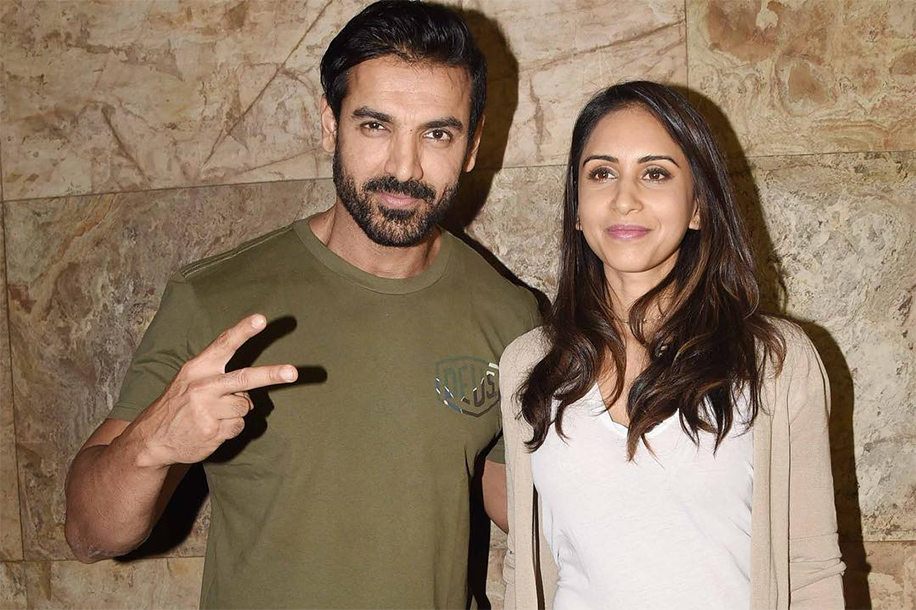 Peter Haag and Celina Jaitly
Celina Jaitly broke the news of her marriage with Peter Haag on Twitter. The actress revealed the news after a month of her tying the knot. They got married on July 23, 2011, at a 1000-year-old monastery in Austria. 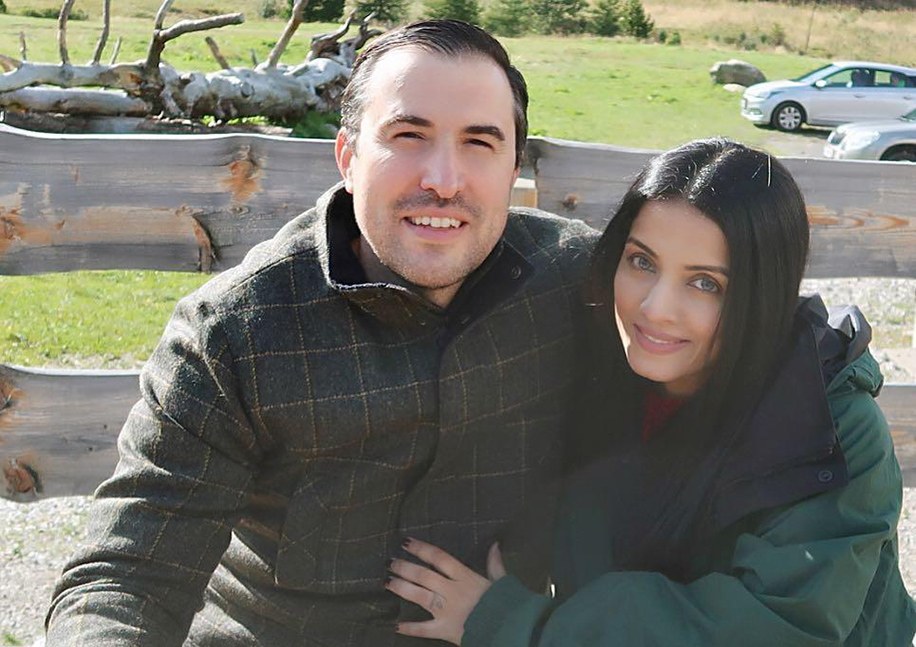 Daniel Craig and Rachel Weisz
Less than six months after they started dating, the two wed quietly in New York in 2011. Calling them “one of the most private couples in Hollywood,” the event was attended by his daughter, her son, and two family friends. The couple reportedly wanted “minimum fuss” — and certainly achieved that goal, emerging from the affair with little more than post-wedding publicist confirmations. Vir Das and Shivani Mathur
Stand-up comedian and actor, Vir Das, secretly married his long-time girlfriend, Shivani Mathur, in Sri Lanka on October 19, 2014, after five years of courtship. Their marriage came into the limelight exactly after a month when their wedding pictures surfaced on social media.
Talking about the affair Vir said, “We wanted to have to have a small ceremony for our wedding, so there were only about 100 people, comprising our family members and close friends. I preferred my wedding to be a quiet affair. The rule at the wedding event was that everyone switched off their smart-phones to spend quality time with each other.” 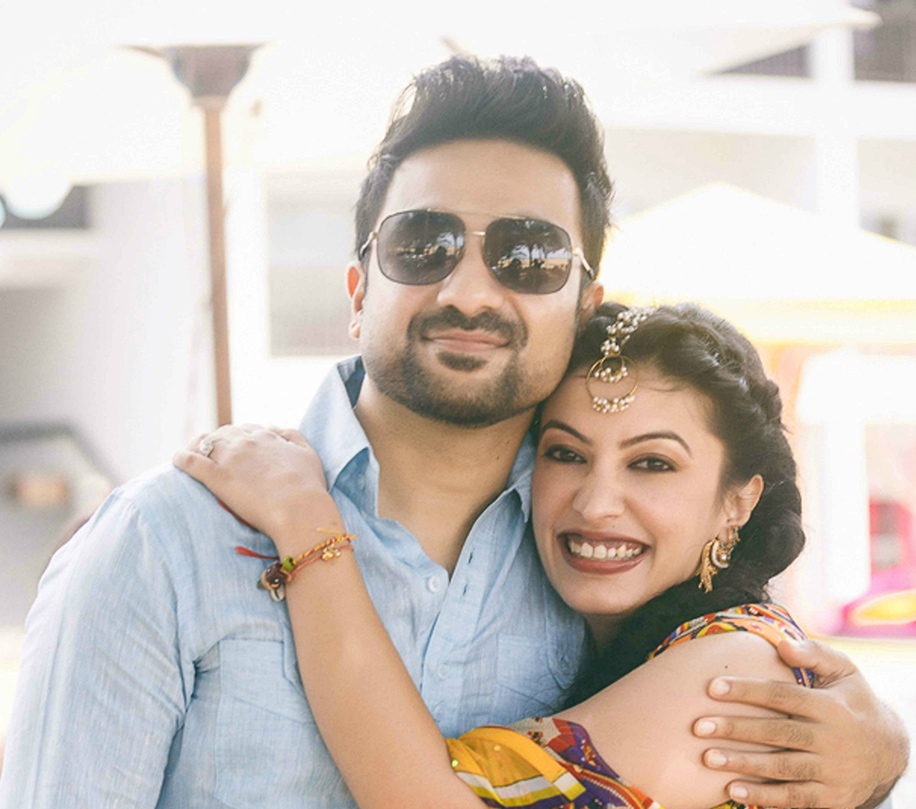 Aditya Chopra and Rani Mukerji
Their relationship was the talk of the town for many years. But, the news of Aditya Chopra’s secret marriage with Rani Mukerji in Cortona, Italy, on April 21, 2014, left everyone astonished. While many said their destination wedding was being planned for weeks, some called it a spur of the moment decision that was taken during their Italian holiday. Their wedding was allegedly attended by just 20 people. In fact, Karan Johar and Vaibhavi Merchant were the only B-town celebs who were invited. It was reported that Aditya had meticulously planned all the details of the wedding, which was conducted in a traditional Bengali manner. 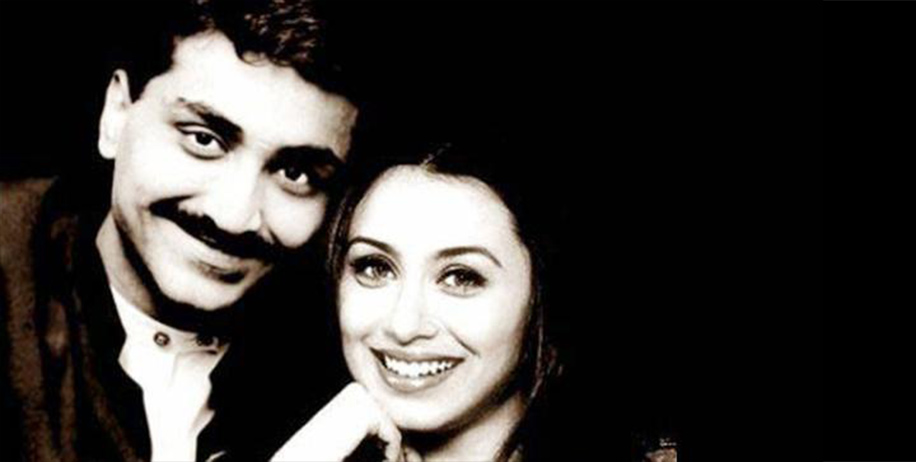 Matt Damon and Luciana Bozán Barroso
Matt Damon’s publicist confirmed to ‘People’ magazine that the action star and Luciana Bozán Barroso wed in a private civil ceremony inside New York’s City Hall with just one known guest: Luciana’s young daughter from a previous marriage. The reason for the secrecy was because the press caught wind of their plans to wed in Miami, where they lived at the time, so they decided to fly to NYC where no one was expecting them and just “nip it in the bud,” Damon is reported to have said. 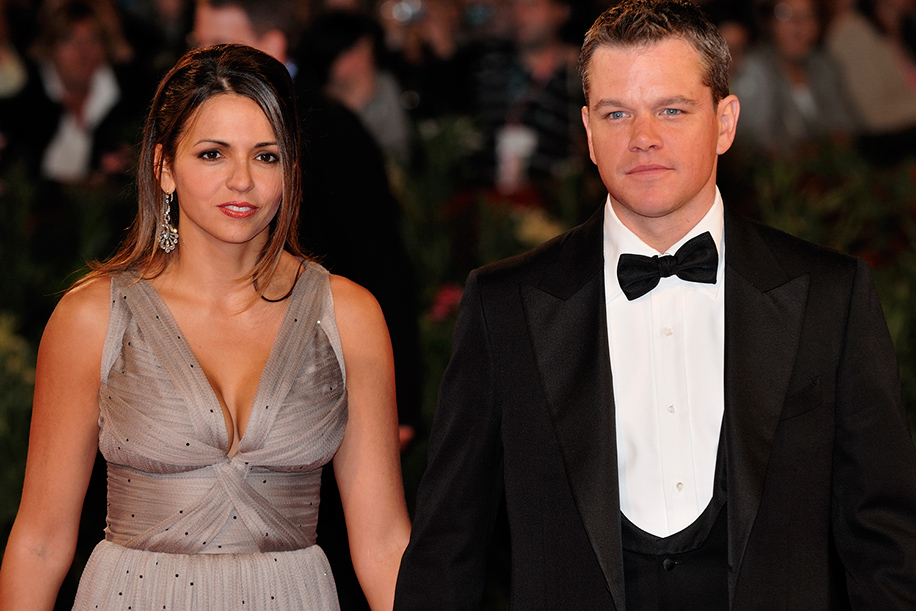 Urmila Matondkar and Mir Mohsin Akhta
The 90s ‘Rangeela’ girl, Urmila Matondkar wed Kashmiri businessman and model, Mir Mohsin Akhtar in a hush-hush private ceremony on March 3, 2016, at Urmila’s residence. Only family members and close friends were invited to the wedding. The world came to know of it when she issued an official statement confirming her marriage, and designer Manish Malhotra posted a congratulatory message for her on his Twitter account. 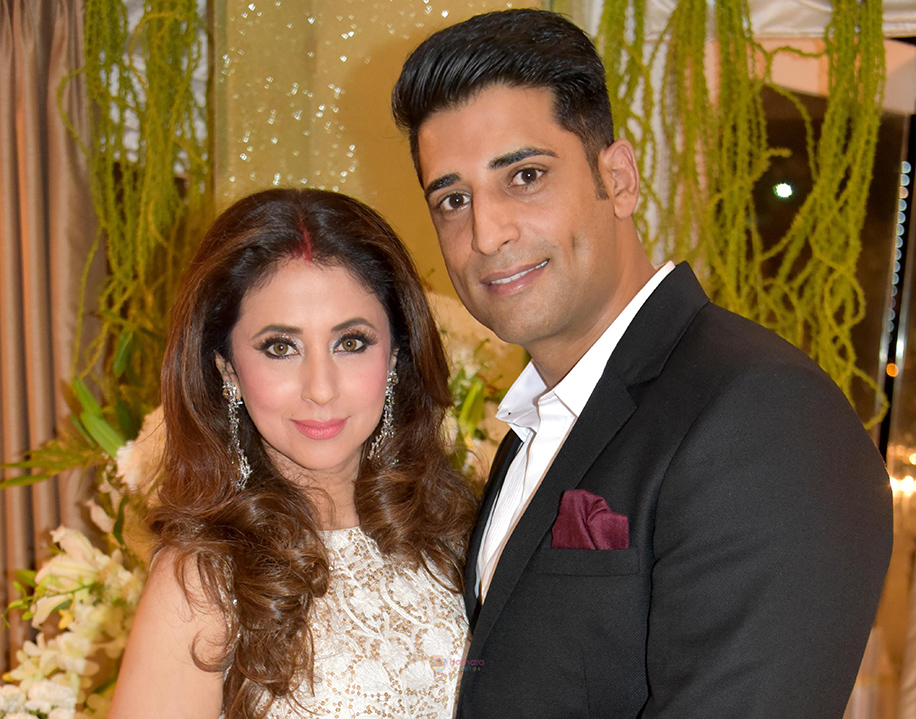 Manoj Bajpayee and Shabana Raza
Manoj Bajpayee and his wife Neha got married secretly in April 2006. And if reports are to be believed, even Manoj’s parents were unable to attend their wedding due to such short notice. Theirs was a very low-key affair wedding, and not many from the Bollywood industry were invited. 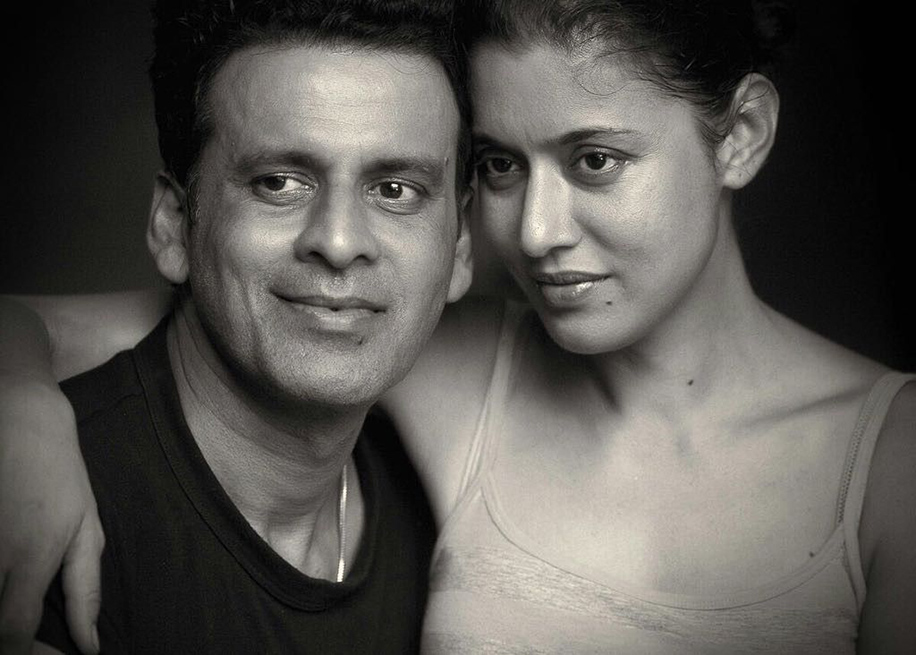 Surveen Chawla and Akshay Thakker
‘Hate Story’ fame actress, Surveen Chawla took to Instagram one day to announce that she is married. In fact, Surveen and Akshay had been married since 2015. A source close to the couple shares, “Surveen met Akshay through a common friend in 2013, and soon after, they fell in love. They got married in 2015, with only family and industry friends in attendance. It was Surveen’s dream to have a white wedding in a chapel located in a picturesque castle, and Italy seemed like an apt choice. Surveen and Akshay were waiting for the right time to announce the wedding and had planned to do so in January 2018.” 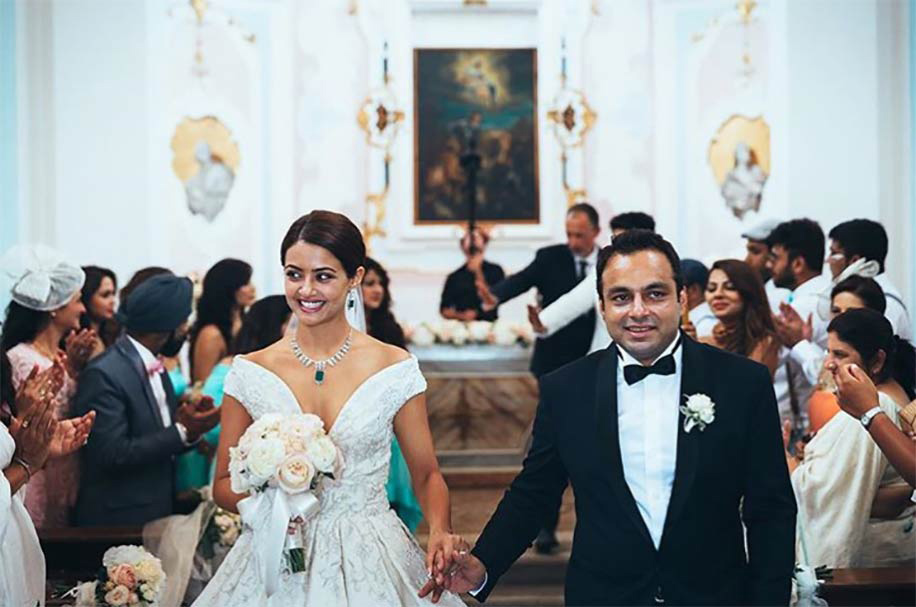 Ed Sheeran and Cherry Seaborn
Ed Sheeran likely tied the knot with his longtime love, Cherry Seaborn, sometime in 2018. The singer began wearing a band on his ring finger shortly after they announced their engagement but didn’t officially confirm their marriage until July 2019. Sheeran confirmed that he and Cherry had tied the knot in December at their home in Suffolk, England, in front of 40 friends and family members, just a few days before Christmas. Sources reported, “It was very quiet — just Ed’s oldest school pals, limited family, and the priest. He wanted no fuss and he wanted it to be something entirely for them — just a tiny winter wedding … Neither of them was that fussed about making a big deal about it.” 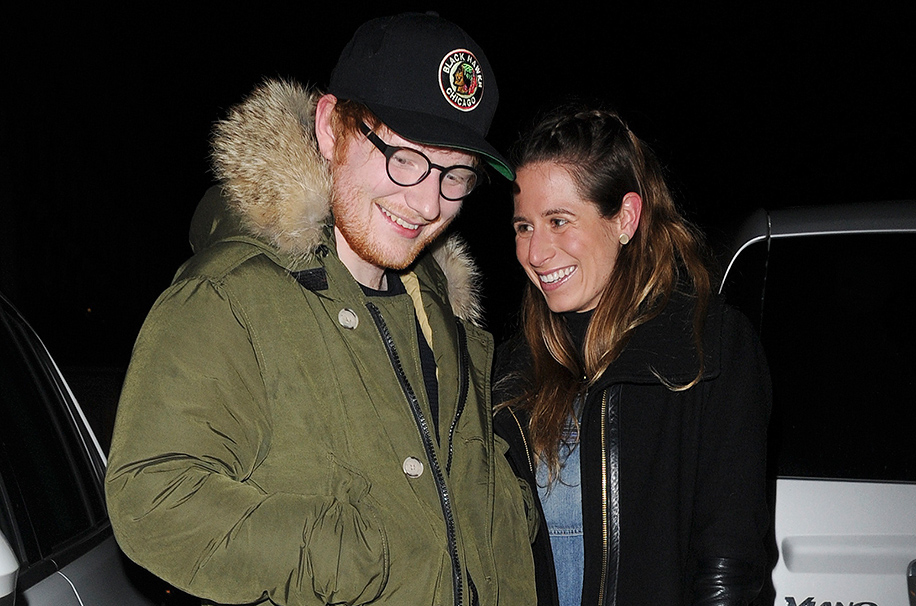 Kate Winslet and Ned Rocknroll
Kate Winslet married her third husband Ned Rocknroll at a secret wedding ceremony so discreet that even their parents were reportedly unaware of the nuptials. The wedding took place in a converted barn and was attended by just six friends from each side. Kate’s children Mia and Joe, from her previous marriages to film directors Jim Threapleton and Sam Mendes, were also there. Kate’s best friend and Hollywood superstar Leonardo DiCaprio gave the beaming bride away. 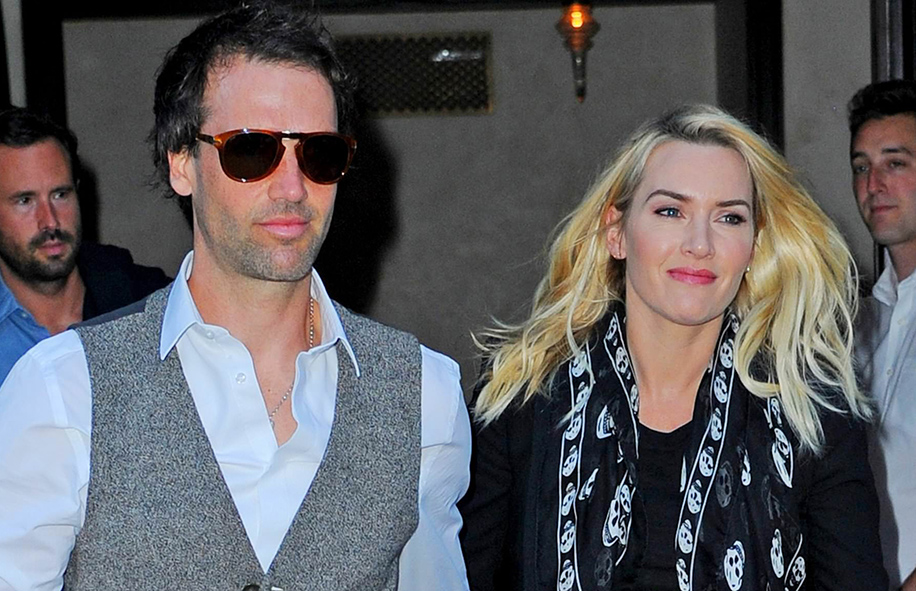 Blake Lively and Ryan Reynolds
Although they love to publicly troll each other, this power couple of Hollywood didn’t share much about their September 2012 wedding ceremony, which took place in Mount Pleasant, South Carolina. The couple met on the set of the movie ‘Green Lantern,’ and speculation that they were dating in real life arose in 2011. Considering that they never even revealed that they were engaged, news of their wedding was a pleasant shocker for everyone. The couple still hasn’t posted any wedding photos to date. This entry was posted on Monday, November 25th, 2019 at 11:25:24 am and is filed under Celebrity News. You can follow any responses to this entry through the RSS 2.0 feed. Both comments and pings are currently closed.