A surprise proposal planned from the heart and involving street art!

Somewhere between spending time together at the university library and going out on endless dates, Nikita and Nitin fell in love with each other. Nitin wanted to take things a step further for her in a manner that would impress her and decided on a surprise wedding proposal in Melbourne. Find out more below. 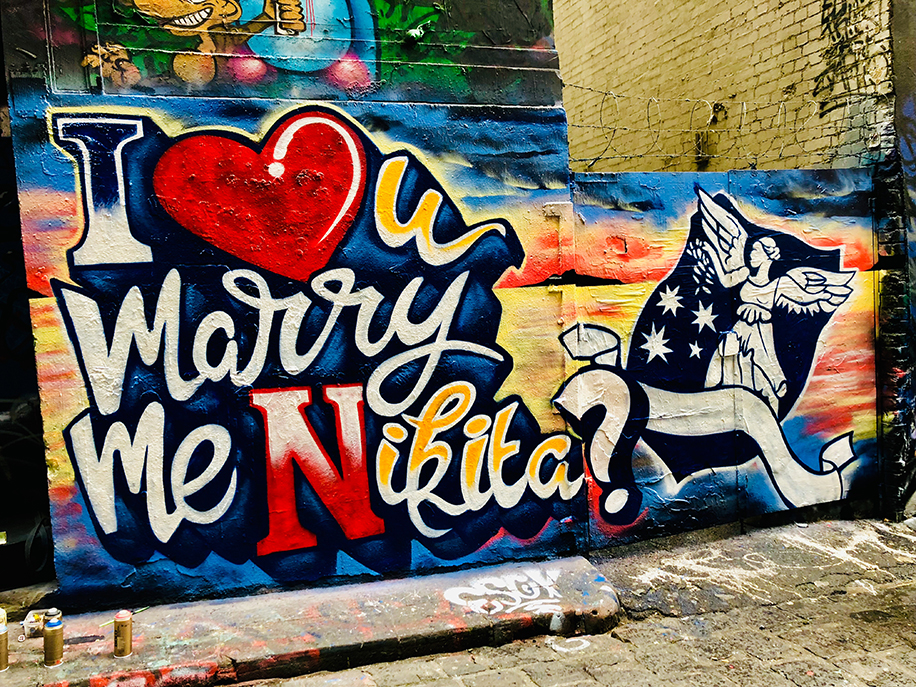 “Nikita and I met on the first day of college while pursuing our Masters from the University of Melbourne, Australia. From being batchmates to soulmates, our love story started when we spent time together at university, and just blossomed from there on,” shares Nitin.

Nikita adds, “Being a big Bollywood fan, I had always dreamt about a larger than life marriage proposal. Being vocal about my childhood dreams with Nitin, I had dropped subtle hints to him saying that if he ever plans on proposing to me, I’d love to have it in a unique way that I have never witnessed before. Nitin to turn my dream into reality went all out and professed his love for me on the streets of Melbourne. 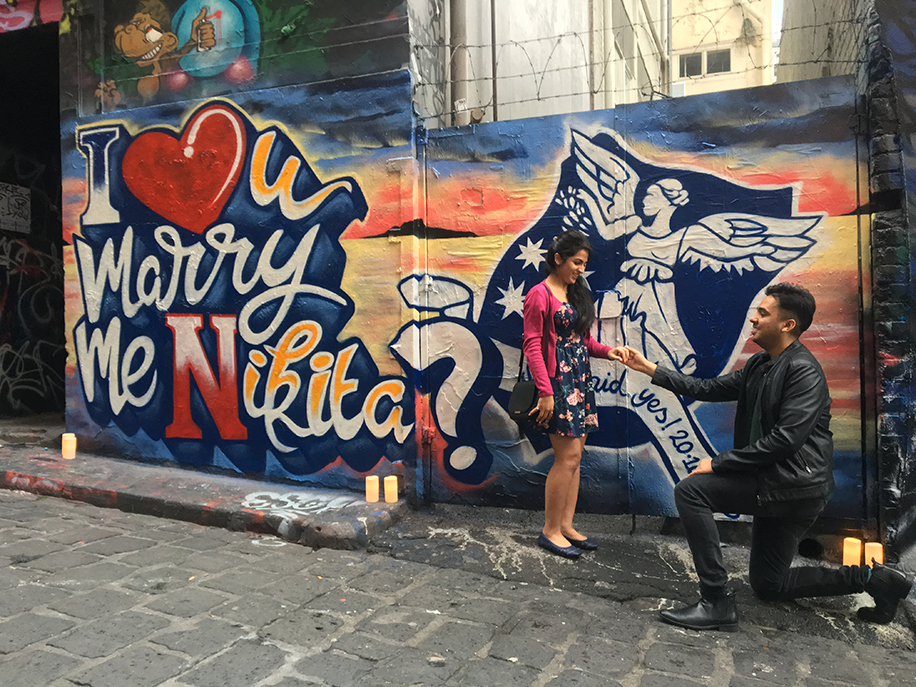 “He managed to make me jump with joy (literally) upon seeing a beautiful graffiti art proposal in Hosier Lane, which is one of the iconic lanes in Melbourne. It was a casual Saturday afternoon, and we were roaming on the streets when we went past the graffiti wall. He then took a halt and pointed towards the graffiti with a beach in the background showing a sunset and had ‘I love you. Marry me Nikita?’ written on it. On the other wall was the University of Melbourne’s logo painted with an empty banner below it. There was a live graffiti artist present, and as soon as he went down on his knee, with a ring in his hand, I jumped with excitement and immediately said ‘Yes.’”

“The graffiti artist recorded the whole proposal while playing the most romantic song filmed on Shahrukh Khan called ‘Janam Janam’ from the movie ‘Dilwale’ to which we danced. He then painted ‘She said Yes’ with the proposal date on the banner. It was a proposal beyond my imagination, and I loved how Nitin chose art to express his love. We spent the rest of the evening staring at the graffiti while holding each other’s hands.” 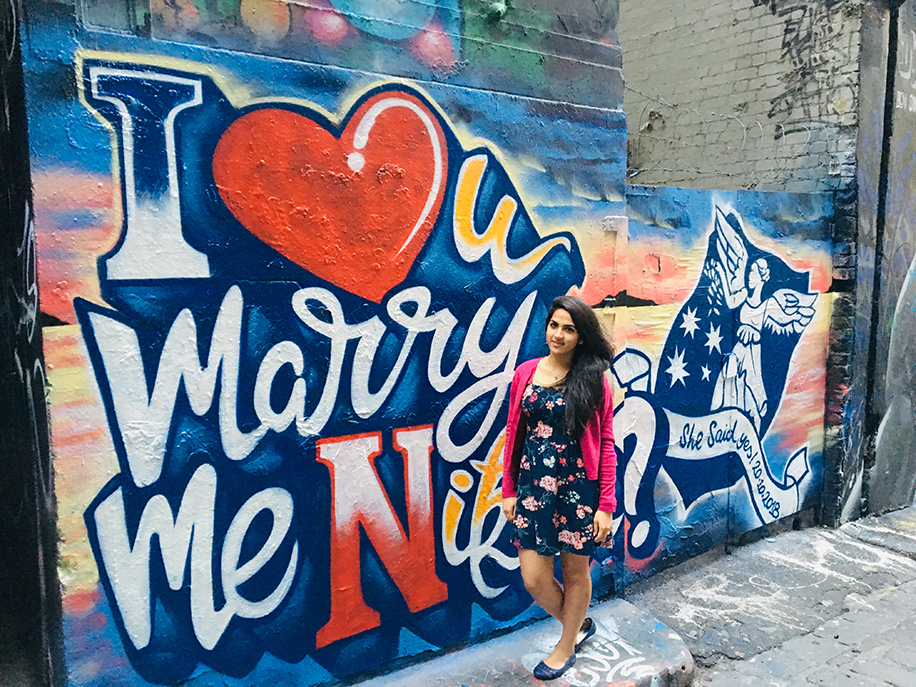 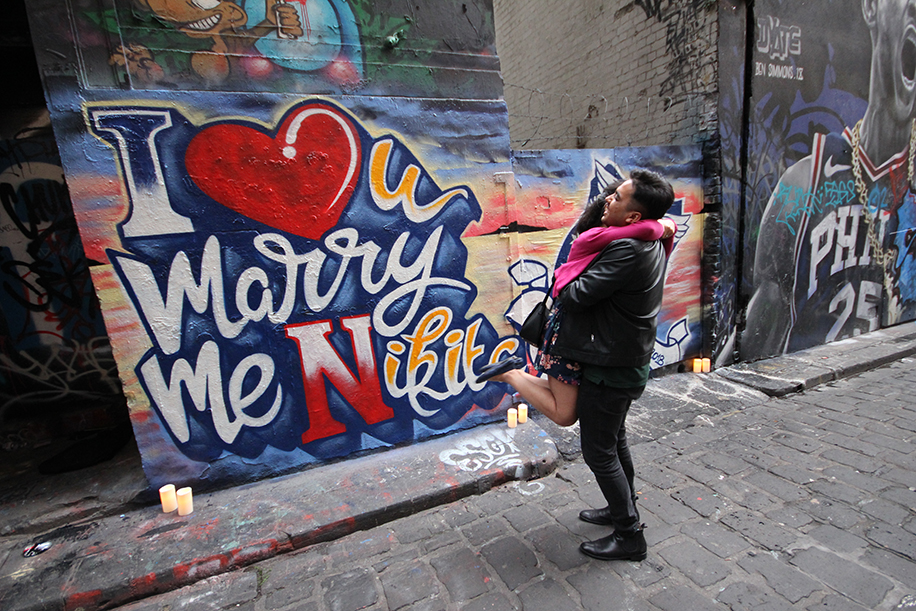 This entry was posted on Friday, March 20th, 2020 at 8:06:39 pm and is filed under Wedding Proposals. You can follow any responses to this entry through the RSS 2.0 feed. Both comments and pings are currently closed.