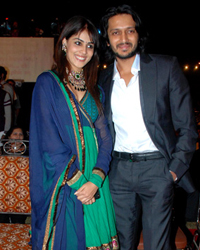 Genelia D’Souza and Riteish Deshmukh’s wedding is going to be a ‘Grand’ affair literally. The Bollywood stars wedding celebrations are at Mumbai’s Grand Hyatt Hotel. While media reports state the ceremonies are between February 4th and 6th, sources from the Grand Hyatt indicate it is sometime around that time. While it is unlikely that the family will hire a Wedding Planner, they haven’t finalised on the company that will manage the set-ups and decor; and some of Mumbai’s best Wedding Decorators are making all efforts to get a link to Maharashtra’s most prominent political family. Grand Hyatt of course is deluged with requests from wedding vendors, and calls from the media; keeping in mind all the security and privacy issues the General Manager and core team have put together a detailed instructions manual for all the teams– so for as long as possible, they’d even like to keep the date a ‘secret’.

Earlier Riteish’s eldest brother Amit, got married at Grand Hyatt and soon after Riteish’s marriage, his elder brother (Dheeraj) will marry Honey who is Producer Vashu Bhagnani’s daughter. In 2009 Shilpa Shetty’s wedding reception was held at the Grand Hyatt Ballroom. But the most spectacular yet elegant wedding that took place at the Hotel was in 2010, when the Hotel owner Arun Saraf’s son Varun married Natasha Mittal, the niece of Laxmi Mittal. The Sarafs who live in a mansion-size apartment on the top floor of the Grand Hyatt, hosted two functions at their Hotel, while the other functions were hosted by the Mittals in other hotels. 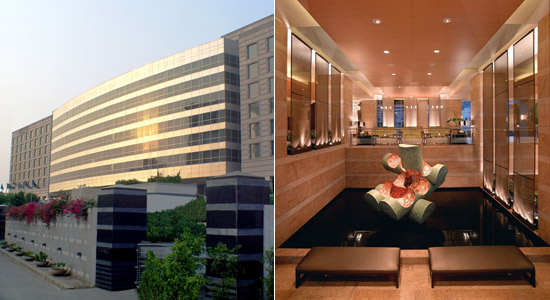 This entry was posted on Monday, December 19th, 2011 at 3:07:00 am and is filed under Celebrity News. You can follow any responses to this entry through the RSS 2.0 feed. Both comments and pings are currently closed.