Akash Ambani and Shloka Mehta are going to dominate the news and social media platforms for a couple of weeks thanks to their celebrity-studded pre-wedding festivities in Switzerland on February 23-25, 2019, and upcoming nuptials in Mumbai on March 9, 2019. They may be household names today, but the young couple has had a relatively ‘normal life’ away from the glare of the spotlight until a few months ago. 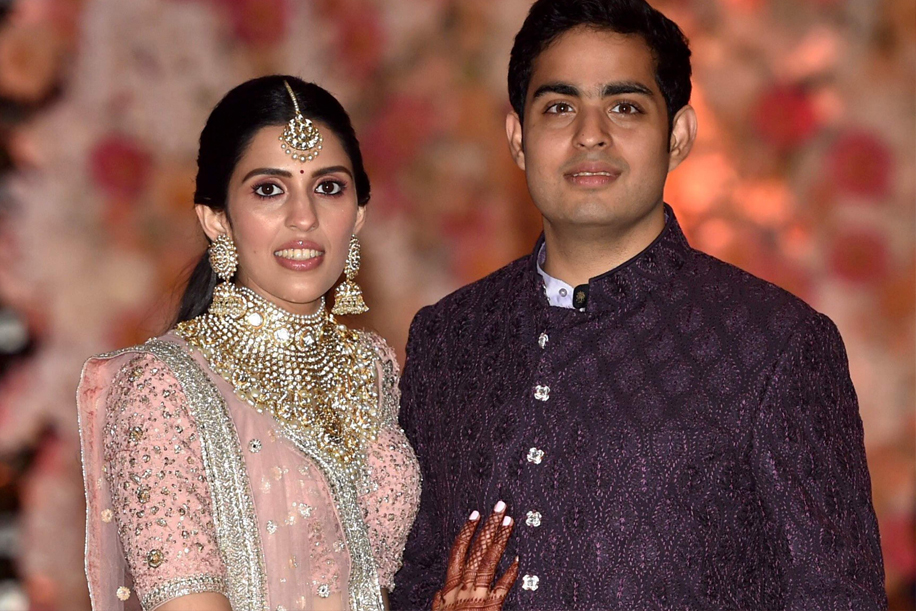 Akash Ambani hails from a famous industrialist family that the country has known about since the days of his grandfather Dhirubhai Ambani who founded Reliance Industries Limited.

Akash’s fiance Shloka Mehta has flown under the public radar till now despite hailing from a mega-wealthy family that is engaged in the diamond trade.

Akash is the son of Mukesh Ambani and Nita Ambani. Mukesh is the Chairman and Managing Director of Reliance Industries Limited which is a Fortune 500 company with interests in petrochemicals, telecom, textiles, and retail. Nita Ambani is the Chairman of the Reliance Foundation as well as the reputed Dhirubhai Ambani International School at BKC, Mumbai which she founded.

Shloka is the daughter of Russell Mehta and Mona Mehta. Russell is the Managing Director of Rosy Blue India, which is the Indian arm of the Belgium-based company Rosy Blue. The Ambanis and Mehtas both have their ancestral roots in Gujarat.

Both Shloka and Akash are based in Mumbai, India. Akash has a twin sister Isha who wed Anand Piramal in December 2018, and a younger brother Anant Ambani. Shloka has an elder brother Viraj and an elder sister Diya.

Akash moved from Campion School to Dhirubhai Ambani International School where he and Shloka were fellow students. They became good friends, and over time, they started dating.

Akash chose to go to Brown University at Rhode Island, US, after finishing school while Shloka headed to Princeton to pursue a Bachelor’s Degree in Anthropology and then studied law at the London School of Economics and Political Science.

Today, both Akash and Shloka are involved in their family businesses. Akash is the Chief Strategy Officer of Jio Telecom, while Shloka is a director of the Rosy Blue Foundation. She also co-founded ConnectFor that links NGOs with volunteers.

Akash and Shloka managed to keep their relationship pretty much out of the public eye. Over the years, they holidayed together with their siblings and tight group of friends, but the media never got a whiff of how serious things were between them. However, speculation about them tying the knot got stronger when Mukesh and Nita attended Shloka’s sister’s wedding in Bahrain in April 2018.

The couple made things official when Akash proposed to Shloka in Goa in March 2018, which was followed by a glitzy engagement ceremony at Antilia, the iconic 27-floor Ambani home, in June 2018.

This entry was posted on Monday, March 4th, 2019 at 5:07:19 pm and is filed under Celebrity News. You can follow any responses to this entry through the RSS 2.0 feed. Both comments and pings are currently closed.