India’s biggest wedding designers including Manish Malhotra, Vandana Mohan, and Seven Steps likely to be roped in for the Ambani-Mehta pre-wedding and wedding celebrations in Switzerland and Mumbai 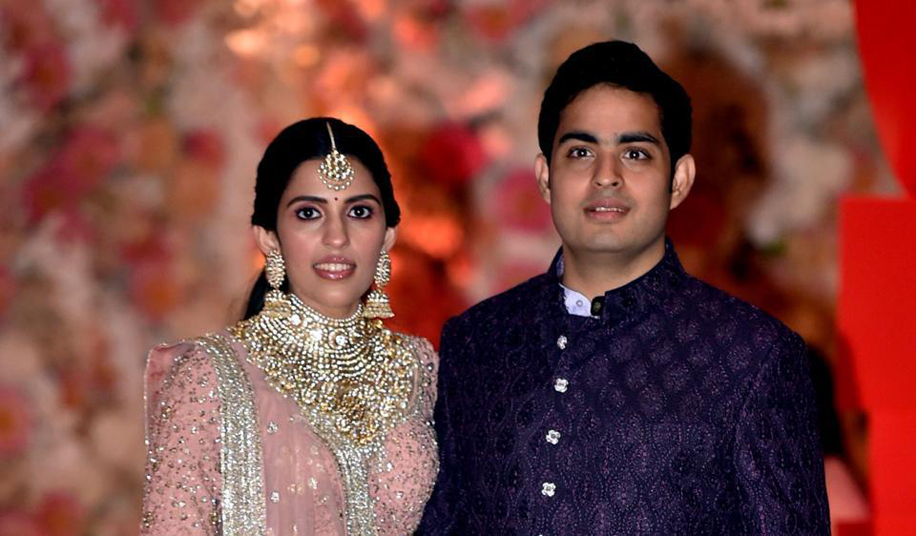 The Ambanis are household names in India, and possibly across the world. Akash Ambani is the son of billionaire Mukesh Ambani who is the chairman and managing director of Reliance Industries Limited. His mother Nita Ambani is the chairperson and founder of the Reliance Foundation and a non-executive director of Reliance Industries. Shloka Mehta is the youngest daughter of the renowned Indian diamond merchant, Russell Mehta. 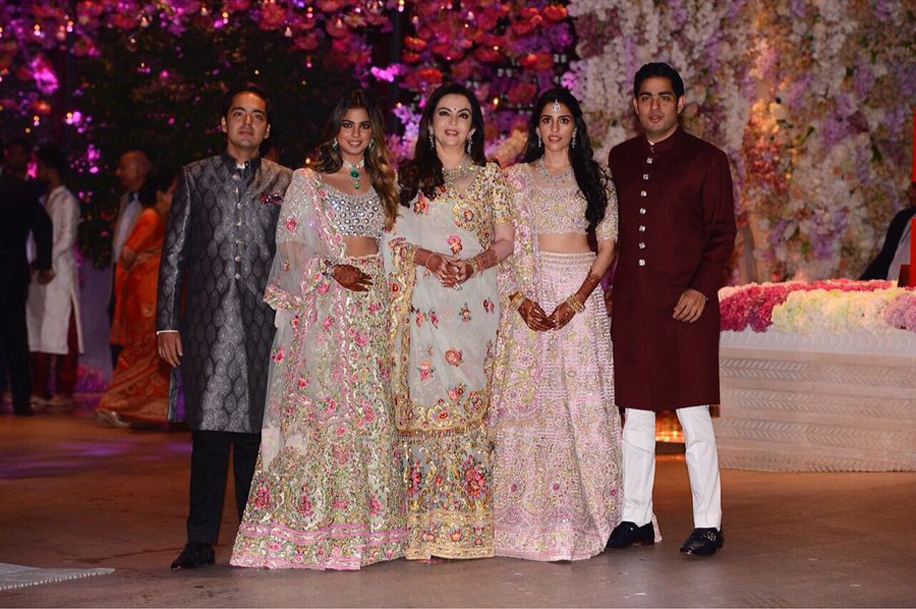 Akash’s twin sister Isha tied the knot with Anand Piramal, son of industrialist Ajay Primal and Swati Piramal, on December 12, 2018. Their celebrations kicked off with an engagement ceremony at Lake Como in Italy and were followed by glitzy pre-wedding events in Udaipur and pheras in their Mumbai mansion called Antilia and or grand reception at Jio Gardens. The Ambani-Piramal nuptials created a sensation on social media once the photos and videos were released. And now, Akash and Shloka’s wedding festivities are bound to do the same!

The calendar of festivities for the Ambani-Mehta wedding will kickstart in February when two private planes bearing around 500 guests will take off from Mumbai for St. Moritz in Switzerland. Bollywood biggies such as Karan Johar and Ranbir Kapoor and the couple’s close friends are expected to attend the three-day pre-wedding party to be held from February 23 – 25, at the popular Swiss holiday resort. India’s top couturier and the family’s favorite designer Manish Malhotra is rumored to be involved in designing the celebrations, along with three UK-based companies who are expected to be curating and executing the fun celebrations.

On March 10, the Mehtas and Ambanis are hosting a lavish ‘Mangal Parv’ party, again at Jio World Centre, for their guests comprising leading names from the political, corporate and business worlds. This will be followed by a glittering reception on March 11, 2019, at the same venue.

As India waits for another larger-than-life wedding to unfold, perhaps not many know about the love story of Akash and Shloka. They met at the Dhirubhai Ambani International School where both were students and became friends. They started dating in High School, and after graduating, they headed abroad for further studies. In March 2018, Akash proposed to Shloka at a private event held during sunset on a Goa beach. They also did a beautiful pre-wedding photo shoot there and were cheered on by their family members and friends who were also present for the occasion.

In June 2018, Akash and Shloka got engaged at an elegant ceremony in their iconic family home called Antilia at Altamonte Road, Mumbai. Bollywood star Shahrukh Khan was the host at the event which was attended by many Bollywood stars, political heavyweights, business contacts and friends. Nita Ambani performed a solo dance at the engagement, as she also did at Isha’s pre-wedding events in Udaipur.

Gearing Up for the Grand Gala

As soon as the families return from Switzerland, there will be additional functions at Antilia among other locations. According to wedding industry insiders, the companies at the helm for designing the wedding and reception at Jio World Centre are New Delhi-based Wedding Design Company (WDC) run by wedding designer extraordinaire Vandana Mohan. A host of design/ event companies including Seven Steps, DNA Entertainment Networks, and many others who were involved with the Isha Ambani-Anand Piramal wedding, are expected to be roped in for the Ambani-Mehta wedding too.

This entry was posted on Friday, February 8th, 2019 at 1:24:24 pm and is filed under Celebrity News. You can follow any responses to this entry through the RSS 2.0 feed. Both comments and pings are currently closed.