Weddings that unite trends with the traditions make for festivities that are a class apart. Such a fine balance doesn’t come easily but WeddingSutra Favorite Milestones to Memories has earned a reputation for creating celebrations defined by uniqueness and elegance. Impressed by their ability to weave magic into events, Kamakshi and Pratik asked them to curate a celebration for them. The couple called aboard WeddingSutra Favorite Puneet Gupta Invitations to craft wedding invites that gave the guests a glimpse into the extravagance months before the big day. 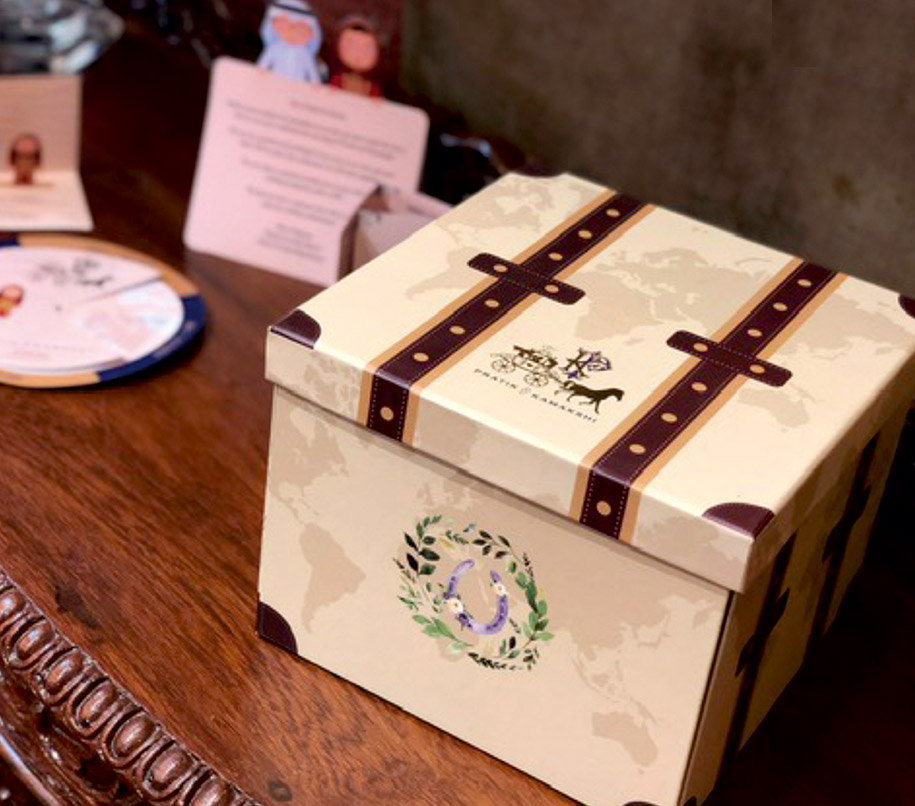 Planned over a period of five months this wedding orchestrated at the Four Seasons Hotel, Bahrain Bay was a combination of great hospitality, joyous relaxation, unlimited fun and unforgettable moments. “The only expectation the families had from us, was to create a memorable experience for all the guests while they were in Bahrain to attend the wedding. After a lot of brainstorming and multiple recces we were able to deliver exactly that,” said Aarti Manocha of Milestones to Memories.

As part of their idea to incorporate local experience into the celebrations, the planners organized each function at a different location to create a celebratory map of the city. Each event was distinct from the previous and brought with it new themes, cuisines, entertainment and more.

Haldi
After checking into the Four Seasons Hotel Bahrain Bay (an architectural statement in itself) guests made their way to the haldi ceremony. The venue was smothered in yellow and orange marigolds and the planners set up the stage with a bridal seating in the same colors.

The lively event was followed by a boisterous baaraat that went on for three hours! “For the baraat we had DJ Aman Nagpa play his repertoire of special baaraat music. To top it off, the beautiful weather and the beats of the dhol pumped up everyone’s energy levels. No one stopped dancing!” Aarti said. Varmala
The varmala was held on the beautiful lawns of the Four Seasons Hotel, Bahrain Bay. The bride arrived by boat and was received by the groom who led her to the varmala stage. She looked resplendent in her red lehenga and makeup done by makeup artist Bianca Hartkopf. The wedding ceremony was conducted on the hotel’s newly built beach. The couple’s contemporary mandap was unlike anything anyone had ever seen before. Vidhi Sharma created a serene atmosphere with songs and chants in her soulful voice. The occasion was graced by His Excellency Shaikh Khaled Bin Humood Al Khalifa. As the couple completed their wedding rituals, fireworks lit up the night sky making for a spectacular sight that left all the guests enthralled. That signaled the beginning of a night of musical entertainment. The planners had organized a performance by singer Amit Gupta who took over the stage during dinner. Then came the after-party where DJ Aman, once again got everyone to shake a leg to retro music from the ‘70s and ‘80s and party classics. Hosted on the terrace of the 51st floor of the property, with 360-degree views of the city, the night was rocking! 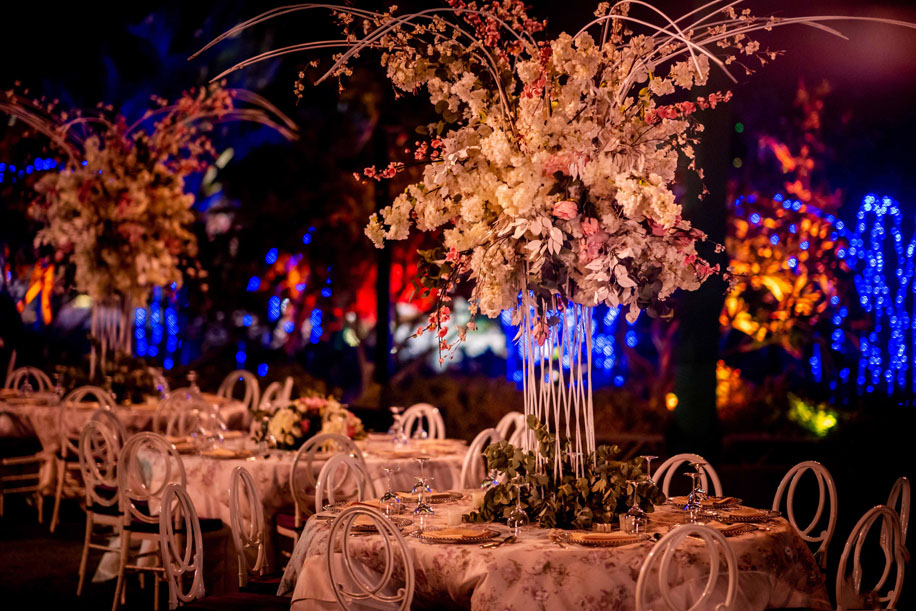 The Manama souk is the most authentic souk on the island with craftsmen who make traditional artifacts. The couple wanted to bring this experience to their guests so Milestones to Memories recreated a souk inside the hotel complete with craftsmen and their wares. Reminiscing, the bride said, “The famous pearls, local spices, and oud were a part of this. The decor was so authentic that the guests just could not believe that they were in the ballroom and not in a true souk!” For a little more authenticity, the planners had a photo-booth with traditional Arab attires on hand so guests could take pictures of themselves wearing the local garb. Belly dancers and their graceful moves were gorgeous eye candy at the event. 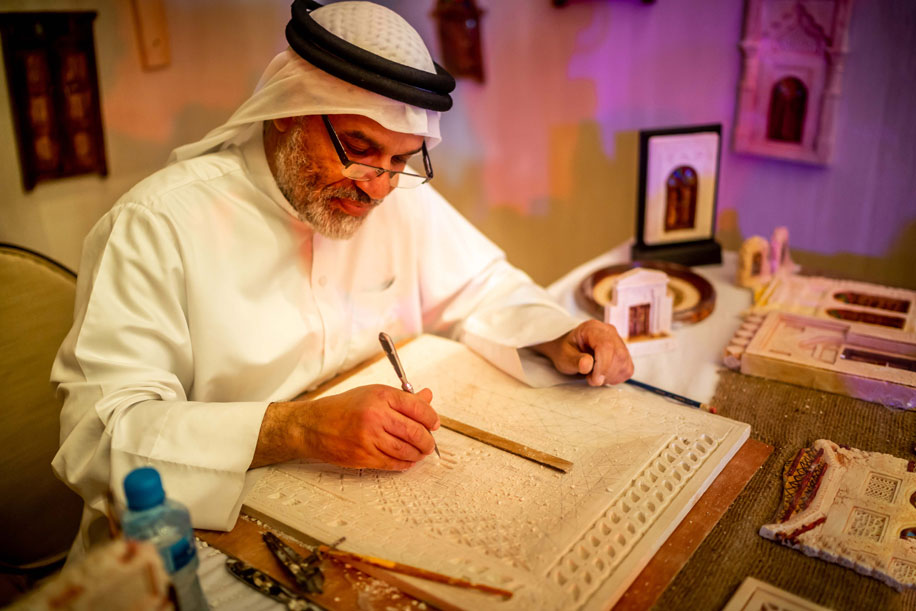 Sangeet
‘Lucid Metal’, the theme of the duo’s sangeet, featured a stage set against the Bahraini skyline. The highlight of the decor was a colossal metal feature suspended above the dance floor. Beautiful metal installations were decorated with bright yellow flowers and the setup looked rather striking. Sachin Jigar and Divya Kumar set the stage on fire and had everyone making their way to the dance floor. DJ Aman Nagpal then made sure no one left until the wee hours. La Familia
Kamakshi and Pratik wanted their wedding to end on a high note and so Milestones to Memories planned a day at the Bahrain International Circuit for their guests. Divided into six teams, guests spent the day enjoying the different activities and games organized for them. The theme was ‘La Familia’ and the atmosphere was fun and competitive. Talking about this day Aarti said, “You could sense the adrenaline rushing through their veins as the teams competed against each other in the game zones. Of course the ultimate battle took place on the tracks when the go-karting race began. This was a unique experience and the guests couldn’t stop talking about how much they enjoyed themselves.” 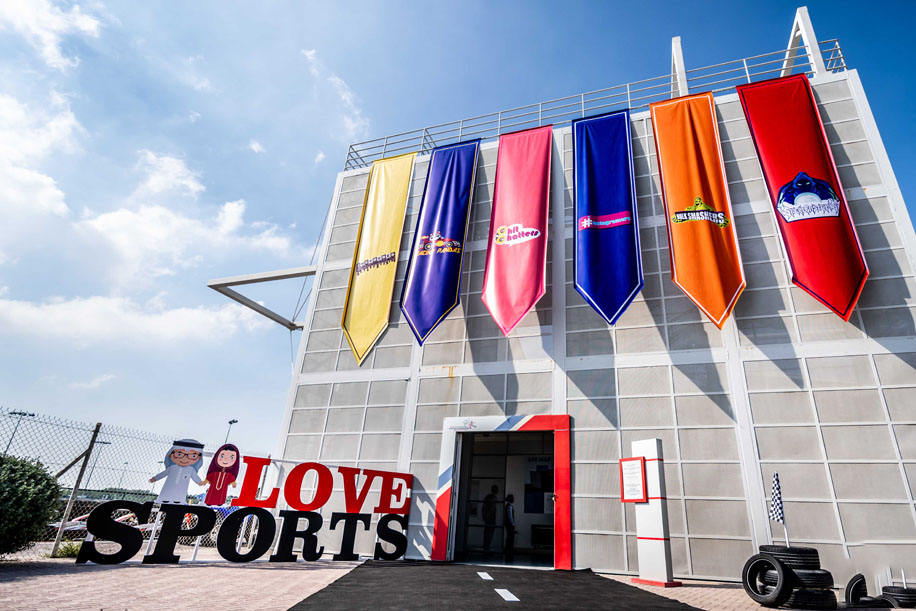 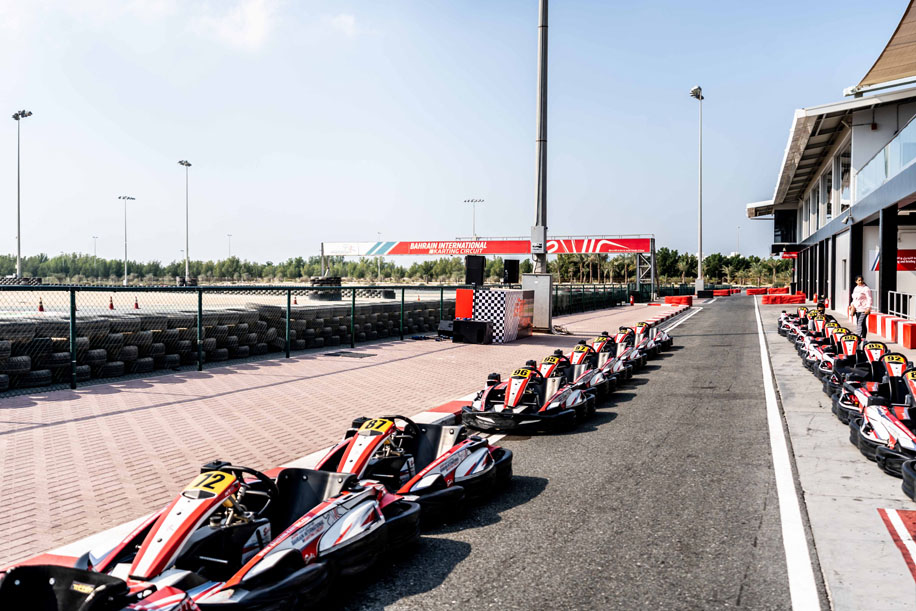 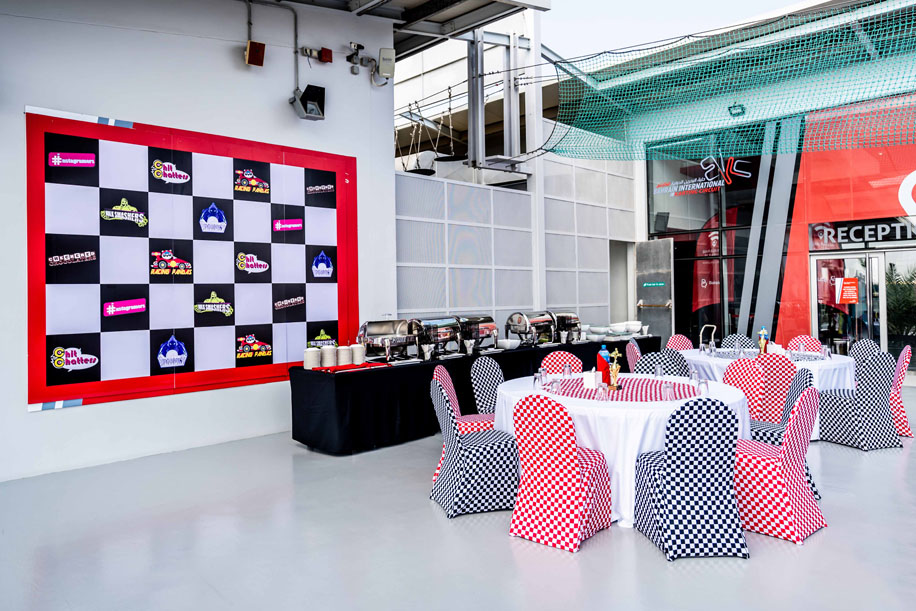 Reception
The reception that evening was a formal affair with chic decor. While all the men were in black tuxedos, the women wore blue gowns. The couple popped champagne and this was followed by heartwarming speeches from their immediate families. 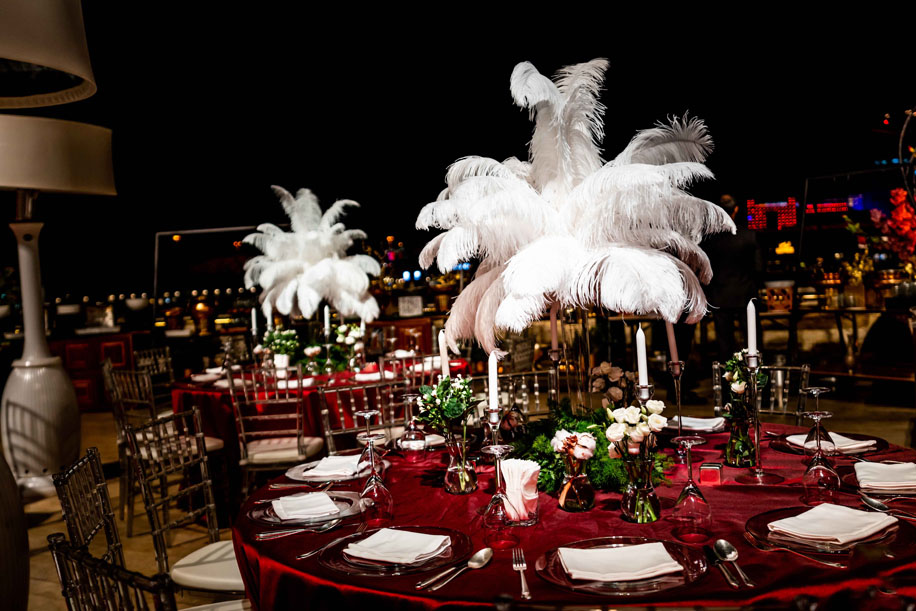 Finally, the festivities concluded leaving everyone with lots of fond memories.

This entry was posted on Wednesday, January 16th, 2019 at 4:03:36 pm and is filed under Destination Weddings, Wedding Planning. You can follow any responses to this entry through the RSS 2.0 feed. Both comments and pings are currently closed.